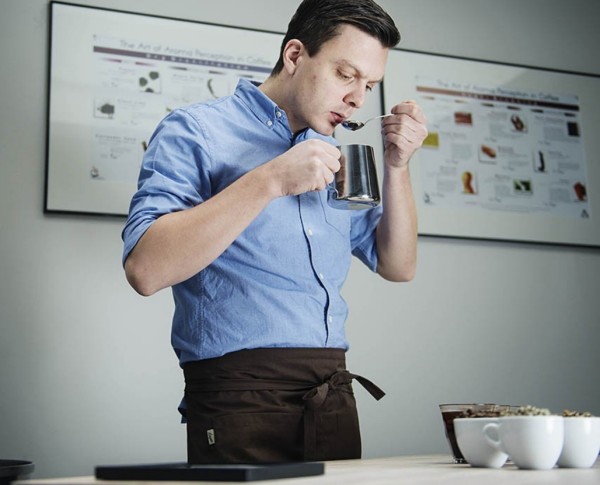 Filmed last November, the series is being produced and hosted by the Norwegian news agency Aftenposten. A preview of the series is available here. The series is in Norwegian and is primarily designed for “home baristas.” But after watching Todd Carmichael of La Colombe slice his navel and get drunk on shine during a new episode of the Travel Channel’s “Dangerous Grounds” last night, we take the stance that any coffee TV is good TV.

Here’s more from Wendelboe on what to expect from the Aftenposten series:

In the series I will show you what equipment you need to make great coffee, give you tips about what beans to buy and how to brew tasty coffee at home. I will show you how to make a pour over coffee, espresso and even a tasty Irish coffee (Yes, it is possible!)

We also managed to get enough funds in order to go to Colombia and film 4 episodes about how coffee is grown and processed. You will be able to see some unique footage from Finca Tamana and follow the coffee all the way back to Norway.

Great!! Seems as it’s going to be a great coffee series… Do you know if there is a way for non norwegian people to stay tuned? Cheers!