Part of Coffee Week NL, the Amsterdam Coffee Festival is making its inaugural debut this Friday, May 2, through Saturday, May 3, at the NDSM, and abandoned shipyard turned city-sponsored arts and event space. Organizer Allegra Events expects as many as 5,000 coffee professionals to attend.

The show will be host to all of the SCAE NL chapter competition events (Barista Championship, Tasters Cup, Brewers Cup and Latte Art Championship). A “True Artisan Cafe” will be supplied and manned by some of the most-respected names in Dutch coffee, including Espressofabriek, Blommers, Boon, CoffeeXperts, Bakers & Roasters, Dolce Alchemia, Brazuca Coffee, Borgman en Borgman and Lot 61. 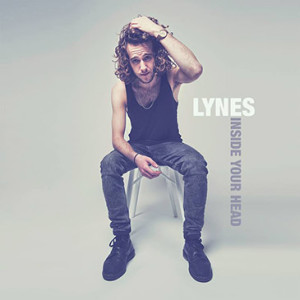 Lynes, performing Friday night, wants to get “inside your head.”

As for education, “The Lab” will include nine sessions led largely by Dutch roasters and retailers, with subjects ranging from direct trade strategies, retail success and technical brewing demos to certifications and numerous professional development issues. Roaster manufacturer Giesen is also sponsoring a roasting demo and cupping area that will also host the Dutch Roasting Championship program and awards ceremony. The event will also include the Dutch premier of “A Film About Coffee,” which got some rave reviews following its international theatrical debut in Seattle this past weekend.

(more: A Look Back at A Really Big SCAA 2014 in Seattle (Plus Photo Gallery))

The inaugural show is being produced by the events division of the Allegra Group, which provided a dramatic facelift to the London Coffee Festival last month, tying the traditional trade show and competition forum in with a fashion and lifestyle event called Milk & Sugar.

The inaugural Amsterdam event is similarly lifestyle-heavy, with mobile street food carts providing the food vending, and a really heavy emphasis on music programming. There are currently 19 acts scheduled to perform, from folky singer/songwriters in the levenslied tradition to rock bands and DJs.