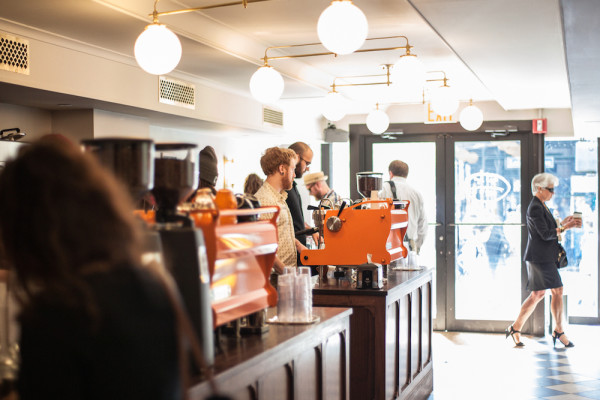 New York’s Cafe Grumpy has officially opened inside the Lexington Passage at the Grand Central Station.

Much has been made of the symbolic significance of the Grumpy opening, as it supplants a Starbucks store after the company’s lease ended, and the city’s Metro Transit Authority prohibited large chains from bidding on the space. Whether a win for the little guy, a watershed moment in New York coffee or a sign of the mutual maturity of a generation of coffee consumers and roasters/sellers, the opening is a big deal.

It is worth noting that Cafe Grumpy is not the only reasonably local chain option for coffee and espresso in the Grand Central Terminal. Other existing players in the dining corridor include Joe, Oren’s Daily Roast, Financier Patisserie and Irving Farm Coffee Roasters.

Grumpy’s Grand Central outpost is the company’s sixth, reflecting a slow but steady expansion since Caroline Bell and Chris Timbrell opened their original cafe in Greenpoint. The high-traffic spot will be supported by Grumpy’s recently expanded roasting operation led by head roaster Liam Singer and its own Lower East Side bakery, while Grumpy-brand-orange Synesso espresso machines sit prominently atop the bar.

The cafe can be accessed from outside at 89 East 42nd Street, opening at 6 a.m. weekdays and 7 a.m. weekends. 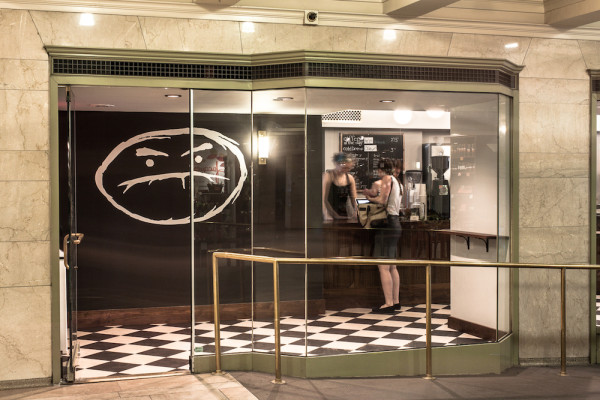