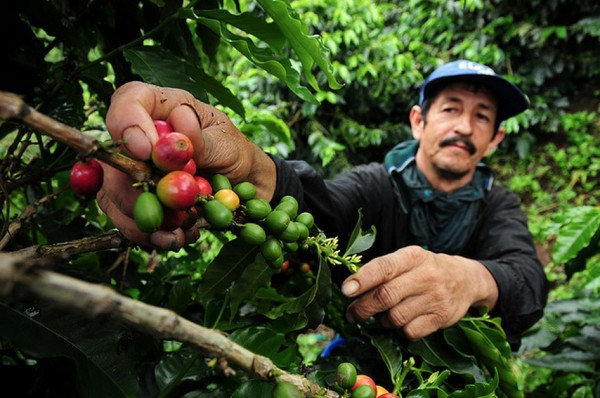 Make no mistake, food scarcity among smallholders and hired farmworkers alike remains a serious issue throughout the coffeelands. Look no further than these recent headlines:

Inside the SCAA’s ‘Blueprint’ to End Hunger Among Coffee Farmers

That reading aside, a new study from the Center for Tropical Agriculture (CIAT) and the Agroecology and Rural Livelihoods Group (ARLG) of the University of Vermont, in partnership with Keurig Green Mountain, suggests that roasters can indeed have a positive impact on reducing food scarcity among the people within their supply chain.

“The Thin Months Revisited,” released this week, is a follow-up to the seminal 2007 study by led by the same organizations that is described by Keurig Green Mountain social advocacy and supply chain outreach director Rick Peyser as having had “a sobering effect” on the company and the fair trade community at large. The 2007 baseline study “was intended to determine the state of affairs for coffee farmers in Latin American communities where the company sources its coffee,” and the state of affairs was not good: 67 percent of farmers surveyed reported extreme food scarcity for three to eight months a year.

The report led Keurig Green Mountain, in partnership with numerous NGOs working to fight hunger in Central and South America, to invest some $15 million dollars over the past three years in food security programs in its own supply chain, and create the film “After the Harvest” to show the world the effects of “the thin months” on coffee farming families.

The 2013 study revisited many of the same smallholders in Mexico, Guatemala and Nicaragua to determine if conditions had changed, and if so, in which direction.

“Our study was able to provide a direct link between the projects that Keurig Green Mountain funded and a reduction in the number of thin months experienced by some families in Chiapas and Nicaragua,” said Ernesto Méndez, UVM professor and lead of the Agroecology and Rural Livelihoods Group (ARLG). “In Chiapas specifically, families participating in food security projects decreased the number of thin months twice as much as those who did not participate.”

That is not to say that food scarcity was eradicated. According to the new survey, the average number of “thin months” in the coffee communities surveyed was down from 3.81 in 2007 to 2.83. That is still a quarter of a year of extreme food scarcity.

Many of the improvements were found among farmers who incorporated food crops into their farm operations. “Diversifying into other crops helps smooth out household income across the year and makes families more resilient to a volatile coffee market,” said Peyser. “A more resilient farmer will continue producing coffee and supply us with the quality and quantity we need to grow our business.”

Work remains to be done. This according to Keurig Green Mountain:

While conditions have improved since 2007, food security and other aspects of social and economic development remain a serious issue in Mexico and Central America. Not only do many farmers still struggle to get through the “thin months,” but they must also contend with the growing pressure that climate change has put on the natural resources needed by farmers to grow food and coffee.

Here is the new study in full:

Excuse my cynicism but GMCR and others that i won’t mention have the capacity to TOTALLY eradicate the hunger problem in Central America and Mexico by simply paying a decent price for the coffee they buy.

Everybody is always showing off with concerned efforts, studies and fancy programs but bottom line is that their buying practices are focused on getting the lowest possible price for the best possible coffee and the intermediaries are the ones making a killing with the effort of the peasants; the money they spend “communicating” the efforts will be better spent making the price fairer.

If the attitude of paying less for best does not change the hunger months will never disappear. And let me add that the hunger months are not 2 or 3, the hunger months are 12, every year, with people enduring substandard diets because they can’t make ends meet. It is easy to present hopeful numbers with reductions but these farmers need a radical change in their lives, and the companies that buy their coffee have the power to enact it.

The “other” coffee company posted an obscene profit last year because the coffee prices were 15% below cost. Is that fair? How much more money did GMCR make because of falling coffee prices?