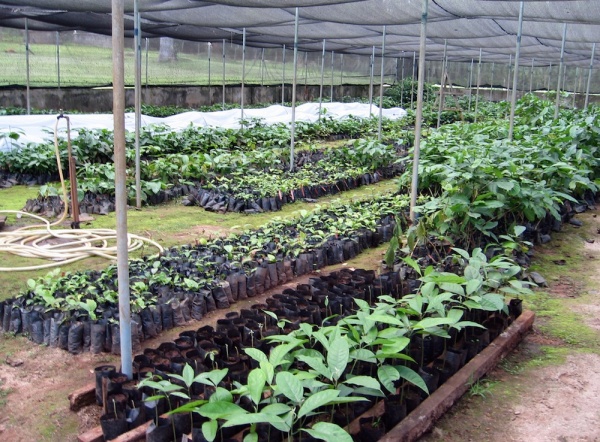 An international team of scientists say they have discovered a kind of genetic roadmap that may help increase our collective understanding of caffeine, explain flavor and aroma characteristics, and help producers with breeding for quality and disease resistance. In the process, the group also raises questions about the potential for further genetic modification of coffee.

In a study published yesterday in Science, researchers say they have completed first-of-its kind genome sequencing of the Coffea canephora (Robusta) plant, introducing some surprising conclusions about coffee’s genetic history, especially as it compares to other caffeine-producing plants, such as cocoa and tea, as well as grapes.

The study was led by researchers at the French Institute of Research for Development, the French National Sequencing Center, and the University at Buffalo, with contributions from scientists at institutions in Italy, Canada, Germany, China, Spain, Indonesia, Brazil, Australia and India.

The group described the research as representing the first “high-quality draft of the genome of Coffea canephora.”

“The coffee genome helps us understand what’s exciting about coffee — other than that it wakes me up in the morning,” says Victor Albert, a professor of biological sciences at the University of Buffalo, who is one of the study’s lead authors. “By looking at which families of genes expanded in the plant, and the relationship between the genome structure of coffee and other species, we were able to learn about coffee’s independent pathway in evolution, including — excitingly — the story of caffeine.”

As it turns out, the story of coffee’s caffeine may be a unique one. Researchers suggest that coffee’s expanded collection N-methyltransferases, enzymes that are involved in making caffeine, seem to have developed independently, rather than coming from an ancestor common to other caffeine-containing plants such as cocoa and tea.

The researchers say this discovery may have important implications in nature, as other scientists have theorized that caffeine can help plants repel insects, stunt the growth of competing plants, and create human-like attractions to coffee from pollinators important to biodiversity and plant productivity.

Despite the political and ethical questions surrounding the genetic modification of plants and and animals that enter the marketplace as food, the scientists suggest the sum of this latest research should be a kind of call to action for other researchers working to improve coffee farming and breeding practices.

“The danger to the coffee crop should provide an incentive for all stakeholders to initiate international collaborations in genomic-assisted breeding projects and germ plasm conservation with poor, coffee-exporting countries,” Dani Zamir, a researcher at the Hebrew University of Jerusalem’s Institute of Plant Sciences and Genetics, wrote in Science.

Hullo am a
farmer looking for more profitable coffee type that can give more yield, and more resistant to weavers or disease in our country Uganda we have 500acres of coffee plantation
thanks i will be gratefully when you reply
yours mukasa stephen