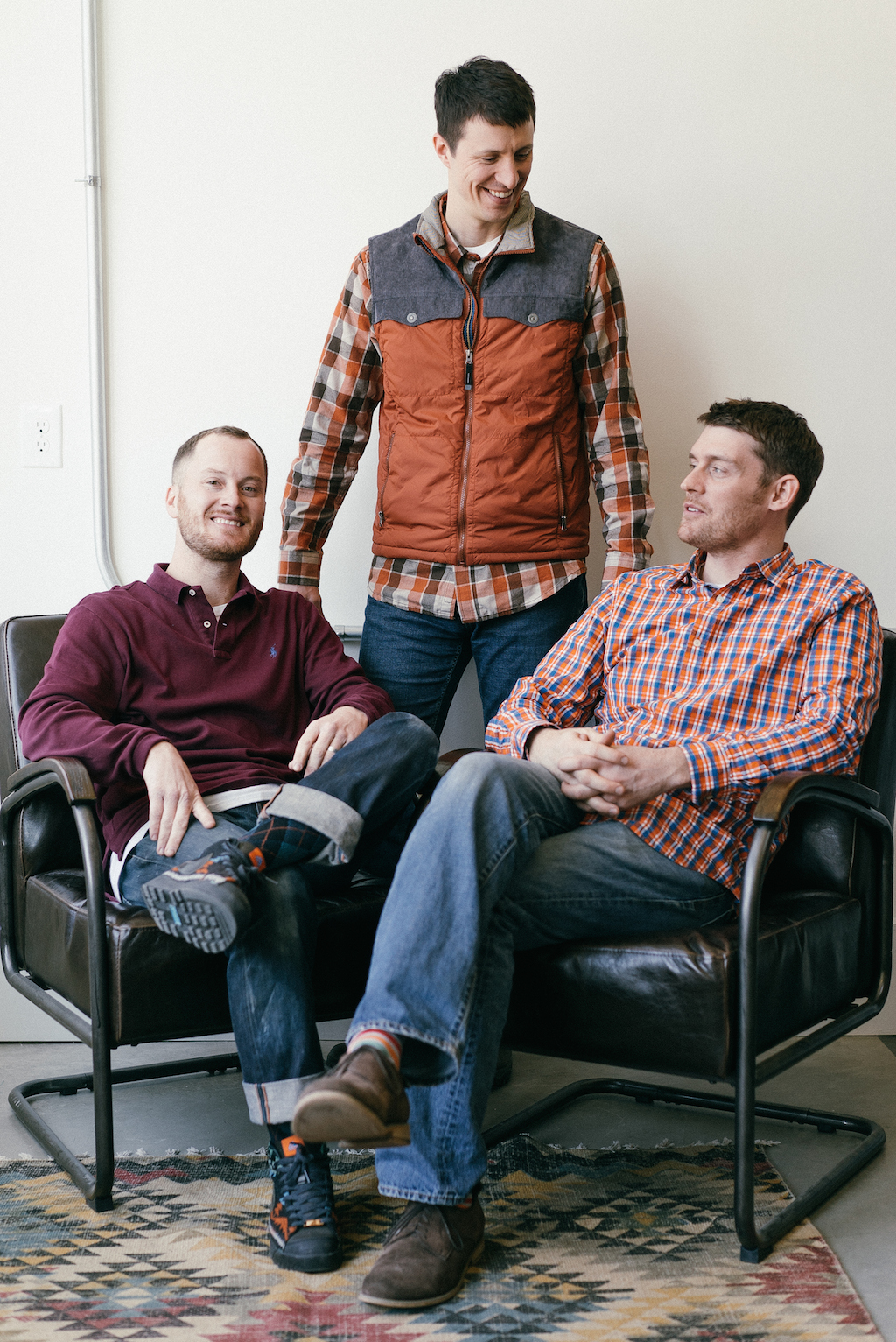 Good Folks Coffee Company has officially unveiled its inaugural lineup of wholesale and online retail offerings, a few months after having turned on new lights in a fully rehabilitated building at 1151 S. Shelby St. in the Shelby Park neighborhood of Louisville, Ky.

Prior to occupying the former woodworking shop they now call home, owner Matt Argo ran his operation out of a space adjoining the Music Go Round used instrument store at 3640 S Hurstbourne Pkwy., although at that point Good Folks was only a sub-brand of the Argo Sons coffee company he ran with his cousin Adam Argo.

Argo Sons put out what seemed like an approachable-enough product — coffee, just really great coffee. But to get their point across and win coffee drinkers away from other brands on supermarket shelves, the Argos concocted the Good Folks Coffee blend and brand as a sort of experiment in offering an equally high-quality product but with simpler, more familiar-seeming packaging. 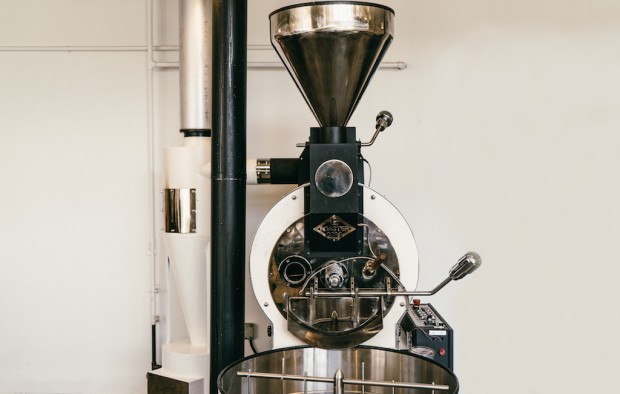 Coffees were categorized as Original, Strong and Bright, and were primary-color-coded blue, red and yellow, respectively. This turned out to be a winning strategy for the supermarket set, as it sold well and was apparently embraced by Louisville-area consumers with less confusion. “We were like, ‘this is interesting, this is leading to different conversations,'” Matt Argo told Daily Coffee News.

Then when Adam Argo parted ways with the Argo Sons coffee business in late 2014, Matt Argo became the sole owner and sole son-of-an-Argo left supporting the moniker. So when the opportunity came last year to remodel a decrepit but freestanding building into a roastery with the support of an investment from the nonprofit redevelopment group Access Ventures, it seemed like the right time to do a sort of brand remodeling as well. The Argo Sons moniker was retired, “Good Folks” became the name on the marquee and the company relaunched with 100 percent of its existing clientele still on board and growing. 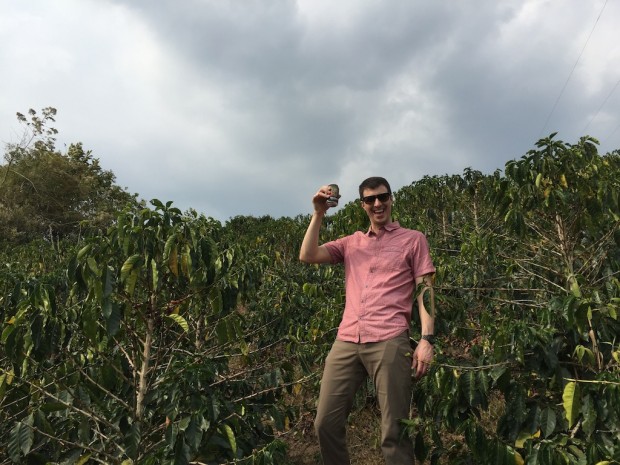 “We could put a bag of something called ‘regular coffee’ on the self and somebody would snag it in a heartbeat. You put a bag of Ethiopia Yirgacheffe and list the varietal and the elevation and somebody is intimated by that,” Matt Argo told Daily Coffee News. “We wanted to build a brand where we just want to roast great coffee, but we want to roast great coffee for good folks and we don’t want them to be confused on the first interaction with our brand.”

Apart from the friendly name and simplified descriptions, there’s also a system of three different colors: White bags for single-origins, craft bags for blends and black bags for their seasonal and their year-round Fast Track espresso. 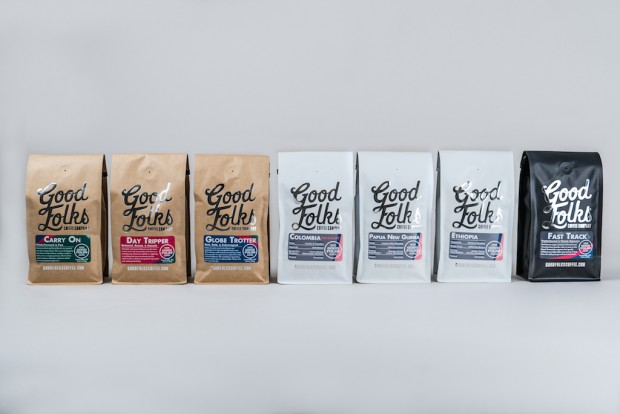 Argo Sons started off on a 5-kilo US Roaster machine and added a sample roaster and a mighty 23-kilo US Roaster last year, all of which now constitutes the Good Folks production arsenal in the approximately 2,000-square-foot space. It’s a compact company of exactly three employees — owner and founder Matt Argo, lead roaster Zach Hensley and sales director Brad Anthony. With such a small team it makes expeditions to origin a tricky endeavor to plan, although the size of their business still allows for fairly regular travels.

Argo just got back from a trip to Colombia last week and will be heading to Costa Rica next month, with both trips facilitated by their importing partner Cafe Imports. Hensley also travels to origin for the company when possible. “We try to travel as much as our small team and time allow,” said Argo. 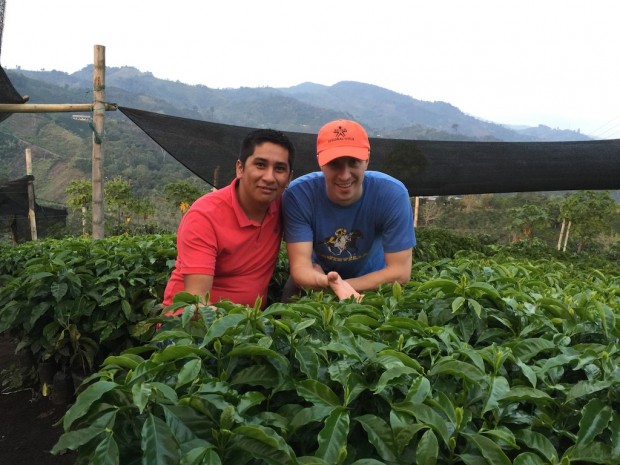 Going forward, Good Folks will continue to grow its business more or less as it has, sticking with wholesale and online retail with no intention to go the café route. “I always laugh and say someday I’m going to retire and open a coffee shop,” said Argo. “We love the model that we have. We can stay a small team and cover a pretty wide gap.”

Though Argo remained tight-lipped about what’s next for the product line, he hinted that it may “possibly” be something ready to drink, saying only, “It’ll be a nod to Kentucky, it’ll be a fun thing and I think people outside will appreciate it as well.” 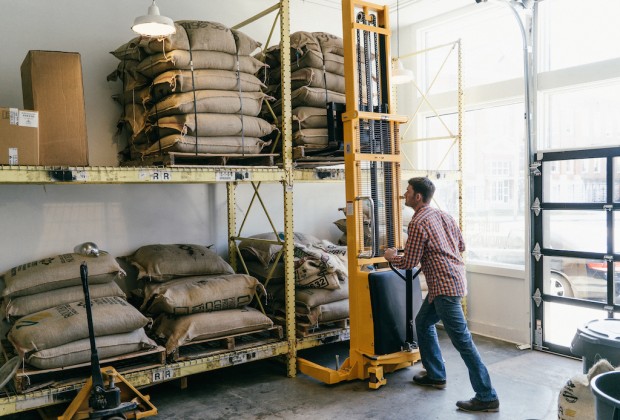 They really do make great coffee! I was there last year with my husband and it was superb, I just loved it. I also bought an espresso when I was there from one of there workers (http://www.espressomachinejudge.com/) its been awesome, I am such a coffee fiend.