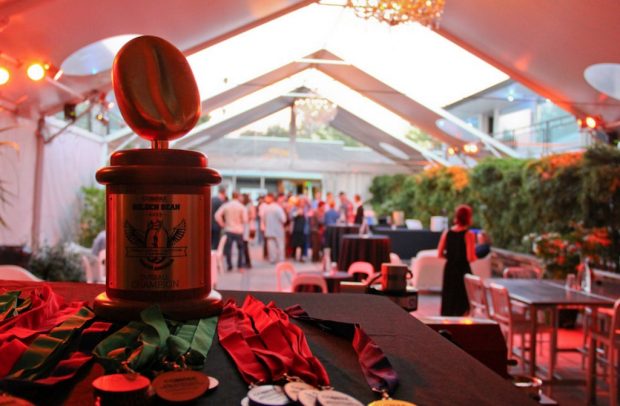 From the 2015 Golden Bean North America.

A long-running competition, education and networking event for roasters in Australia, the Compak Golden Bean Coffee Roasters Competition and Awards is returning to North America for a second year, taking place in Portland Ore., from Sept. 14-17.

The Golden Bean team reported last week that 80 roasting delegates have already registered to take part in the competition, in which commercial coffee roasters roast coffees of their choosing that will be judged in a number of interesting categories, including espresso, milk-based, North American-grown (milk-based), organic espresso, single-origin espresso, decaffeinated (milk-based), pourover filter, chain espresso, and chain milk-based.

There will also be an overall competition winner based on highest scores from the milk-based and espresso coffee categories combined. Last year’s overall winner was longtime roaster and owner of Southern California’s Klatch Coffee, Mike Perry. 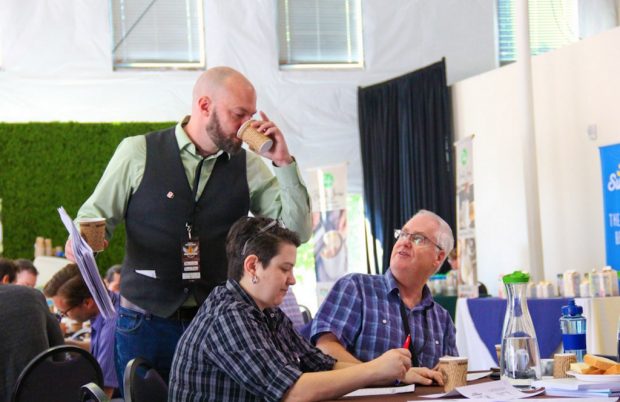 Roasters may submit coffees in bags provided by Golden Bean (see all the contest rules and deadlines here), and the group is encouraging participating roasters to attend the event to act as delegates/judges, who will be calibrated by the competition’s head judges, Australian roaster and consultant Anne Cooper and American former World Barista Champion Pete Licata. Roasters may also submit coffee without attending the event, or they may simply attend for the educational programming and networking.

“I can see how this competition rewards the roasters who are the skilled artisans behind the whole supply chain,” said Golden Bean organizer Sean Edwards. “Often the roaster misses out on the recognition as the coffee business focus has been very barista orientated.” 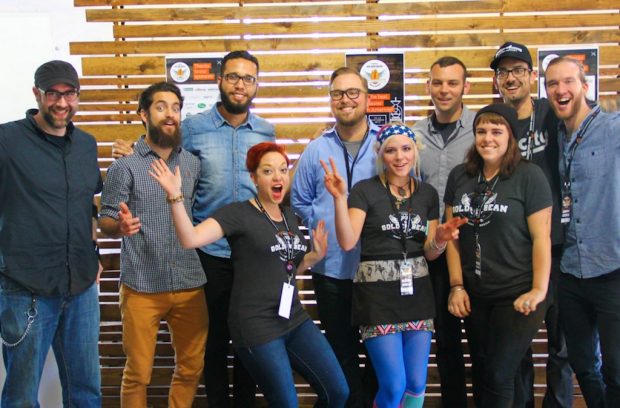 For its North American competition, Golden Bean has partnered with Portland-based Bellissimo Coffee Advisors and the American Barista School. Each evening will include a networking dinner, and the week will end with a formal awards dinner.