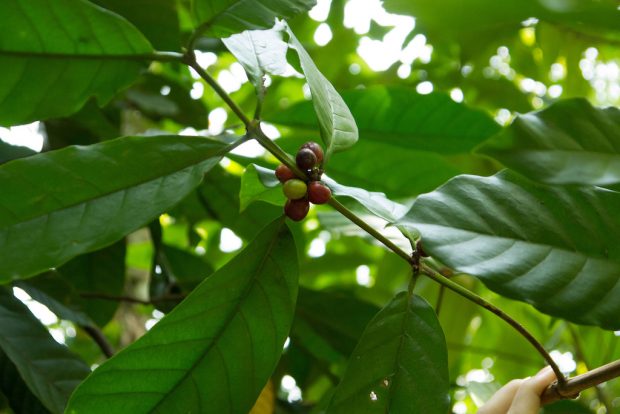 (editor’s note: This is the fifth post in an ongoing series in which members of the SCAA Sustainability Council will be addressing their current work, while sharing opportunities and insight for coffee industry involvement.)

This change in temperature alone could be enough to affect the delicate microclimates where coffee grows, but climate change also affects weather patterns more broadly, threatening the supply of coffee and the livelihoods of the people who depend on it.

Climate Change Throughout the Chain

Just how much is emitted by what parts of the coffee supply chain differs coffee-to-coffee — it depends on the use of fertilizers on the farm, how it traveled to the country of consumption, and how it was brewed, among other factors. The most well-known of many studies on the topic (found here and here) identify the farm and the café as the two biggest sources of emissions in the coffee supply chain.

Climate change is a daunting problem for the coffee industry because of its interconnectedness to global supply chains and economies. Changes in temperature and other climatic variables like rainfall patterns and extreme weather events directly impact a coffee plant’s biological function. Lack of rain or rain at the wrong time, for example, interfere with the plant’s ability to process nutrients and can cause unseasonal flowering and cherry growth.

Moving just one step further in the lifecycle of coffee, these same rain issues can impact a producer’s ability to process and dry coffee properly. Interference with plant biology and the ability to process properly are both very likely to negatively impact the quality of a coffee, meaning that producer gets paid less, likely pays his/her workers less, and has less income to spend in the community. 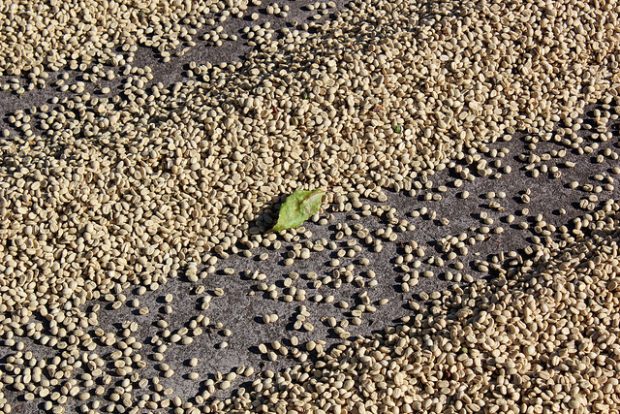 Without continuing to examine these impacts step by step, it’s easy to see how what starts as a climatic problem can quickly lead to less resilient coffee-growing communities and increased risk to the stable supply of quality coffee.

Climate change is a tricky sustainability issue because it’s hard to identify any social, environmental or fiscal aspects of sustainability that won’t be affected, either directly or indirectly through the process described above. This can be daunting and make it difficult for people to know where to begin. These are exactly the reasons the SCAA Sustainability Council chose climate change as one of our focus issues.

The climate change workstream of the SCAA Sustainability Council wants to help the coffee industry address the issue from both of these angles. Because of its complex nature, the “right” responses to climate change will differ for farmers vs. roasters, for large entities vs. small, for non-profits in Kenya vs. Guatemala.

The first project to come out of this workstream will be a white paper that fills in the details behind much of what’s been mentioned here: how climate change is impacting coffee production and what people can do about it, including case studies from successful projects. For people who want a more visual summary, the SCAA will also produce an infographic poster focusing specifically on impacts.

Our workstream is also exploring the idea of a climate change resource library. Unlike some of the other issues in coffee, such as farmworkers, there are a lot more scientific studies, scholarly articles, and case studies available on climate change. There are so many that it can be difficult to find those related specifically to what you’d like to know without spending a lot of time digging through academic-style information heavy with scientific jargon.

The resource library will be a digital platform that does that digging for the user. Articles will be categorized by topic and summarized in a few sentences, including identifying information specific to the coffee industry. The library will also contain more general information including key points to understand and concrete ways to take action. The workstream is working on a prototype this fall and will soon begin the process of getting feedback from different user groups on this prototype before launching in 2017.

Climate change is one of the most complex and far-reaching issues the coffee industry is facing. No one person or company will be able to address it on their own, but the collective impact of these individual actions has the potential to be transformative.

Meredith Taylor
Meredith has worked in specialty coffee for eight years. She has an educational background in environmental policy and enjoys drawing on this experience for her work on the SCAA Sustainability Council and her current role as Sustainability Manager at Counter Culture Coffee.