Nashville’s Garage Coffee Plans to Park in Austin and L.A. 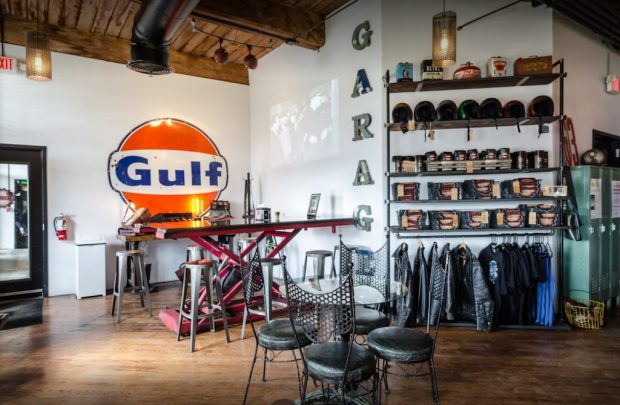 Nashville, Tenn.-based Garage Coffee Company is revving up for some significant expansion. With its roasting facility in New Jersey supplying two successful retail cafes in Nashville, cofounders Robert Camardo and Rich Dorsi are plotting multiple additional shops in Austin, with Southern California also on the horizon.

“Nashville and Austin are often compared to one another,” Camardo told Daily Coffee News. “I think the natural progression would be to get a foot in the door with a coffee shop, get the name out there, wholesale our roasts. Then go with full-blown, three meals a day, seven days a week, with music on every night.”

These two steps are essentially the same as how the company has grown in Nashville, with a flagship coffeehouse opening in 2012 and a larger, 5,000-square-foot second location that opened last year in partnership with music venue company The Family Wash. Details on the lease for a 3,000-square-foot location in Austin are still being ironed out.

“It’s amazing,” Camardo said of the Family Wash co-venture venue/coffeehouse in Nashville. “But you do need space for a stage and whatnot, and food prep, to do it right. You’d be forcing that into 3,000 square feet.” 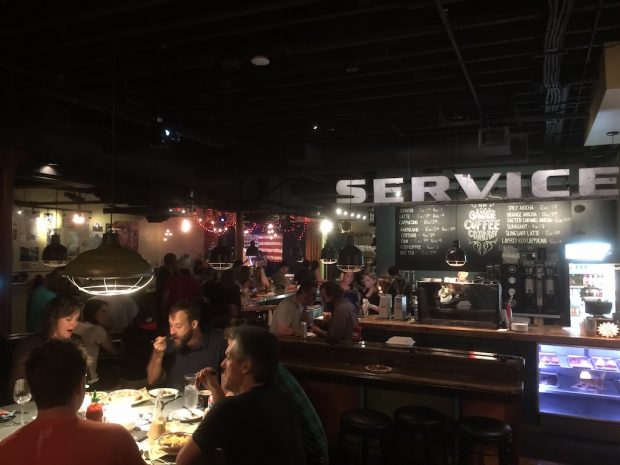 When the time comes to branch out into a food-inclusive performance hall coffeehouse in Austin, Camardo said he hopes to bring Family Wash in as the partner there as well. Partnerships and friendships have guided the entirety of Camardo’s adventures in coffee, after all.

Six years ago in New Jersey, which is where Camardo is originally from, he had been working for 20-plus years as a Wall Street stock broker, and was fed up, at long last, with the lack of decent coffee.

“Jokingly I said, ‘I bet I could make a better coffee than this if I put my mind to it,'” he said. “And the guy sitting next to me said, ‘Yeah? I could probably help you with that.'”

That guy was Rich Dorsi, who it turned out happened also to be a silent partner in a coffee company based in Los Angeles, Calif., where every few months Dorsi would visit and spend most of his time sitting in with the roaster, learning to roast. “He said these words to me: ‘If I could roast coffee and play my guitar all day long, things would be wonderful.'”

The duo were from then on determined to follow their dreams. In their earliest investigations of the logistics of starting a roasting business, they came into contact with Lance Wetzel of Oakland, N.J.-based Coffee Roasters, Inc. who took them under his wing.

They used his facility to study roast profiling and shape their early products, and used his connections to determine resources such as coffee packaging, shipping materials, and green coffee sourcing as well, which they do entirely through Royal Coffee New York.

“He let us do our thing,” said Camardo. “The guy believed in our quest, and was like a brother. He goes above and beyond and it couldn’t be better. We have wonderful relationship, he’s a very generous guy.”

Camardo actually still works on the stock market with a Wall Street firm, but a different one now, and he does it from Nashville while balancing everything else, including a side business of designing and manufacturing leather bags for Harley Davidson motorcycles that predates the coffee business but came about in a similar way. Said Camardo, “Same thing. I got a bag, it was horrible. I was like, ‘it seems like I could make a better one than this.'” 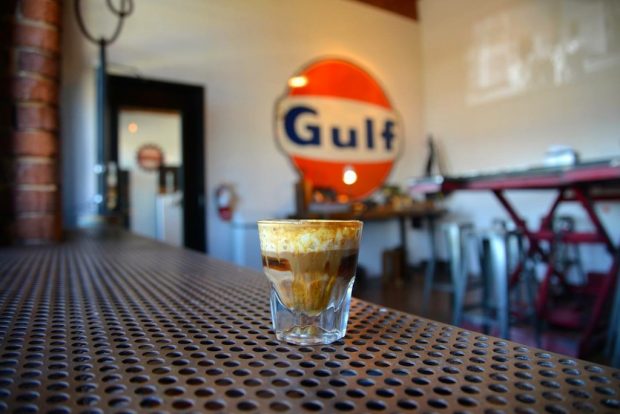 Camardo looks forward to a time when he can return a bit of focus to the bag-making craft. His love of motorcycles obviously informs the aesthetic of Garage Coffee, whose flagship features a hydraulic lift welded to remain fixed at an appropriate height to provide conversation-starting seating for about eight people. But for now has his plate is more than full with a retail expansion to plan.

The roastery in New Jersey, from which Dorsi roasts and ships to Tennessee and all wholesale accounts, has just upgraded, with the help of Lance Wetzel, from their original Probat L12 to a massive Brazilian-made Lilla Opus 10 roaster with a batch capacity of roughly 300 pounds, or potentially 1,500 per hour, according to Camardo. Currently the company is weighing whether to open additional roasteries to serve their targeted territories or to keep growing in New Jersey and partner with Amazon for fulfillment services.

Either way, Camardo said that the hunt is on for knowledgeable and dependable associates that can represent the brand in other markets around the country, to expand the reach of its wholesale department. Beyond Austin, Garage also has designs on locations in California, starting potentially with a café in Calabasus, Calif., outside Los Angeles, although what Camardo describes as “super expensive” real estate prices has relegated a move in that direction to the back burner given everything else going on. Nevertheless, other friends of Camardo and Dorsi are excited to make it happen. “They’ve been begging us to come there. They’ll find a spot, and we’ll take it from there,” he said.

In the meantime, Camardo reluctantly admits that the beloved custom-painted 30-year-old Rancilio Z11 espresso machine in the flagship shop is due for replacement. “It’s on its last legs,” he said. “But it’s a cool-looking machine, everybody loves it. It’s got personality to it.”