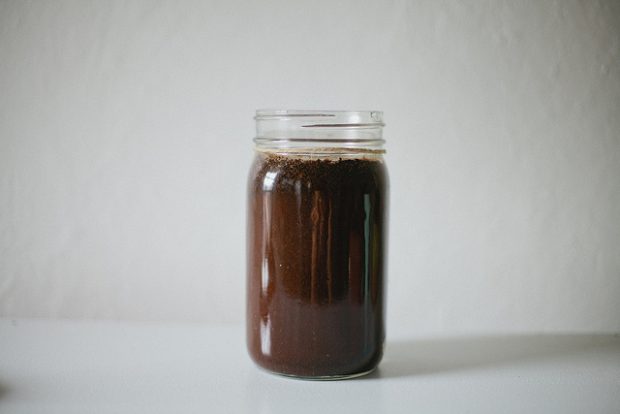 As we noted in our 2016 Year in Review piece regarding coffee served cold, it’s clearly an intensely fast-growing subcategory that shows no signs of slowing down, let alone disappearing.

Established, traditional coffee companies are increasingly identifying cold coffee products as major potential revenue generators either as café menu items, wholesale provisions or RTD packaged beverages. It is also becoming more common for new roasters to launch with RTD coffee products, depending on them as important sources of startup revenue and tools for brand-building. Meanwhile a new breed of coffee companies entirely devoted to cold coffee products is also proliferating, with some even opening brick-and-mortar cafes that serve cold coffee exclusively.

Not only are major capital investments being made in the midst of all of these rapidly expanding businesses, but a lot of time, effort, passion and excitement is invested in these products as well. Skilled coffee professionals are devoting careful attention to dialing in these recipes, sometimes using established methods and in some cases devising entirely new ones in the course of developing what they consider to be the best representations of their coffees and their brands.

It is a critical period for the direction of cold coffee and the industry should hope, as consumers should demand, that coffee companies new and old enter this new era with a baseline understanding and respect for the Specialty Coffee ethos: A consistent reinforcement of the ideas that each coffee is unique, cold or otherwise; that quality always has value; and that it is unjust to paint with broad strokes the work of so many skilled and independent craftspeople, including the growers, roasters and brewers.

To that end, the first step in respecting the differences that exist in cold coffee is by embracing the fact that not all of it is technically “cold brew.”

Cold brew is indeed the dominant brewing method of today’s cold coffee world, and its popularity is probably responsible for the sweeping, snowballing trend. It is also, however, only one among many methods used to make cold coffee. It is our collective responsibility as journalists and as specialty coffee professionals, respectively, to use precise language in the identifying, respecting and celebrating the differences that exist.

A quality-oriented craft beer brewer would not categorize a product simply as “beer,” for example, without even clarifying whether it’s a lager or an ale. Similarly, when we discuss other coffee bar menu items, we differentiate between mechanized batch brew versus manual pourover, despite what might otherwise look like identical products in the end.

Here we present a primer on the various cold coffee brewing practices currently lending distinction to different products on the market, on shelves and in cafes. Given the occasional proprietary secret, there are surely other methods in use that we don’t actually know enough about to include here; for example, Bona Fide Craft Draft provides cold coffee brewing and kegging services to roasters using an oxygen-free, vacuum-pressurized procedure that includes a hot brewing stage. But of the methods that lend themselves to easier categorization, these are the ones we’ve come across most frequently:

Cold Brew: Coffee steeped in water that’s not hot (i.e. cold, or room temperature) for an extended period of time, typically anywhere from eight to 24 hours. The ratio of coffee to water is often, but not always, aimed at yielding a concentrate intended to be diluted with ice and/or milk upon serving.

Japanese Iced Coffee: Also sometimes called “flash-chilled” or “flash-brewed” iced coffee, Japanese iced coffee is coffee brewed hot, directly onto ice. This differs from an unspecified “iced coffee” in that it is brewed directly onto ice, specifically in a ratio that takes into account its immediate dilution upon melting the ice.

Nitro Coffee: The “nitro” status of a coffee beverage has nothing to do with its method of brewing. It refers simply to any coffee that is infused with nitrogen either upon packaging, upon dispensation at a nitrogen-propelled faucet, or both. Nitro is most closely associated with cold brew, though the nitro treatment could be applied to any brew.

Slow Drip Cold Brew: Sometimes called Dutch, Kyoto, or Japanese-style slow drip cold brew, this method calls for water, ice, or a combination of water and ice to be suspended in a vessel at the top of a tower and released slowly through a valve, one droplet at a time, down onto a bed of ground coffee. The coffee is slowly saturated, eventually yielding a concentrate that descends into another vessel and is diluted to taste upon serving with ice or milk. The process tends to take anywhere from three to 24 hours depending on volume and personal preference.

Hot-Bloomed Cold Brew: Standard cold brew with an additional first step of using hot water to “bloom” the coffee before adding cold water up to the desired ratio for an extended steep. Blooming the coffee is intended to promote a more even extraction while also drawing out more of the acids and other volatile compounds that contribute to a balance of attributes more indicative of a given coffee’s origin characteristics.

Flash-chilled Coffee: Coffee brewed hot and then flash-chilled typically by way of a heat-exchanger system akin to those used in the beer and wine industries. The principle is the same as the Japanese directly-onto-ice method, but with more control over the chilling process and more flexibility over its dilution later, including the option not to dilute at all.

Pressure-Brewed Coffee: Often lumped in with standard cold brew, this can be similar in that it can involve a long steep at lower temperatures, although there are also hot pressure-brewed coffee products in production. The main difference is that the combined water and coffee is brewed in a sealed, pressurized environment or vessel. The pressurization is known to result in more efficient extraction of soluble compounds, while the sealed nature of the process also prevents oxidation, extending a product’s shelf life if not also protecting its flavor.

love the article and educating consumers on the difference. Appreciate you explaining pressure brewed so well.

Nice summary, it’s hard to believe how quickly this has become popular. I feel like it only started to emerge as a valid brewing method a couple years ago. I suppose new coffee products just gain traction that quickly in todays market.

Hey Howard,
Great info on the cold brew. I am curious as to this “Flash Chilled” method you speak of. What roasters are currently using this methodology?

Appreciate the detailed accounts of different cold coffee! I’ve been trying to understand all of them, it’s nice to have a clear view in one article

Great article for Cold coffee lovers like me, started with my old folgers and now switching to another new brand Kafe Balos.

thanks for the info.