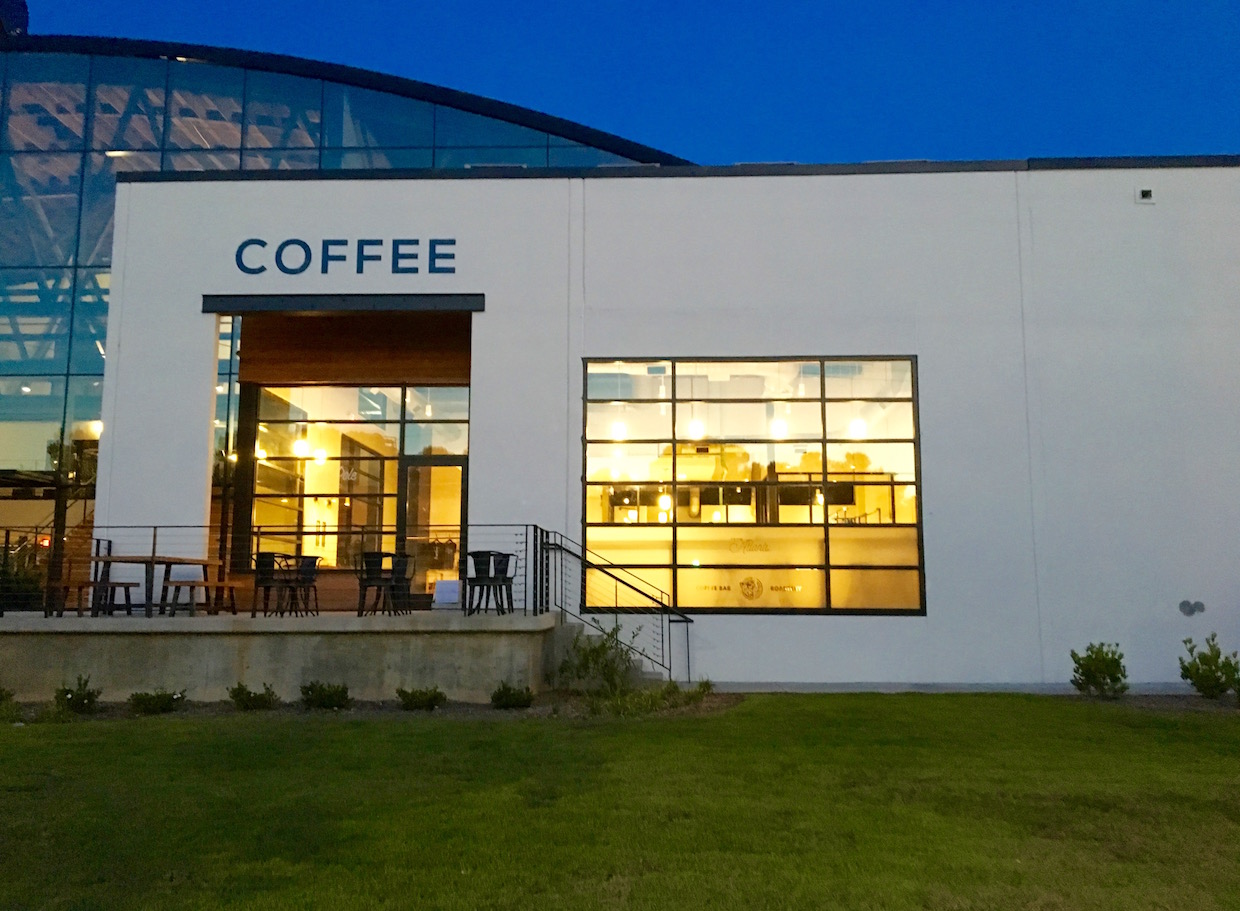 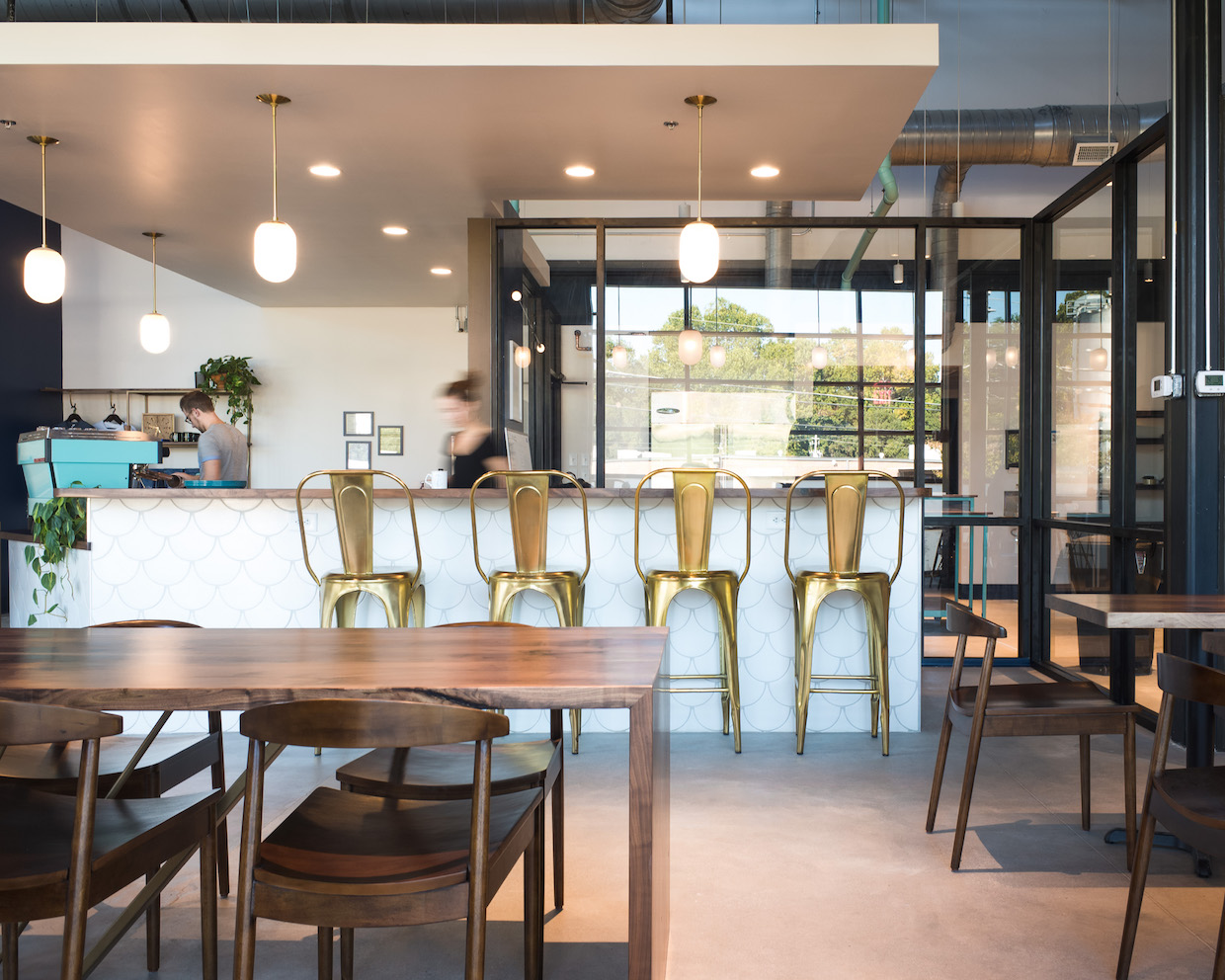 “We started in a friend’s garage in the Grant Park neighborhood of Atlanta, paying our rent in coffee and beer,” East Pole Co-Founder Jared Karr told Daily Coffee News. After that, the company moved into a rear corner of the American Spirit Whiskey distillery, where its San Franciscan SF25 has turned out the goods for the past seven months in the lead-up to its new home behind a glass partition in full view of retail café patrons.

The new café service counter is centered on a La Marzocco Linea PB with ABR (auto brew ratio) supported by a Mythos Clima Pro espresso grinder, while a Mahlkonig EK-43 grinder preps beans for batch extraction on a 1.5-gallon Fetco XTS and manual brewing in Kalita Wave Tsubame drippers under a Marco water tower. A small food menu will also be on offer, including breakfast burritos and local pastries. 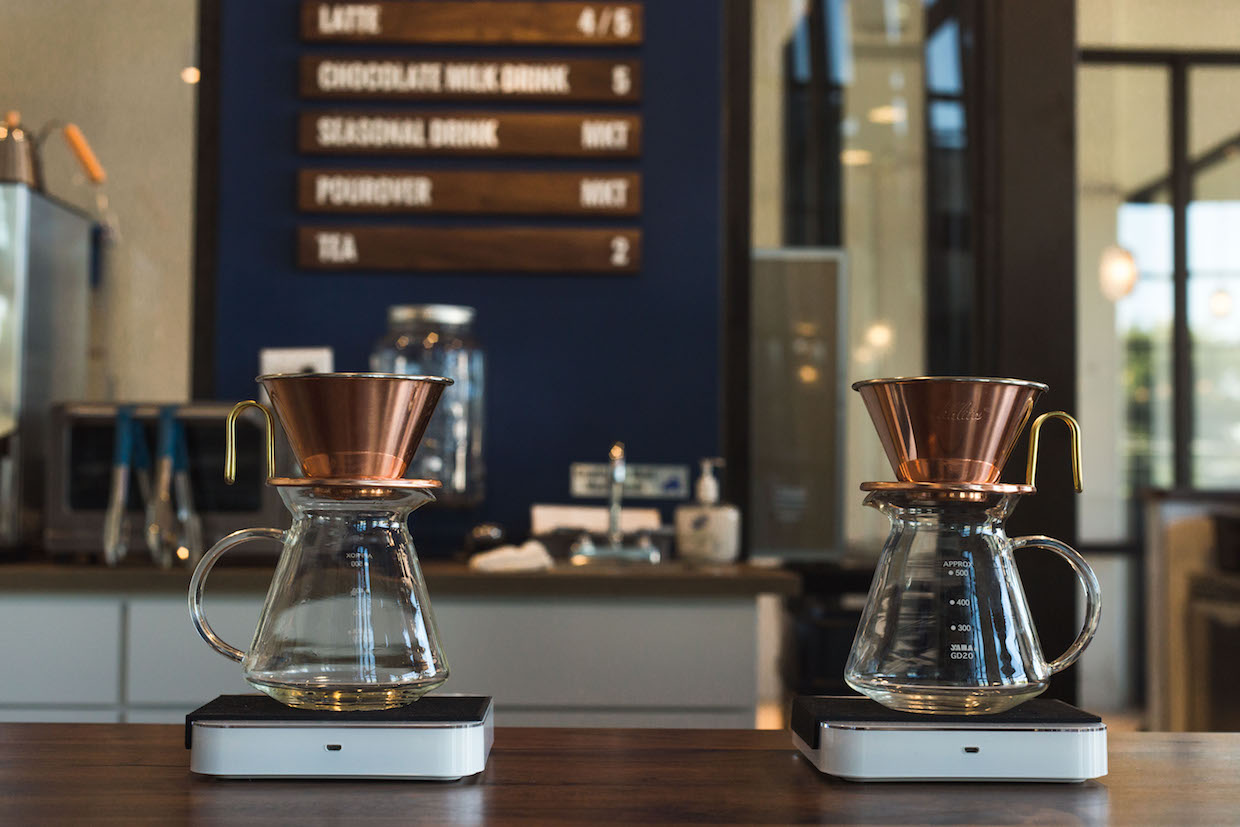 The company’s approximate half-dozen seasonal single-origin offerings and one consistent “house” coffee called Traffic — playfully described on the company’s website as “one of Atlanta’s most dependable experiences” — are sourced in green form via importers Genuine Origin and Café Imports. The company name, East Pole, is also a location-oriented nod of sorts to Indonesia, where Karr was living and working with coffee farmers when the idea for the business first took hold in his mind. 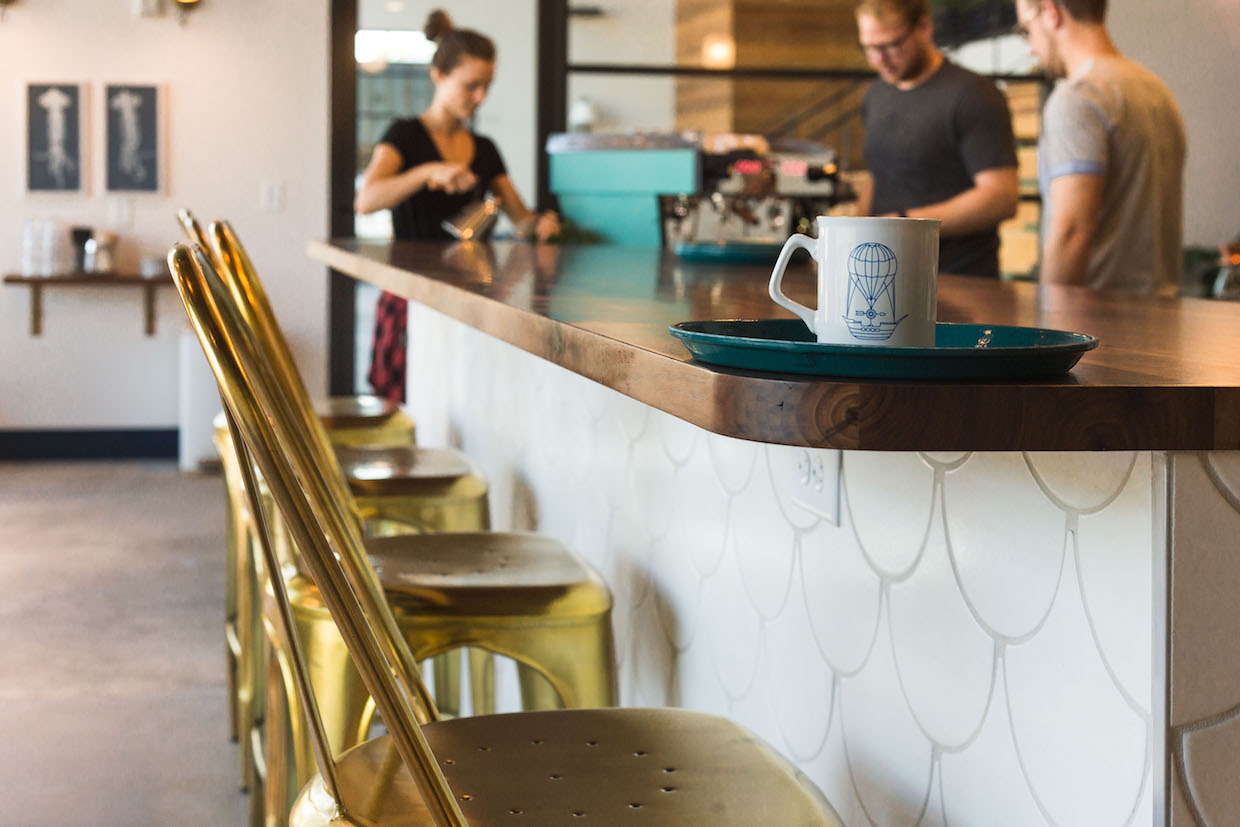 “Our goal is to roast each coffee to its highest potential,” said Karr. “Typically, what I’m looking for on the cupping table is sweetness. That looks different with every coffee. Occasionally I’ll look to pull out some buttery chocolate notes with a Central or South American coffee, or maybe some fruity, jammy notes with a natural processed coffee, or some floral bright fruit notes with other special coffees we buy.”

This is the greatest news we have read in a LONG time! Proud of this Atlanta brand! East Pole is amazing! Cheers!