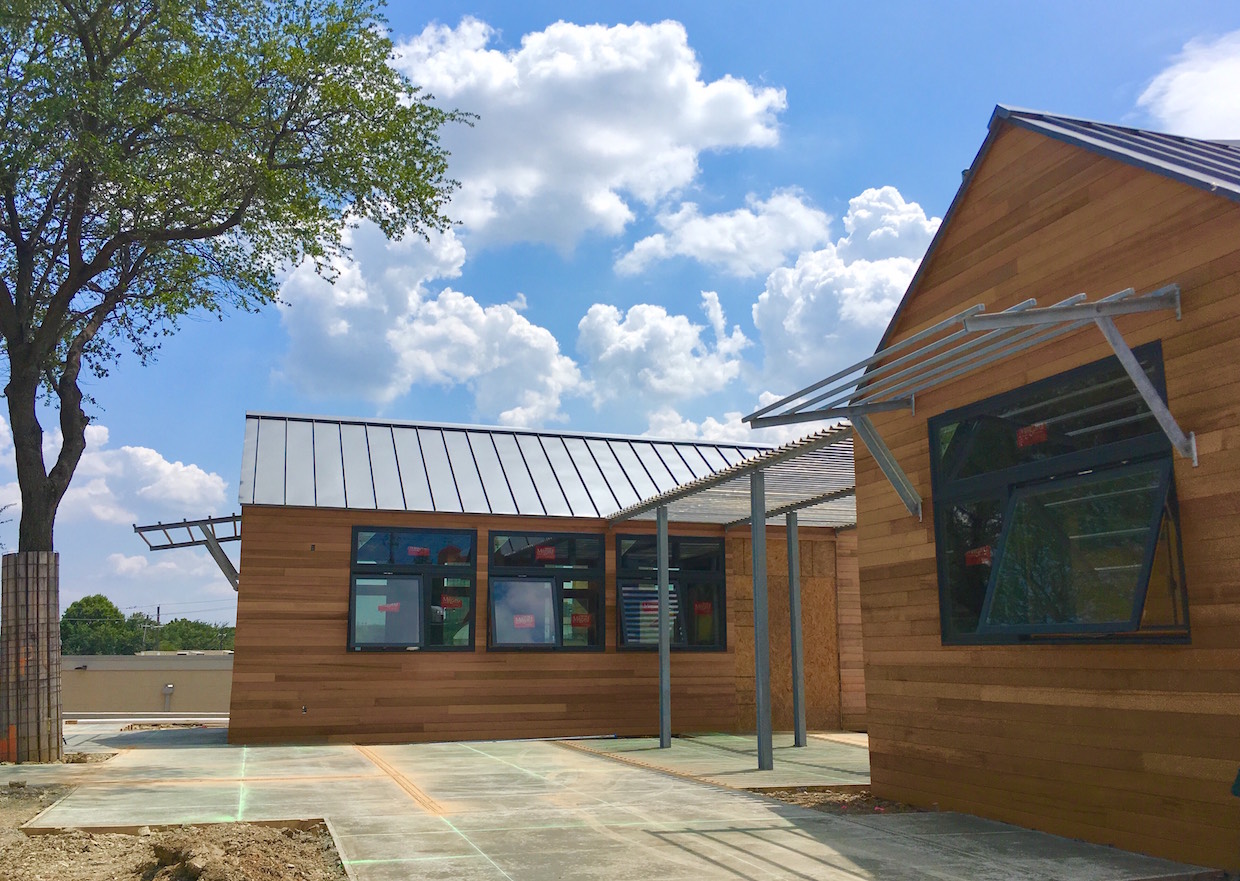 Throughout its first seven years in business, Texas-based Houndstooth Coffee has maintained the slogan “the pattern of coffee and people.” On a map, that pattern has moved up and down I-35 to Houndstooth’s four multiroaster cafes, two each in Dallas and Houndstooth’s original hometown Austin.

While all four of the existing shops exhibit their own unique designs and drinks programs, the forthcoming fifth location in North Dallas will follow an even more unique structural pattern, occupying two sustainably designed tiny houses.

Opening this fall, the new Houndstooth shop will be at The Hill Shopping Center off I-75 on a property owned by another progressive Austin-based company, TreeHouse, which opened in Dallas this year as the world’s first “energy-positive” home improvement store, a sustainable foil to box stores such as Lowe’s and Home Improvement presently dotted alongside American interstates. 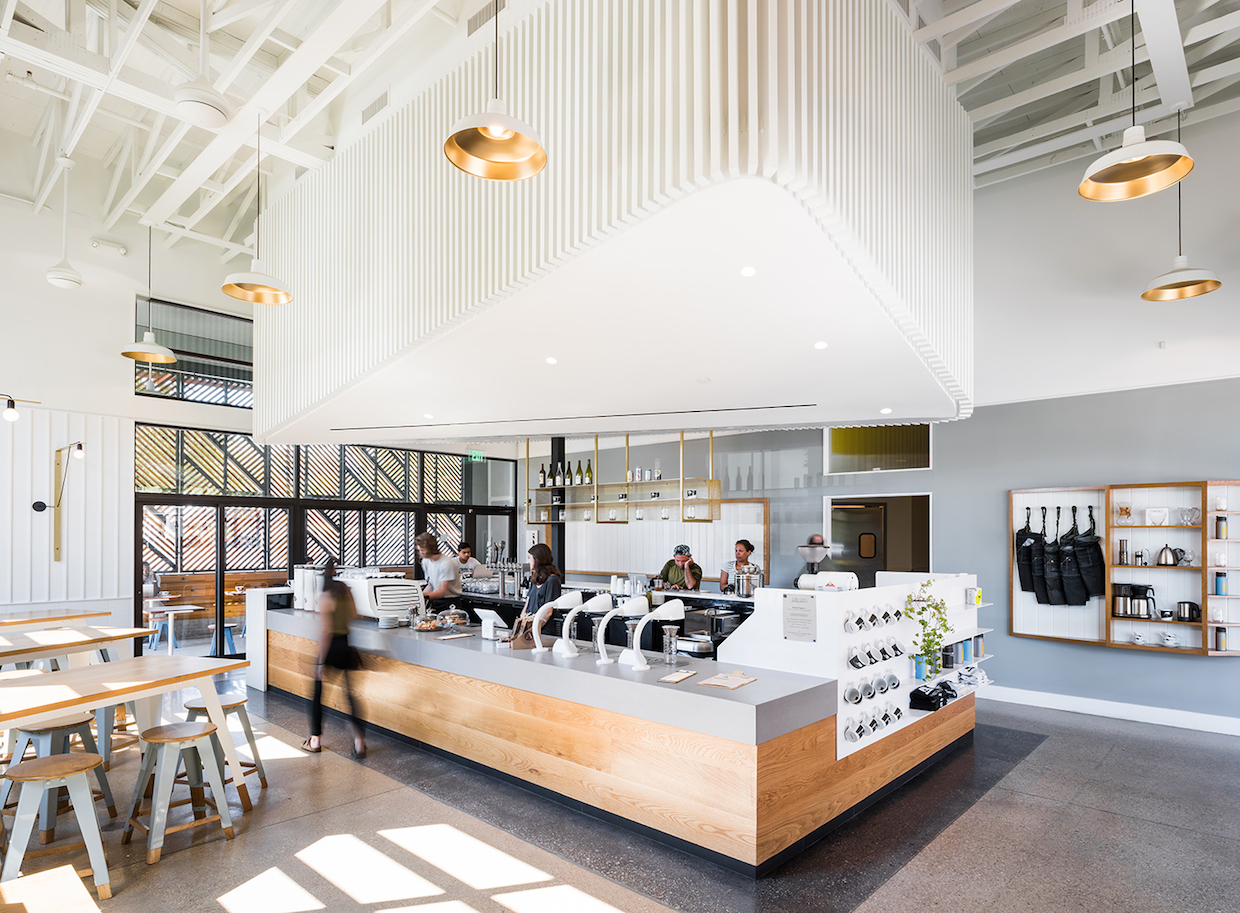 The one-year-old Houndstooth cafe at Sylvan Thirty in Dallas, designed by the Dallas firm Official. Photograph by Robert Yu, courtesy of Official.

“When curating the businesses that surround our Dallas flagship location, we sought to work with like-minded operators and are excited to be partnering with another Austin-based business that has found success in Dallas,” Jason Ballard, CEO of TreeHouse, said in a recent announcement from Houndstooth. “Having Houndstooth Coffee as a neighbor enhances the TreeHouse customer experience and we look forward to the upcoming opening.”

The café will feature what Houndstooth contends is the first Mavam Espresso machine installation in Texas — in which the majority of the functional components are neatly tucked away below the counter. With the Texas-based architecture firm Lake Flato leading the design, the shop will also be powered by solar energy, while employing renewable and sustainable building materials.

Houndstooth recently celebrated the one-year anniversary of its impressive Sylvan Thirty Dallas location, which features a dual-sided bar and is seamlessly adjoined to the Houndstooth-run cocktail bar Jettison. In addition to the third Dallas opening at TreeHouse, the company is also readying a third Austin café, inside the mixed-use Platform development in East Austin.