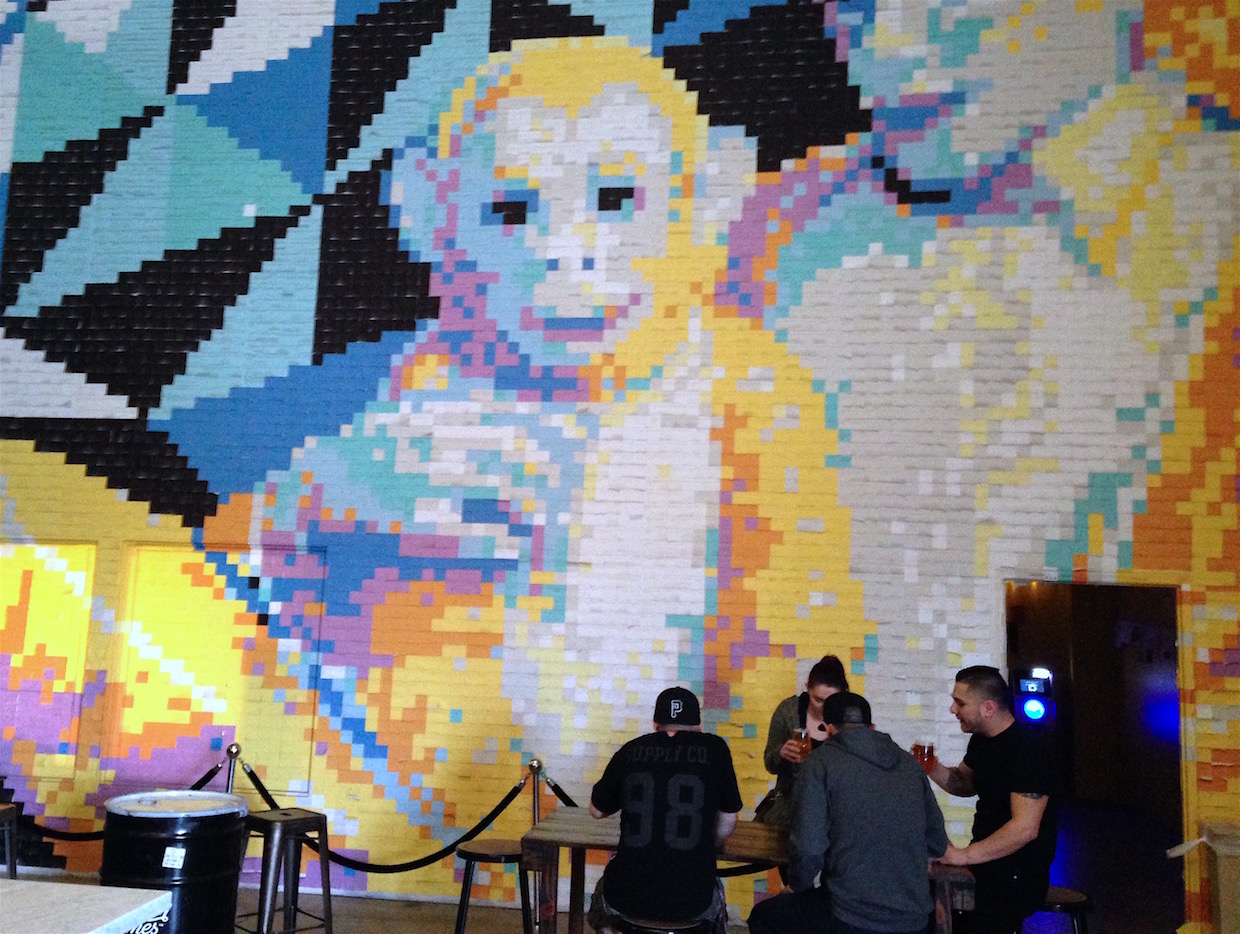 Given the remarkably parallel development craft beer and specialty coffee have experienced over the past two decades, you would be hard-pressed to find an American City of any size these days that is bereft of either one. Over the past nine years that I have lived in San Diego — a city now boasting a spectacular wealth of options for drinkers of both beverages — it’s become impossible to separate my love of beer and of high-quality coffee.

Not only are beer and coffee my drinks of choice, they are increasingly being redefined by their dedicated makers in both industries who typically possess a passion for perfection and share an ethos driven by peak quality above all else. In this sense, they represent the perfect marriage of libations. San Diego’s craft beer industry is one of this country’s most mature, yet the city’s craft coffee made great strides in recent years in its own right. This has led to a boom in coffee beer collaborations in which coffee is no mere filler, but a key ingredient associated with a quality-focused brand.

“Though beer and coffee are different in a lot of ways, the craft scene shares a similar ideology: to bring the best product you can to the customer and to love what you do,” Rob Moran, owner and partner at Heartwork Coffee Bar in Mission Hills, told Daily Coffee News. 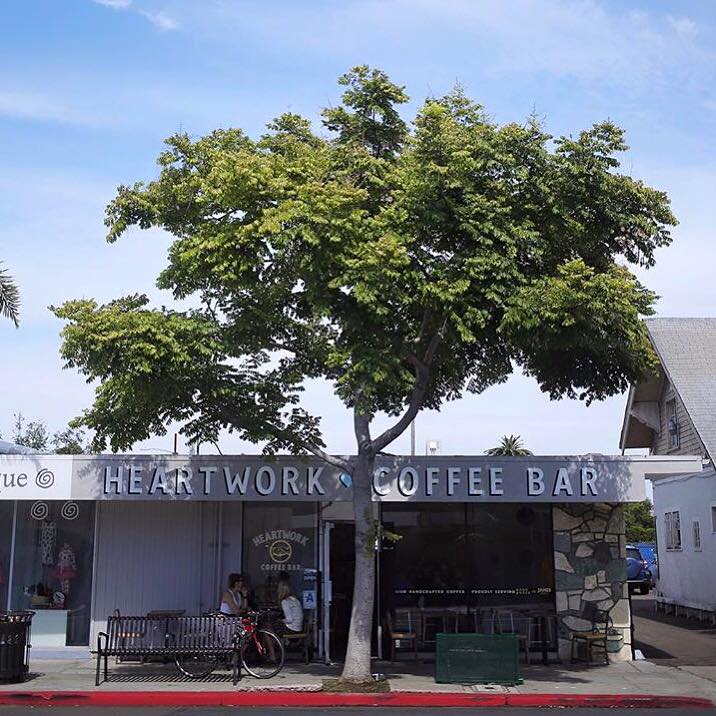 Perhaps the clearest crossover between the two industries within San Diego can be found at Modern Times Beer, the 4-year old craft brewery in Point Loma that’s also a dead-serious coffee roastery. Their in-house coffee program launched to have more hands-on control of the Ethiopia/Sumatra blend for their flagship Black House oatmeal stout, but quickly expanded into many of their seasonal and one-off releases, including their City of the Dead export stout with coffee beans aged in bourbon barrels. Modern Times now roasts more than 9,000 pounds of coffee per month — much of it independent of their beer program — and now offers multiple cold brew variations in cans, as well as Black House brew on nitro. They even held the first Carnival of Caffeination in February to celebrate the craft beer/coffee overlap.

Modern Times’ success — and the success of other brewer/roaster collaborations — isn’t just about a shift in trends or more advanced palates. It’s also a shift in the craft mindset itself.

“People in San Diego have finally started to realize that coffee is more than a commodity,” said Moran. “It impacts lives around the world. People also are understanding the power of where they spend their money.” 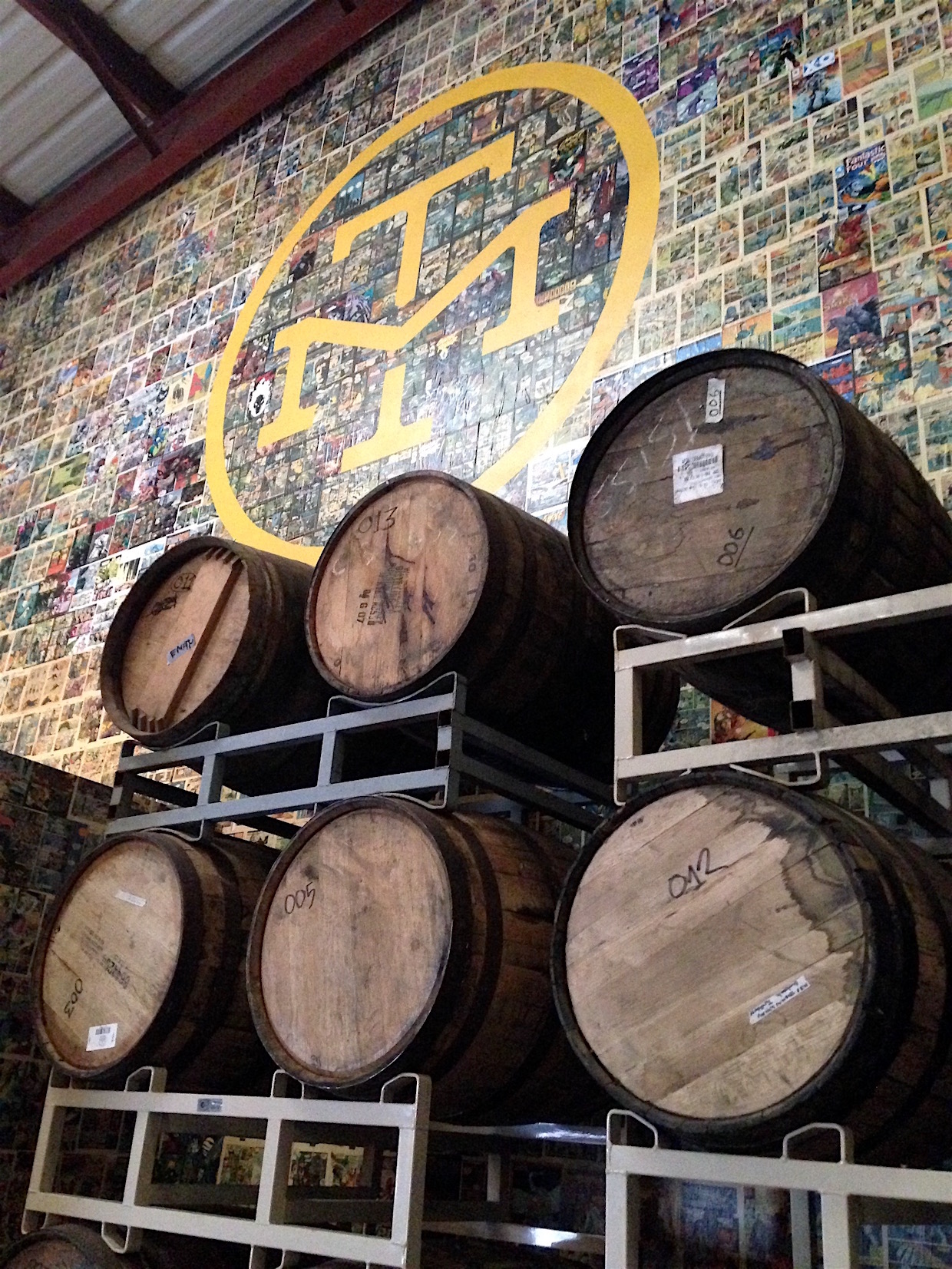 Local coffee and beer collaborations go beyond the standard coffee stout, although there are plenty of great “standards” to choose from. Mostra Coffee/Abnormal Brewing Company’s 12.4% ABV M3 Anniversary brew sold out in seconds, and still remains one of the most sought-after bottles by collectors. For something slightly less boozy, Dark Horse Coffee Roasters/Fall Brewing Company’s 5.0% ABV 2 AM Bike Ride is a smooth alternative that’s somehow even better on nitro. It’s also nearly always available, which is convenient for those looking to avoid a treasure hunt through San Diego’s bottle shops. 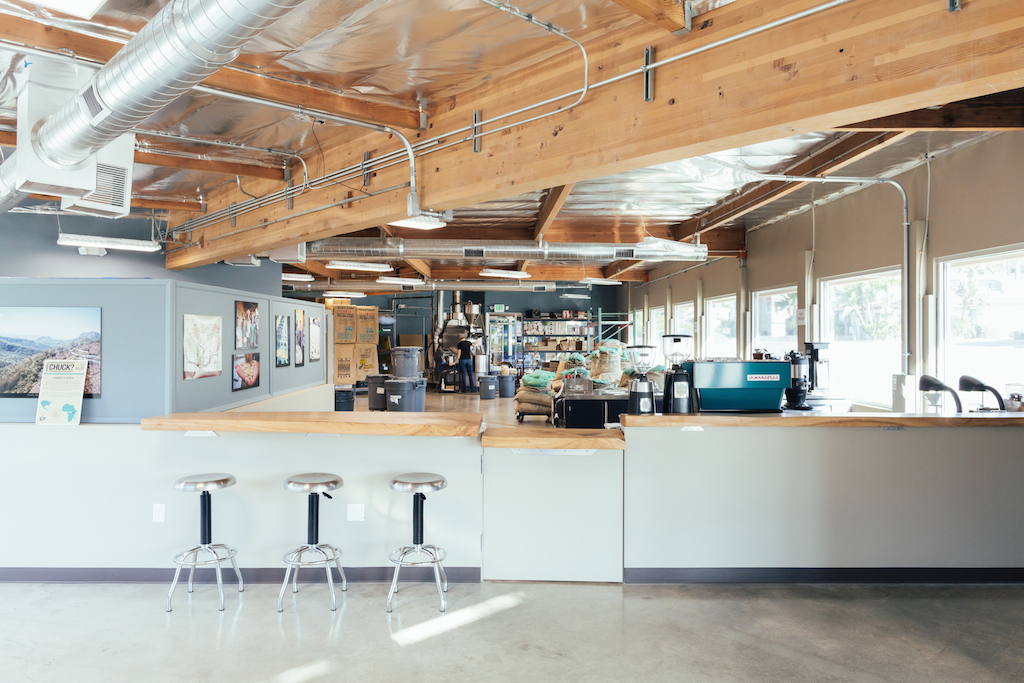 Coffee beer isn’t the only category in which San Diego breweries have earned gold medals for their java-infused creations. AleSmith Brewing Company’s 12.0% ABV Speedway Stout has two gold medals in GABF’s Imperial Stout group, as well as a silver in the Aged Beer group. This goes to show that coffee beer can transcend the straightforward designation and appeal to even the most reluctant coffee drinker.

These are just the tip of the iceberg. Mike Hess Brewing partnered with Xtraction Coffee for their Grazias Vienna Cream Ale with coffee; Coronado Brewing Company’s Blue Bridge Stout is brewed with beans from Cafe Moto; Benchmark Brewing gets their coffee from The WestBean Coffee Roasters for a variation on their Oatmeal Stout; Culture Brewing Company uses Revolution Roasters for a Guatemalan coffee stout; and even local brewing giant Stone Brewing stays local for their Xocoveza Mocha Stout with Mostra Coffee beans. San Diego-based Swell Coffee has also provided beans for Bay City Brewing Company and AleSmith for special releases. 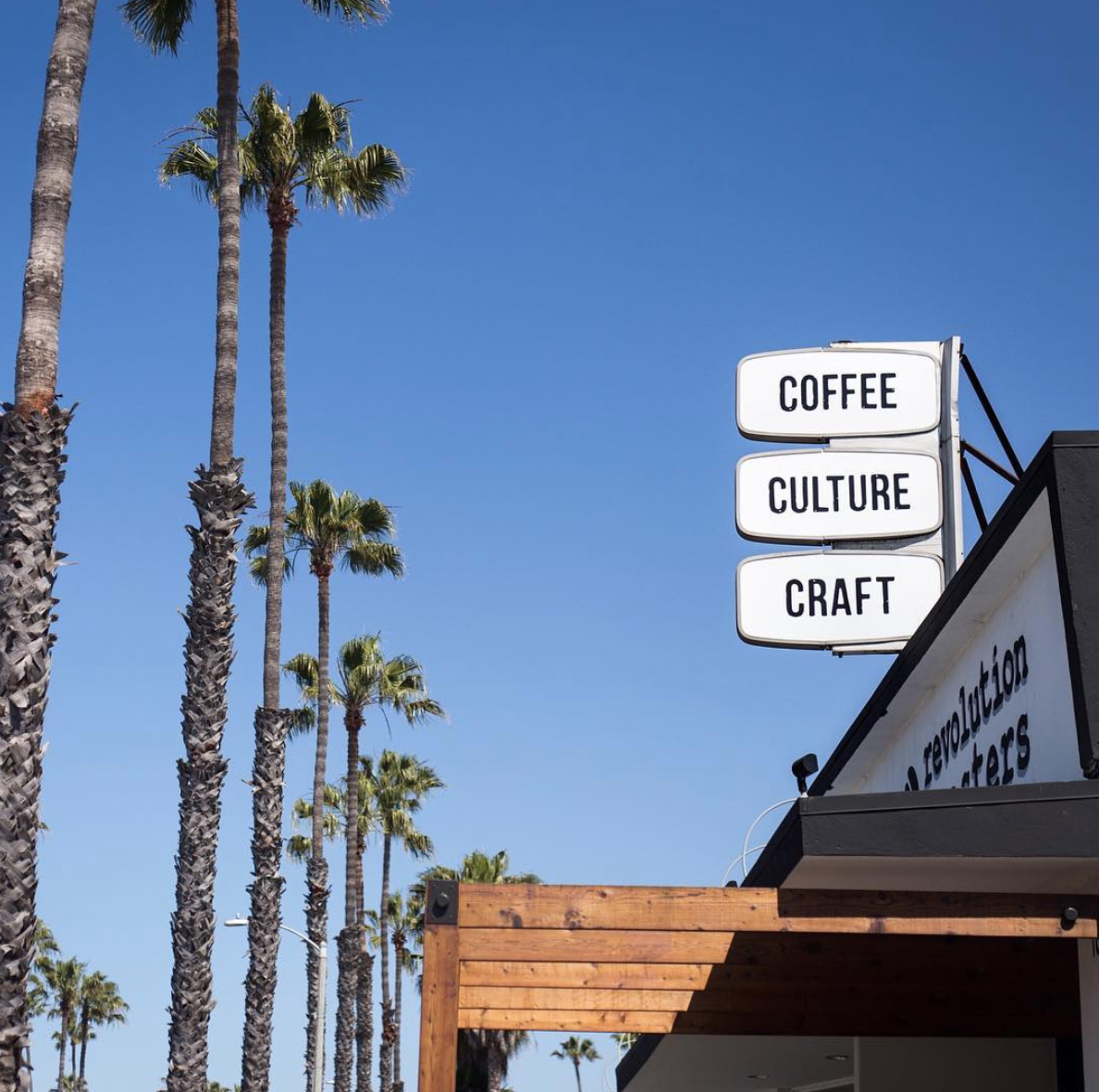 Part of the beauty of these joint efforts is the collaborative spirit and mutual respect between the two industries.

“I love going to/working craft beer events and seeing how close a lot of the people are in the beer community,” said Nicole Araujo, a former roaster at ZUMBAR Coffee who is currently the quality control specialist at green coffee importer InterAmerican Coffee. “I see that happening more and more in our San Diego coffee community and it’s really exciting.”

From coffee’s perspective, these connections between coffee and beer brands represent potential new audiences of consumers who have already demonstrated an interest in “craft”-focused things such as sustainable sourcing, unique and rare ingredients, and the compelling stories behind them. 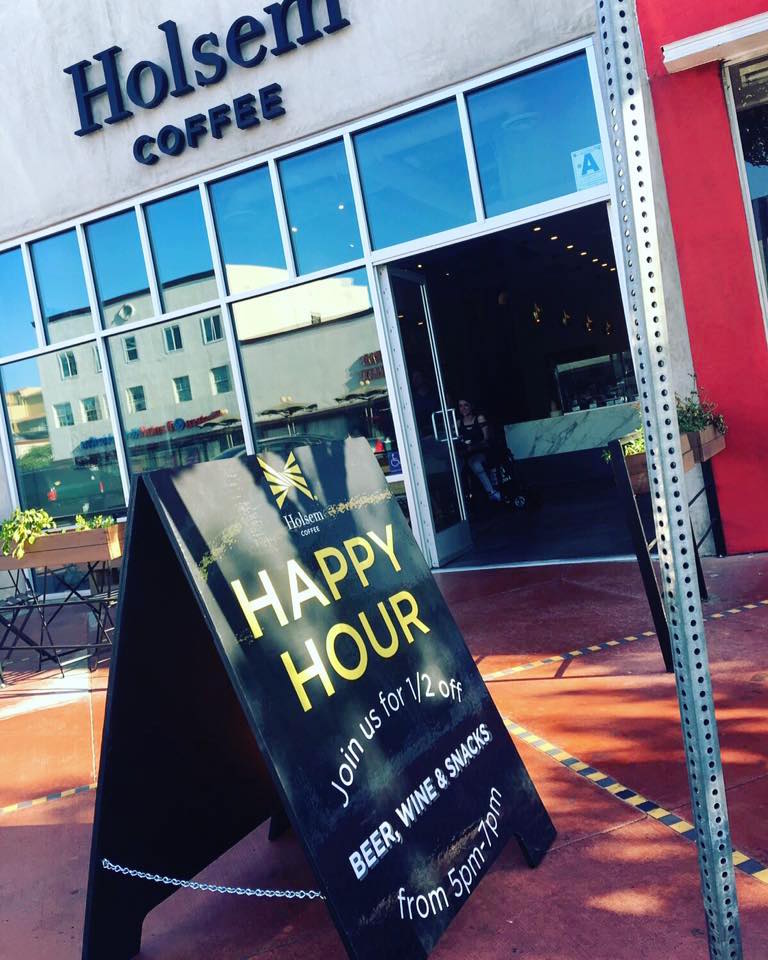 It also means that if you’re lucky enough to live in San Diego, you don’t have to travel very far to satisfy your coffee and/or beer cravings. Look no further than neighborhoods like North Park, where you can walk from Holsem Coffee or Caffe Calabria to North Park Beer Company, or from Young Hickory to Rip Current Brewing in under a minute; or Little Italy, where James Coffee Co., Bird Rock, and Bottlecraft are all within shouting distance; or the East Village, home to Mission Brewery, Copa Vida, and Bean Bar, among others.

Experts like Araujo remain optimistic about craft coffee’s continued growth in San Diego. Based on our craft beer success, she has every reason to be. Said Araujo, “The more the industry grows, the more educated people become on quality coffee and that drives up the industry standard even more.”

My father in law is from San Diego but he lives in Costa Rica, ive been doing research to purchase Mocha Machine by Beachwood BBQ & Brewing in Long Beach and Bacon & Eggs imperial coffee porter (8.0% ABV) from Bird Rock Coffee Roasters/Pizza Port Brewing Company — snagged bronze. since he loves the Zumbar I want to give him a present of these other 2 beers, I have no luck can someone help me? where can I buy it online? thanks