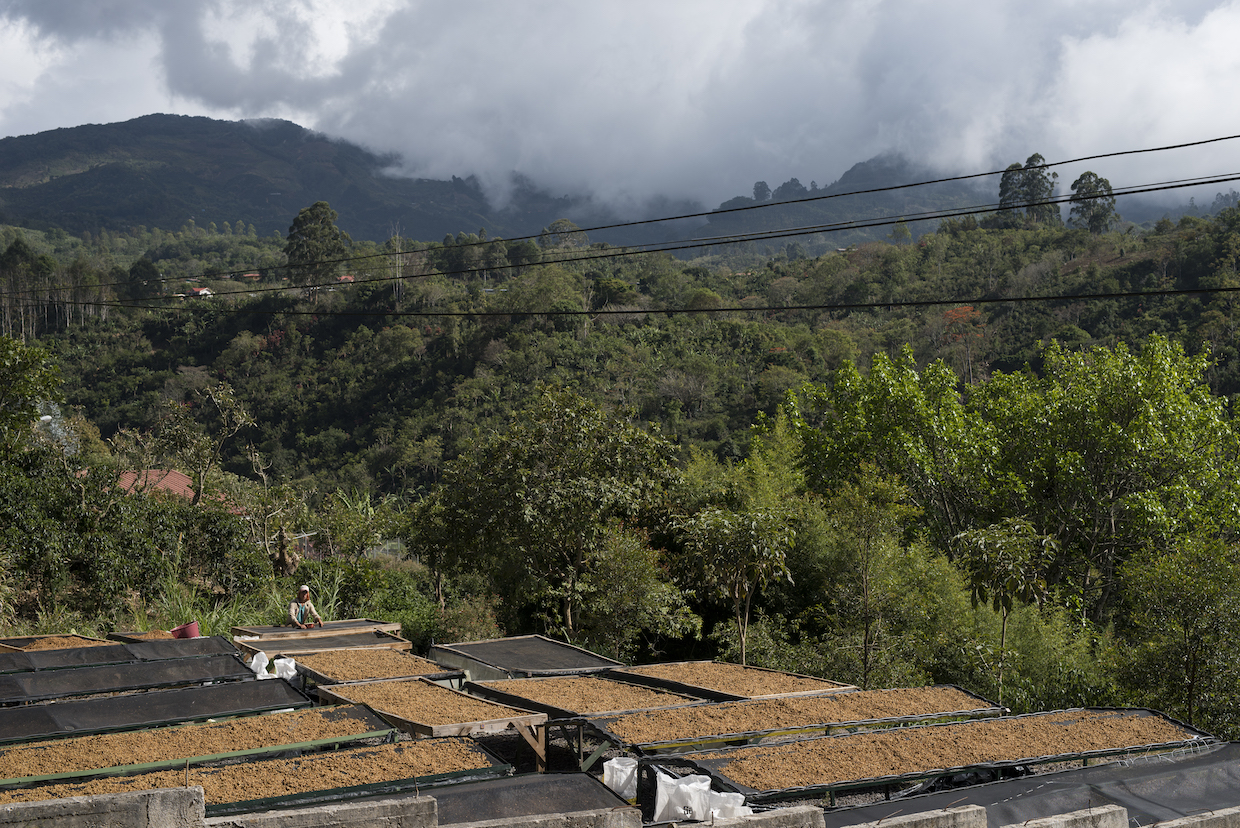 A country often distinguished by its micro climates and a wealth of biodiversity, Costa Rica is also famously home to some of the world’s best coffee.

Historically speaking, the Costa Rican coffee sector can be characterized by consistency. Ideal growing conditions, a stable political climate, a mature regulatory framework supporting arabica cultivation, and key support from major buyers such as Starbucks, Nespresso and Illy have all helped Costa Rica maintain a strong position on the global coffee map.

Yet, like many of its counterparts in the Americas, Costa Rica has been challenged over the past decade by volatile and historically low global coffee prices, a massive leaf rust (roya) outbreak, a changing climate, labor costs and difficulty in attracting younger generations into coffee farming. 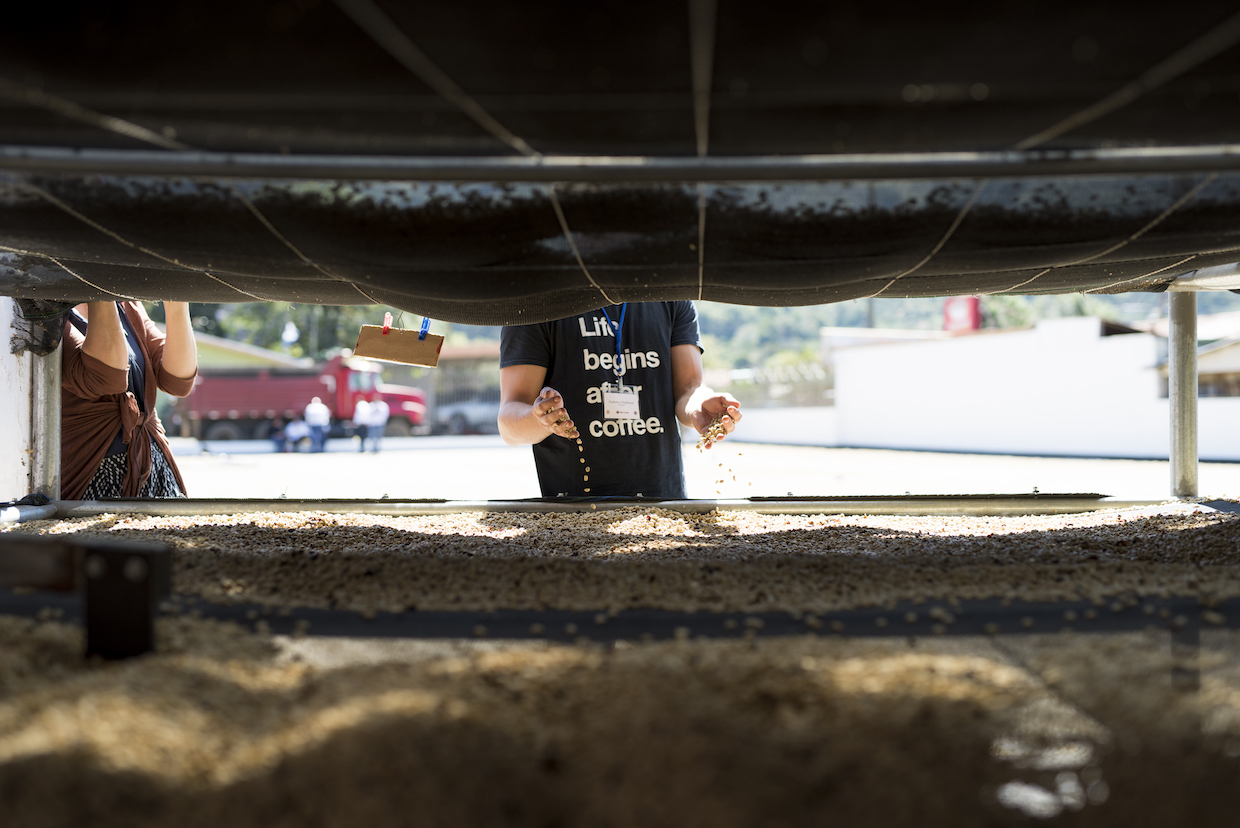 Many producers have responded to these challenges through innovation. As more farmers try to find a place in the generally higher-paying specialty market, the country has seen a boom in the number of micro mills, in farms with separated lots featuring multiple quality-focused varieties, and experimental processing methods.

All these issues and more were at the forefront of the inaugural Origin Approach event, led by the 5-year-old Norwegian green coffee import company Nordic Approach with support from the Costa Rican coffee tourism agency Viaje con Café.

Featuring visits to numerous local coffee and non-coffee farms, micro mills, cooperative mills and export houses in Costa Rica’s renowned Tarrazú coffee region, the event offered a comprehensive view of the issues facing the Costa Rican sector through immersion at every step of the supply chain up to the moment of export. 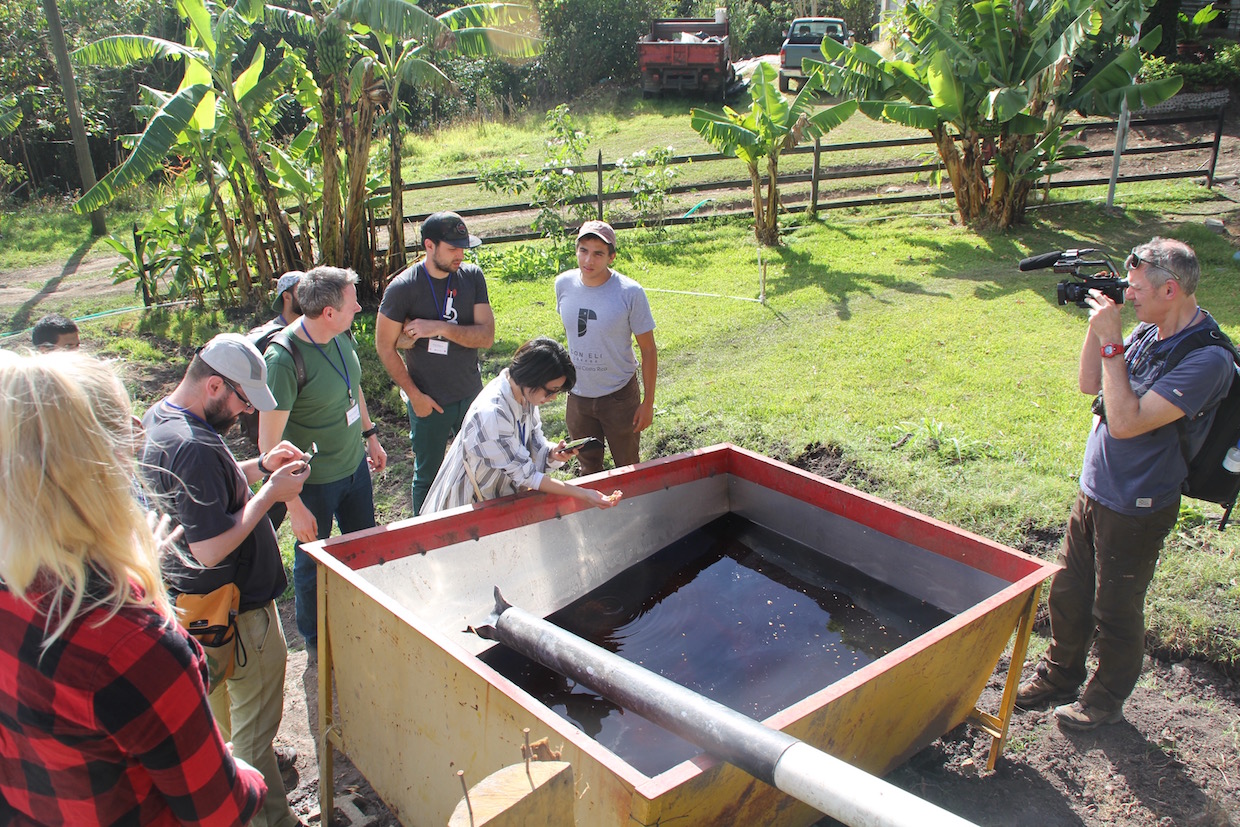 As more of an educational micro-conference than a sourcing trip, participation was limited to approximately 30 guests — primarily coffee roasters from Europe, Asia, the Middle East and North America — along with dozens of Costa Rican producers who were given an equal platform to voice their own challenges, concerns and wishes in building and maintaining a livelihood through coffee.

“One big thing I’m seeing is how important the buyers are to the farmers. It seems like the farmers are seeing their margins increasing once they can get into the specialty coffee market, and that they really care about being there,” Matija Belkovic, who with partner Hannah Powlison Belkovic owns the Croatian roasting and retail company Cogito Coffee, told Daily Coffee News. “But you see how much risk they’re taking — financial risk, or social risk by differentiating themselves from the community, for example, by growing Geisha or growing organic. There are not really subsidies there to balance that if things go wrong.” 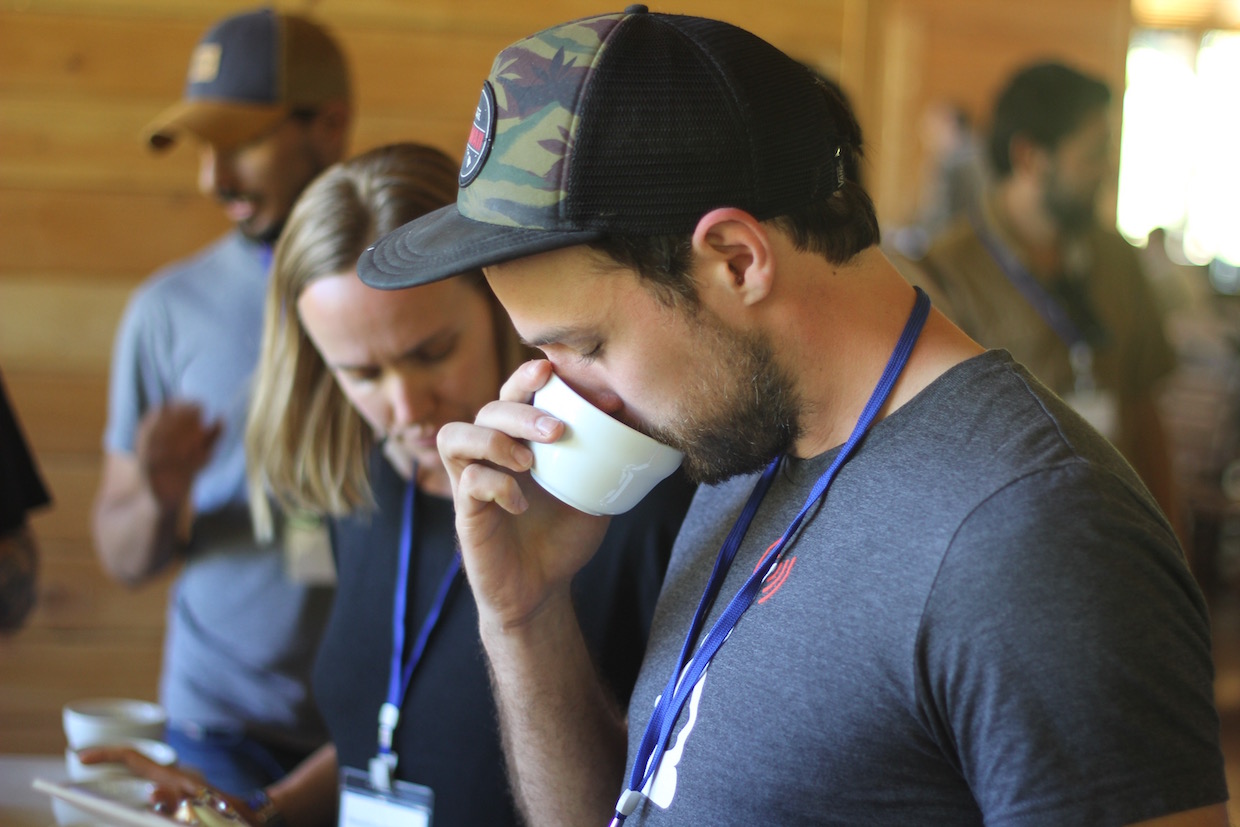 Nordic Approach, which used the event to make a formal debut of the Costa Rican office of its new sister company, Tropiq, has been actively sourcing in Costa Rica for the past two harvest seasons. The company said it hopes to bring the Origin Approach event to different countries in the coming years, in order to highlight challenges specific to different places of origin while facilitating dialog among actors throughout the supply chain.

Nordic Approach head coffee buyer Joanne Berry told Daily Coffee News that the company has been focused on building relationships with farmers on an individual basis in Costa Rica. She noted a challenge in that many producers in the past may have received a single price for their entire seasonal production, while part of the company’s goal is to help provide access to a higher-end specialty market, even if that means bags may be separated out to different price points. 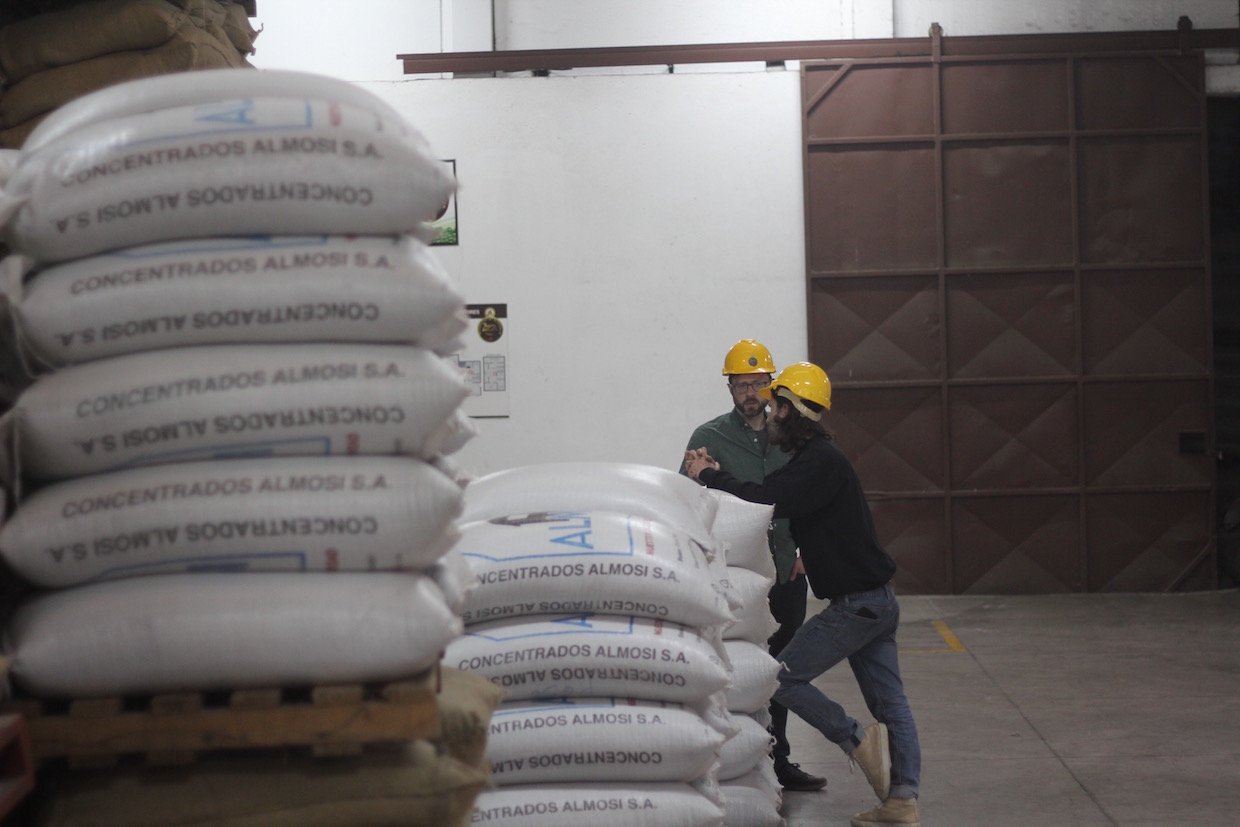 “We have a small group of about 25 to 30 producers where we have set down on paper what we can maybe do for them or what we can offer, and if that can work for them and their business, then we are interested in developing those commitments,” Berry said. “The primary thing is we are securing a market for a lot of these producers, and a lot of them may be quite new to having their own micro mill, for example. They maybe have had a very secure market in the cooperative, but in a very different way.”

In a presentation on the history of the country’s sector, Mario Arroyo of the Costa Rican coffee institute ICAFE noted that 98 percent of the country’s producers are smallholder farmers, producing 300 bags or fewer annually with an average farm size of 3.2 hectares. 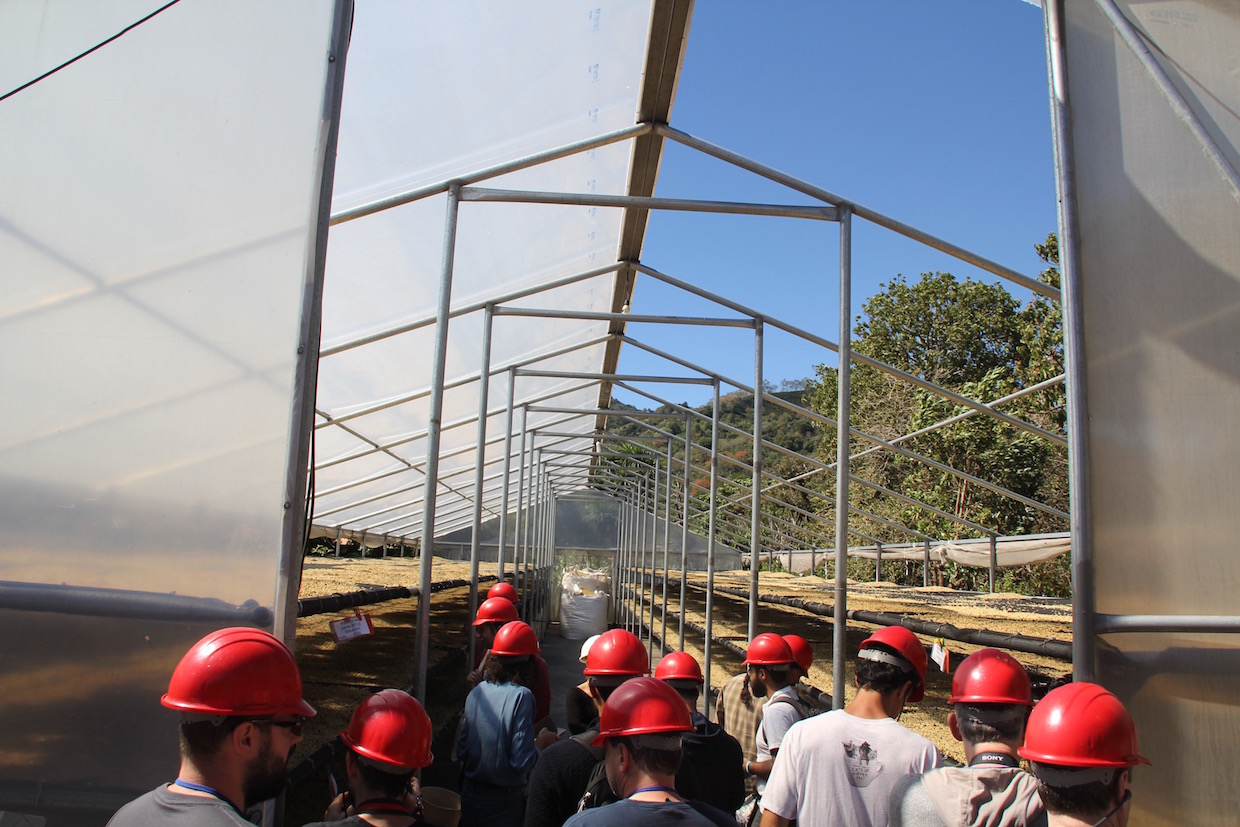 While a handful of large cooperative mills in each primary growing region tend to handle the bulk of the country’s output, there are now approximately 191 micro mills in Costa Rica, he said.

“Every year we see this percentage grow a little more,” Arroyo said, noting that the increase has been tied to direct trade efforts for lower volume but potentially higher quality lots over the past decade or so. “Because of an imposition on price, producers were pushed on how to create more value for their coffee.”

One of Costa Rica’s largest coffee cooperative mills, carbon-neutral-certified Coopedota has similarly realized the importance of differentiated value, revamping its processing system to implement the quality certification scheme known as Dota AAA. The program breaks coffees passing through the mill into three quality-based categories: Dota A is for conventional coffees; Dota AA is for coffees scoring 84-86 points according to SCA protocols; and Dota AAA is for coffees scoring 86+.

Similarly, one of the country’s largest export mills and warehouses, Tesoros del Cafe has branched out its specialty coffee processing operations from the rest of the facility, a response to market demand for the more premium coffee. 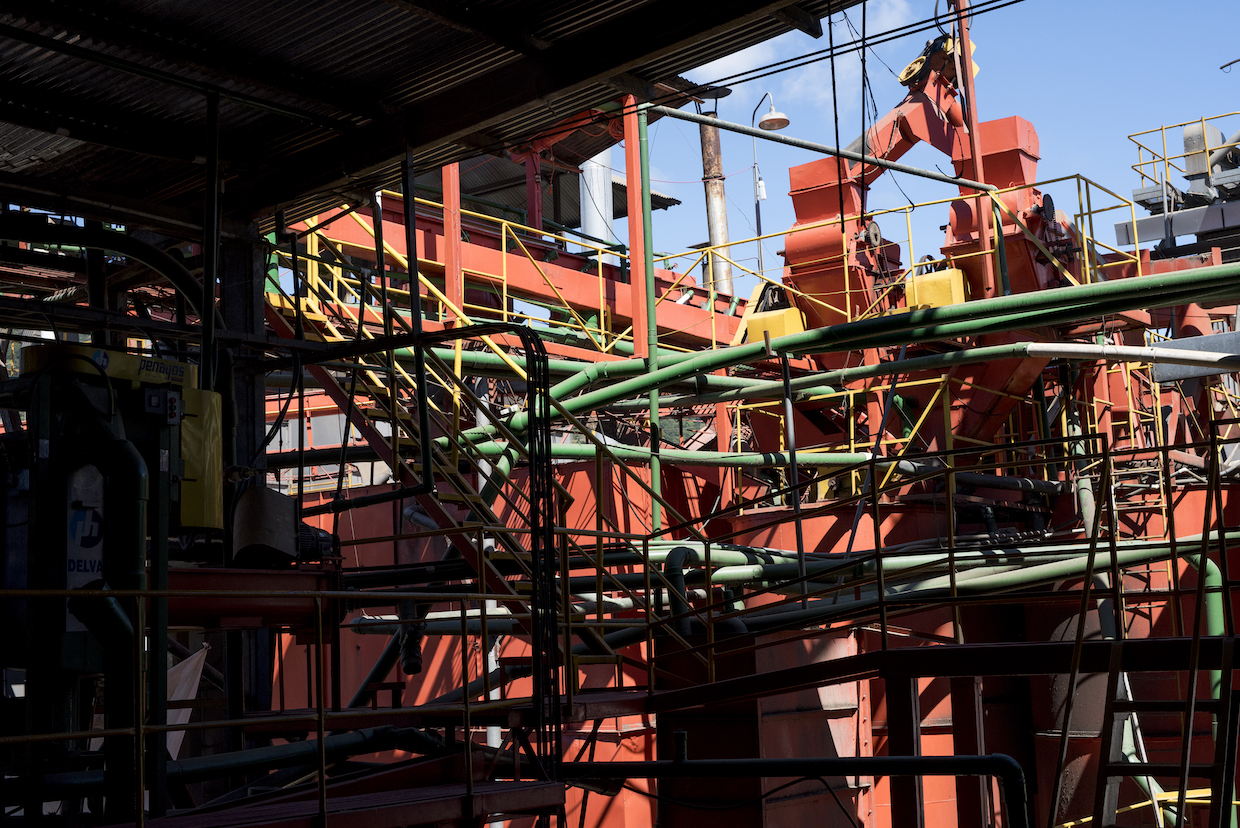 Arroyo said that approximately 58 percent of the average production cost is labor, with approximately half of the country’s pickers coming from abroad for better opportunities. The steep terrain and land management regulations dictate that Costa Rican-grown arabica picking will never be mechanized. This combined with limited land available for coffee cultivation naturally limits volume-based approaches to sector development. Said Costa Rican coffee consultant Rudolfo Mora, “We can’t fight with volume like Honduras or Colombia.” 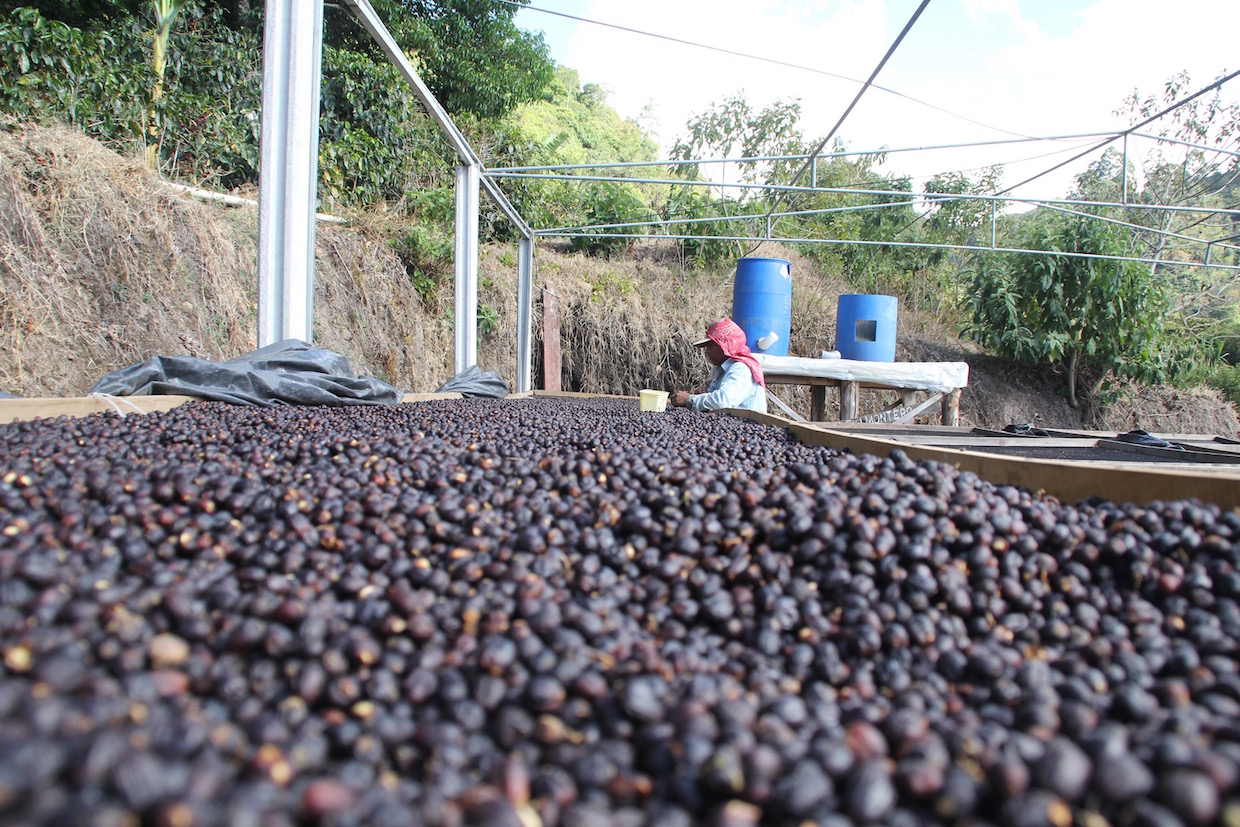 Another existing challenge is the lack of genetic diversity on coffee farms, where the varieties Caturra and Catuaí currently comprise some 75 percent of the production, according to Arroyo. Meanwhile, producers who have relied upon traditional market channels may be hesitant to make wholesale changes to their crops based simply on the whims of a specialty market that seems to be changing year to year.

“The biggest barrier to develop plantations with a diversity is material,” said Gonzalo Hernandez, a coffee historian and owner of the experimental coffee farm Coffea Diversa, noting that new plants may also require as much as 10 years before their production is maximized. “The second barrier is financial… A lot of farmers can’t do that. The margins are too slim.” 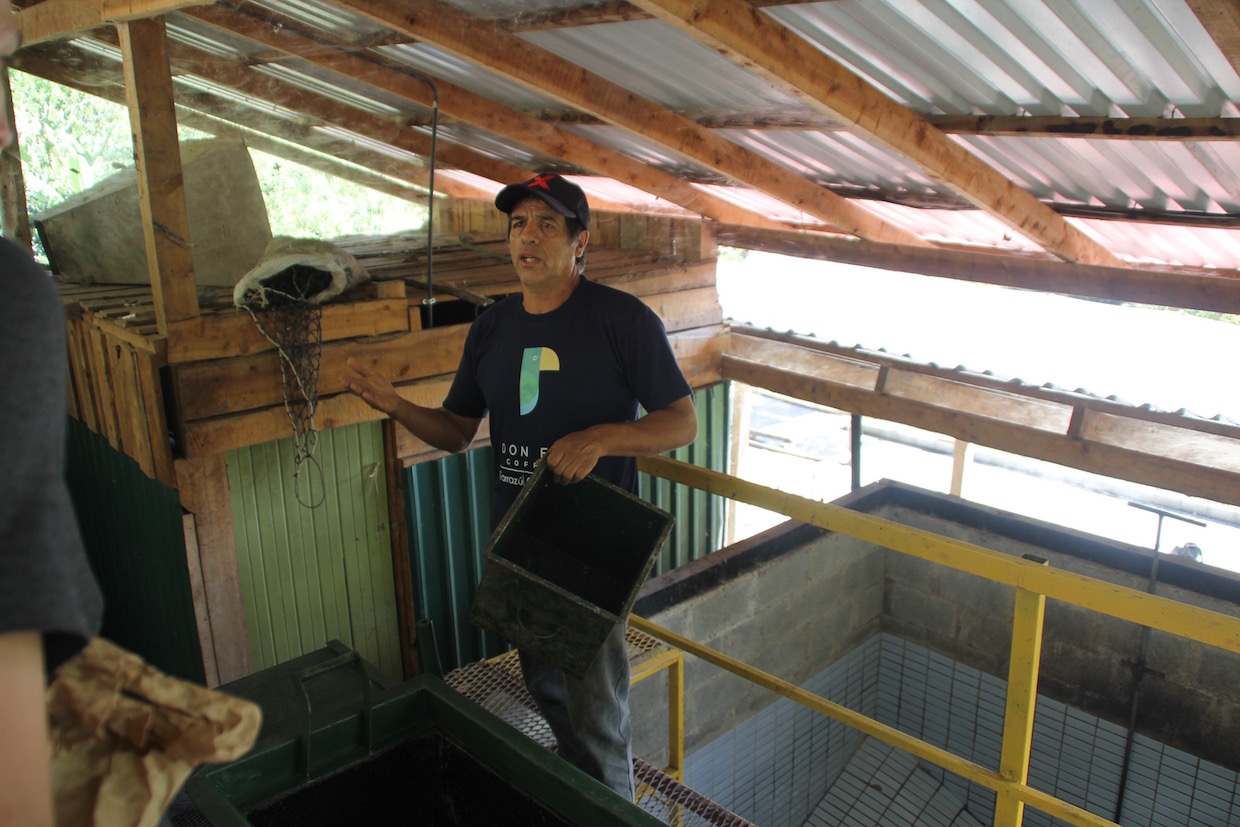 Despite such barriers, many of the producers taking part in the inaugural Origin Approach event are actively involved in planting new varieties, in splitting lots for experimentation, and in exploring numerous processing methods — anything from traditional natural processing in African raised beds to anaerobic or lactic acid fermentation for various honey-process coffees.

Matías Monge of Hacienda Copey shared the story of the farm’s recent investment in the Geisha variety, where two years of bad weather and low yields threw the farm’s very future into question. On the third year, the farm’s fortune changed with a strong yield and a top finish in the Cup of Excellence competition that brought exponentially higher prices. For Monge and Copey, the investment in the quality-focused specialty market was a prime example of a high risk/high reward scenario. And while one year’s crop may find a premium market, that doesn’t guarantee next year’s will do the same. 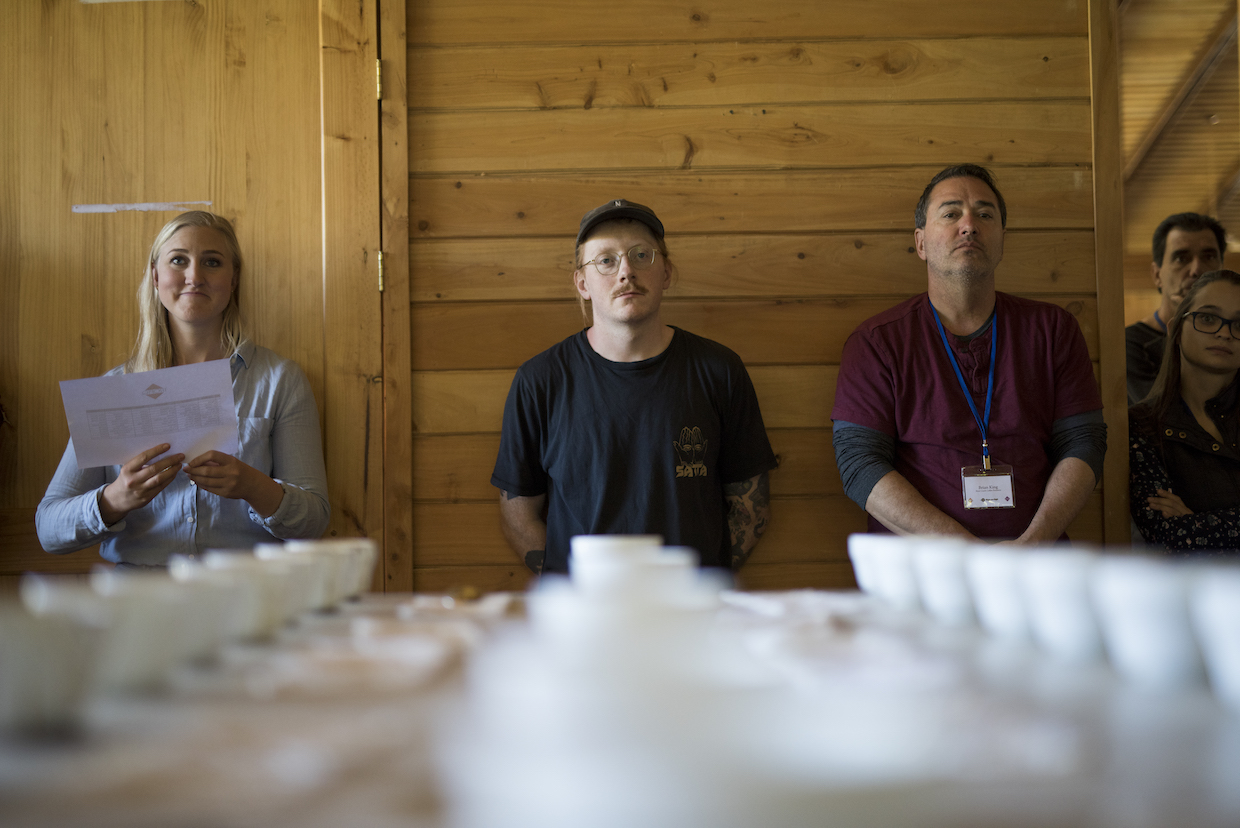 For Nordic Approach and Tropiq, one of the goals in Costa Rica is to root out those producers who are already engaging in quality development but who may not yet have found a consistent home for their coffees.

“We weren’t really engaged in Costa Rica before because we assumed that most roasters had good access to the coffee and that most producers had access to a market for their coffee,” Berry said. “It wasn’t until we really engaged with [Marianela Montero, now of Tropiq] where we saw an opportunity — that maybe we were wrong in those assumptions. There are many more producers who want to engage with the specialty market than we realized when we started working here.” 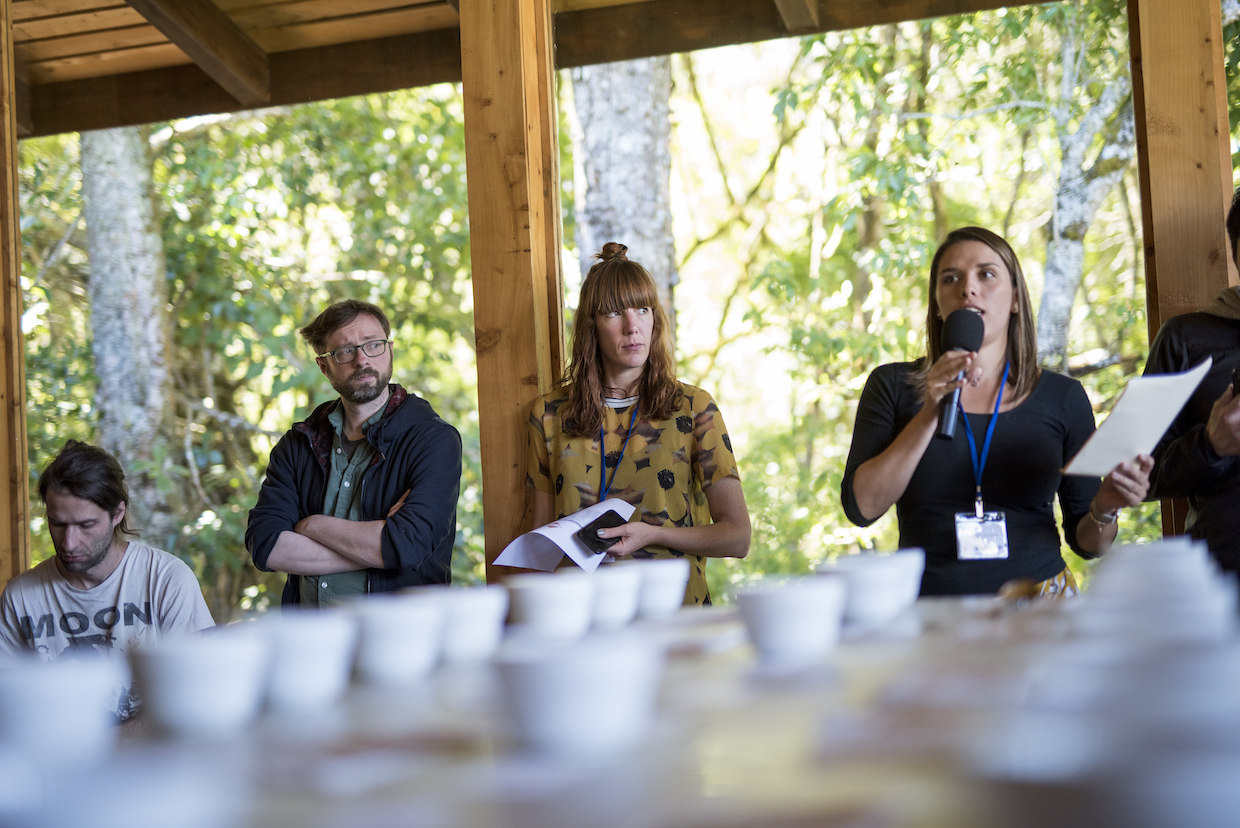 As Costa Rica’s specialty coffee sector continues its rapid emergence, it will be aided by a relatively advanced infrastructure, a well-established reputation for quality in the global marketplace, and the kind of sweat equity and ingenuity displayed by the dozens of smallholder farmers represented at Origin Approach.

“These are really intelligent participants in the world of specialty coffee production — leaders in many ways in terms of agricultural practices and sustainability,” said Cogito’s Belkovic. “It seems like this is a country that really understands what it is and what it can be.”

I have in beautiful 70 acre coffee farm for sale in the mountains need Berlin, San Ramon. This excellent coffee growing area is seeking opportunities in the specialty coffee market. http://www.costaricacoffeefarm.com