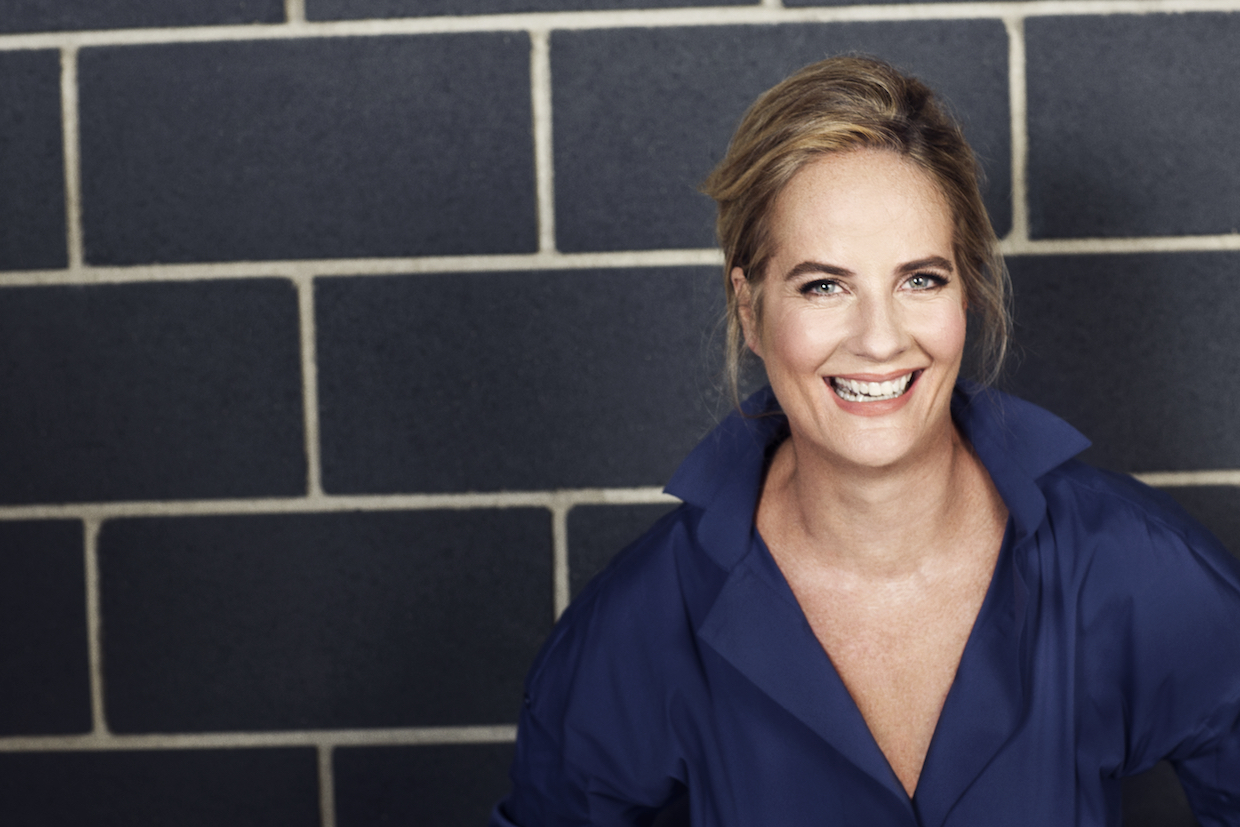 Austin, Texas-based cold brew and whole bean purveyor Kohana Coffee has the ambitious and unprecedented goal of sourcing every last one of its beans from women by 2020. This would involve not just women farmers, but women at every step of the supply chain, including in milling, processing, exporting and importing.

The plan starts with the two women at the helm of Kohana, founder Victoria Lynden and vice president of operations Piper Jones, who have built the company around a mission to support other women in the production and trade of fairtrade and organic certified coffees.

The company says it pays a premium to support women-led producer groups in the coffeelands, such as Las Capucas, AMPROCAL, and Manos de Mujer in Honduras. The company also recently invested in the International Women’s Coffee Alliance (IWCA) as a “sustaining supporter” to further build such connections at origin.

“We’ve long been involved with the work of the IWCA. We’re working closely in an effort to source 100 percent of our organic coffee, and soon to be all of our coffee, from women coffee farmers,” Lynden recently told Daily Coffee News. “Together, we have engineered a series of full-circle impacts that stretch from crop to cup, focusing first and foremost on our commitment to women.” 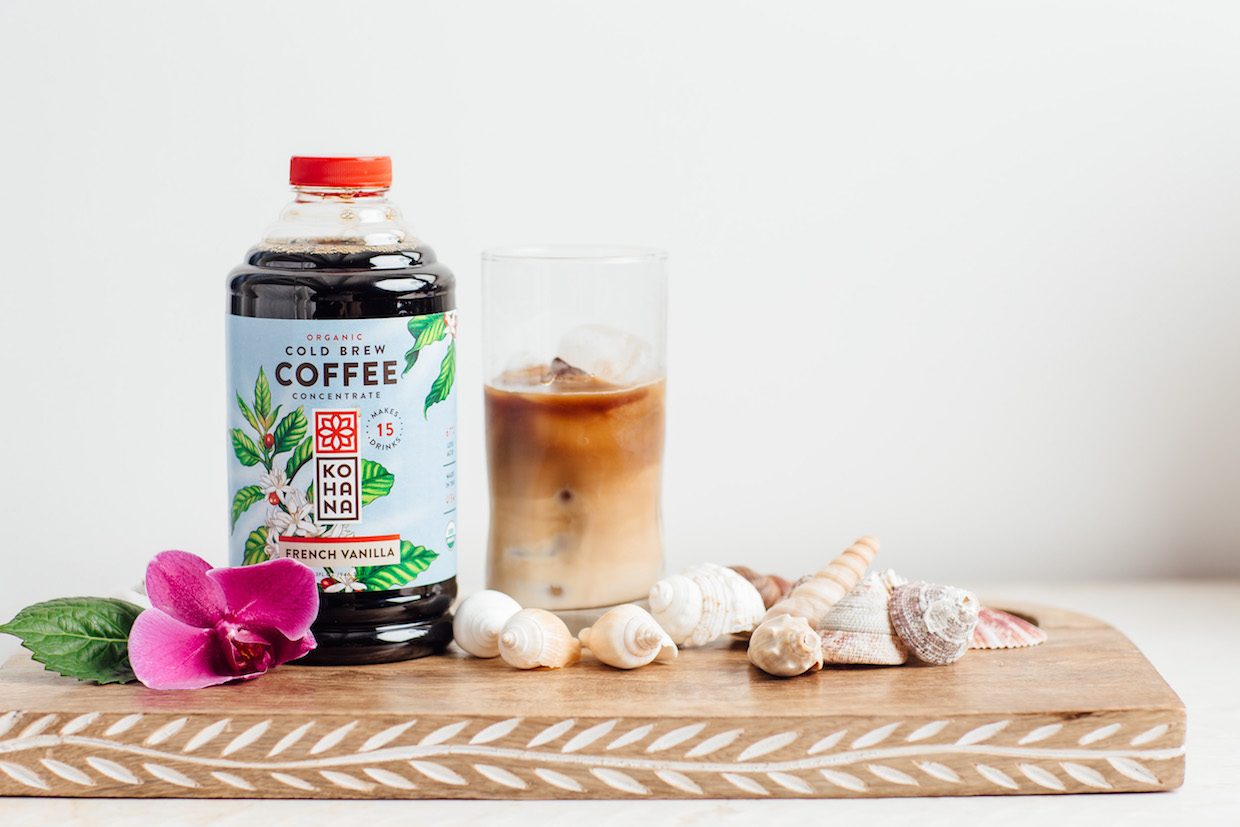 While such partnerships are naturally outward facing, Lynden said they spring from the company’s internal values, such as a culture of kindness and empathy, and support for a healthy work/life balance.

“People like to know they’re working for something bigger than a bottom line. Anything that carries that ideal into the larger community is great,” said Lynden of Kohana’s company culture. “Then there are the little things, like free snacks or a ping-pong table, company events, staff massages, guest speakers… you name it. Offer enough of these and you’ll create something substantial.” 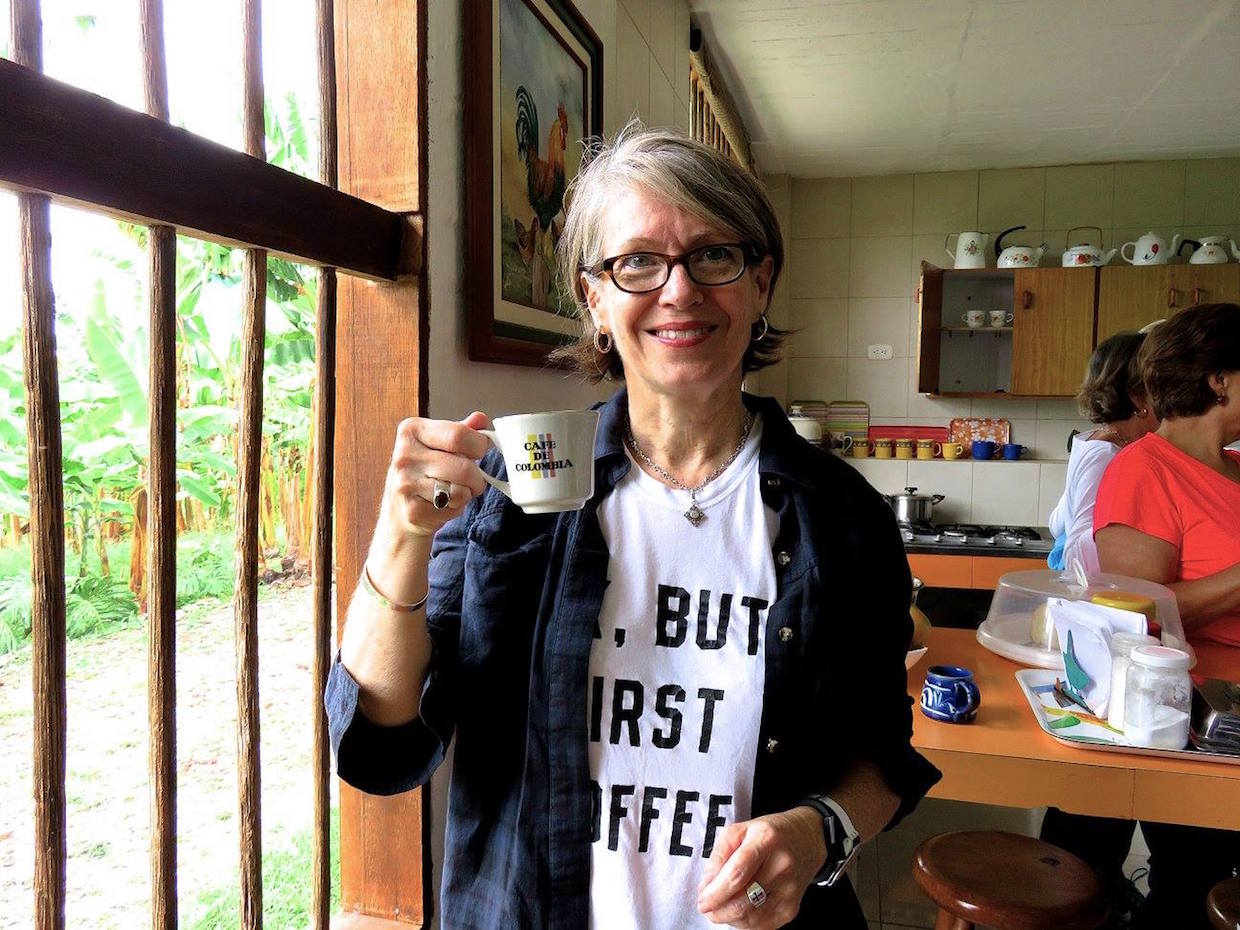 Piper Jones with IWCA in Colombia. Photo from Kohana Coffee on Facebook.

Lynden first conceived of the company on a trip to Hawaii with Jones, when the pair took shelter in a coffee shack after getting stuck in a torrential tropical rainstorm while riding mopeds.

“The moment I stepped inside, I was hit by the incredible aroma of absolutely perfect coffee that took me right back to my childhood spent at my mother’s kitchen table,” Lynden said. “The original intention was just to bring this incredible Hawaiian coffee to my store and cafe, Cissi’s Market, in Austin so I could share it with my customers.”

That initial interest soon blossomed into a full-blown obsession, and Lynden formally pursued her newfound passion for coffee with the founding of Kohana in 2008. Yet Kohana represents only a portion of Lynden’s entrepreneurial and social justice pursuits. She is also the founder and CEO of Alliance Abroad Group, a 30-year-old international cultural exchange company.

Through associations with nonprofits and other actors, that company is currently assisting to build orphanages in South Africa, working with endangered species in Central America, and engaging in education and sustainable living in underprivileged communities in the U.S. and around the world. 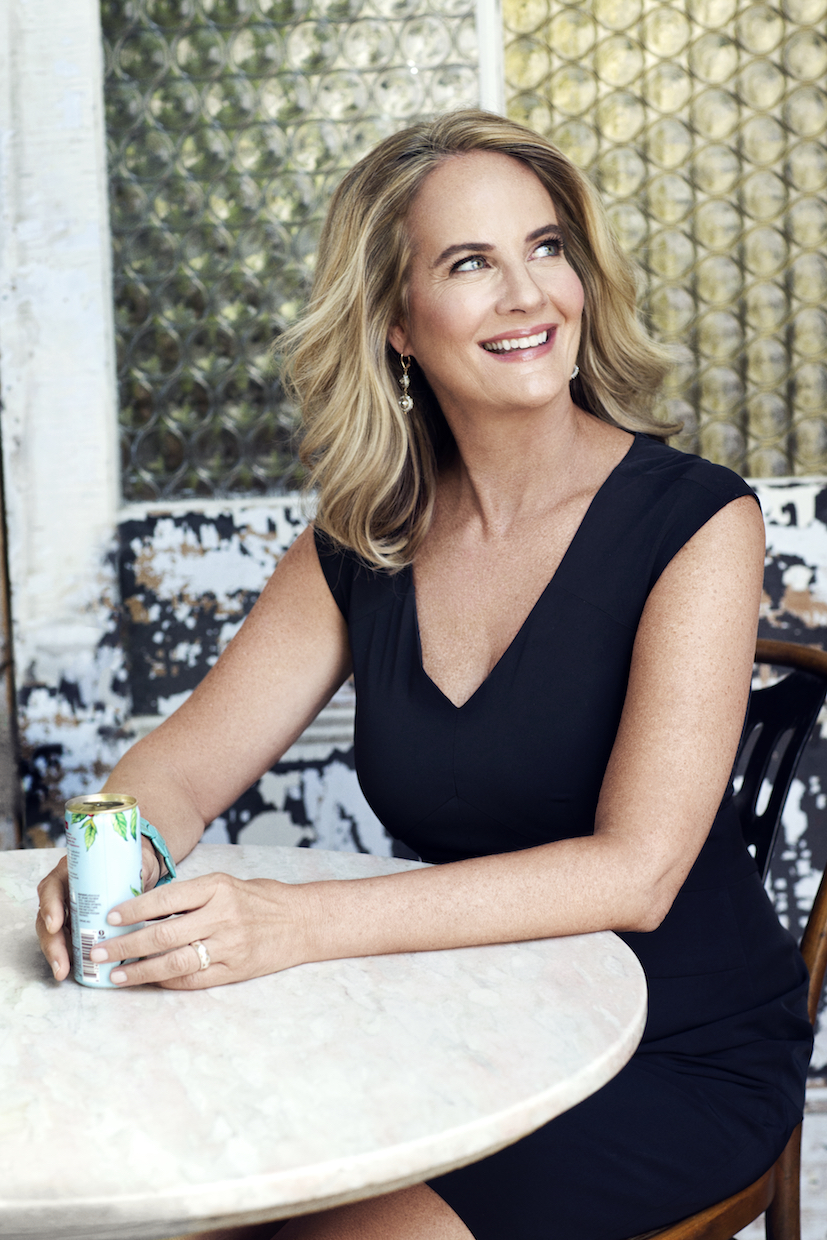 Victoria Lynden with a can of Kohana Coffee. Photo by Elisabeth Caren.

Coffee is a very nostalgic for me. The smell and feeling reconnects me to my mother, Cissi, who has played such an important role in my life and shaped who I am today. She was a single parent who worked many jobs in order to provide for me and my siblings. Even though it was sometimes a struggle to support her own family, she still found time to volunteer and help those in need — a value that she instilled in me at a very young age. I have vivid memories of her inviting people off the streets, some homeless and others just down on their luck, for a warm cup of coffee that always seemed to be percolating on our kitchen stove. Ever since, coffee has always represented a magical elixir that brings people together.

In the production of coffee, women still face many barriers in their pursuit of personal and professional success. From receiving less income and reduced access to inputs, less leadership opportunities at the cooperative level, less ownership of their own land — the list goes on. There’s a significant gender divide in the coffee industry that we are laser focused on addressing and changing at Kohana. We buy all of our coffee from female producers at a premium, so the proceeds get reinvested directly to benefit the women who cultivated and harvested it. 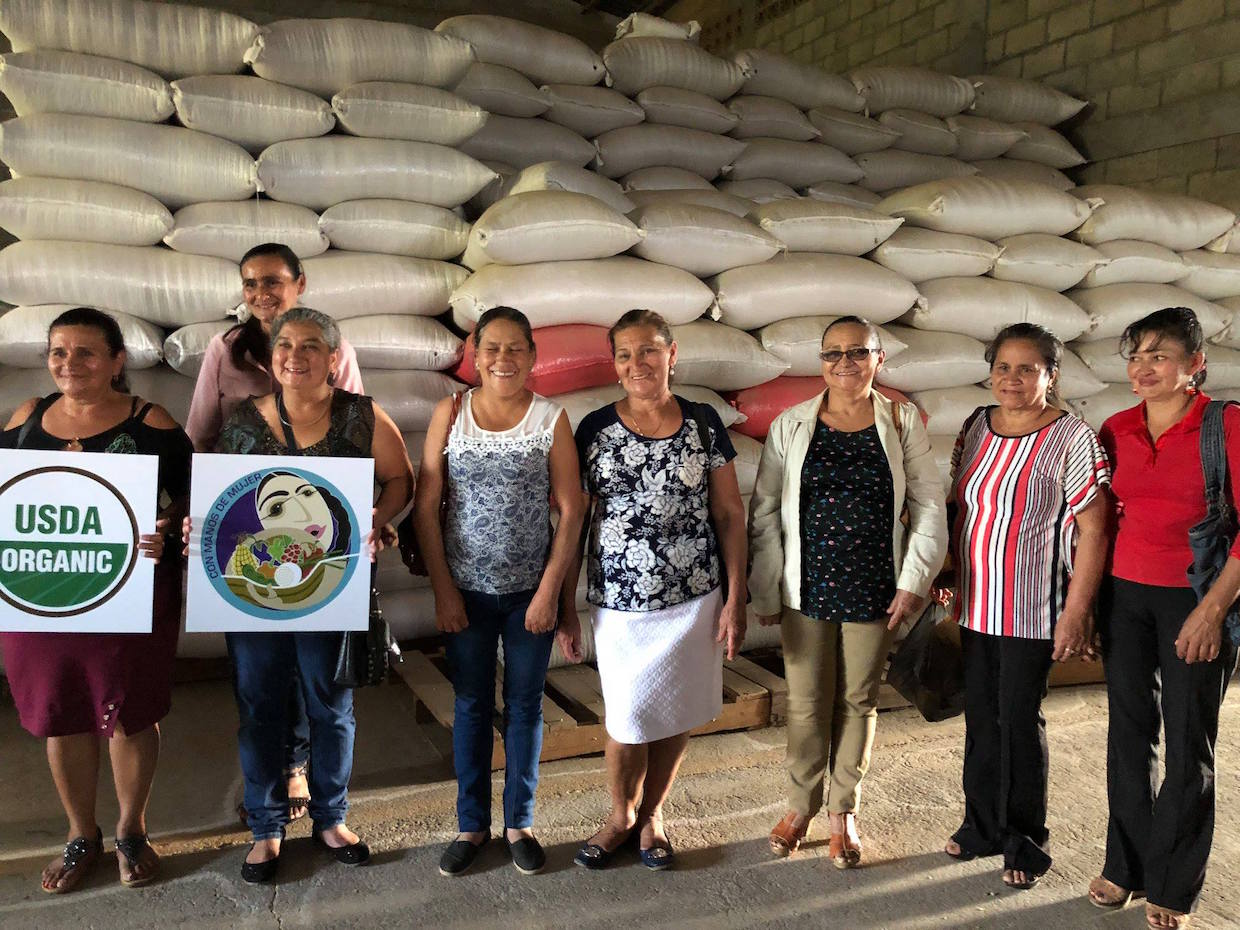 The women of PROEXO in Honduras. Kohana partners with the women producers of this coffee cooperative to source its 100% Organic specialty coffees.

Over the years, there has been such a high demand for coffee and as a result costs keep increasing. To make coffee production sustainable everyone is searching for a quick solution to get a profitable return. However, we must consider how we go about scaling in a way that protects the entire system in which it functions. That includes farmers, producers, landowners, consumers, and the environment. Even though the demand is growing, it’s essential that we protect the integrity and work of the people producing the beans that we all love so much.

As a serial entrepreneur, I am always looking at what is next. Ideally, I would like to find the right role to serve my passion via a commitment to public service — a role where I could utilize my own experiences as a woman and thought leader to influence change and explore the values-led and mission-based business arena, especially related to social responsibility and entrepreneurship.

(Editor’s note: An earlier version of this post incorrectly stated that Kohana Coffee is a member of 1% For the Planet. The company was formerly a member.)

Victoria and Piper are to be commended for their efforts. Their mission will generate a positive and profound social impact enhancing the lives of everyone.
I’m with them all the way.