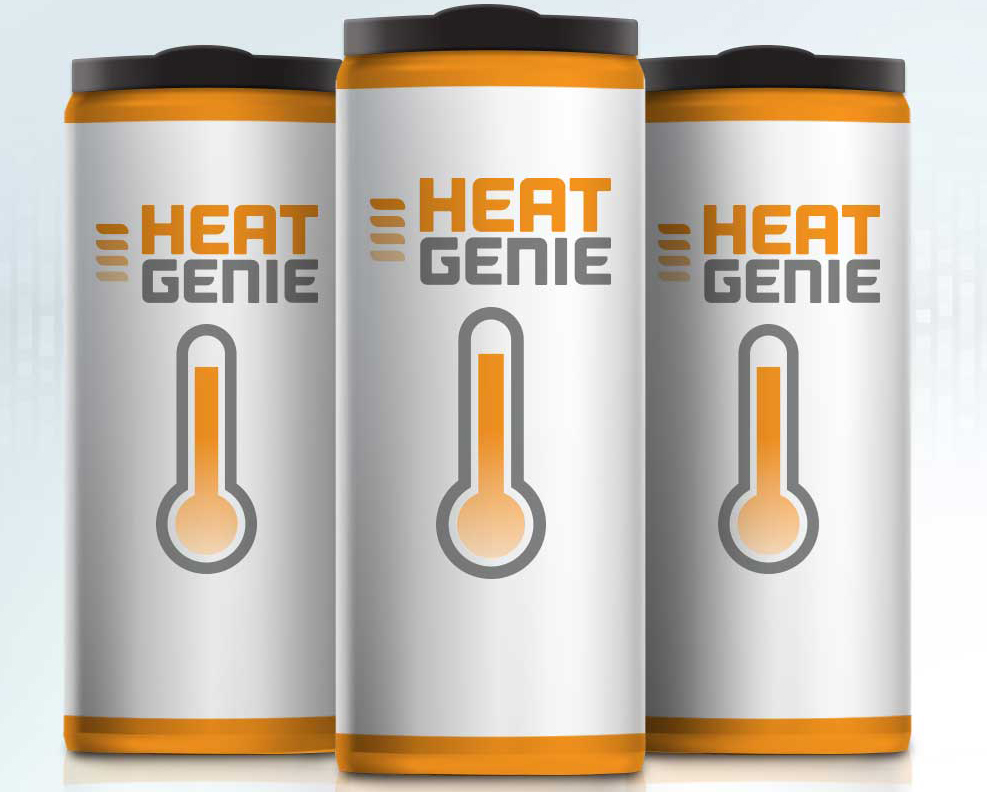 A rendering of a HeatGenie self-heating can. The company says it is in talks with beverage manufacturers to have the can in the marketplace by as early as this summer. Image courtesy of HeatGenie.

Austin, Texas-based RTD packaging manufacturer HeatGenie, which is targeting food and beverage industries with its patented self-heating technology for single-use products, has collected $6 million in a venture capital fundraising round.

Led by Artis Labs, with additional funding from Almanac Investments and several private investors, the latest round adds to seven prior investment rounds for the 11-year-old company, bringing total investments to $9.6 million.

HeatGenie’s key product is a proprietary self-heating technology that uses a flameless, solid state thermal reaction to heat prepared foods and beverages such as soup, cider and, of course, coffee. The solid state reaction is different from other companies’ earlier self-heating can technologies that were based on the isolated combination of liquids for exothermic chemical reactions.

HeatGenie sees opportunities in providing self-heating cans for coffee and other items consumed outside the home. A twist to the lid of the recyclable, single-use HeatGenie-equipped can enacts the reaction that heats the contents to a precise temperature in about two minutes, according to the company.

Despite a general movement away from single-use packaging in cafe environments, the fundraising success of HeatGenie suggests convenience and portability reign supreme in beverage packaging. Yet HeatGenie is not the first company to venture into self-heating can technology with an eye on the coffee industry.

Makers of prepared foods and beverages have rolled out various takes on the self-heating can over recent decades, mostly based on an exothermic chemical reaction that occurs by mixing lime with water.

In 2001 Nestlé launched its version of this in a 210-milliliter self-heating canned RTD coffee for UK test markets that would rise 40º C above ambient temperature in roughly three minutes when shaken. That product was developed in partnership with packaging-maker Crown Holdings Inc. (back then known as Crown Cork) and Thermotic Developments (which dissolved in 2011). The Nescafé product was scrapped a year later.

In early 2005, Wolfgang Puck licensed his name for use on a self-heating 10-ounce RTD canned latte product for the US market, including exothermic chemical reaction technology developed by San Diego-based company OnTech. Faulty products led to lawsuits, after which OnTech went out of business in 2008.

Chemically heated cans continue to exist on Spanish and Malaysian markets. Meanwhile in the United States, high-tech cans seem to be having a moment. Late last year, in recognition of the longstanding success of similar products on the Japanese market, HotShot Coffee introduced a line of canned coffees along with an accompanying “Hotbox,” in which the cans can be stored and heated. Just a few weeks ago, 7-Eleven announced the launch of its Fizzics fizzy RTD coffee packaged in self-cooling cans.

“We have always had an incredibly positive response to our technology from CPG brands, many expressing early interest in embedding HeatGenie into products,” HeatGenie CEO Mark Turner said in last week’s press release. “Now, with a commercialized and scalable solution ready for market, we are already partnering with beverage companies eager to give consumers a simple way to instantly heat coffee, tea, soup, broth, or sake, wherever and whenever they please.”

HeatGenie’s solid-state self-heating solution is ready for implementation into large-scale production quantities including in the tens of millions of units, according to the company. The first HeatGenie-inclusive products are slated for hitting the US market this summer, followed by more towards the end of the year.