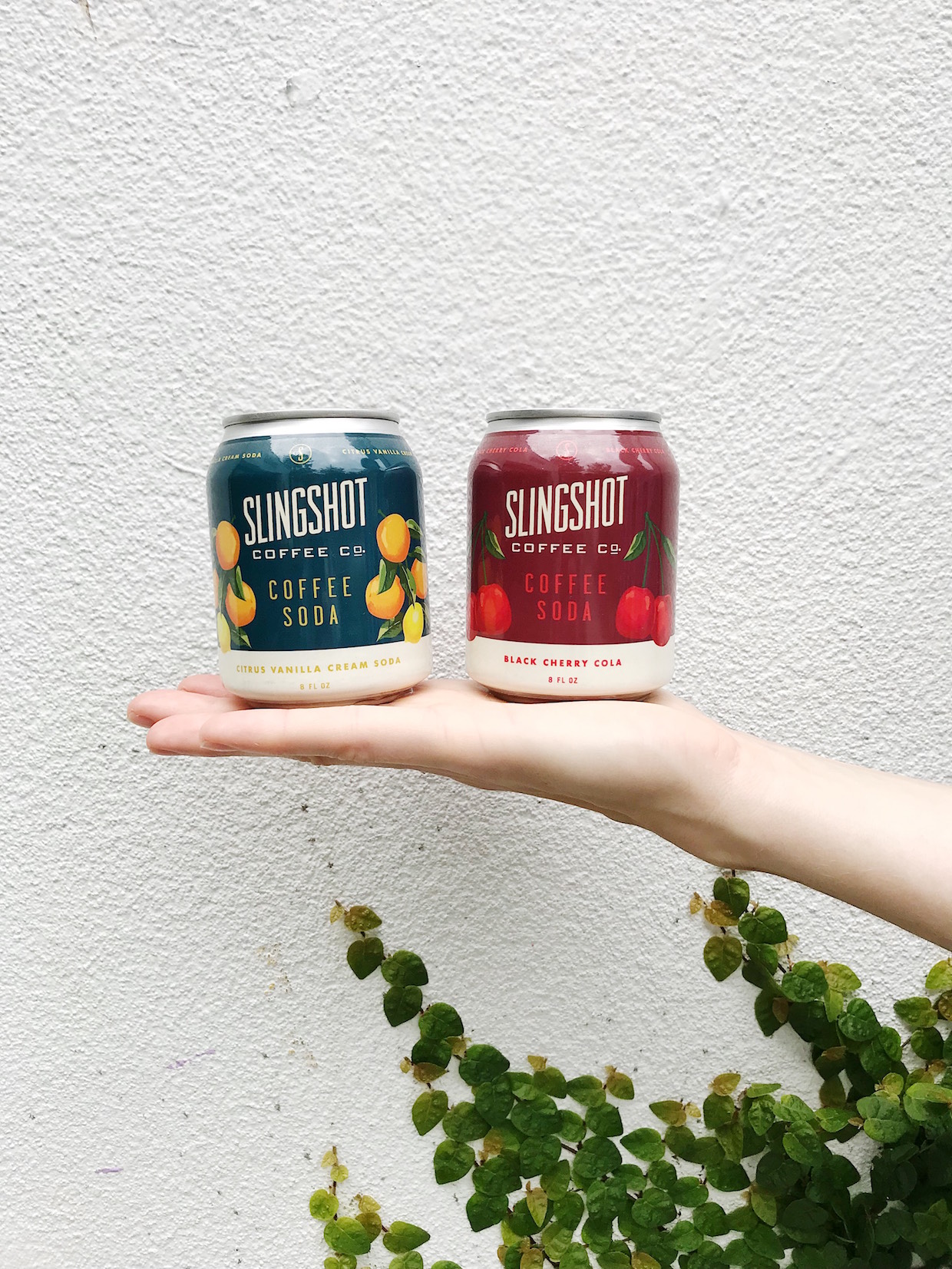 Since its launch in 2012 by the wife and husband team of Jenny and Jonathan Bonchak, both of whom worked in coffee before cold brew’s rapid ascendance as a product category, Slingshot has been on the leading edge of cold brew and cascara-based product development, finding some funding and landing some key grocery distribution deals along the way.

This is the company’s first foray into coffee soda, a subcategory that has been explored by other specialty cold brew purveyors such as Portland’s Stumptown,  Nashville’s Matchless and the startup Keepers.

In an announcement of the release, the Bonchaks describe the sodas’ profiles as light, bright and juicy, with the flavors inspired by their own favorites in non-coffee sodas. The ingredients for each flavor include only organic cold brewed coffee concentrate, filtered water, fruit juice concentrates, phosphoric acid and cane sugar (10 grams added to each can).

Said Slingshot Founder and CEO Jenny Bonchak, “We have spent the past three years testing soda recipes using a palate- and coffee-driven approach to achieve balanced flavor with a sparkling, effervescent mouthfeel.”

The shelf-stable drinks are packaged in 8-ounce aluminum squat cans, retailing at an SRP of $2.99. According to Slingshot, the coffee sodas will be hitting store shelves in the Southeast this month, then debuting on the West Coast through the company’s partnership with natural foods distribution company UNFI.

The company said it expects to scale up operations from the new production facility in downtown Raleigh’s Anchorlight complex, adding new equipment, a research and development lab and new office space.