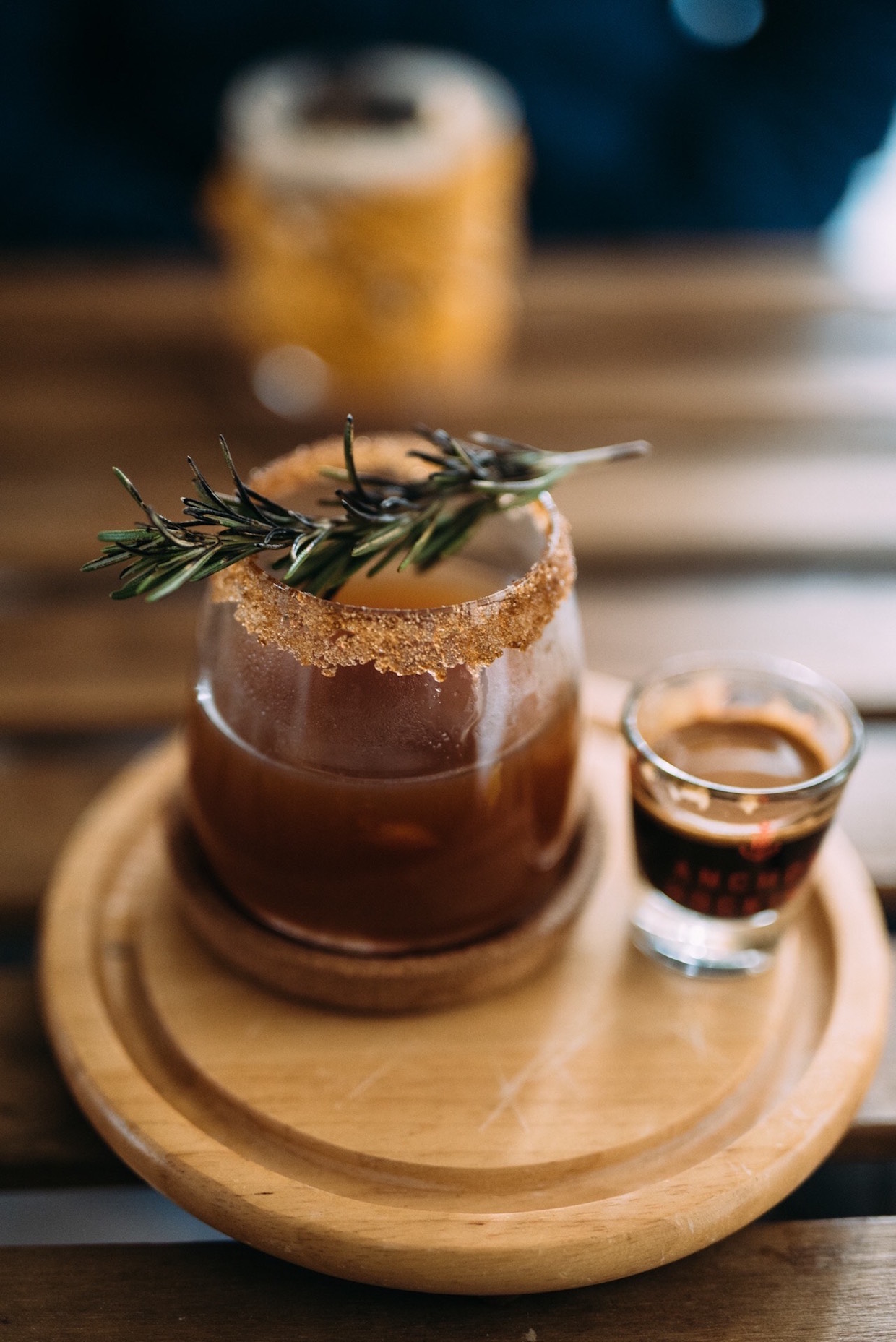 When 28-year-old Daniel Brown began slinging coffee-based specialty drinks involving elements like smoke, fresh herbs or acorns out of his newly opened coffee shop Gilly Brew Bar, he had no idea what the response might be to such experimental concoctions.

Located just outside of Atlanta, in historic Stone Mountain Village, Gilly Brew Bar opened its doors in 2018 inside of a home that dates back to 1834. The building was built by slaves for the first ever mayor of Stone Mountain Village and also survived Sherman’s March. These days, Brown and the Gilly team have transformed the space, generating a local buzz built on the innovative coffee creations, which are released seasonally and referred to as elixirs. 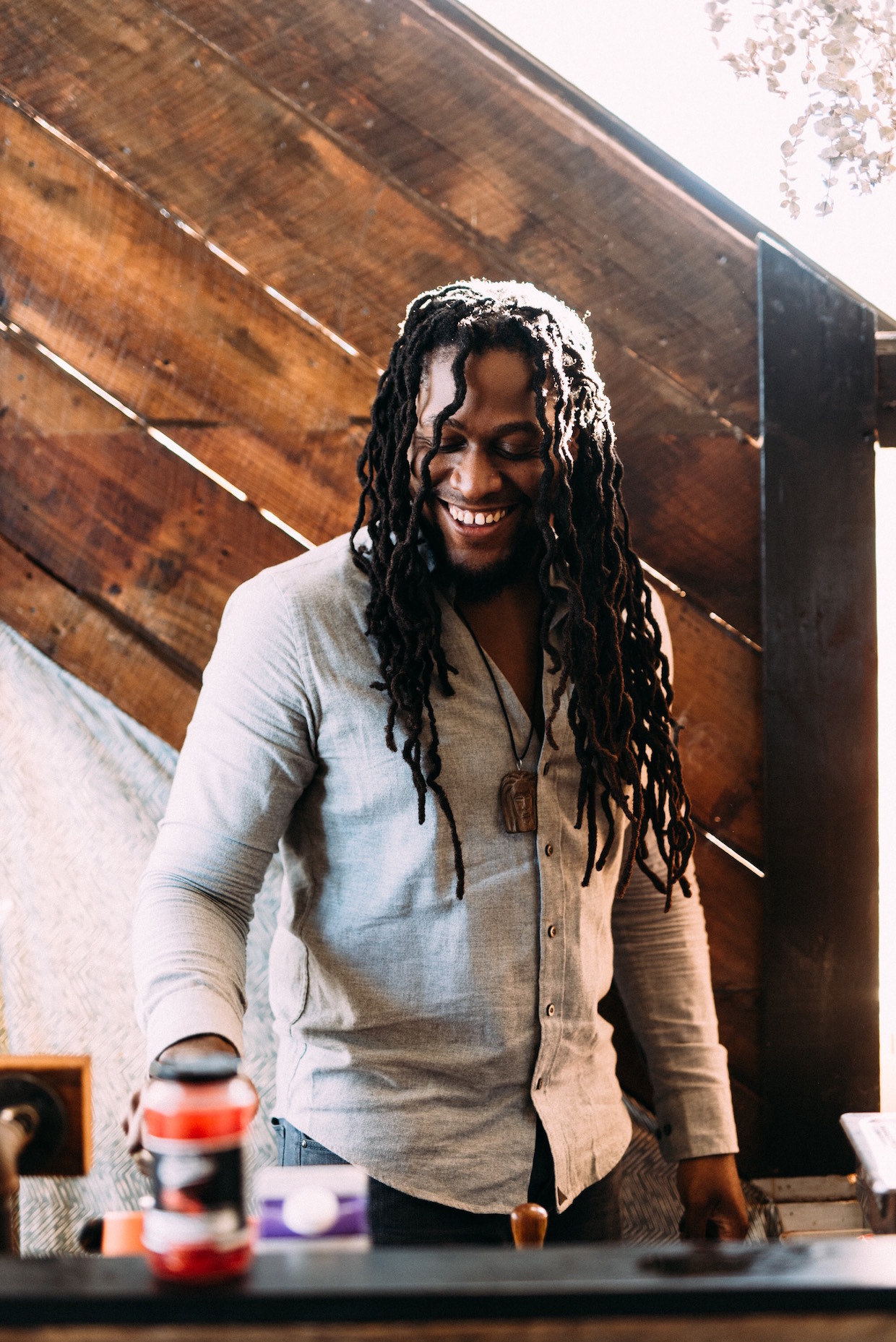 As founder and co-owner of Gilly, Brown said the rotating small line of elixirs was merely an attempt to provide “something new to this community.” Past coffee elixirs have names such as The Hippie, The Gilbert, and Strangers Things. A favorite of Brown’s and the first offering in the elixir line, The Hippie is composed of drip coffee infused with house-made lavender and rosemary syrups with a dash of heavy cream. Stranger Things, a truly out-of-the-box creation, was made using coffee brewed with acorns. A lineup of fall 2018 elixirs was inspired by fire along with seasonal spirit-warmers such as maple and brown sugar.

“It wasn’t until a few months later that people from all over were coming here and telling me that they’ve never seen this before,” Daniel Brown told DCN. “I don’t even wanna go as far to be like ‘I created this.’ I think some people have done something similar to it, but nothing like the way we’ve done it… I’ve always been known to mix weird things in my drinks, so for me it was nothing new. I think the hardest thing starting off was to convince people to actually try it, because if you tell someone ‘coffee and lemonade,’ you’d think those two flavors would clash.” 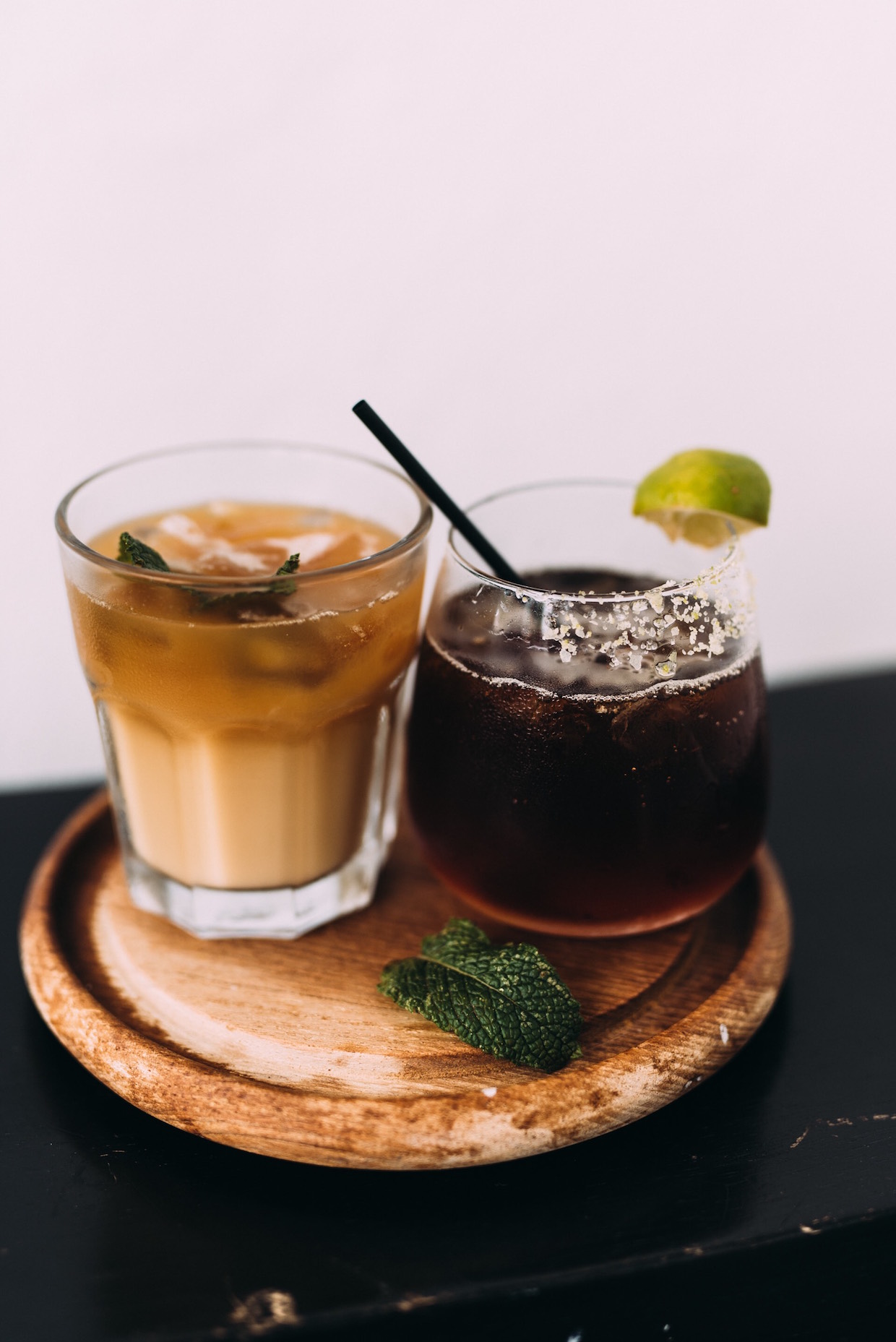 Although Brown has no qualms sharing the fact that he has little experience in the coffee business, what experience he does have extends all the way back to the age of seven. For Brown, coffee truly served as an elixir after a doctor first prescribed him a pump to treat asthma symptoms.

“Coming from a Caribbean background and house remedies, my mom she didn’t want me to use a pump,” Brown said. “And so, at night if I was wheezing, she’d give me a black cup of coffee, because coffee helps to open up the chest cavity. It probably wasn’t the best for a 7-year-old. I was up all night, but I wouldn’t be wheezing and with a tight chest.” 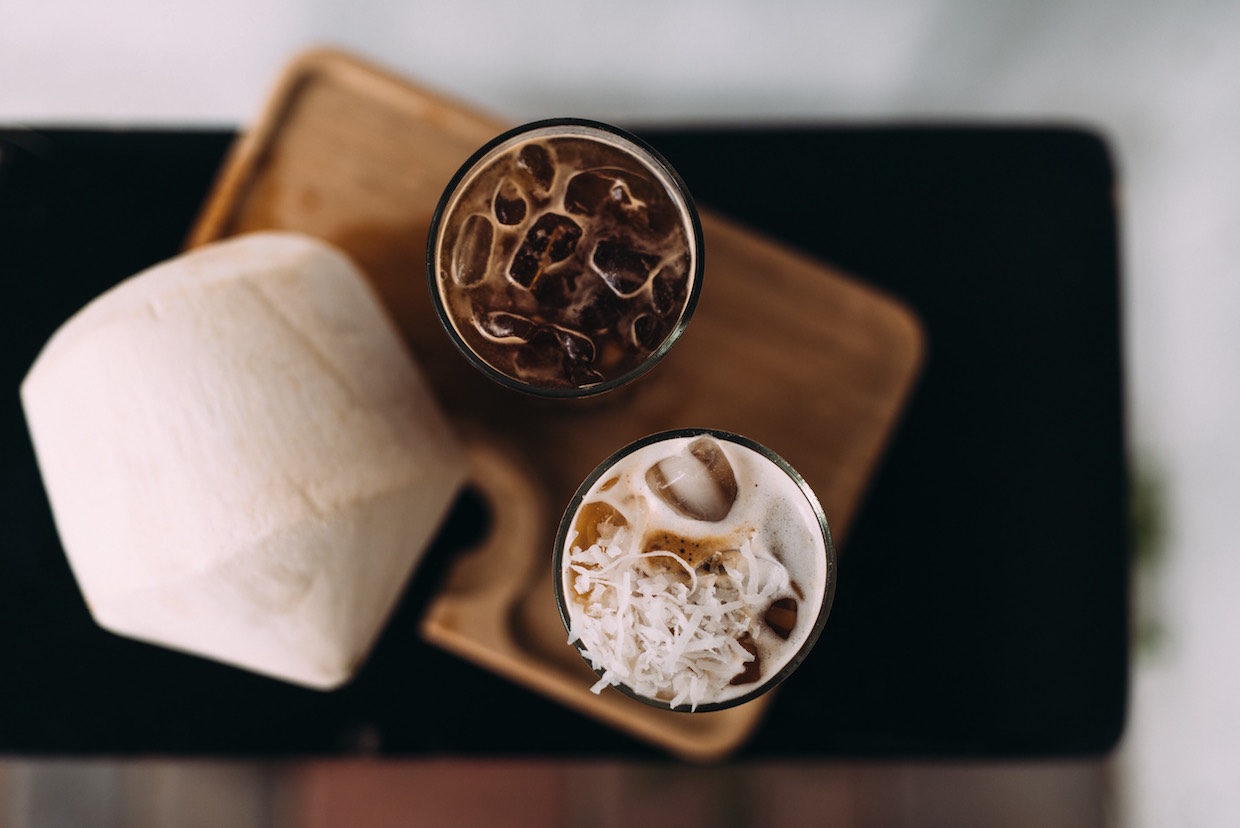 Located roughly 20 miles from the center of downtown Atlanta, Stone Mountain Village isn’t exactly considered a specialty coffee destination. In fact, Brown revealed that many of Gilly’s frequent patrons come from 10 or 15 miles away in search of these elusive elixirs.

“That has definitely set us apart from all coffee shops,” Brown said. “I wouldn’t be surprised if more coffee shops go in that direction… We’re so far removed from the hot spots: West Midtown; the Downtown area where you have the Brash Coffee or Taproom or Octane. And they’re all within close proximity. If you look on the map, we’re way off. I think we’re a little ahead of the progression here in historic Stone Mountain, but I know that we’ve gained the interest of people outside the community. So, that just encourages me to continue pushing out fresh ideas.”