Unincorporated Coffee Roasters is Proudly Out of Bounds 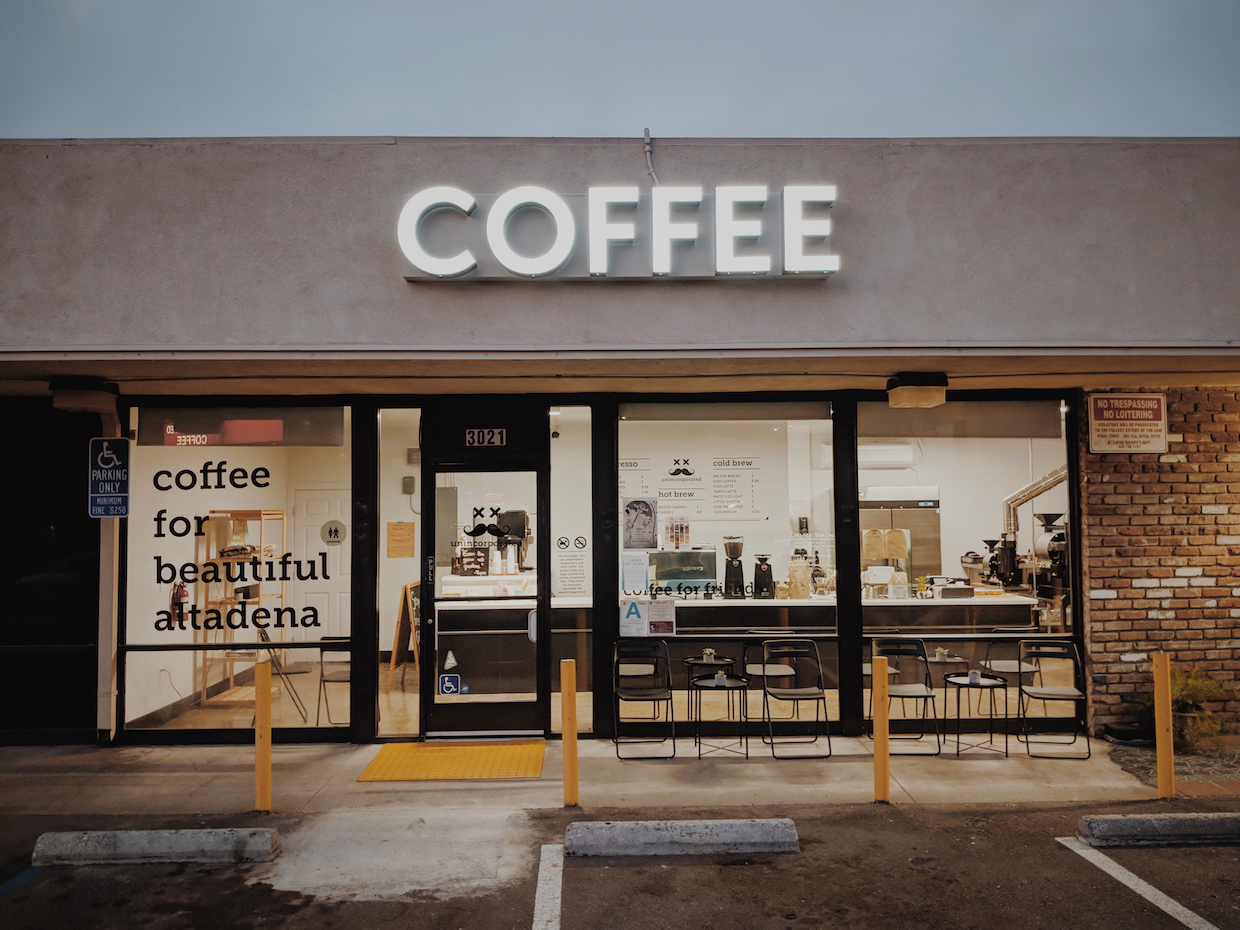 With corporate consolidation running rampant in the specialty coffee industry, a smaller company’s independence can be a point of pride. And with so much seriousness associated with the standards and methods of quality and coffee science, a sense of humor isn’t always a given where high-end coffee is served.

At Unincorporated Coffee Roasters, which opened the doors to its Altadena, California, roastery cafe this past summer, customers are treated to the peak of quality without the all the gravitas. The scrappy startup also delights in its independence, both in business and in its geography, situated in close proximity to Los Angeles and Pasadena yet in a literally unincorporated corner of the map sandwiched by the border of L.A. county and the Angeles National Forest. 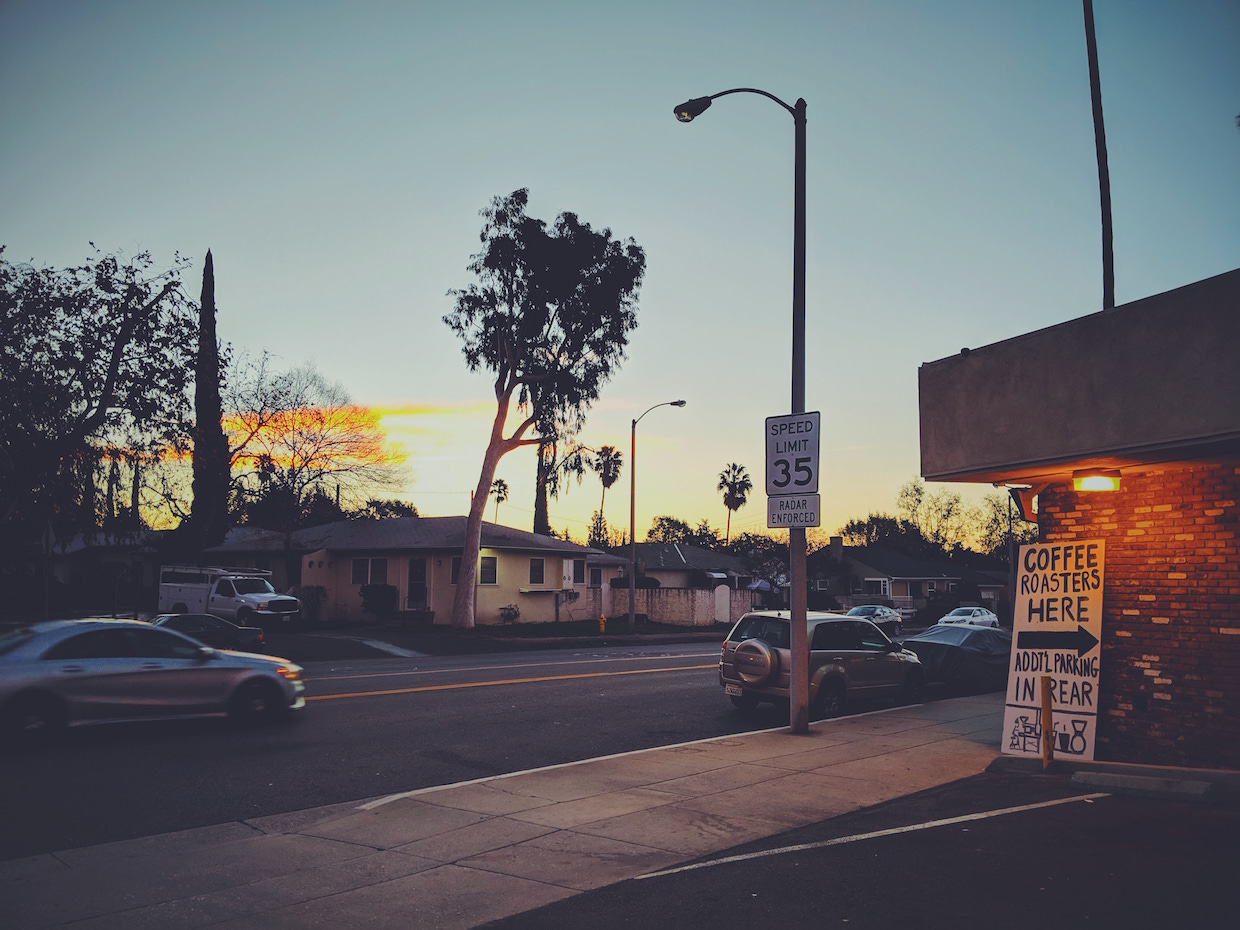 “Much like Amazon, Apple, Disney and Google, we too started in a garage, but we stay humble about it,” UCR Co-founder and Head Roaster Alan Janoyan told Daily Coffee News. “We’ve been hustlin’ coffee to Los Angeles since 2013, when we started our farmers’ markets. This gave a chance to test our coffee with different people and refine our recipes in that time.”

Janoyan began his quest as a home roaster, then pursued formal training from Willem Boot six years ago. Since June of last year, Unincorporated patrons have been able to witness transformations of greens into browns on the company’s 1-pound and 5-pound-capacity San Franciscan roasting machines at the Altadena roastery that Janoyan described as “bigger than a watch shop but smaller than a liquor store.” 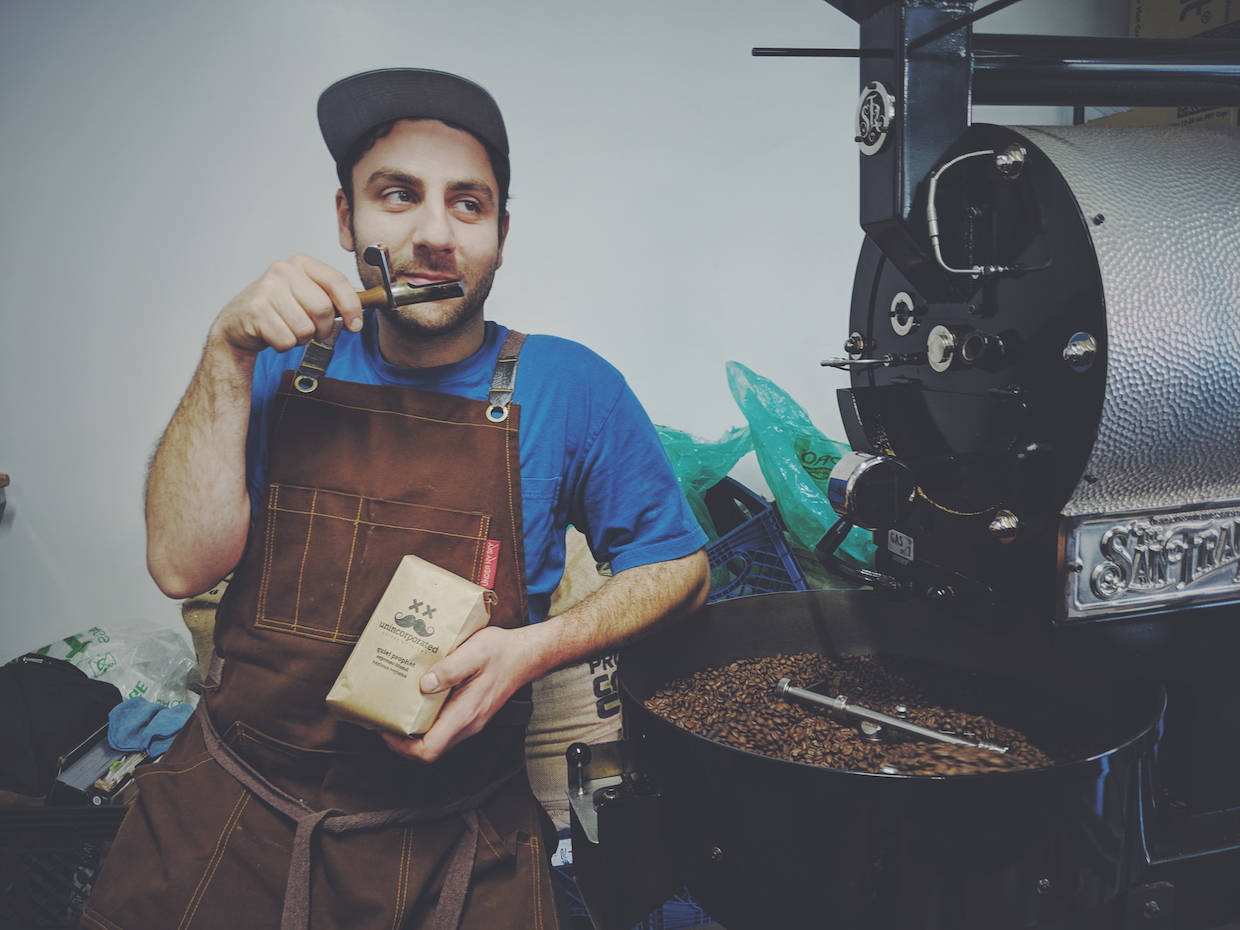 A straightforward menu of drinks served over the retail counter is prepared on a La Spaziale S2 espresso machine and Eureka grinders, with Chemex manual brewers used exclusively both for single cups and larger batches. While there’s not much seating by the counter, where most drinks are made for takeaway, customers can pull up one of a few chairs by a window from which the Angeles Crest mountain range is visible.

Otherwise, the spectacle is mainly that of Janoyan’s work with raw materials sourced via such importers as Olam, Coffee Shrub, Direct Origin Trading, Onyx and various others. Said Janoyan, “We keep our options open when it comes to green coffee.” 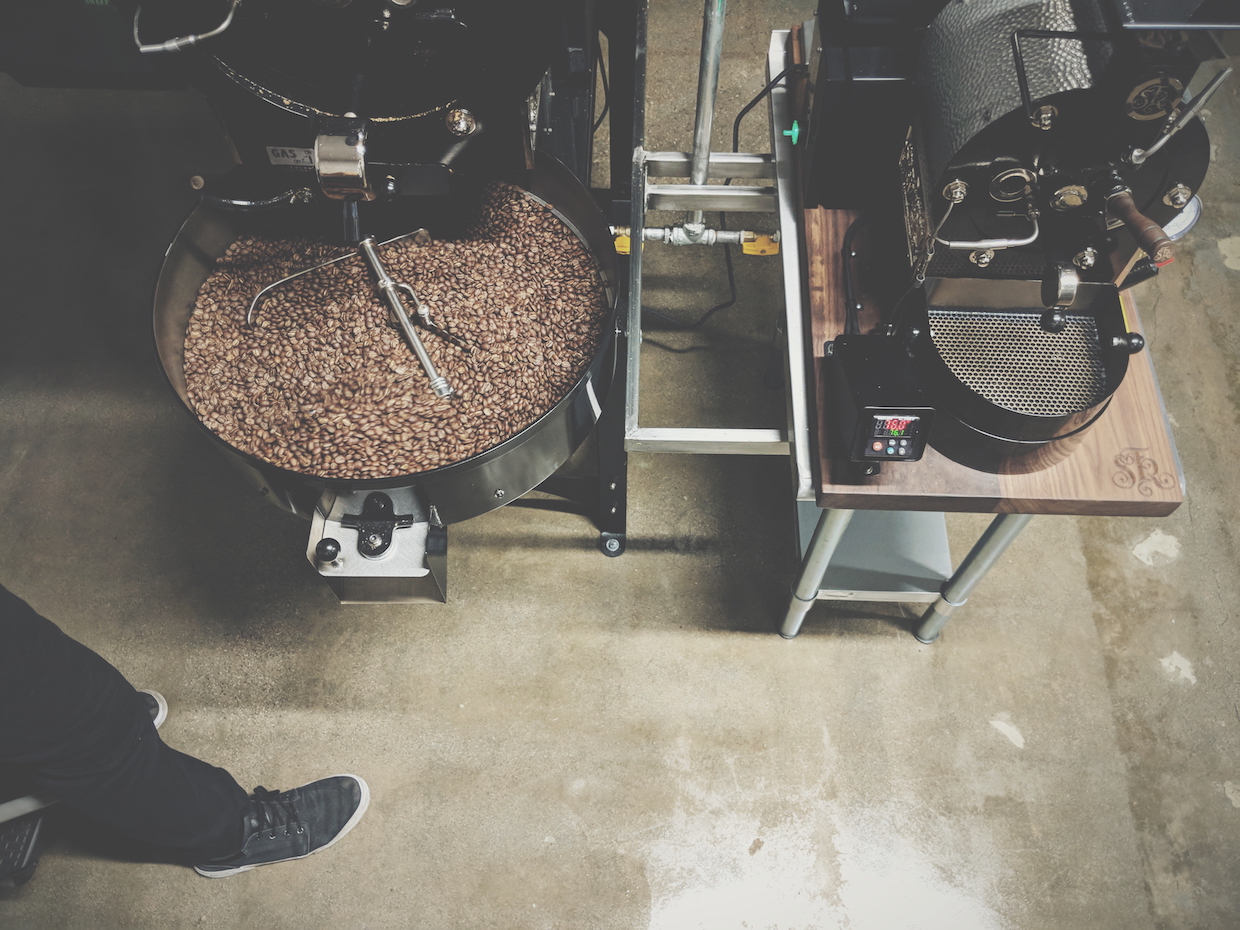 Single origin offerings from Peru, Mexico, Ethiopia and elsewhere exist alongside the company’s perennial espresso blend, Quiet Prophet, and its all-purpose “classy blend for classy people,” Three Idiots. The latter, of course, is named for the leadership triumvirate of Janoyan, Co-founder Arthur Sohrabian, and Paco the plaster seagull, a statue Janoyan’s family bought from an artist in Mexico.

“Paco is a saint,” said Janoyan, who added that the bird is also the inspiration for the blend Quiet Prophet, and answers as well to The Mona Lisa of Coffee. “Coincidentally, Paco is also my best friend.”

The bird was present at the company’s first farmer’s market stand in DTLA, where, according to Janoyan, it became an instant sensation. 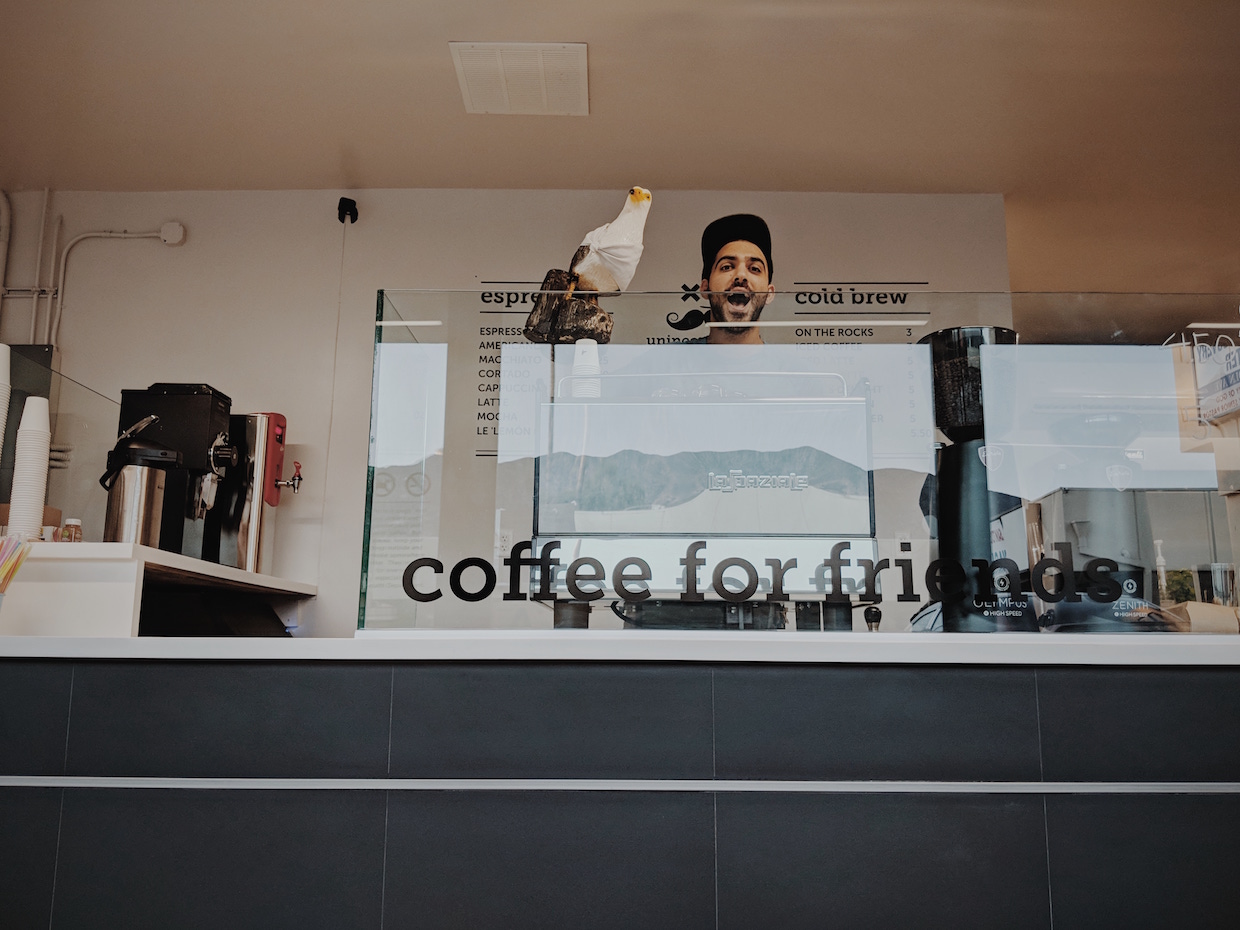 “He became an ambassador to our customers and helps a lot of people find us at crowded farmers markets,” said Janoyan. “Now he’s part of the brand and continues to charm the masses. #pacocares.”

Going forward, Sohrabian, Janoyan and Paco plan on continuing to grow Unincorporated Coffee Roasters slowly but surely through its wholesale program and its existing storefront, but not without some lofty goals for possible new territory in the future.

“We want to be the first coffee on Mars,” said Sohrabian. “In all honesty, we want to provide a good product with good service and fun. We’re here to bridge the gap between the habitual Starbucks drinker and the intimidating specialty coffee world. Soon after, we’ll take coffee to Mars.” 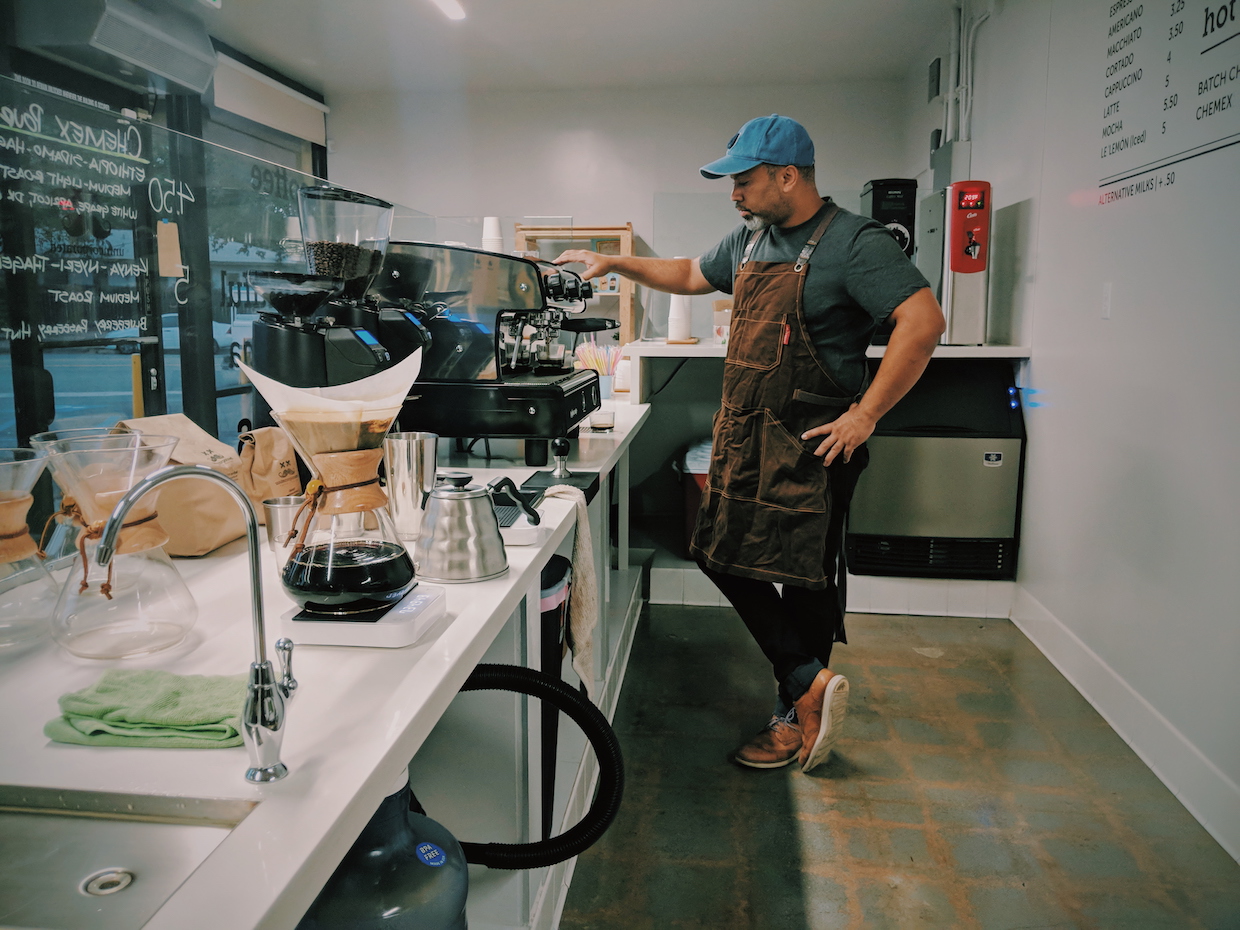 Wow. What a good post. I will buy a new commercial coffee roasting machine these days. It is Kafgar Coffee Roaster 10 kg batca capacity. i will begin to roast my coffee