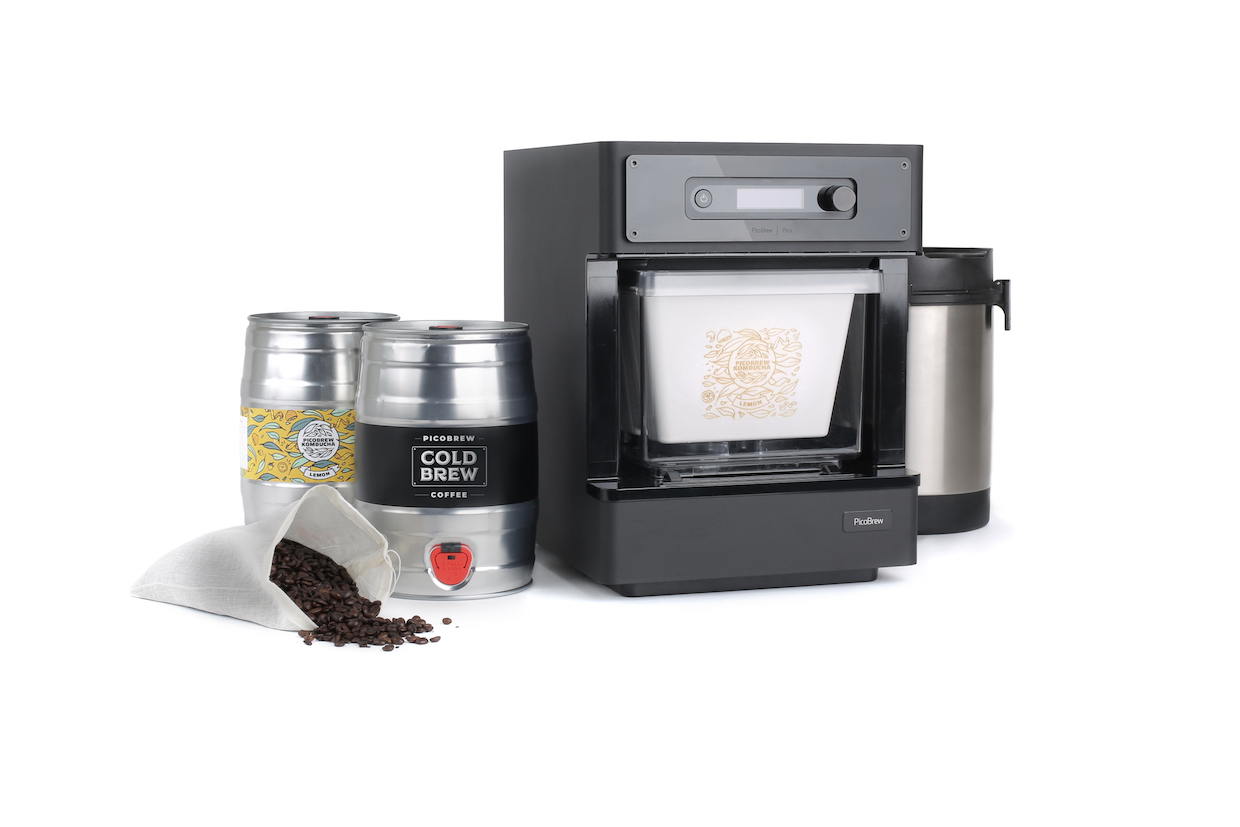 The Pico C bundle with built-in software for cold brew production. All images courtesy of PicoBrew.

Seattle-based  beer brewing and distilling equipment manufacturer PicoBrew is expanding into the cold brew coffee game, offering systems that could be suitable for home brewers or scaled for smaller commercial productions.

PicoBrew’s emergence into the coffee category involves a software update for the company’s entry-level Pico C brewing machine, which now includes a program specifically for cold brew coffee. The company announced that with the update, the Pico C appliance can brew up to five liters of cold brew per batch.

PicoBrew is also applying the technology to its forthcoming, larger Z series of machines, designed more for brewery professionals for small sample batches, rather than for home brewers. Yet the capacity of Z machines could easily translate to a small coffee production environment, with up to 2.5-gallon batches per unit. A stack of four linked Z units will therefore be able to brew up to 10 gallons of cold brew. A batch of cold brew in either system will be ready to drink in an average of 90 minutes, depending on the user’s parameters.

The same temperature control technology applied to beer-making is beneficial to the creation of both beer and coffee beverages, according to the company. Yet the cold brew program is not only different from the beer program, it is distinct among other cold brew methods, as well. 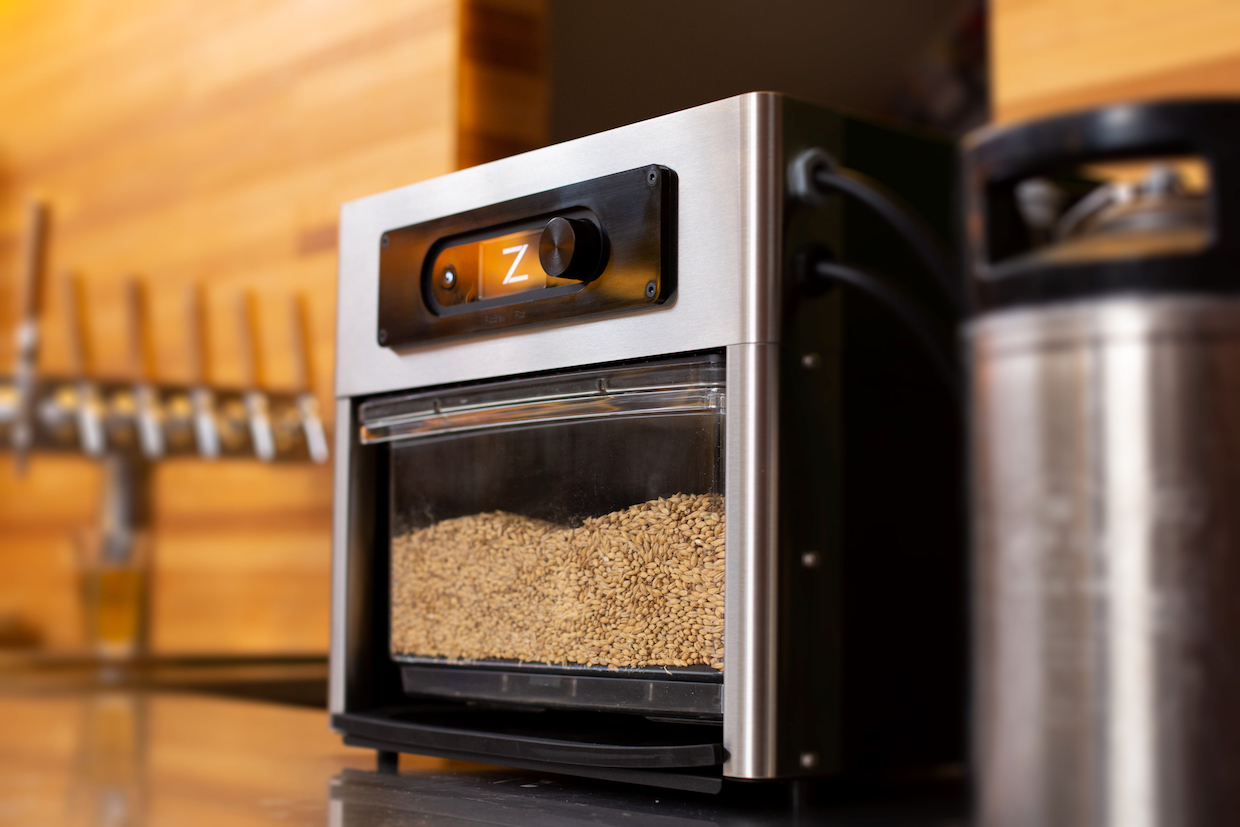 The forthcoming Z Series machine from Pico, which offers larger batch sizes (up to 2.5 gallons per batch for cold brew).

The company said both the C and Z systems can execute a hot brewing phase, so as to bloom fresh-roasted coffee and release its pent-up CO2, then cool it down for extended cold brewing and hold steady at user-designated temperatures. Users can stretch or shorten the duration of a brew cycle according to their own extraction goals, recipes and desired concentration.

PicoBrew Engineering Director Dave Doucette, who helped develop both the Pico C and Z series, was previously a hardware design manager for Starbucks and its work with the Clover coffee brewer. Mitchell told DCN that the company also counted Seattle’s Best Coffee founder James Stewart among its taste-testers for cold brew made by Pico machines.

Apart from brewing with any coffee a user chooses, the machines will also still brew beer. The Pico C system brews beer using compostable “PicoPaks” the company assembles with pre-measured grains and hops according to recipes provided by over 200 breweries from around the world. This library includes a number of coffee beers, such as coffee stouts, porters, and a coffee blonde ale.

Current owners of existing Pico C units need only to purchase one of the company’s reusable cold coffee filter bags for $4.99 from the PicoBrew website in order to take advantage of the new functionality. No additional filters or components are required for cold brewing coffee in the larger Pico Z.

To simplify cleaning procedures and minimize vessel space, both the PicoBrew systems only brew to kegs. Said Mitchell, “Aside from time, space and cost savings, this design choice also serves to reduce oxidation and increase shelf life.”

The company is currently offering new customers a craft bundle for a discounted price of $299 that includes the Pico C, three reusable coffee filters, a kombucha PicoPak for brewing kombucha, and two 5-liter brewing kegs. The Z Series, which is expected to begin shipping to customers this June, is currently open for discounted pre-orders prior to rising to its retail price range of $2,500 to a single-unit Z1 up to a four-unit rack Z4 package for $8,500.

I was researching about PicoBrew and found out this amazing blog. It especially helped me to analyze the price variations.