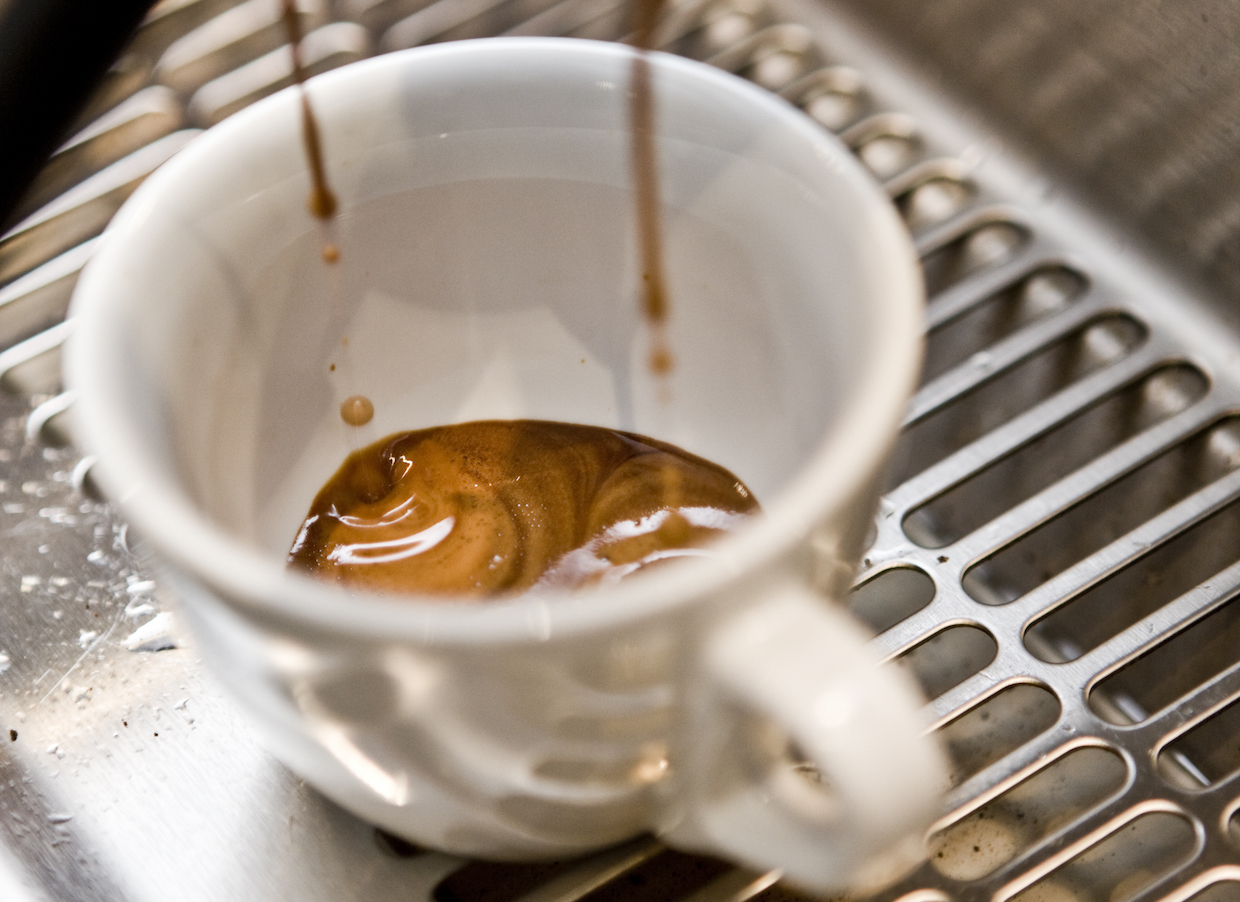 This section of trouble shooting 101 concentrates on the problems plaguing brand new systems. In this case, failure modes are generally not related to aging, but instead to mistakes in design and assembly made by human beings.

In this case, bad connections are usually due to assembly error, such as a connection to the wrong point or poor connector fabrication. Short circuit failures are also seen, but usually involve misconnections — such as conductors inadvertently attached to grounding points — or wires pinched under box covers.

Another wiring-related problem seen in new systems is that of electrostatic or electromagnetic interference between different circuits by way of close wiring proximity. This kind of problem is easily created by routing sets of wires too close to each other — especially routing signal cables close to power conductors — and tends to be very difficult to identify and locate without high-sensitivity test equipment, usually in a lab setting.

Blown fuses and tripped circuit breakers are likely sources of trouble, especially if the project in question is an addition to an already-functioning system. Loads may be larger than expected, resulting in overloading and subsequent failure of power supplies. There are also cases where tolerances of electronic components can allow periodic failures if there is too much draw unexpected on a power supply.

In the case of a newly-assembled system, component fault probabilities are not as predictable as in the case of an operating system that fails with age. Any type of component — active or passive — may be found defective or of imprecise value “out of the box” with roughly equal probability, barring any specific sensitivities in shipping (i.e fragile vacuum tubes or electrostatically sensitive semiconductor components). Moreover, these types of failures are not always as easy to identify by sight or smell as an age- or transient-induced failure.

Increasingly seen in large systems using microprocessor-based components, “programming” issues can still plague non-microprocessor systems in the form of incorrect time-delay relay settings, limit switch calibrations, and drum switch sequences. Complex components having configuration “jumpers” or switches to control behavior may not be “programmed” properly. Components may be used in a new system outside of their tolerable ranges. Resistors, for example, with too low of power ratings, of too great of tolerance, may have been installed. Sensors, instruments, and controlling mechanisms may be uncalibrated, or calibrated to the wrong ranges. Many of these failure types are difficult to identify without intimate knowledge of the entire system (read “an Electrical Engineer”).

Perhaps the most difficult to pinpoint and the slowest to be recognized —especially by the chief designer — is the problem of design error, where the system fails to function simply because it cannot function as designed. This may be as trivial as the designer specifying the wrong components in a system, or as fundamental as a system not working due to the designer’s improper knowledge of physics, or simply that not all conditions were known and calculated when designing.

While most design flaws manifest themselves early in the operational life of the system, some remain hidden until just the right conditions exist to trigger the fault. These types of flaws are the most difficult to uncover, as the troubleshooter usually overlooks the possibility of design error due to the fact that the system is assumed to be “proven.” The example of the turbine lubrication system was a design flaw impossible to ignore upon start-up. An example of a “hidden” design flaw might be a faulty emergency coolant system for a machine, designed to remain inactive until certain abnormal conditions are reached — conditions which might never be experienced in the life of the system.

Fallacious reasoning and poor interpersonal relations account for more failed or belabored troubleshooting efforts than any other impediments. With this in mind, the aspiring troubleshooter needs to be familiar with a few common troubleshooting mistakes.

Trusting that a brand-new component will always be good

While it is generally true that a new component will be in good condition, this is not always true. It is also possible that a component has been mislabeled and may have the wrong value. Usually this mis-labeling is a mistake made at the point of distribution or warehousing and not at the manufacturer, but again, not always.

Not periodically checking your test equipment

This is especially true with battery-powered meters, as weak batteries may give spurious readings — and particularly true of lower-cost meters. When using meters to safety-check for dangerous voltage, remember to test the meter on a known source of voltage both before and after checking the circuit to be serviced, to make sure the meter is in proper operating condition. Higher-end meters should also be recalibrated at the manufacturer if you suspect they are out of tolerance.

Assuming there is only one failure to account for the problem

Single-failure system problems are ideal for troubleshooting, but sometimes failures come in multiple numbers. In some instances, the failure of one component may lead to a system condition that damages other components. Sometimes a component in marginal condition goes undetected for a long time, then when another component fails the system suffers from problems with both components. Multiple failures are also common in systems where high and low voltage are in close proximity to one another.

After a long effort at troubleshooting a difficult problem, you may become tired and begin to overlook crucial clues to the problem. Take a break and let someone else look at it for a while. You will be amazed at what a difference this can make. On the other hand, it is generally a bad idea to solicit help at the start of the troubleshooting process. Effective troubleshooting involves complex, multi-level thinking, which is not easily communicated with others. More often than not, “team troubleshooting” takes more time and causes more frustration than doing it yourself. An exception to this rule is when the knowledge of the troubleshooters is complementary — for example, a technician who knows electronics but not machine operation teaming with an operator who knows machine function but not electronics.

This may sound rather cynical and misanthropic, but it is sound scientific practice. Because it is easy to overlook important details, troubleshooting data received from another troubleshooter should be personally verified before proceeding. This is a common situation when troubleshooters “change shifts” and a technician takes over for another technician who is leaving before the job is done. It is important to exchange information, but do not assume the prior technician checked everything they said they did, or checked it perfectly. I’ve been hindered in my troubleshooting efforts on many occasions by failing to verify what someone else told me they checked.

Being pressured to “hurry up”

When an important system fails, there will be pressure from other people to fix the problem as quickly as possible. As they say in business, “time is money.” Having been on the receiving end of this pressure many times, I can understand the need for expedience. However, in many cases there is a higher priority: caution.

If the system in question harbors great danger to life and limb, the pressure to “hurry up” may result in injury or death. At the very least, hasty repairs may result in further damage when the system is restarted. Most failures can be recovered or at least temporarily repaired in short time if approached intelligently. Improper “fixes” resulting in haste often lead to damage that cannot be recovered in short time, if ever. If the potential for greater harm is present, the troubleshooter needs to politely address the pressure received from others, and maintain their perspective in the midst of chaos. Interpersonal skills are just as important in this realm as technical ability!

It is all too easy to blame a problem on someone else, for reasons of ignorance, pride, laziness, or some other unfortunate facet of human nature. When the responsibility for system maintenance is divided into departments or work crews, troubleshooting efforts are often hindered by blame cast between groups. “It’s a mechanical problem… it’s an electrical problem… it’s an instrument problem…” ad infinitum, ad nauseum, is all too common in the workplace.

I have found that a positive attitude does more to quench the fires of blame than anything else.

Some excellent points in this piece.

I’ve been far too deep into automotive diagnosis and repair, and have no computers to sort it out so I must rely on a solid understanding of system function and the part each component plays in the system. These systems seem to increase exponentially in complexity as time passes.

Your caution to never assume even a new in box component is good is too true. Recently I was diagnosing a no-start/run condition in an older Volvo. A “no spark” condition seemed to be the underlying issue.. but WHICH of the many components had failed? I had an untested spark module and subsituted. No change, so I guessed my “spare” was defective, and got a new one. Still no go. Now what? Further testing revealed a crank angle sensor with an open coil, so replced that. STILL no go. In desparation I replaced the NEW spark module with my spare… instant success. Traded back, no start. The NEW PART was defective in the box. The crank sensor was also bad, per resistance testing, no question there.

I was NOT happy with NAPA’s Chinese replacement part in their branded carton. Did get my money back, and the car ran, so I called that one a wrap.

Over the years of working with similar systems, I developed a kit of known good used parts and many times it is far quicker to unplug a suspected trouble source, plug in the “test” part and know for certain. Running the complex and time consuming component test protocol can be replaced with a fifteen second connection swap. If no change, switch back to the original.

In the coffee equipment I’ve had to touble shoot I’ve applied the same system. I keep in store the common failure components on the equipment I run. Beginat most likely, keep going till you hit it. usually by the second suspicion in mind. Makes it SO simple and fast.