From South Korea, The Wootz 7 Grinder Makes Powerful US Debut 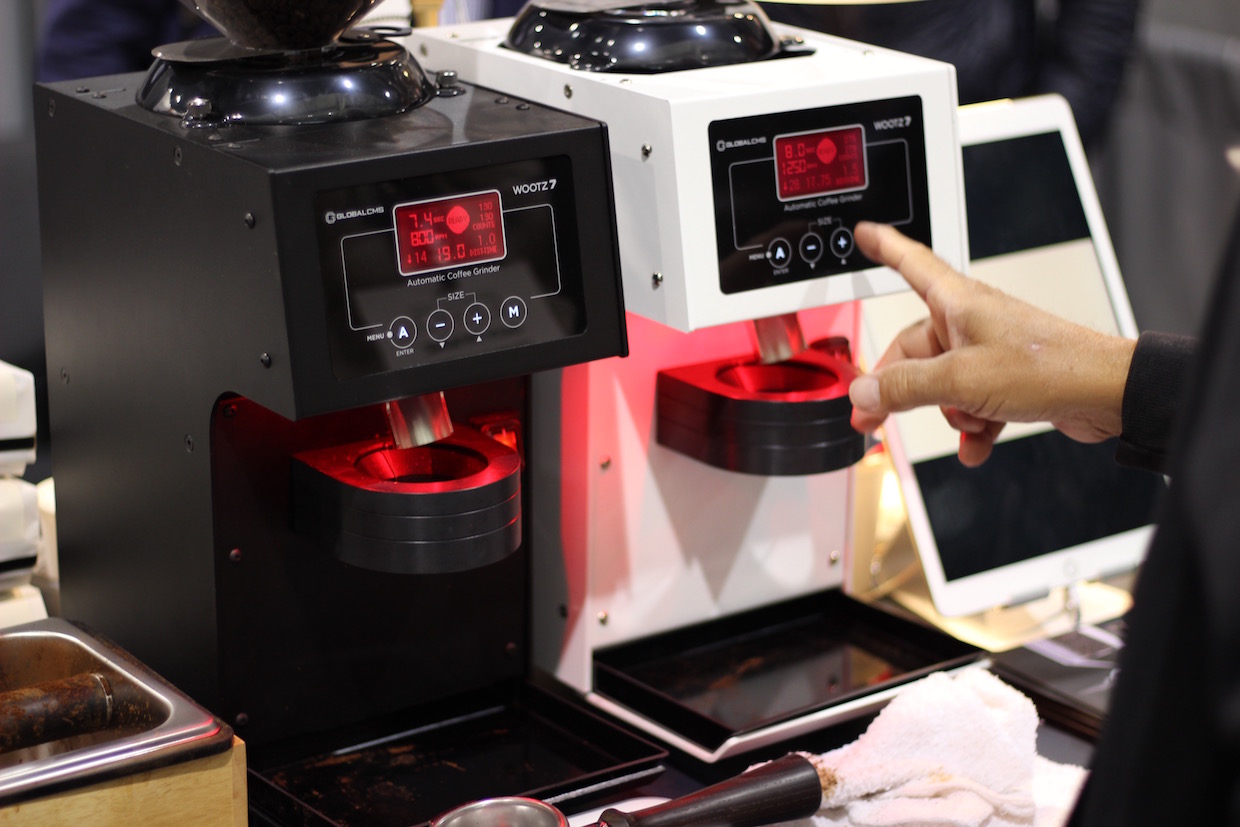 A pair of Wootz 7 grinders on display at the 2019 SCA Expo last week in Boston. Daily Coffee News photo by Nick Brown.

Wrecking Ball Coffee Roasters Co-Founder, December Dripper designer and social media influencer Nick Cho was present at the Global CMS booth at the SCA Expo in Boston last week to extol the virtues of the Wootz 7. 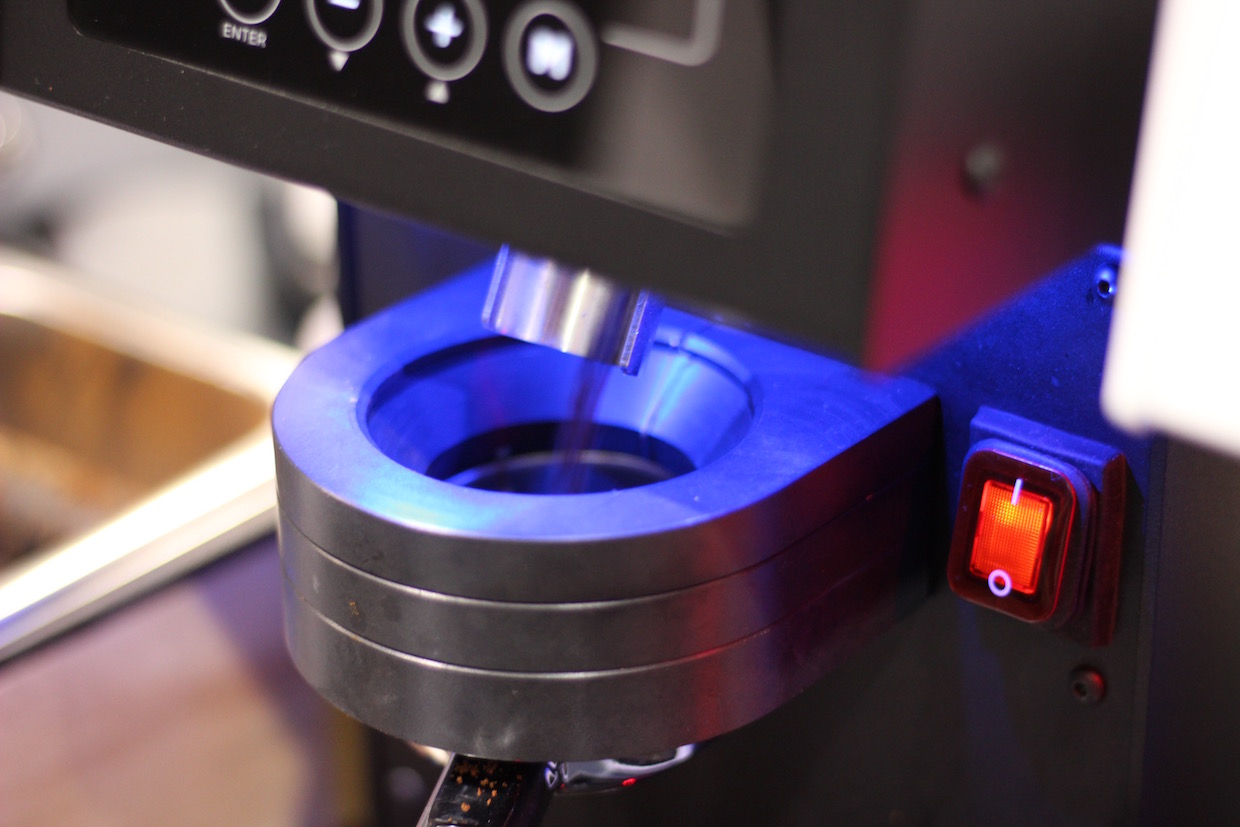 “There’s different options, different settings that you want, even in a pourover dripper,” Cho told Daily Coffee News. “There’s value in that. Though I wasn’t involved in the initial design [of the Wootz 7], the reason I’m here helping to support and promote it is that it’s working the same idea. It’s not that you want all variables on every option, but there are certain ones that are going to be important.”

The extra power of the three-phase motor is, according to Cho, of particular advantage when grinding hard, light-roasted beans. Its efficient performance also generates less heat, which is beneficial to flavor regardless of the roast. Baristas can adjust the grinder’s motor speed from 450 to 1,250 RPM.

The Wootz 7’s digital settings system includes memory features, as well the ability for automatic recalibration after the grinder has been opened for cleaning. An automated burr adjustment system winds the 75-millimeter flat titanium burrs down to their zero point and then widens them precisely back to the designated setting. 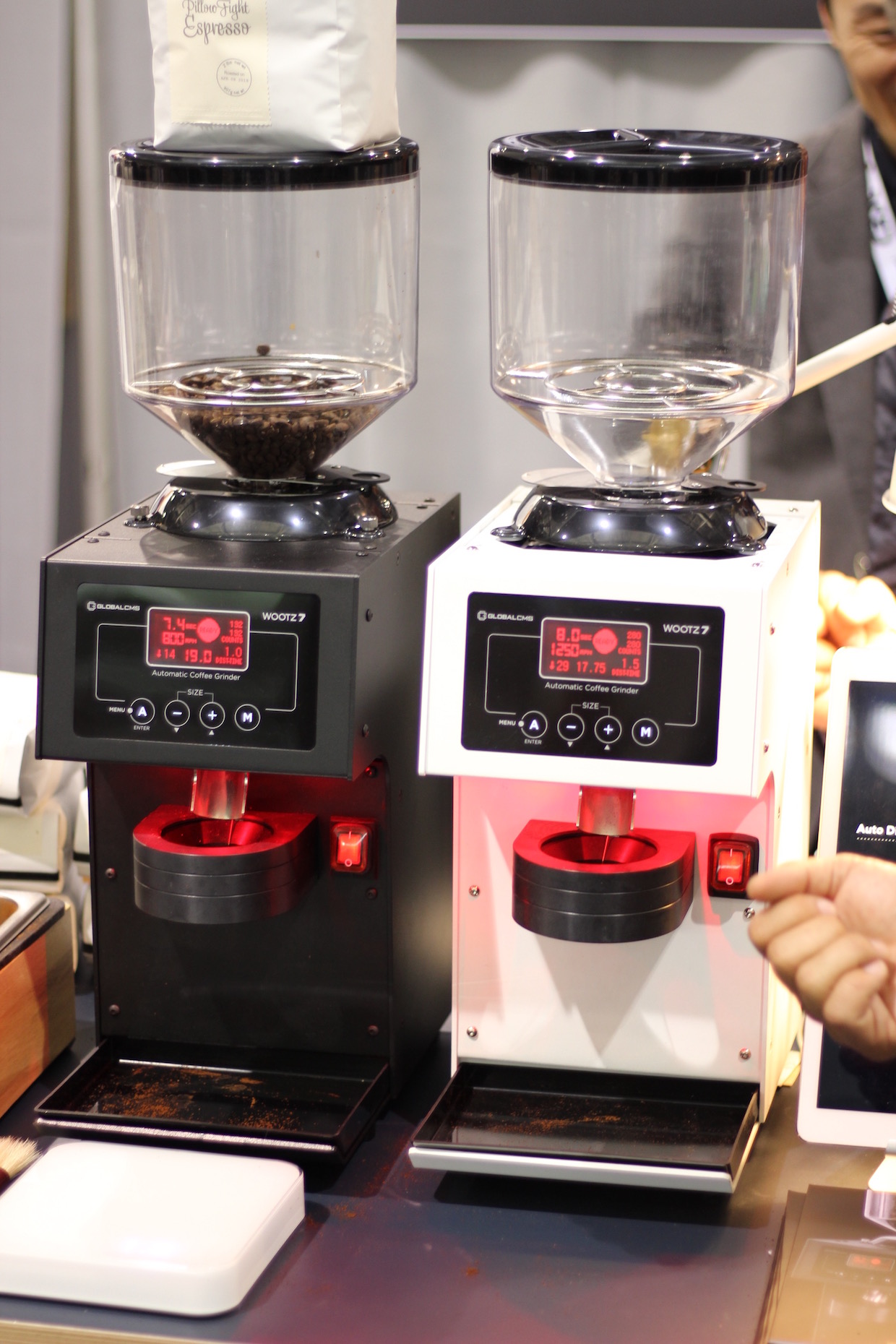 The Wootz 7 is the first and only product in the Wootz grinder line. Global CMS chose the number 7 somewhat arbitrarily, according to Cho, as a cool-sounding starting point from which subsequent models can go either up or down. Additional coffee-focused products are also in development, Cho confirmed.

The current projected retail price for a Wootz 7 is US $2,000. It is available now to buyers in South Korea. Global CMS hopes for global distribution of the Wootz 7 to begin before the end of this year, pending NSF and UL certifications. 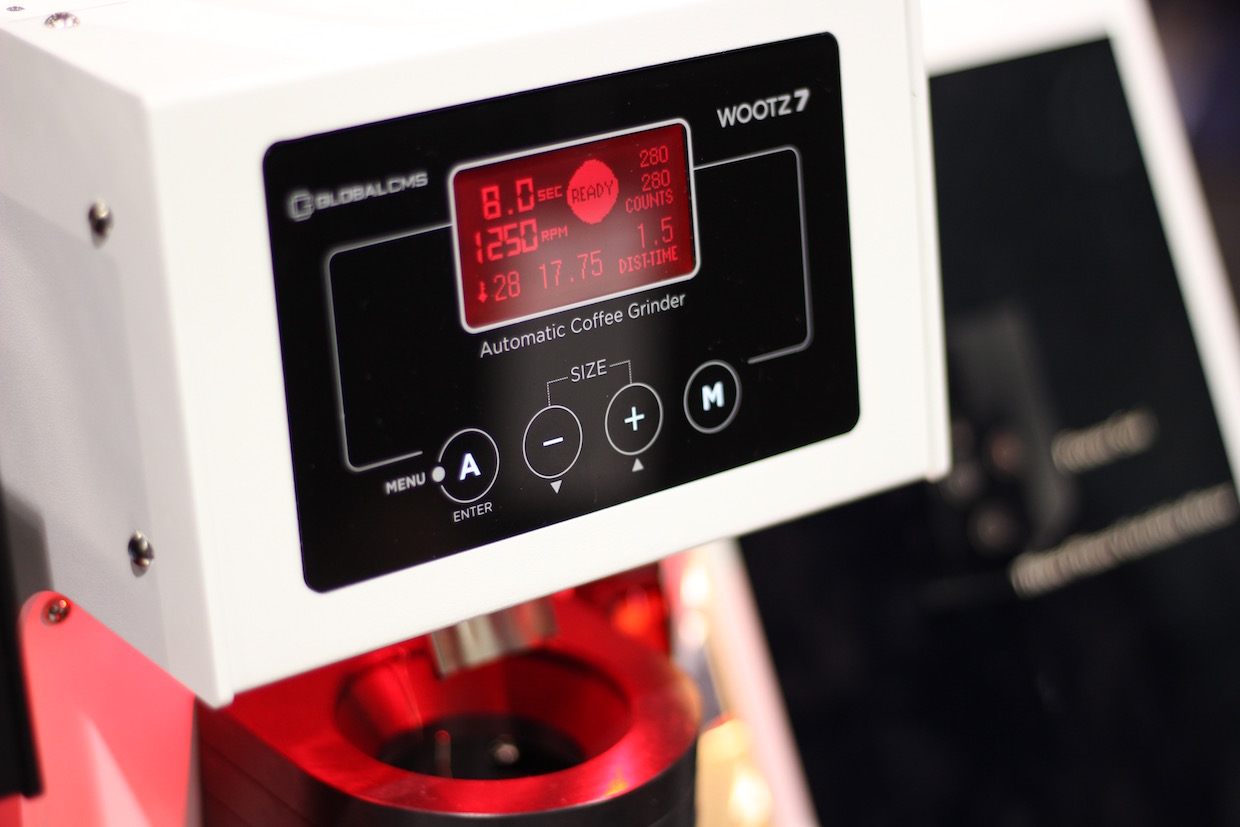 “The South Korean coffee market is world famous for being a really hot market and hot coffee culture,” Cho said. “It makes a lot of sense, especially considering the engineering and design know-how that exists in the Korean culture, to want to go through all the equipment that’s being brought in and say, ‘We can do this, and we can do it better.’ That’s basically what they’re trying to do.”

So, I followed the link for the new Wootz 7, but the text on the pop-up page was unedited. Even googling the grinder’s website (https://www.wootz7.com/) came up with the same results. Please contact the company and let them know.