Finding Refuge in Coffee: The Ascent of Brazil’s Giovanna Serrano 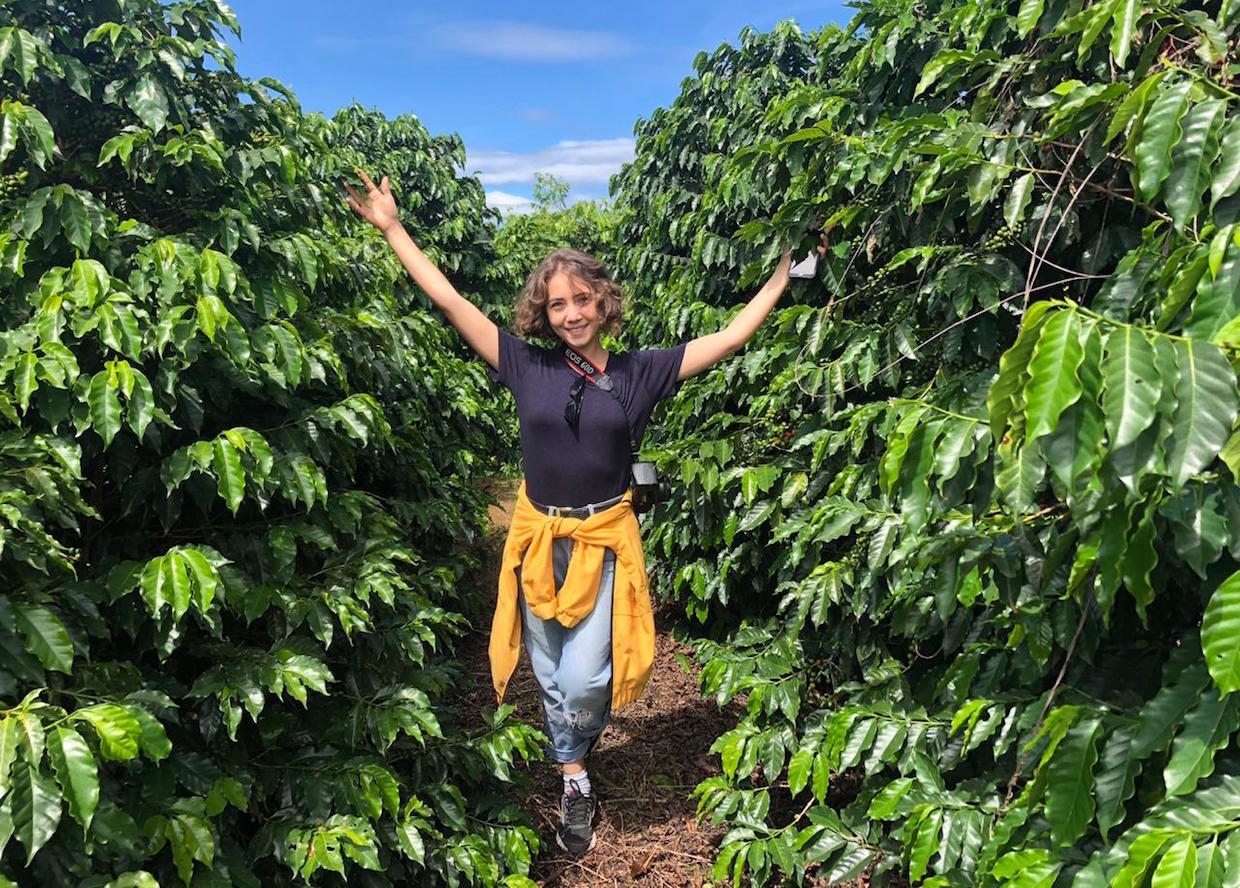 Three years ago, at age 19, Giovanna Serrano fled her home country Venezuela in search of better life opportunities in Brazil. Despite having no legal documents and not knowing Portuguese, Serrano landed a volunteer position, immersed herself in the language, and was eventually granted refugee status.

At the same time, Serrano was immersing herself in coffee as a new barista. Just two years later, Serrano could be found at some of the coffee industry’s most prized global events, where she was working backstage as a volunteer and timekeeper for the 2018 World Brewers Cup and World Coffee in Good Spirits Championship events. She’s now helping lead the charge for a new women’s roasting group in her adopted home city of São Paulo.

Serrano’s rapid, self-guided ascent in the coffee industry is sure to be bolstered by her recent scholarship from the Boot Coffee Campus, the San Rafael, California-based coffee education, certification and training center.

The Boot team received nearly 400 applications in the first formal year of the scholarship program, which is designed to help further the careers of coffee professionals who are underrepresented in the industry, or who may otherwise not have the means to pursue a formal coffee education.

Boot awarded the scholarships — each valued at up to $6,000 — in three separate categories: Social Enterprise, Producing Country, and Women/Non-Binary. Over the next three days, Daily Coffee News will be featuring each of the three scholarship winners, all of whom have in a short time made incredibly positive change, personally and socially, through coffee.

Here’s our chat with Giovanna Serrano, winner of the Producer Country scholarship (note: Portions of some answers have been shortened for clarity):

Daily Coffee News: Can you please describe your personal journey in coffee to this point?

Giovanna Serrano: I arrived [at] Manaus, Brazil, in 2016 looking for a new start of life, and after a few months I got the chance to work on a cafeteria as an attendant. At that moment, I started to learn to speak Portuguese and coffee at the same time — I like joking about it, but it’s true. At that cafeteria, I had the chance to use the best coffee equipment and explore a new world I just discovered as I was learning to lead a team and to achieve my own independence and responsibility.

I had some people helping me on the coffee path as a barista and even got the chance to participate on a regionals Brewers Cup Championship, which is for me the point where I realized this was serious; I could become a coffee professional if I worked hard.

Now I’m in São Paulo as a completely independent woman working with coffee. I’m a barista at a newly opened cafe called Romeo Romeo and work as a brand ambassador, head barista and train people for Cafeina Records. I’ve been improving my sensorial and brewing skills and at the same time learning about [roasting] coffee and coffee harvesting. For me, it has been three years of ups and downs, from being a political refugee to moving to a big city and working with something I love doing.

Coffee has been there, holding my hands and leading the way for me.

Through the training/education received in this scholarship, how do you hope to further your career in coffee? What specific skills are you hoping to develop and how do you plan to apply them?

I’m really interested in roasting, and that is what I might focus on learning. I think it’s an important part of the process of coffee that helps me reach more information from the beginning to the end of the production chain: You get in touch with producers; you roast; you cup; and you can brew that coffee as well. I hope this new knowledge will help me be a better professional as a barista and reach the goal of roasting my own coffee, maybe having my own studio or store where I can do experimental tests and brew for the city’s consumers. As I really enjoy teaching others and sharing my knowledge, I’d love to start doing work on [finding] a fair price for everyone involved.

What are one or two of the most pressing issues you see in the coffee? Do you see it as an avenue for positive social or economic change? Or, in other words, what potential or end goals do you hope to realize through your work in coffee?

I definitely think coffee can make a huge positive impact on our society. I can even use my story as an example of how it can empower you to believe in yourself and take it seriously, so you can make a living out of it.

Economically and socially, specialty coffee provide us a scenario where everyone involved in the production chain, from crop to cup, is treated with respect and gets paid what they deserve to live a comfortable and sustainable life. I really hope this idea becomes more real on my home country, Venezuela. I believe that a new generation of producers and even cafeterias could help my country in really good ways to find a way out of the actual crisis and I’m more than determined to help make this real.

What’s your coffee drink of choice?

I’m a Aeropress lover, for the versatility of the method and the result of the drinks you can accomplish — hot or iced, doesn’t matter ❤️.

As a Brazilian, I know that we have some political issues with Venezuela but not with Venezuelans. Good to know that some came to Brazil and find their way to help themselves and the local economy. Nothing like a good coffee story.