“I Built Everything”: Farmers in Honduras Fight for Their Coffee Lives 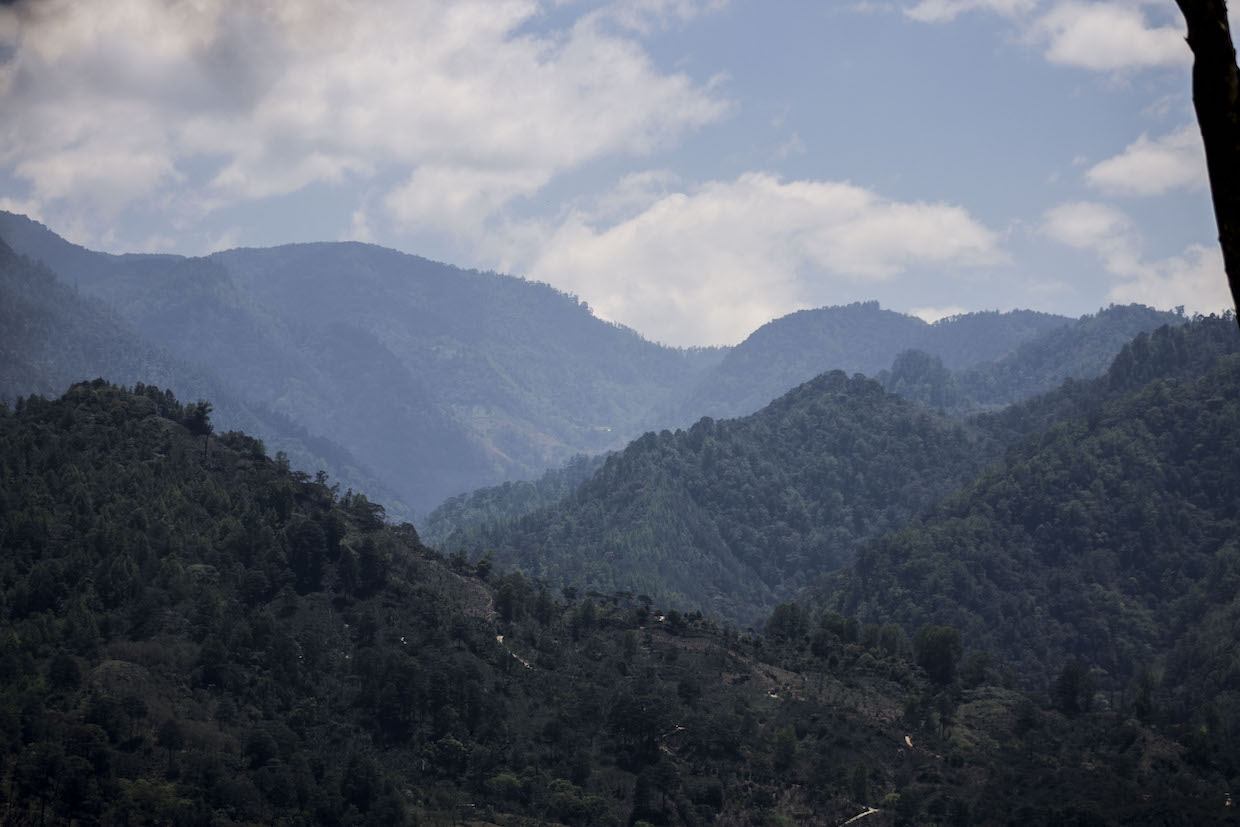 The Capucas mountains in Copan, Honduras. Photo by Marlen Mendoza.

Hidden in the crevices of lush hills and long dirt roads, a diamond in the rough is found at the top of the Capucas mountains in Copan, Honduras.

Café Capucas Co-op (Cooperativa Cafetalera Capucas Ltda.) is a community and generational coffee cooperative made up of local coffee farmers and their families. The organization was built by coffee growers for coffee growers with the goals of improving business practices, farming techniques, financial stability and quality control and maintenance.

When the Houston Coffee Collective was given the opportunity to visit the organization, we were eager to find out more about the people behind it. Throughout our week in Honduras, we spoke to several farmers, visited their micro lots, spoke with green buyers and roasters, and ultimately watched an arduous process of coffee’s journey unfold. We built relationships with the people who had dedicated their lives to this agricultural product, whether by choice or as a means for survival. 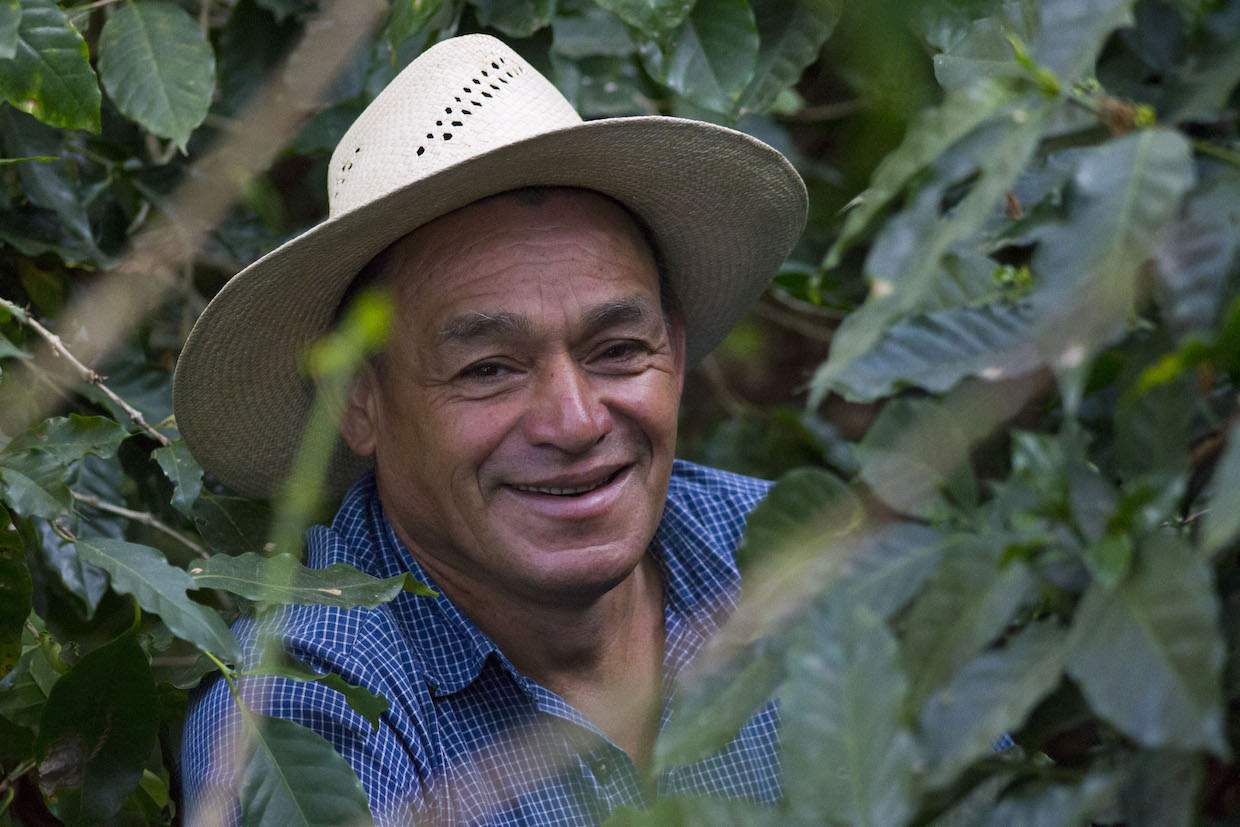 We spoke with Francisco Villeda, also known as “Don Panchito,” a grower in Capucas. Don Panchito is a longtime member of the co-op and had invited us into his home to hear his story. His demeanor was soft spoken, and his smile inviting. His home is his mill, and everyday he lives and breathes coffee. He wakes up early in the morning regardless of weather and starts his routine, his work ritual. From then on he does whatever it takes to keep his farm thriving.

Don Panchito began his agricultural profession as a child in Capucas, to help sustain his family. Day in and day out, over long years, he would become an expert. 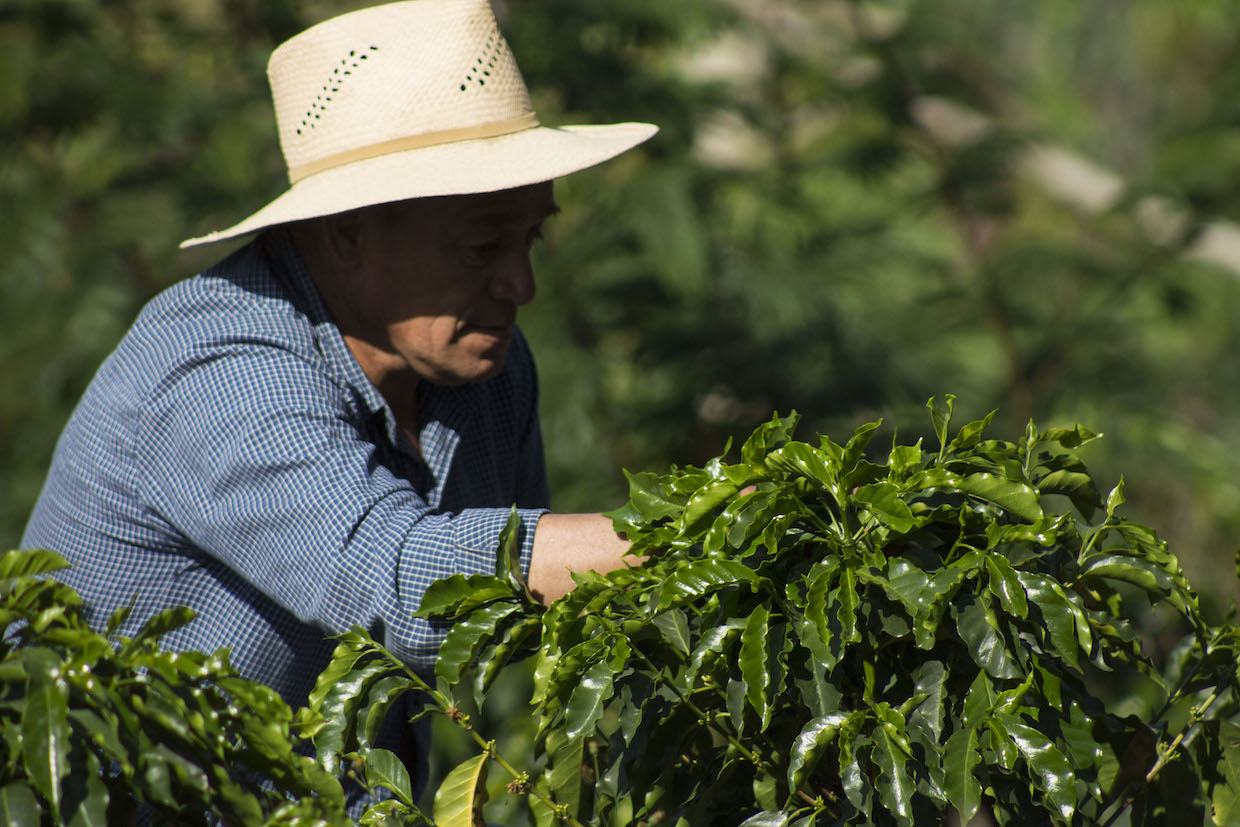 “I built everything, and I worked for everything. Life on the coffee farm taught me what to do. It’s a beautiful thing to be a part of — even along with its dark days,” Don Panchito told me. “This process, like any agricultural process, requires lots of labor that isn’t always accessible. There are times when buyers demand more than I can produce, and it can get difficult, especially for a low price. Our work here truly is handcrafted. We live poorly as you can see, but we are happy. What I dedicate my life to makes me happy.”

Challenges like these are only a fraction of why coffee has become less financially sustainable for people like Don Panchito. Many farmers in the area have to invest and divide their time into two or more crops to sustain themselves year-round.

Ultimately, the narrative behind every sack of green coffee eventually becomes neglected. It should be our responsibility as a coffee community to be more aware of the labor required to produce coffee. 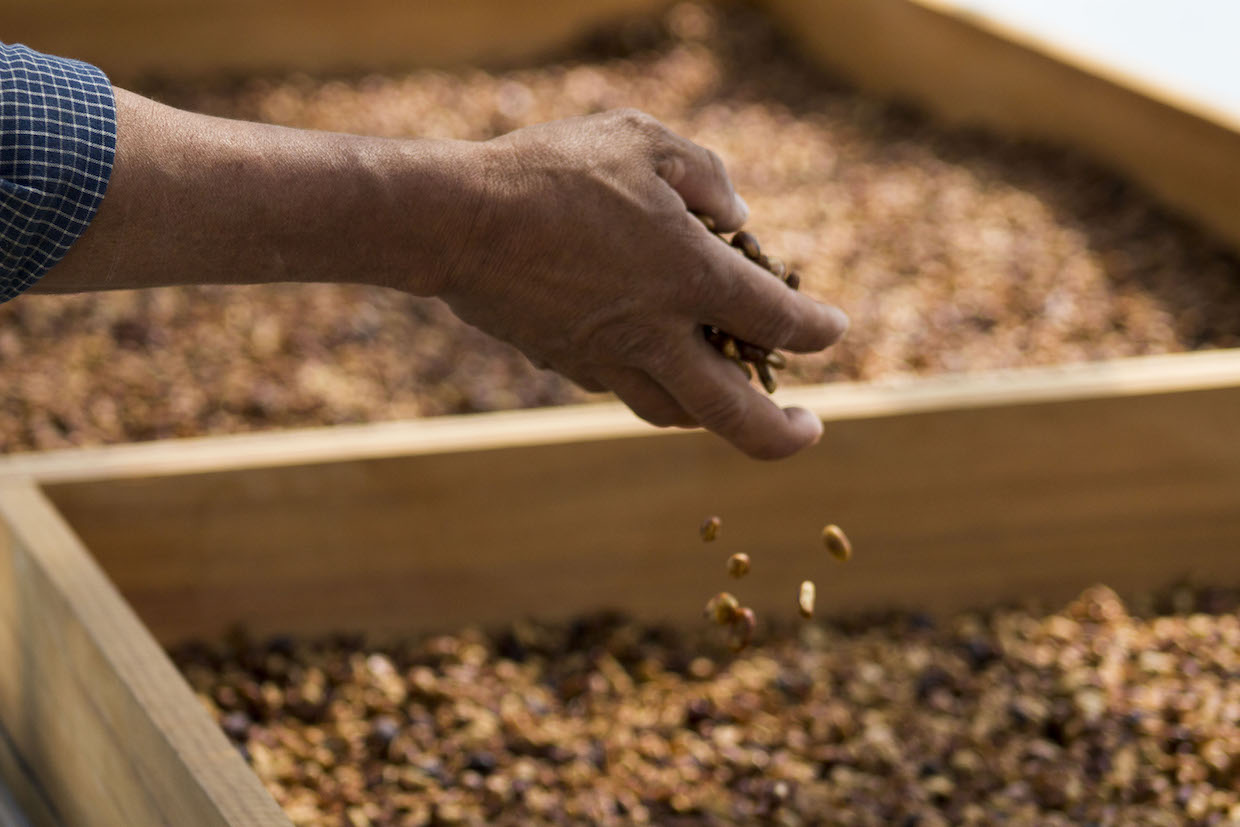 This is especially true in the midst of coffee’s current price crisis, where the prices that thousands or millions of farmers are receiving throughout the coffee-growing world are often not meeting the costs of production. Yet even during more historically normal periods in the coffee market, the production of coffee has remained in a tenuous economic imbalance in which coffee growers are often “price takers” despite the financial needs of their individual operations.

On our visit, we spoke with Omar Rodriguez, one of the founders of Capucas Coffee Co-op. Omar often serves as the primary point of contact for Capucas farmers, as well as for green buyers. He educates himself in related business matters and speaks fluent English to accommodate his international guests.

“The labor costs just simply can’t be covered — not with the current market,” he said. “The only way to really gain a financial advantage is by advocating for fair trade coffee, which isn’t easy to obtain. Not everyone wants to pay those fair wages, unfortunately.”

Omar added, “That is why we have been pushing on selling other crops in efforts to keep afloat in this economy. But in the end, we can only do so much. We just have to have faith in what we do.” 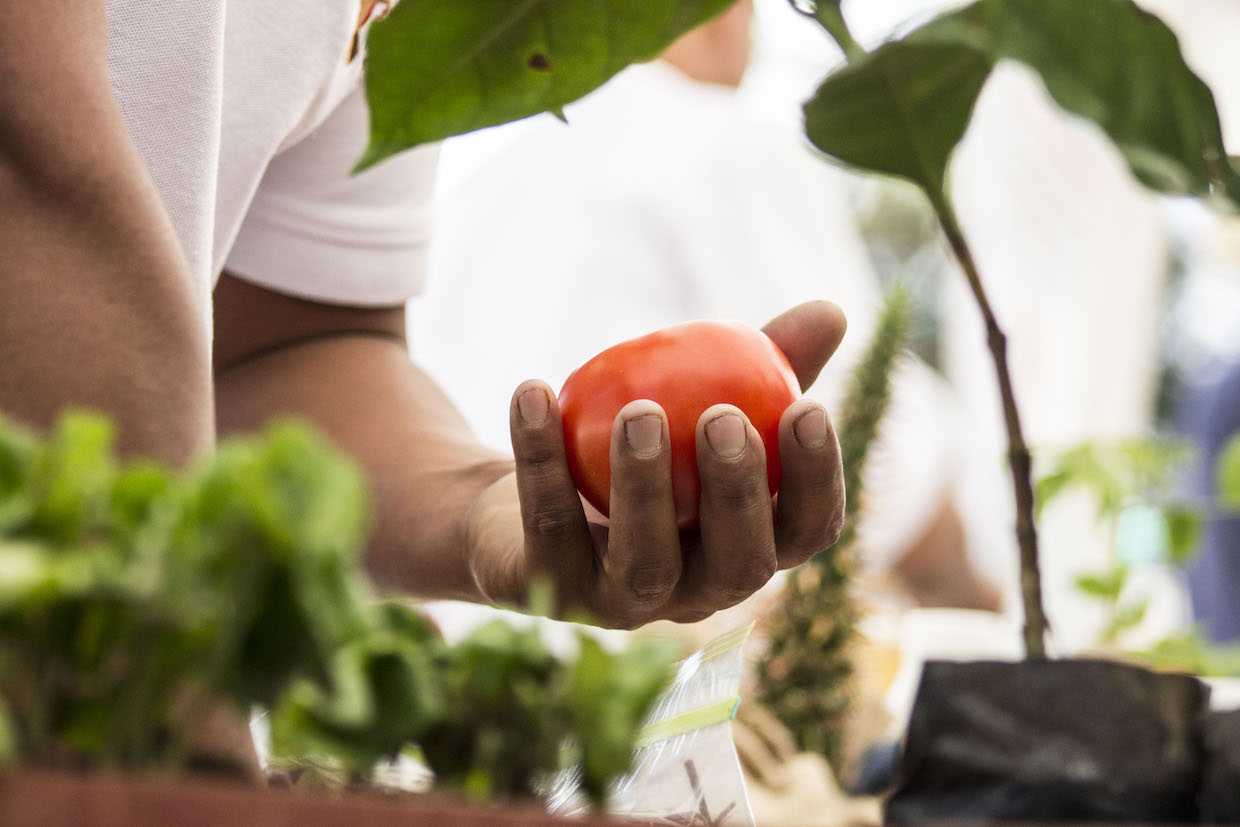 During our stay, we had an opportunity to speak with a buyer from Korea who spoke about her buying process. On-Yu , Na from Museo Co. is an SCA cupping judge, CQI Q-Grader, and the team director for her roasting department. She had been traveling throughout Central America over the past two months looking for rare coffees.

“Korea has a limited amount of coffee when it comes to diversity, and when we do expand into different regions, we are only looking for top quality lots,” explains On-Yu. “Esmeralda Gesha from Panama is a popular coffee on the market right now because green buyers know that this will always sell, regardless of price. Unsuccessfully, Honduran coffee is quite seldom in our market. There is still a lot of potential here, but people are hesitant to visit perhaps because of the dangers we hear, or the lack of coffee quality people talk about.”

In addition to the catastrophically low current financial market for coffee, Honduras is also among the many Latin American coffee-growing segments that has been struggling to rebound from the widespread outbreak of coffee leaf rust, or “la roya,” that swept the region in the earlier part of this decade. 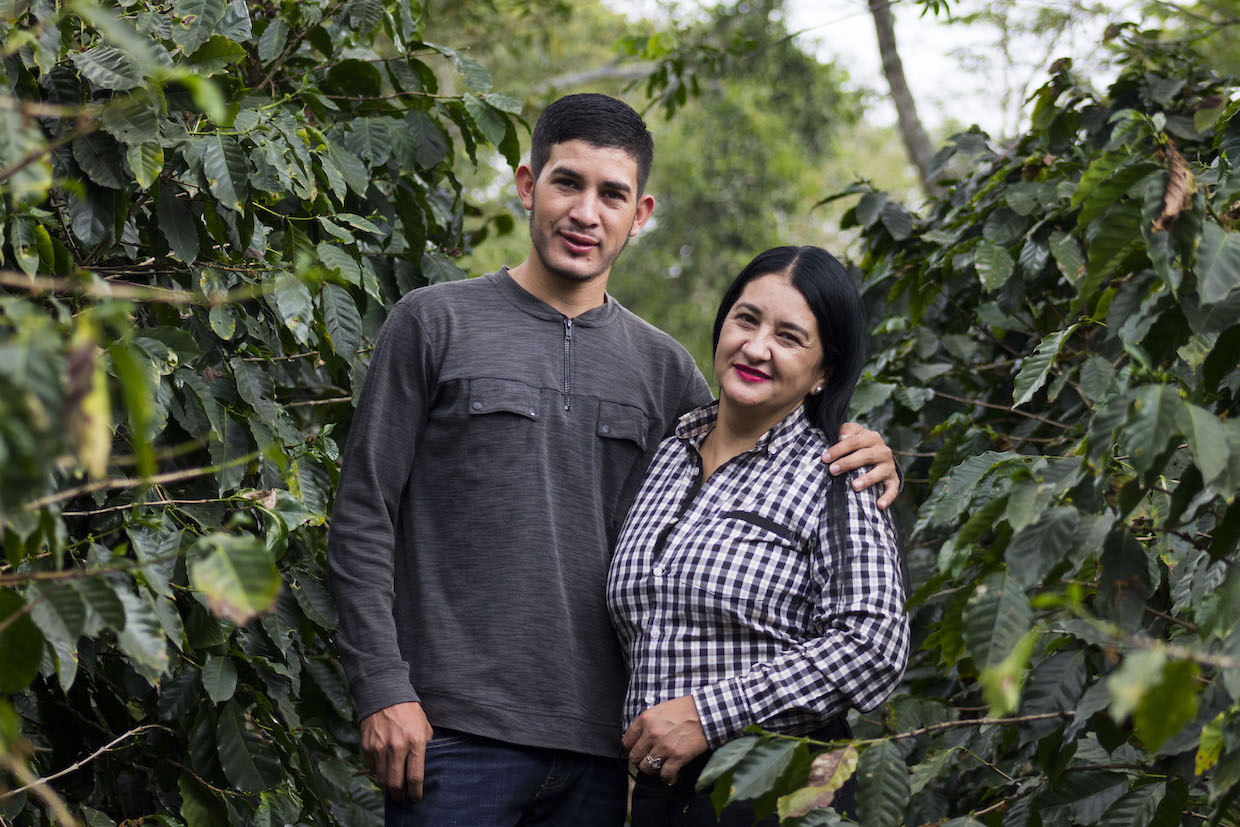 Maribel Perez is one of many farmers in the region whose operations were affected by leaf rust. After her husband passed away in 2013, she was left with a massive workload and a family to care for.

“2013 was the hardest year of my life,” Maribel told me. “Not only was I grieving for my husband, I had been left with several farms to care for and a family to raise. I had to toughen up and callous my hands.”

Being the matriarch of her family while managing several farms, Maribel’s life undeniably became overwhelming. In a stoic voice, she explained, “This is all I know. Ever since I was a little girl, I had worked with my parents on these farms and then now on my own. The only thing we can do is to keep protecting what we have, to continue our legacy.” 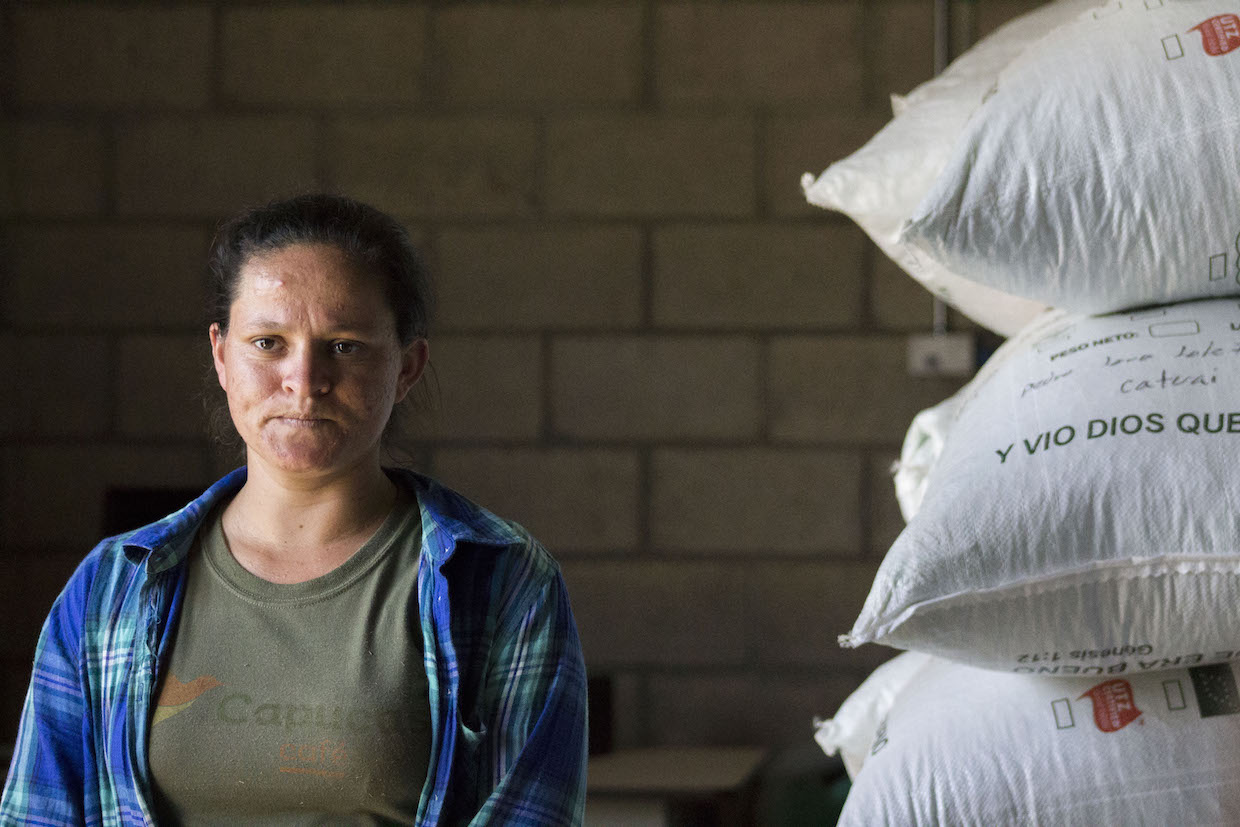 When visiting her farms, Maribel showed us examples of the incredible amount of work and money that she had invested into maintaining production.

“I have to pay for my labor, you know,” she said. “There are families that need to be fed and children who need to be raised. This is immensely stressful, but I do it, because coffee is what we do; it is who we are.”

Maribel’s son Carlos Perez, who is now 22, had to grow up quickly in order to assist his mother with the intensive labor. Despite echoing his mother’s sentiments regarding the rigors of the labor and the challenges of maintaining a livelihood through coffee, Perez’s voice remained upbeat, his perspective full of hope.

“Everyone in Capucas is family. We work hard and we look out for one another,” Carlos said. “Without this community we wouldn’t have made it. We needed to depend on one another.” 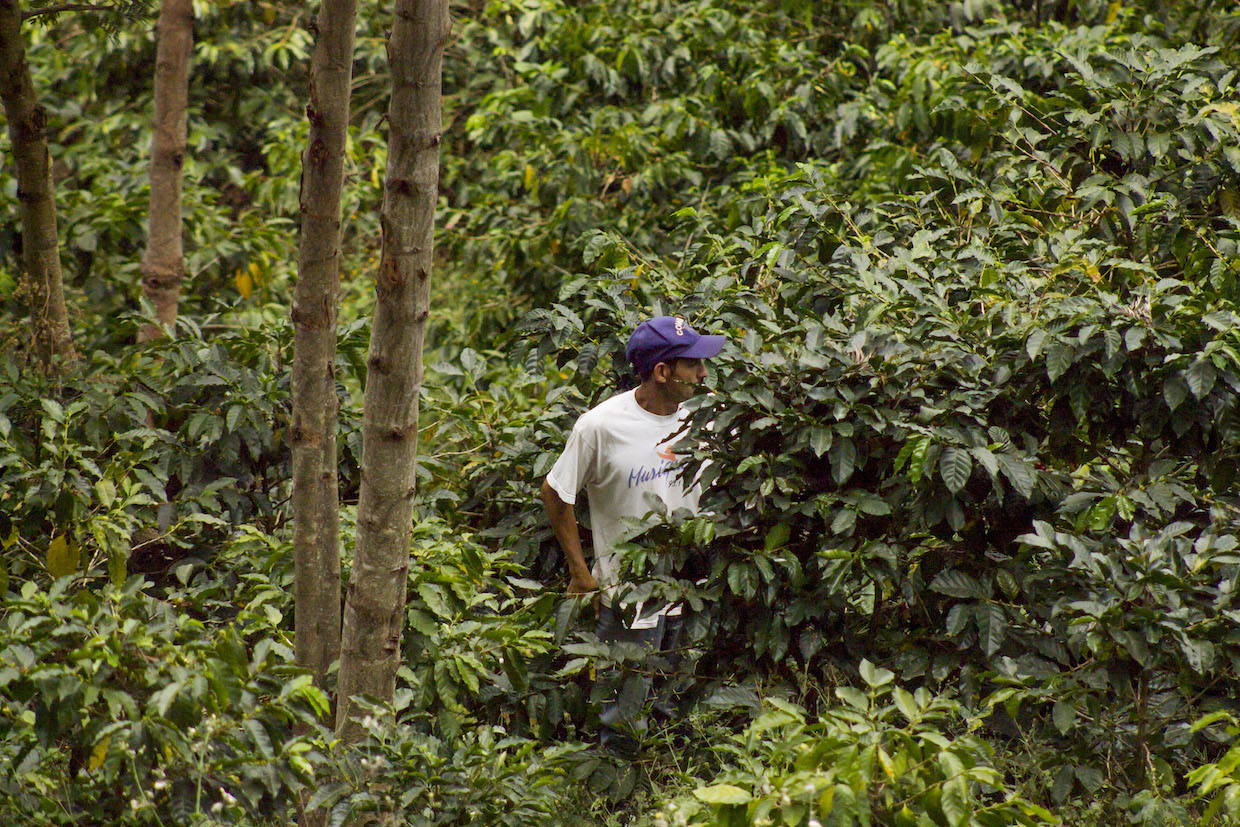 The community in Capucas shared their stories and their struggles with us in hopes of creating a conversation that would resonate beyond their farms and beyond Honduras, all the way to the opposite end of the supply chain. They want roasters and coffee drinkers to know how much sweat, pride and care goes into the production of the coffee upon which so many things depend. Their work has not stopped, and we should all hope their farms live on for decades to come.

Marlen Mendoza
Marlen Mendoza is the Coffeezine Editor for the Houston Coffee Collective, a University of Houston alum, photographer and coffee professional.

Honduras has really produced some amazing coffees these past few years/ I have three just now… one, a late harvest full natural collected from smallholders in the area and slowly dried in the sun on patios. The next is from what I think is a fairly decent sized finca, 100% Pacas, and meticulously picked and then rigorously handled properly at every step of the way. When I “met” this one in a blind cupping I was not sure its origin, but kept coming back to it on the table as it cooled. I was smitten… still am. that was ,y breakfast coffee today and it is still fascinating and amazing. If memory serves, I paid right at four dollars the pound for both of them.

The third is a natural process MWP decaf from Honduras, and it is so rich, smooth, flavourful, complex a small shop I supply green coffee to had a new customer so convinced the barista had given her non-decaf in her blended drink she began to chew on the barista for her mistake… the owner popped round the corner to explain “I pay a LOT of money for that decaf because it is so good. That coffee earned them a new regular customer. Again, if memory serves, I paid mid-three dollars for that and wish I’d laid in more bags than I did. I am looking at the bottom of the last bag…..and that shop will soon be very disappointed it is no more.

Yes, I’ve also had some very ho-hum sub-two dollar coffees from Honduras that were not worth more. I believe I’ve always gotten the level of quality I’ve paid for from that origin. Perhaps it is the importers I deal with, but I cannot understand the recent rant of “we have to quit cheating the growers and PAY MORE……. “. If the quality is not in the cup, the coppers won’t be in the coffer, either. Of course, the importers with which I trade work with the growers to help them produce better coffees, so they can, and do, pay more for them. Once the growers catch on and pay attention, they DO begin to prosper.