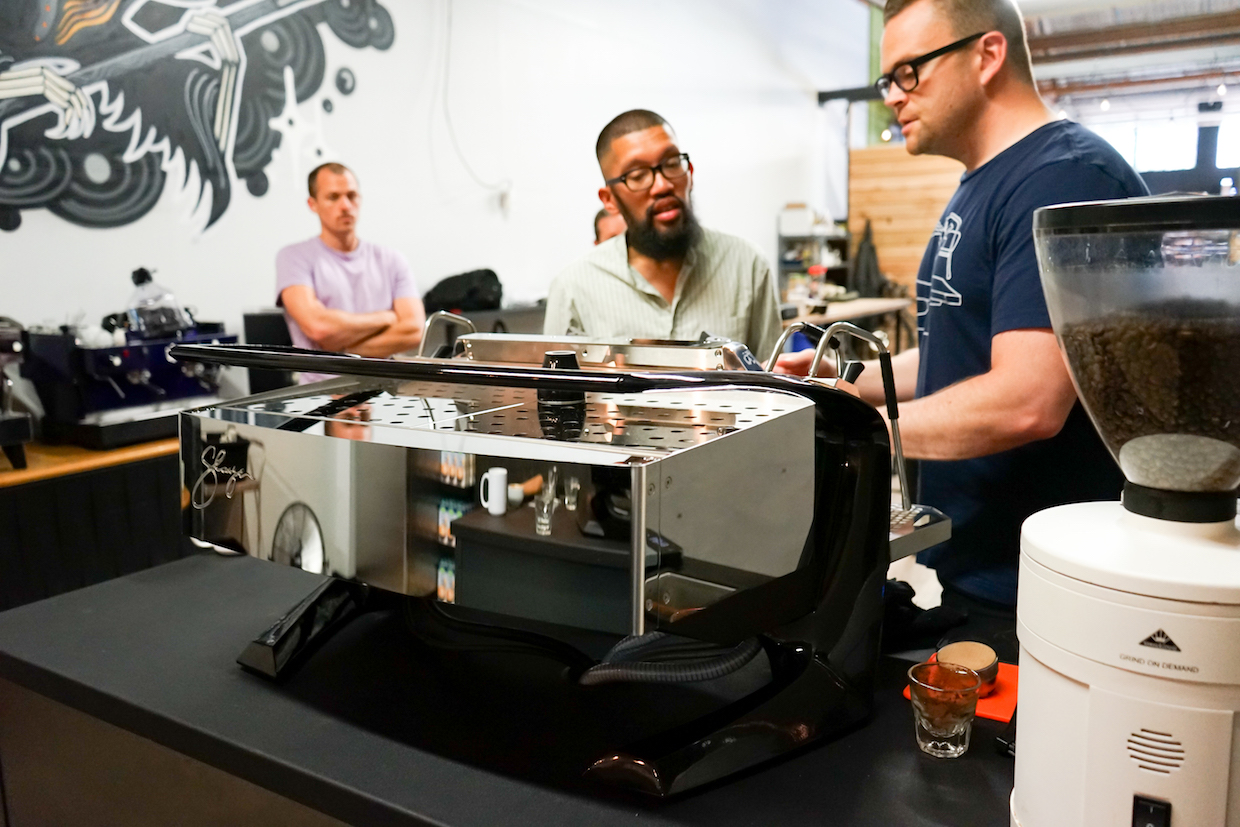 The Slayer Espresso “Box Set” of Steam machine models is complete at last. The final and arguably most advanced piece in the set, the Steam LP, has recently launched for sale, and to celebrate, the Seattle-based company is touring around the West Coast with the Steams EP and LP for demonstrations and promotion.

The LP machine now hitting the market is a refined version of what the company revealed last year at the SCA Expo in Seattle. While most features have remained intact, the LP’s algorithm-based volumetric-by-weight system has been fine-tuned, according to Slayer Americas Sales Representative Tommy Gallagher, who spoke with DCN at Black Rabbit Service Co. during a Slayer stop in Portland. The LP’s paddle actuator now has two physical positions at which to program different pressures, and the system now records every manually performed shot by default in order to allow for saving and automation. 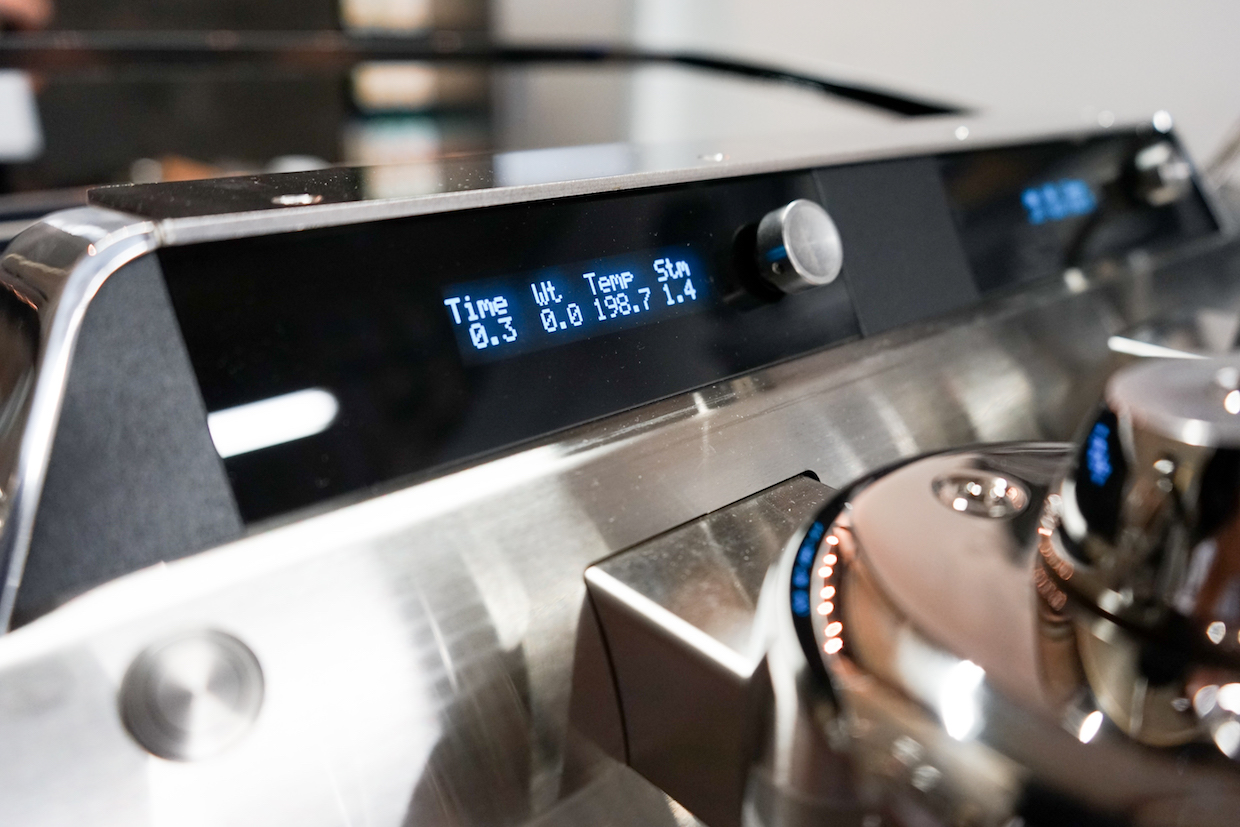 The LP also takes up the position in Slayer’s lineup as the brand’s official pressure-profiling machine, delivering water to the coffee bed continuously but at different pump pressure settings at different points, per the user’s preferences.

Gallagher said the original Slayer Espresso machine represents the company’s stance on flow profiling, as users throttle a continuous flow of water with its needle valve for a very hands-on, craft-intensive experience. The Steam EP opens the door to an array of automated conventional pre-infusion programs, advancing the traditional pre-wet/pause/continue technique into a set of consistently repeatable routines that are customizable for different coffees. 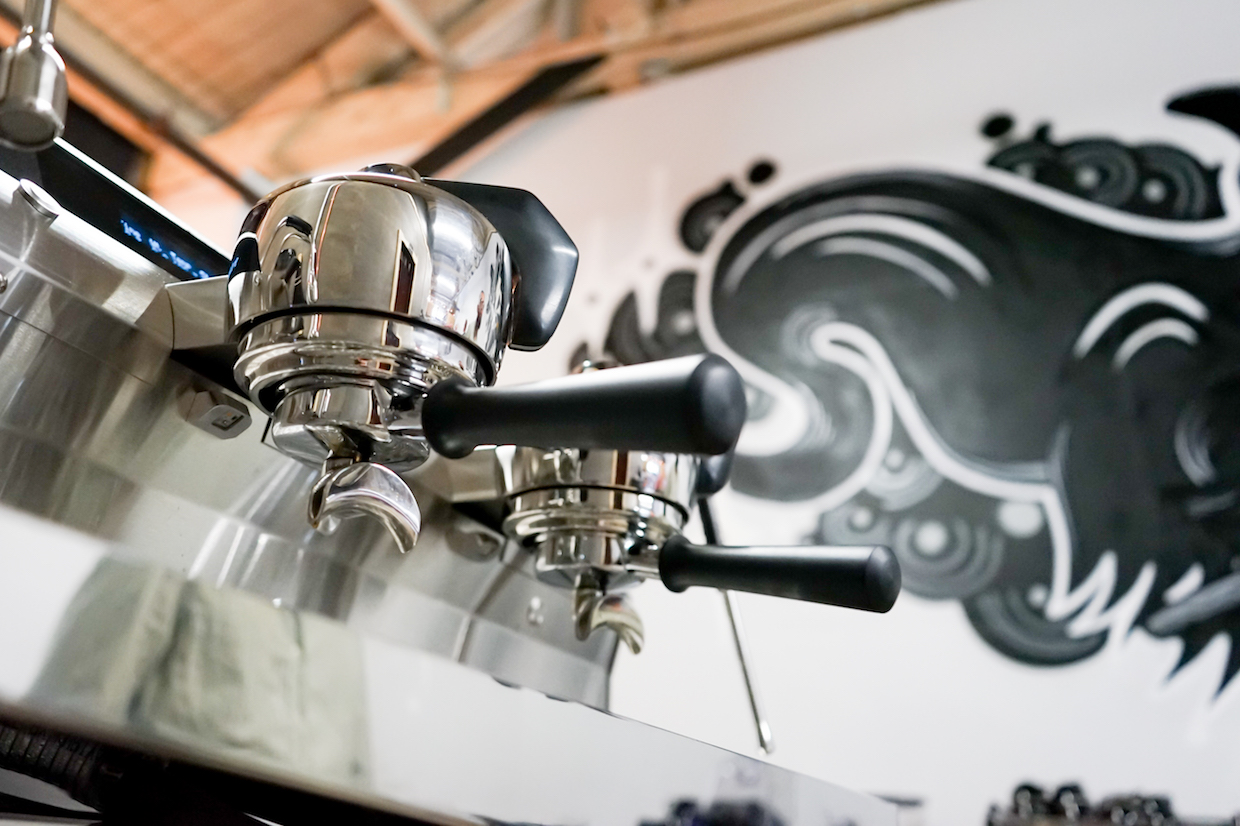 For weight-based shot profiles on the LP, after having pulled an ideal shot, the barista enters the weight of that shot into the digital interface and the machine then computes how that spreads out over the course of the shot based on time, pressure readings and flow meter data.

“From an interface perspective, when I make coffee, I’m thinking about coffee in weight,” said Gallagher. “That’s the language I use, and the machine uses flow meters, electrical resistance, etc. to figure out when to let water go. It speaks a different language. We can build an interface that’s the translator between myself and the machine.” 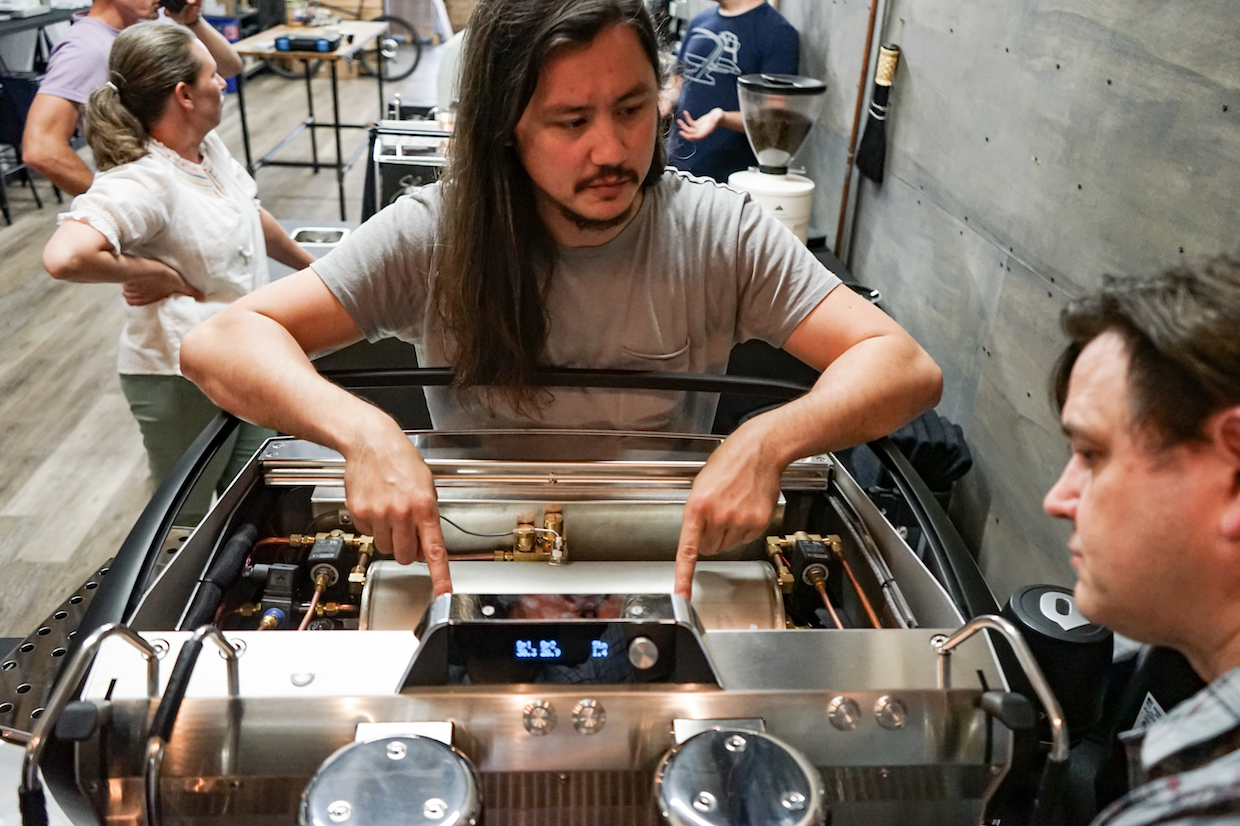 Gallagher said that on the one hand, intellectual property issues prevent Slayer from simply building a scale into its drip tray as other companies have done. Yet on the other hand, once a shot is dialed into the LP system, the weight-based algorithmic capability cuts the costs and maintenance issues related to both built-in and accessory scales, while equally alleviating the clutter, complexity and potential lag involved with additional bluetooth-connected gadgets.

The LP was originally slated for release by the end of last year, but Gallagher said the company this time opted let the LP blossom as fully as possible behind closed doors.

“Versions 1 and 2 of Slayer Espresso required a lot of maintenance very regularly,” Gallagher said of lessons learned from previous rollouts. “As we grew we realized that’s not a sustainable solution, and people were pretty vocal in saying ‘hey, I don’t like that I have to do this.’ When we came out with Version 3 and were confident that it would not require that level of service, Slayer offered a buy-back program. If you were the original purchaser of a Slayer 1 or 2, we would give you cash money for your machine. That was a growing pain, and we took ownership of it.” 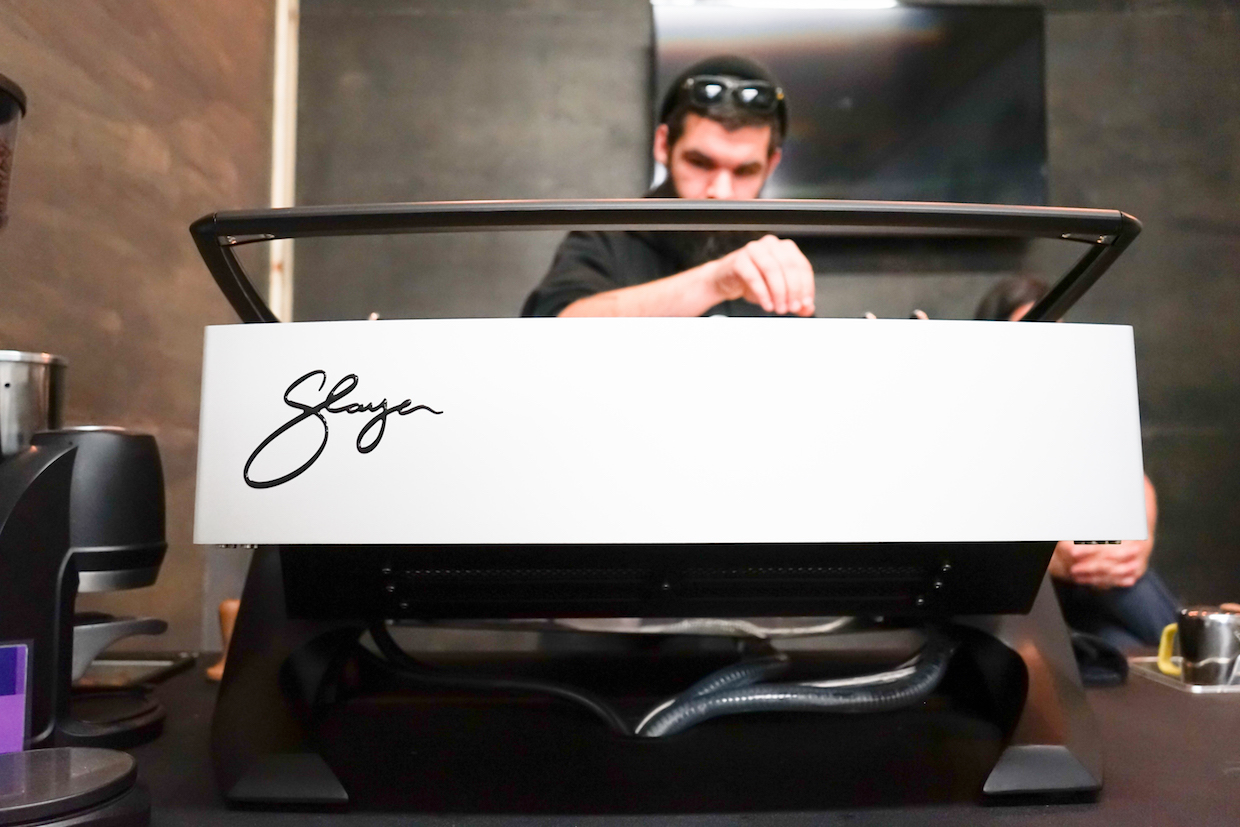 The super-hot, super-dry Vaporizer technology introduced with the original Steam machine was another example.

“[We] learned that there was a technical issue that was not fleshed out super well,” said Gallagher. “We realized that we released a product prematurely, and instead of continuing to sell and support a product with known issues, we discontinued it.”

As Slayer is now majority owned by Gruppo Cimbali, Gallagher said an electrical engineering and research department that’s bigger than Slayer’s entire team now has those plans on its drawing boards for perfecting at a later date. 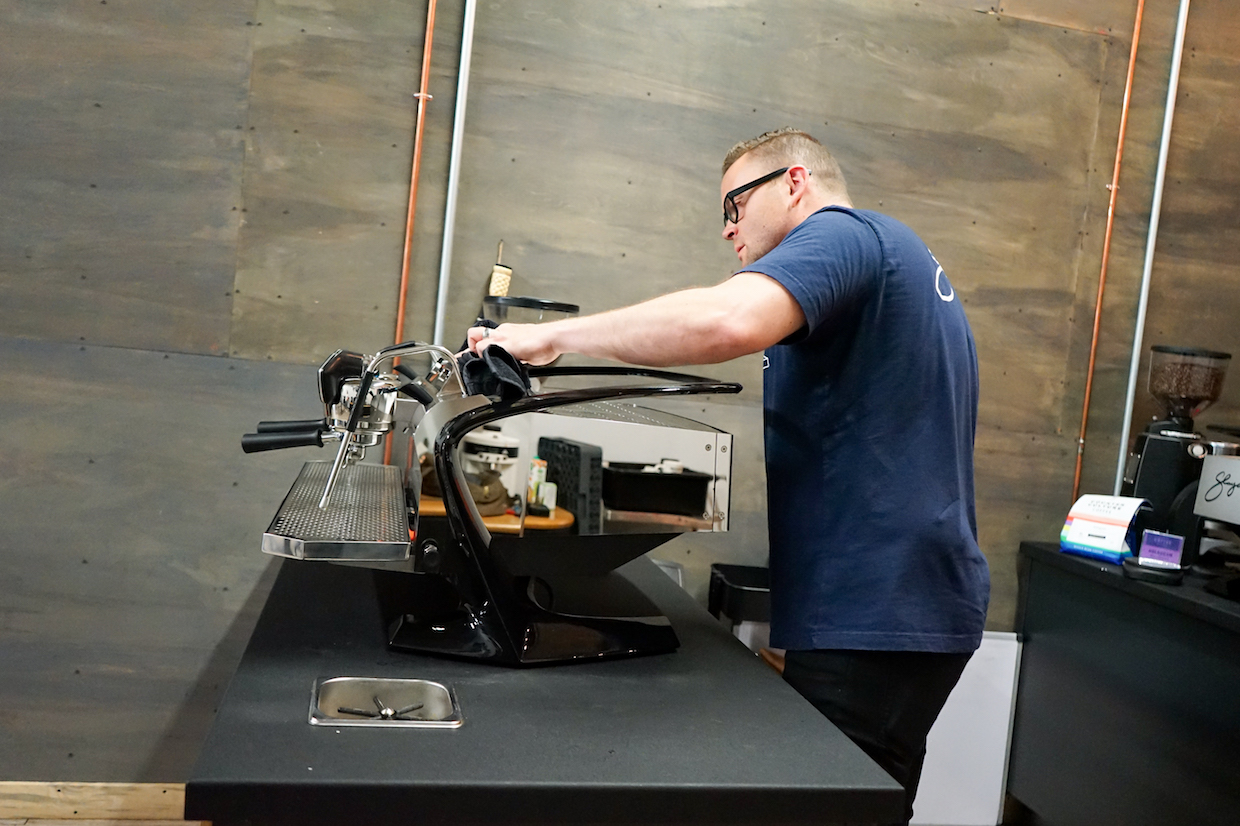 With Counter Culture coffees on board, the Slayer team is currently showing the Steam line off at events in Seattle, Portland, San Francisco and Los Angeles. Both new Steam machines are for sale now and ready to ship. A 2-group Steam EP is listed for $12,999; a 2-group LP is listed for $14,999.