One Giant Slurp for Mankind: 50 Years of Coffee in Space 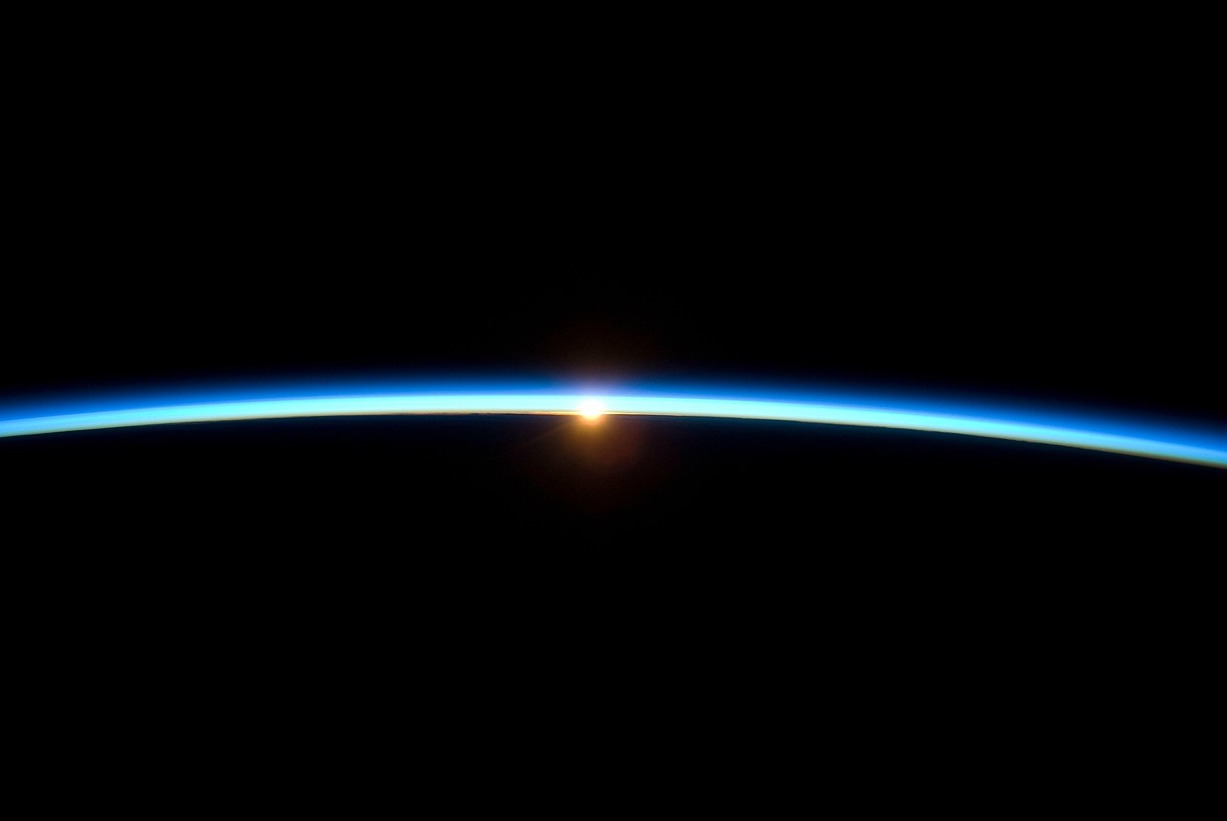 Coffee has long been an integral fuel source for long voyages to destinations known and unknown alike. This includes the expeditions to where no human has ever tread before, undertaken by humankind’s most ambitious travelers: astronauts.

Bill Shepherd, the commander of Expedition 1 of the International Space Station (ISS) went so far as to propose that coffee should receive its own storage locker after the brew ran out halfway through the nearly five-month mission in 2000-2001.

This past July, as the United States celebrated the 50th anniversary of NASA’s first moon landing, due attention has been paid to these feats of humanity against all odds. Notably in our brief history of space travel, coffee has always been there, providing focus, alertness, and just enough familiar, terrestrial warmth to inspire even the weariest of souls to stare down into the void and say, “Sure, I’ll jump in.” 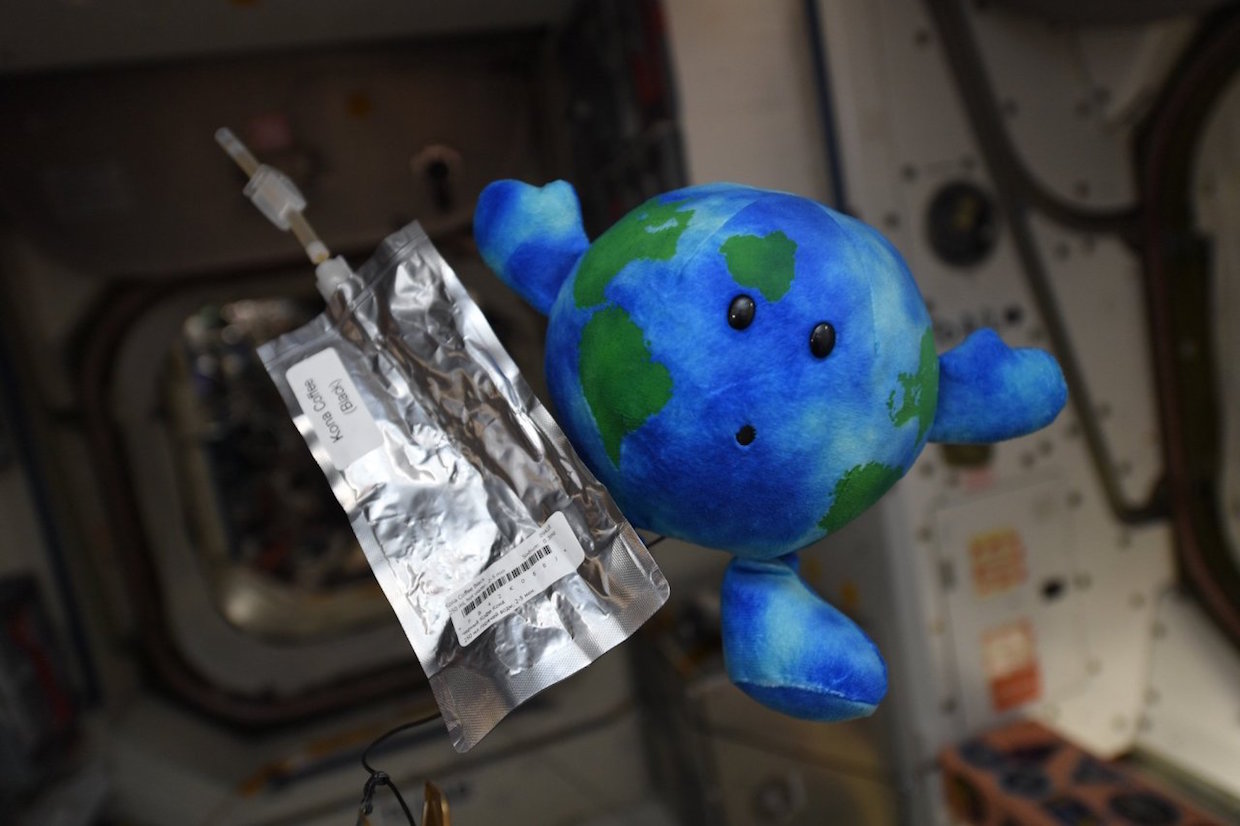 As legendary American astronaut Michael Collins maintained Apollo 11’s orbit around the moon, he was inspired to mention coffee on multiple occasions during the flight, famously saying, “Behind the Moon, I was by myself, all alone but not lonesome. I felt very comfortable back there. I even had hot coffee.”

Collins was also known to jokingly bet his coffee rations against fellow astronauts Neil Armstrong and Buzz Aldrin during the mission, although the “hotness” of Collins’ freeze-dried coffee is debatable. Given the technological constraints and safety procedures aboard the Apollo 11 in 1969, it was probably lukewarm at best, which has been the sorry state of most interstellar coffee since the dawn of space travel. However, in recent years this has started to change.

Shockingly, coffee is not considered a mandatory supplement for astronauts. There are even rare cases of astronauts choosing to forego it. Jack Gousma and Gordon Fullerton, for example, spent eight coffee-free days orbiting the earth while testing the Columbia space shuttle systems in 1982. 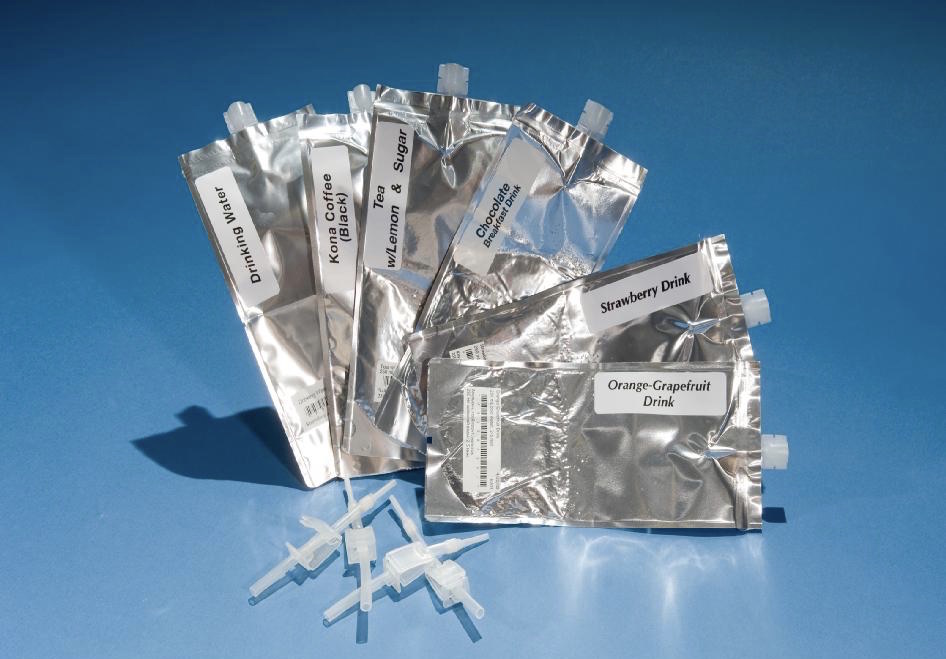 The vast majority of astronauts do request coffee, though, with at least one meal a day. Prior to leaving Earth, crew members participate in a food screening process with NASA’s Food Laboratory to determine preferences and frequency of food and drink items.

“The crew members have enough space in their beverage containers to have up to three coffees per day,” NASA Space Food Systems Laboratory Manager Vickie Kloeris told Daily Coffee News.

The standard-issue coffee is delivered via pouch, and it is always of the soluble, instant variety, typically purchased from commercial brands off the shelf.

“The coffee is transferred to vacuum-sealed food pouch because grounds and water pose a serious threat inside of a spaceship,” Robert Pearlman, the editor of the space history publication Collectspace.com, told DCN. “So if you combined the two outside of sealed pouch, they can float inside of computer modules and ventilation systems and cause damage.”

The coffee pouch itself it not your typical juice box design. It involves a ventricle-like configuration that critically prevents spillage or waste.

“The package includes a septum that allows the crewmember to inject hot water into the package in orbit using the needle on the rehydration station,” Kloeris said. “The crewmember then inserts a straw into the septum and drinks the coffee.” 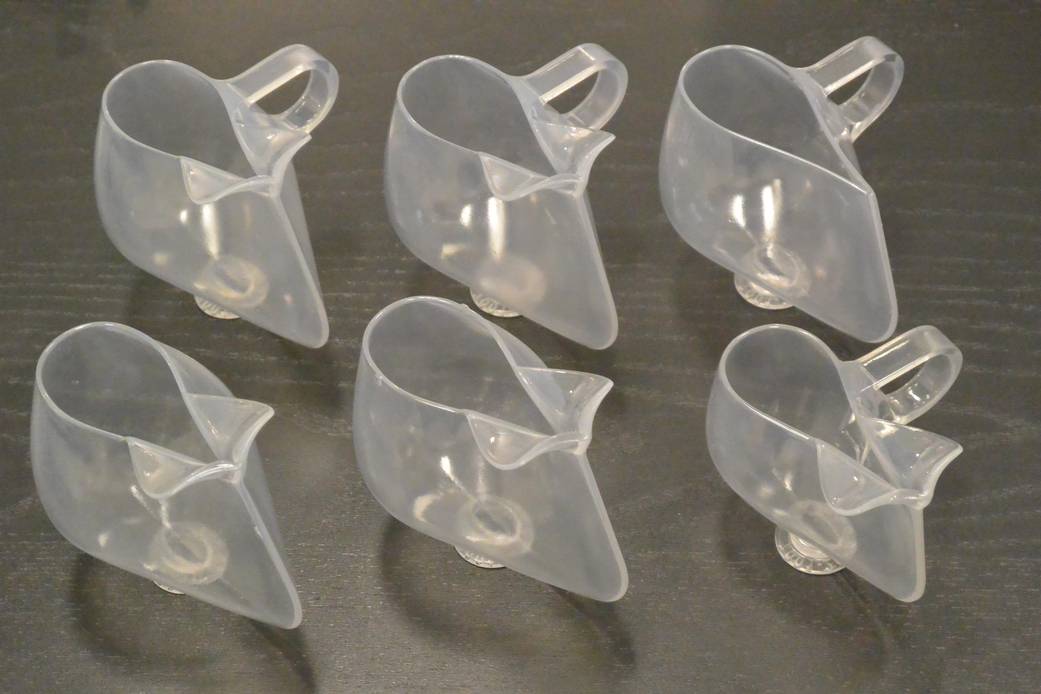 If a crew member wants milk, sugar or any other ingredient or additive, it has to be concocted in the lab before the pouches are sent to space. Additionally, crew members can request specific brands of coffee, although it also has to be converted and approved in the lab first, according to Pearlman.

Tim Horton’s provided instant coffee for Canadian astronaut Chris Hadfield and his Russian cosmonaut colleagues on the ISS, a fact he revealed on twitter in 2017. Death Wish Coffee, based out of New York, has twice freeze-dried its coffee and sent it to the ISS for research and educational purposes, most recently in 2018.

The process of freeze-drying soluble coffee dates back nearly as far as space flight itself. Since 1964, humans have been combining ground coffee with hot steam to form a thick concentrate. The concentrate is frozen to about -50ºF then broken up into tiny pieces about one millimeter in diameter before it is sifted to achieve reasonably uniform particle sizes. The material is then placed in a drying chamber under a vacuum to evaporate any remaining moisture in a process called sublimation. Finally, the coffee is sent to a packaging plant where it is sealed and shipped.

By the time such coffee arrives at NASA, it is transferred into the food-grade, vacuum-sealed pouches and placed in storage. Only in recent years have NASA and private parties begun experimenting with alternative methods for coffee delivery and consumption in space. 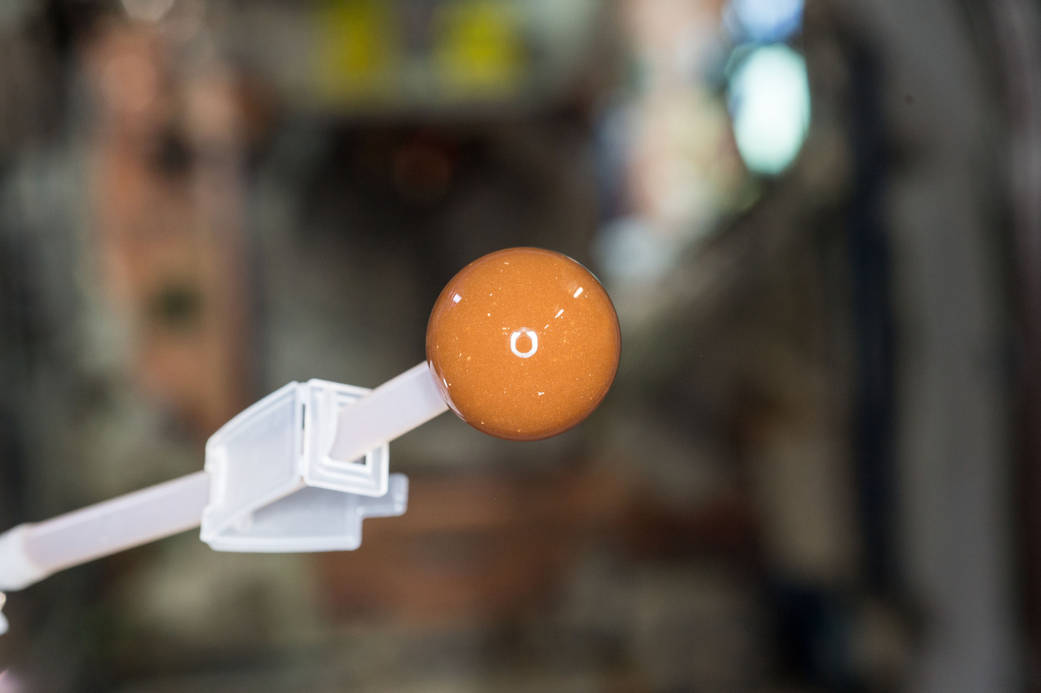 A coffee ball in zero gravity. Photo courtesy of NASA.

In 2013, NASA created a water recycling system that captures all the sweat, urine, and moisture emitted from the crew members of the ISS and recycles it into clean drinking water. This may sound disgusting to the common land-dweller, but the resulting water is actually cleaner than most water consumed on earth and gives astronauts a much larger supply, according to NASA’s research. For those coffee-loving astronauts, this breakthrough means greater potential for more brewed coffee.

In 2015, Italian engineering firm Argotec, in collaboration with Italian roasting giant Lavazza, created an espresso machine for the ISS, cleverly dubbed the ISSpresso. The ISSpresso is operated by inserting a pod of preground coffee into the machine, in which 201°F water is then forced through steel tubing. The water achieves nine bars of pressure at the coffee bed, resulting in true espresso that gets pumped into a drink pouch. 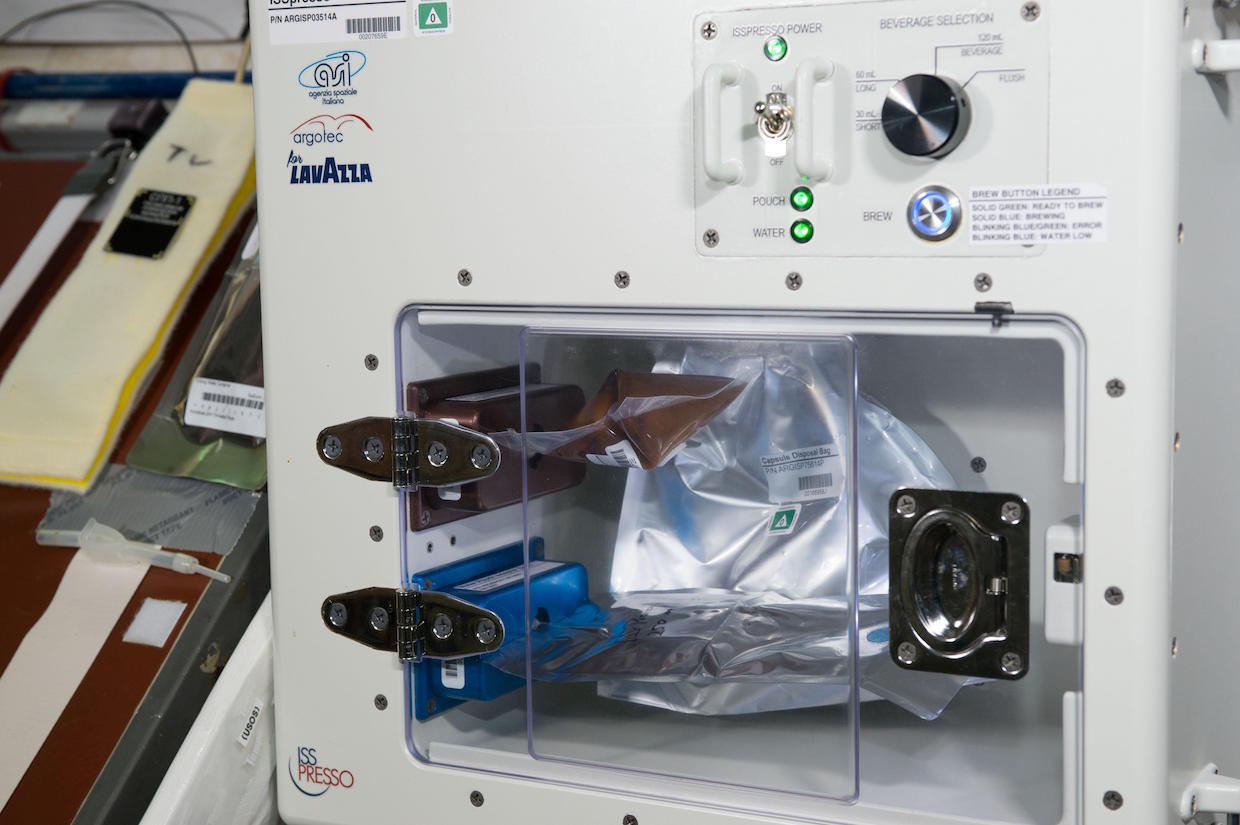 “Unlike the freeze-dried coffee, it is ground coffee that hot water passes through to create freshly brewed coffee,” said Pearlman. Once the liquid enters the drinking pouch, it falls naturally to a lukewarm temperature, but at least the hot-water brewing method more effectively imparts a fuller range of flavors and aromatics to the brew.

The coffee-in-space race took another giant leap the following year with the launch of special zero-gravity cups designed by Mark Weislogel, a fluid physicist at Portland State University. Working with the ISSpresso, the cups allow the coffee to be sipped from, rather than sucked from, a pouch. The cup also allows astronauts to smell the brewed coffee for the first time — an impossibility in the traditional pouches.

“The cup was initially proposed by astronaut Don Pettit,” Weislogel told DCN. “Then my team quickly designed a few prototypes and sent them to the ISS for astronauts to use. We knew that espresso and crema would act totally different in space, and we wanted to test that.” 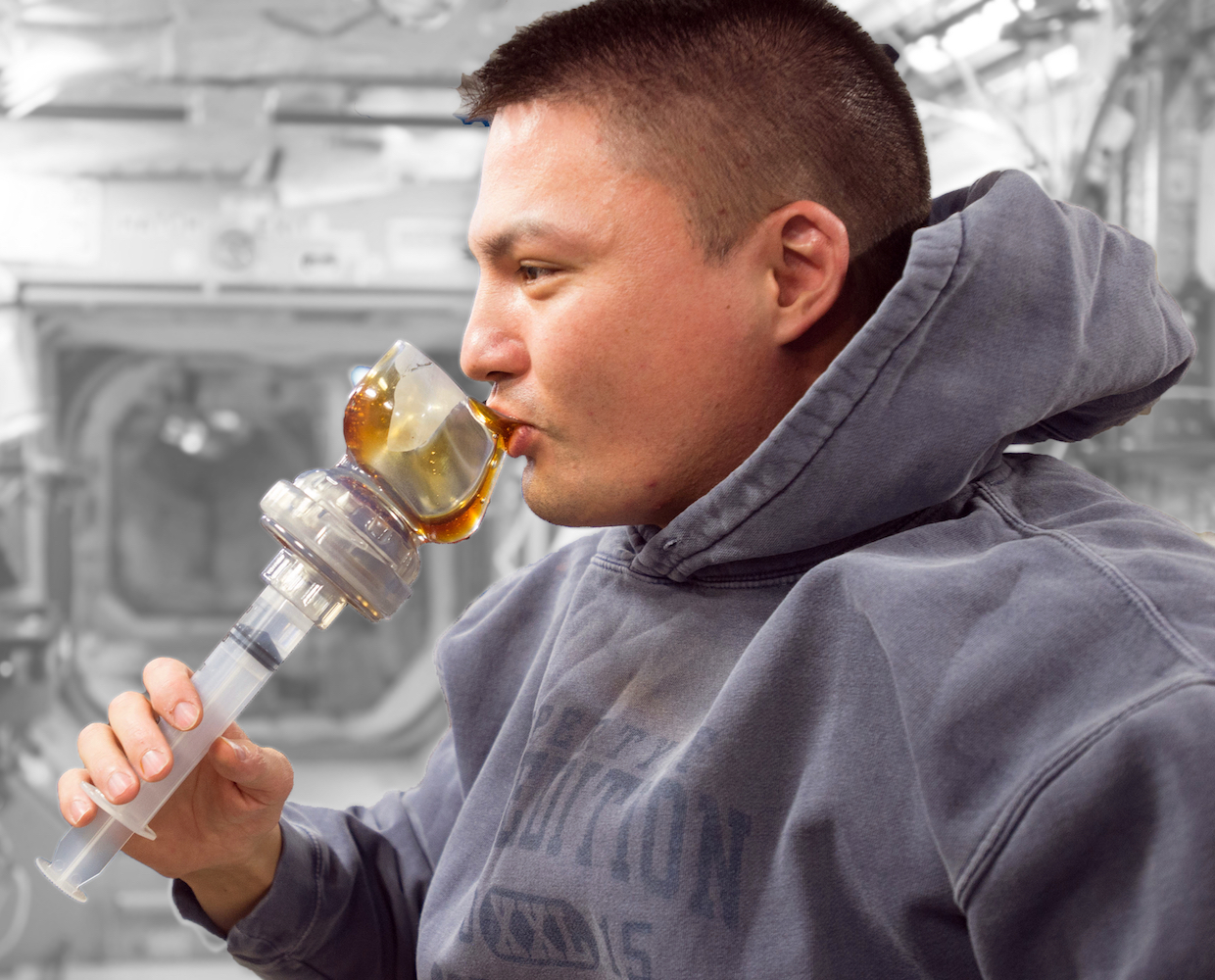 Part of the ISSpresso’s equipment mission was to test heat transfer and fluid dynamics in microgravity and zero-gravity conditions. This led to the invention of Astronaut Kjell Lindgren’s zero-gravity hand brewer aboard the ISS in 2016. Lindgren worked with Dr. Weislogel and then PSU Ph.D candidate Drew Wollman to create the first hand-brewing device in space.

A K-cup pod is placed inside of the plastic brewer and screwed onto the bottom of the zero-gravity cup. Hot water is forced through the K-cup via a syringe and into the cup. Weislogel suggested the breakthrough in brewing dynamics could be particularly useful in limited-gravity environments.

“The moon has one-sixth the gravity of Earth, oppose to zero gravity on the ISS,” he said. “So Lindgren’s hand brewer will certainly be more functional when we go up there in 2024.”

After 32 months of brewing space espresso, the ISSpresso was decommissioned last year according to schedule. Therefore only a certain number of pre-ground pods were sent to space for testing, and Lindgren and other astronauts were also only able to use the hand brewer a few times. Additionally, the zero-gravity cups do require cleaning, and are unfortunately not considered to be crucial to ISS expeditions. 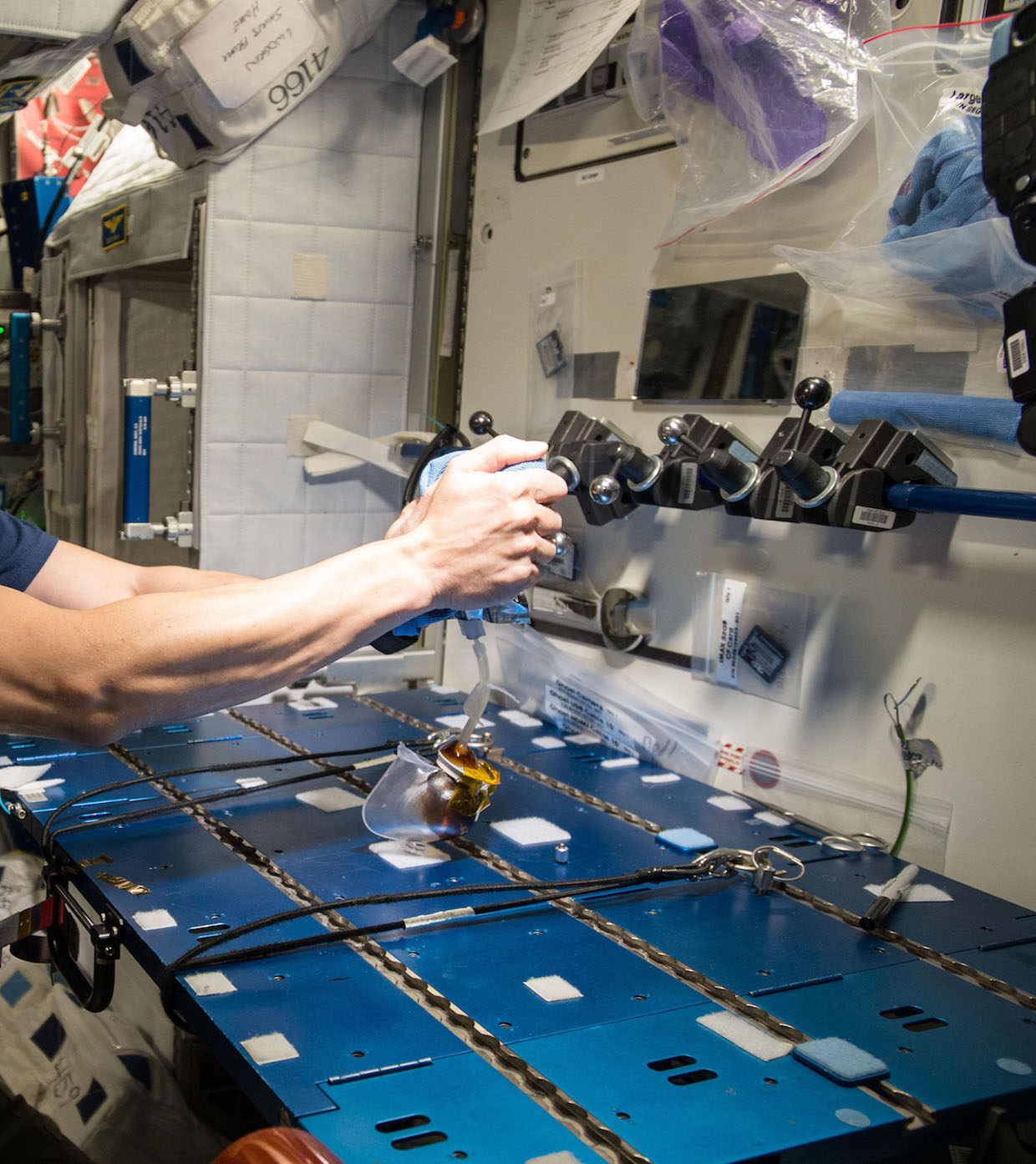 While space travelers still do have the traditional freeze-dried pouch option, some efforts are afoot to improve extraterrestrial cuisine overall.

“A group called Zero G Kitchen plans on deploying a zero-gravity oven to the ISS later this year, and [they] have plans for other utilities in space, which may include a way to boil water and have a coffee brewer,” said Pearlman.

It appears coffee in space has by no means reached its final frontier.