In the Andean Foothills, a World of Promise for Peruvian Specialty Coffee 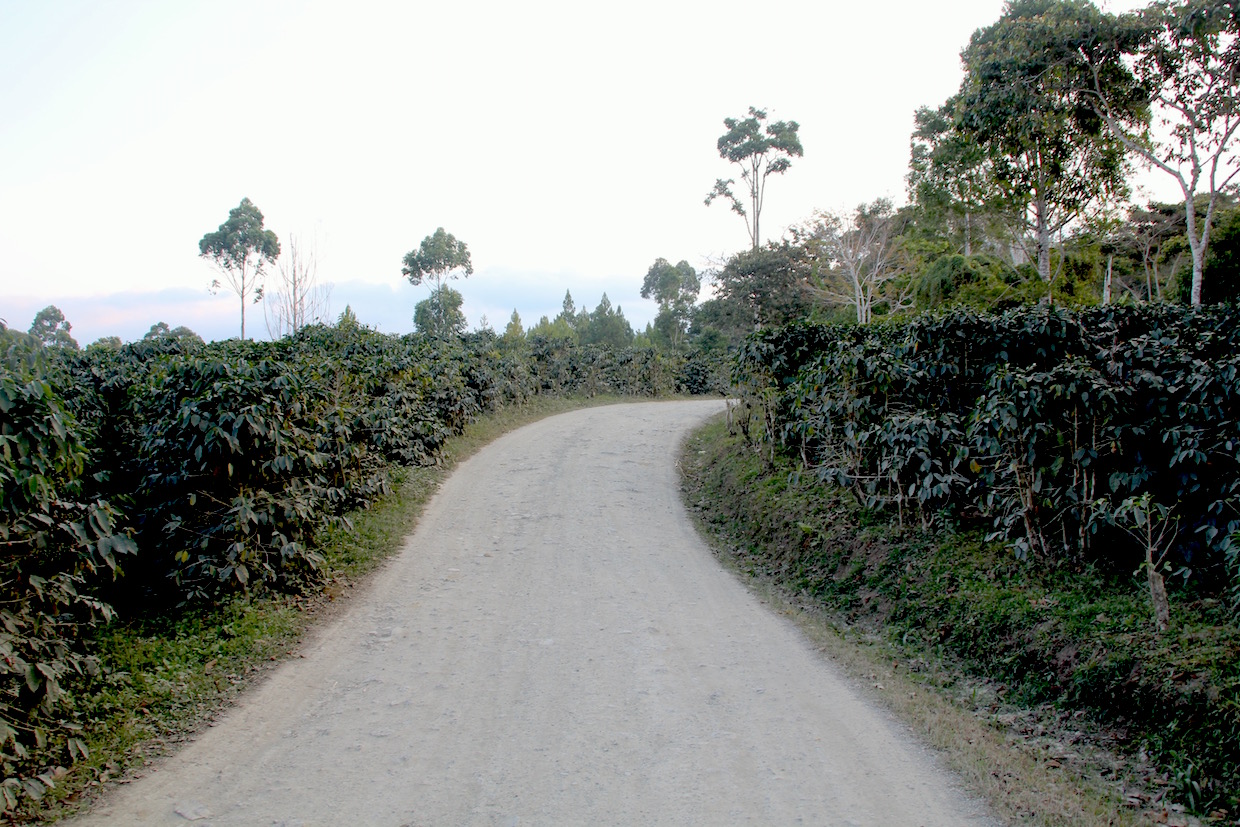 Like most coffee-producing countries throughout the Americas, Peru’s coffee sector has struggled to rebound — both in terms of volume and economic impact — from the coffee leaf rust epidemic that struck in 2013.

In the time since, Peru has also made strides in working toward building a more robust specialty coffee infrastructure. The country has maintained a reputation for stellar, high-grown, often organic arabica coffees for decades. Yet more concentrated efforts over the past three years have focused on quality improvements at the highest levels, traceability, improved cooperative governance, assistance to farmers, and marketing. 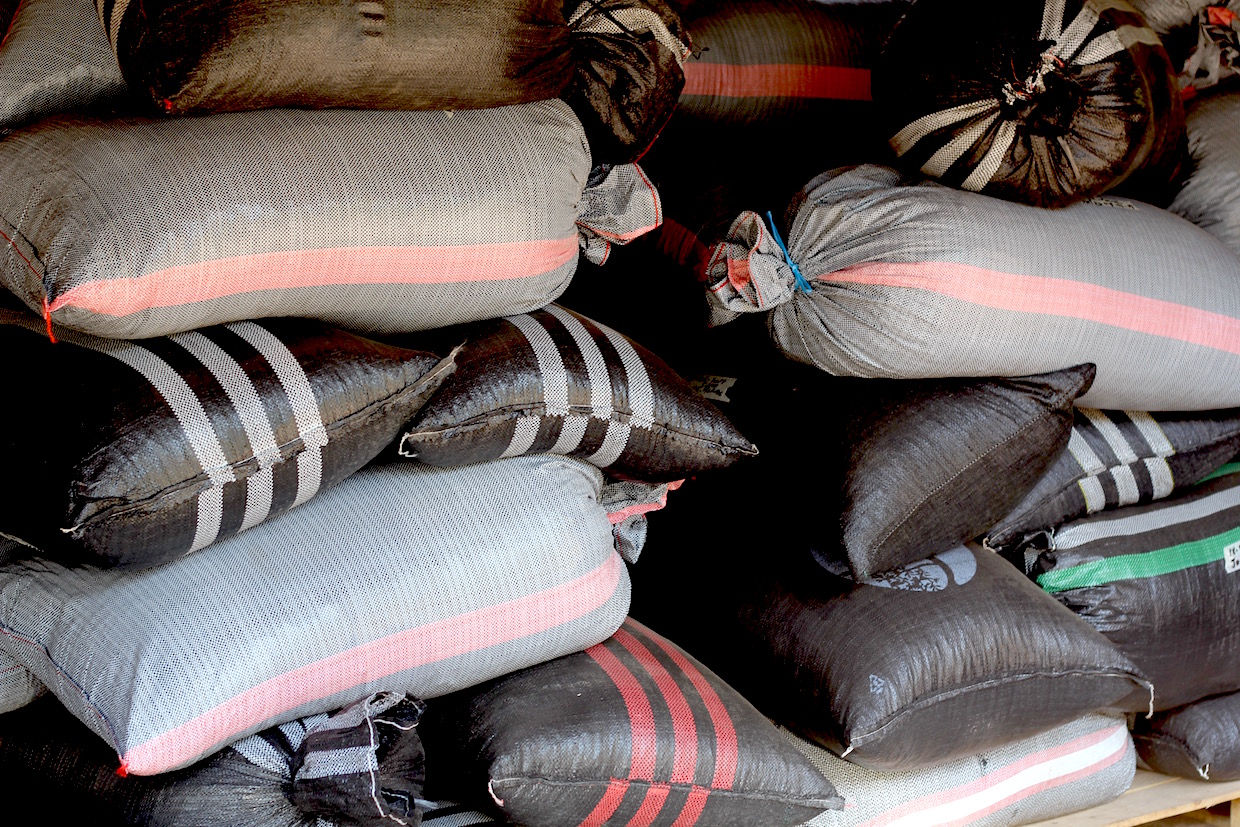 These efforts were highlighted at a recent weeklong tour through three of Peru’s primary growing regions, from north to south along the Eastern foothills of the Andes mountains.

Organized by Peru’s commission of tourism and exports, PROMPERÚ, the tour involved a wide range of international buyers and media, celebrating some of Peru’s most renowned coffeelands during the harvest season in the regions of Cusco, Junín and Jaén. 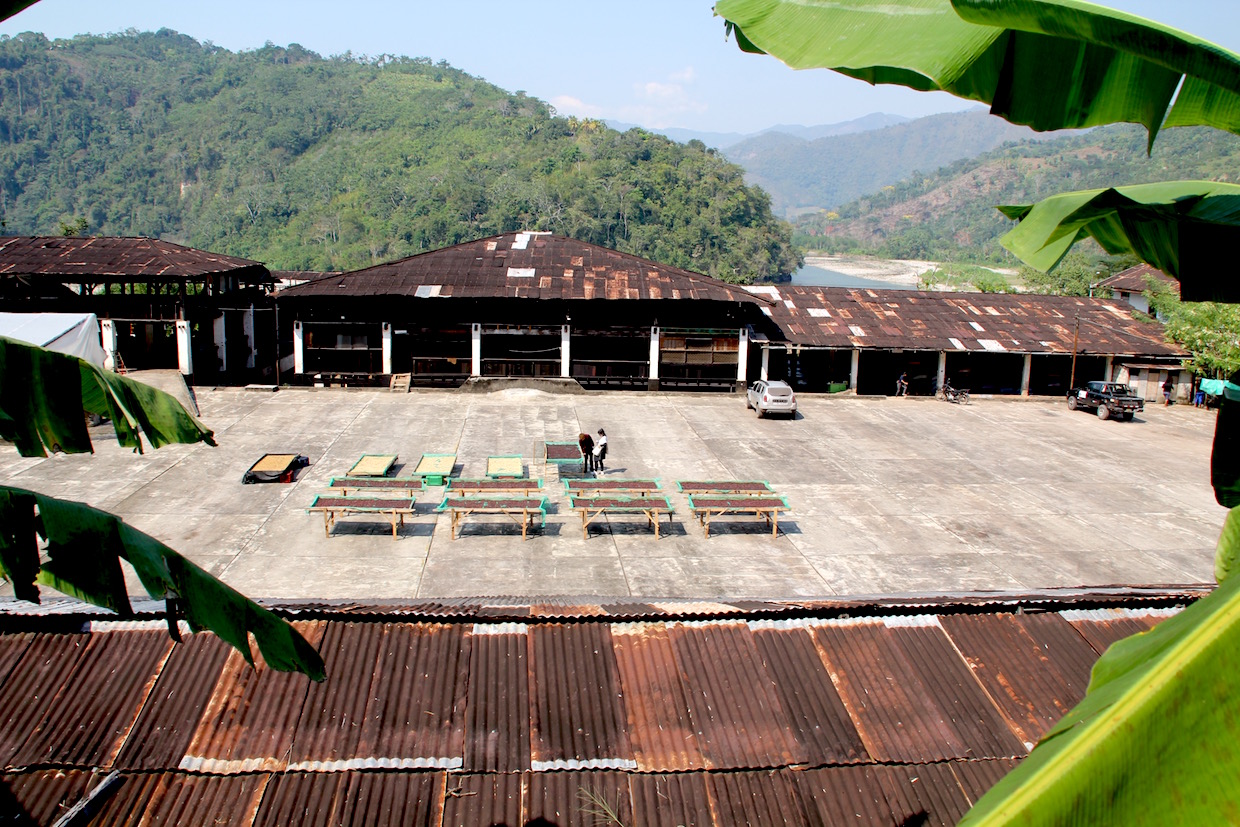 A view of the COOPCHEBI cooperative in Chanchamayo. Daily Coffee News Photo/Nick Brown.

Coffees from each of those major growing regions have found remarkable success on the international stage over the past two years. For the second year straight, a Peruvian coffee from the Cooperativa Agraria Cafetalera (CAC) Incahuasi in the Cusco (Cuzco) region was awarded the grand prize from the Small Producers Symbol (SPP) at the global Specialty Coffee Expo.

Coffees submitted during the first two years of the Peru Cup of Excellence competition have wowed international judges, with the top winner from the 2018 competition fetching more than $45 per pound of green coffee at auction. 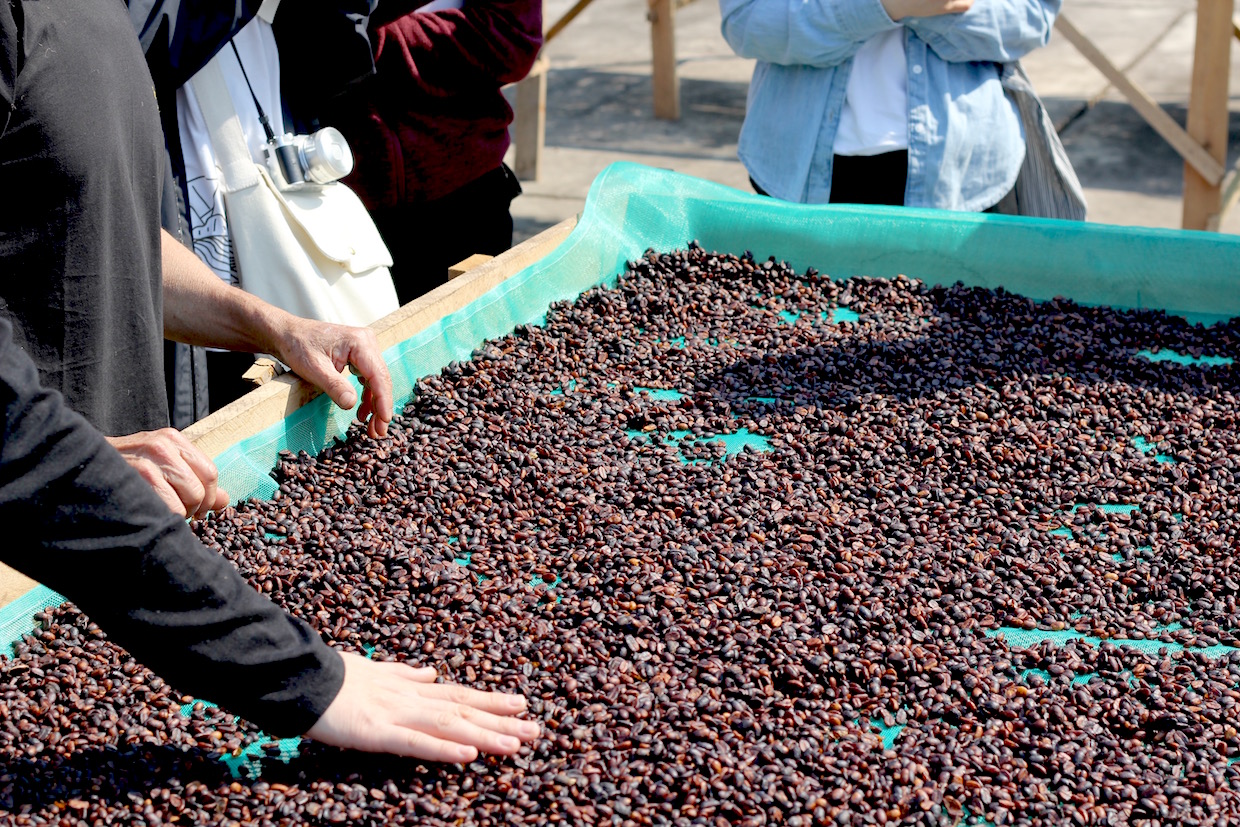 On one leg of the recent trip attended by DCN, groups of buyers representing roasting companies in China, South Korea, Taiwan and the United States were clearly enthusiastic, tasting a wide range of coffees from throughout the central regions of Junín and Pasco and launching into purchasing negotiations after nearly each cupping.

Yet despite such successes internationally and locally, Peruvian coffee producers also remain subject to global market forces. The global coffee price crisis over the past year has had a pronounced effect among Peruvian producer networks. 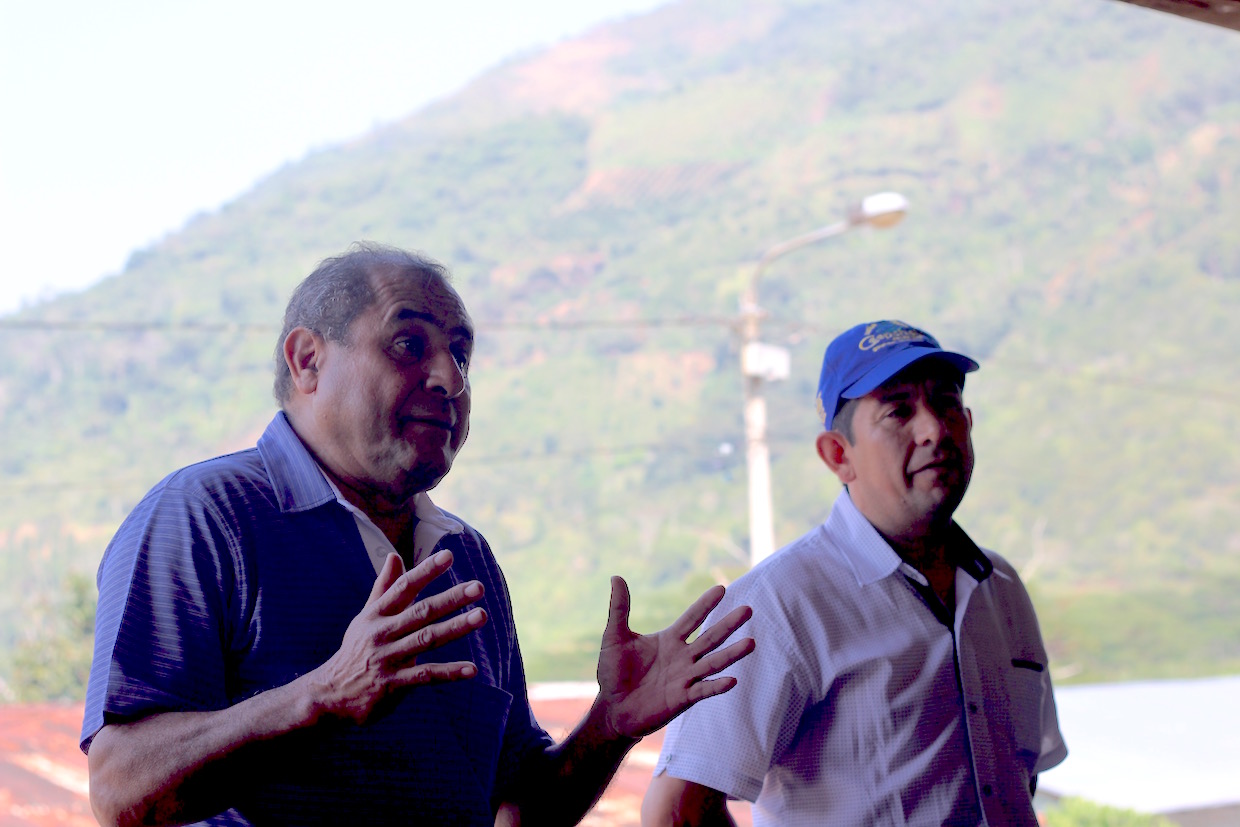 Felix Marin Ludeña runs the COOPCHEBI cooperative in the Chanchamayo Province. The cooperative itself has found sustained success on the international market through refining and expanding its coffee processing and sorting methods. It has also created a successful tier of “identity coffees” that maintain the individual farmer’s name on each bag sent for export, thereby meeting the demands of buyers seeking traceable microlots.

At the same time, the cooperative has suffered due to low market prices for its more conventional coffees, which may be scoring in the low to mid 80s according to the SCA scale. Marin Ludeña told Daily Coffee News that many small farmers who may not yet be producing top-tier coffees are naturally tempted to move into coca production, which can immediately improve income. 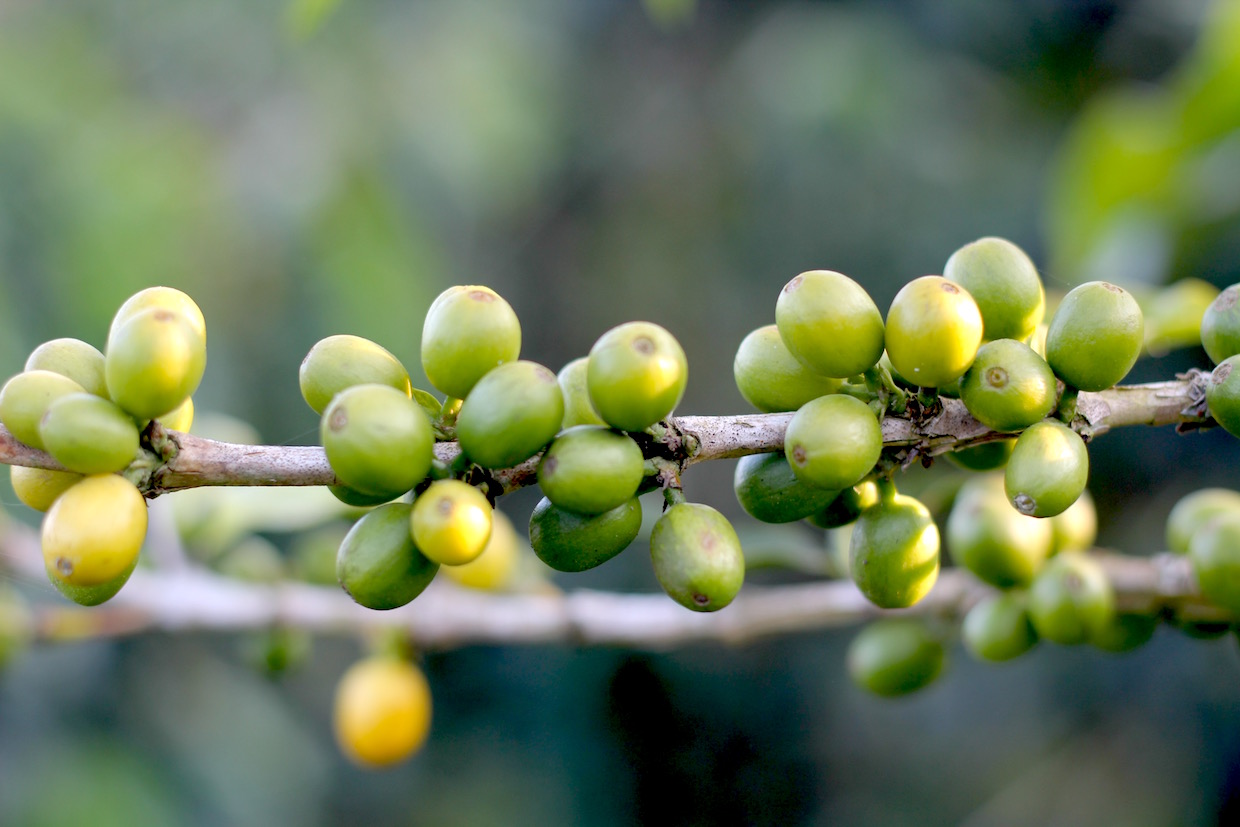 Roncal Muñoz, manager of the Cunavir coffee farm network and cooperative in the town of Villa Rica in Pasco, Oxapampa, told visitors that international prices for conventional coffees have exacerbated economic impediments still lingering from a leaf rust infestation in 2013. This is despite the fact that Cunivar is producing high-quality, traceable organic arabica coffees that have found buyers in the specialty market.

As international prices will ebb and flow, cooperative leaders and government officials on the recent trip repeatedly underscored efforts to boost more coffee — whether locally, regionally or nationally — into the specialty realm, where it can be farther separated, price-wise, from the commodities market. 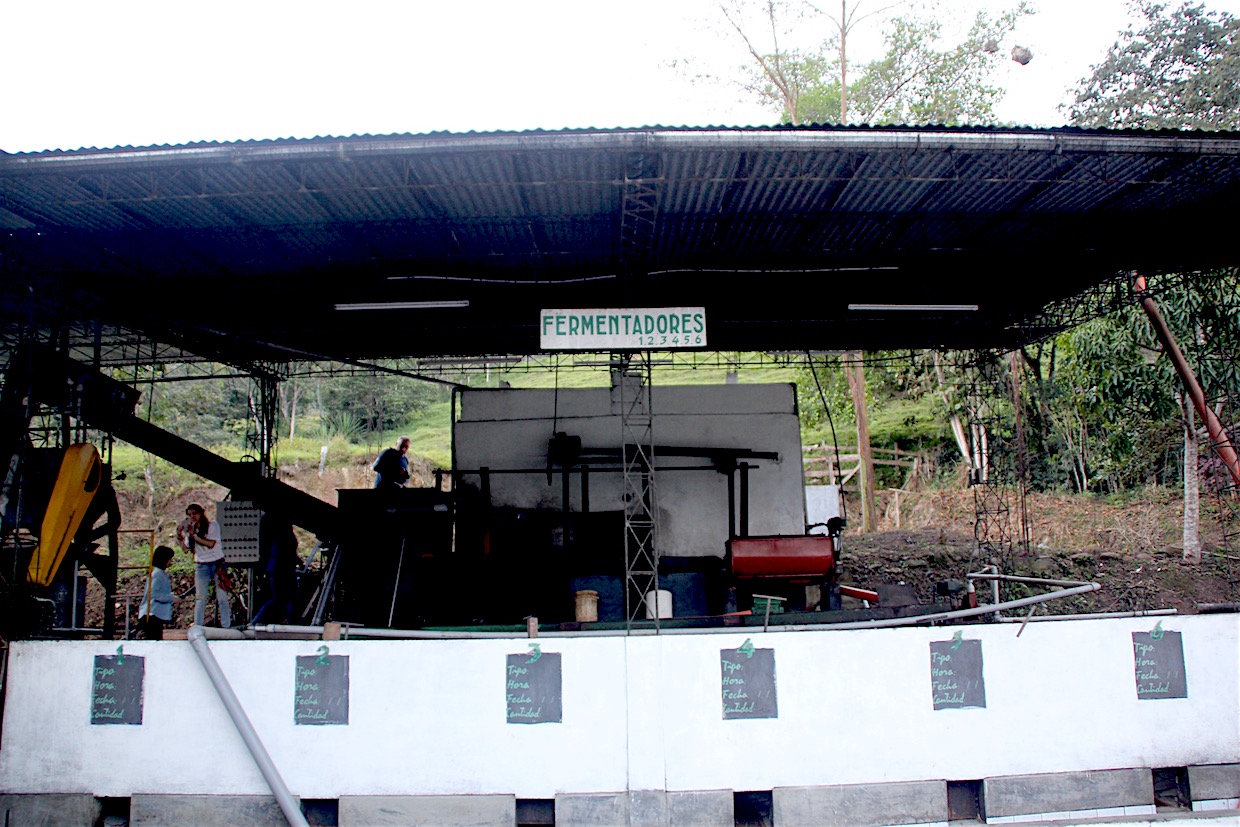 In the coffee town of Villa Rica in the Oxapampa, Pasco region, the Centro Interpretativo de Café (Coffee Investigation Center) stands as a testament to this effort. Opened in 2018, the facility boosts the regional coffee infrastructure, from seed to export, through laboratory analysis, quality control and technical services.

About three hours away by car, at the NARSA coffee warehouse, education center and lab in La Merced (Chanchanmayo, Junin) is providing a wealth of new support to the specialty coffee sector. After focusing exclusively on the specialty market since 2013, the facility became the first SCA-certified campus in the region, while leading the next generation of Peruvian coffee professionals through programs such as Q Grader training. 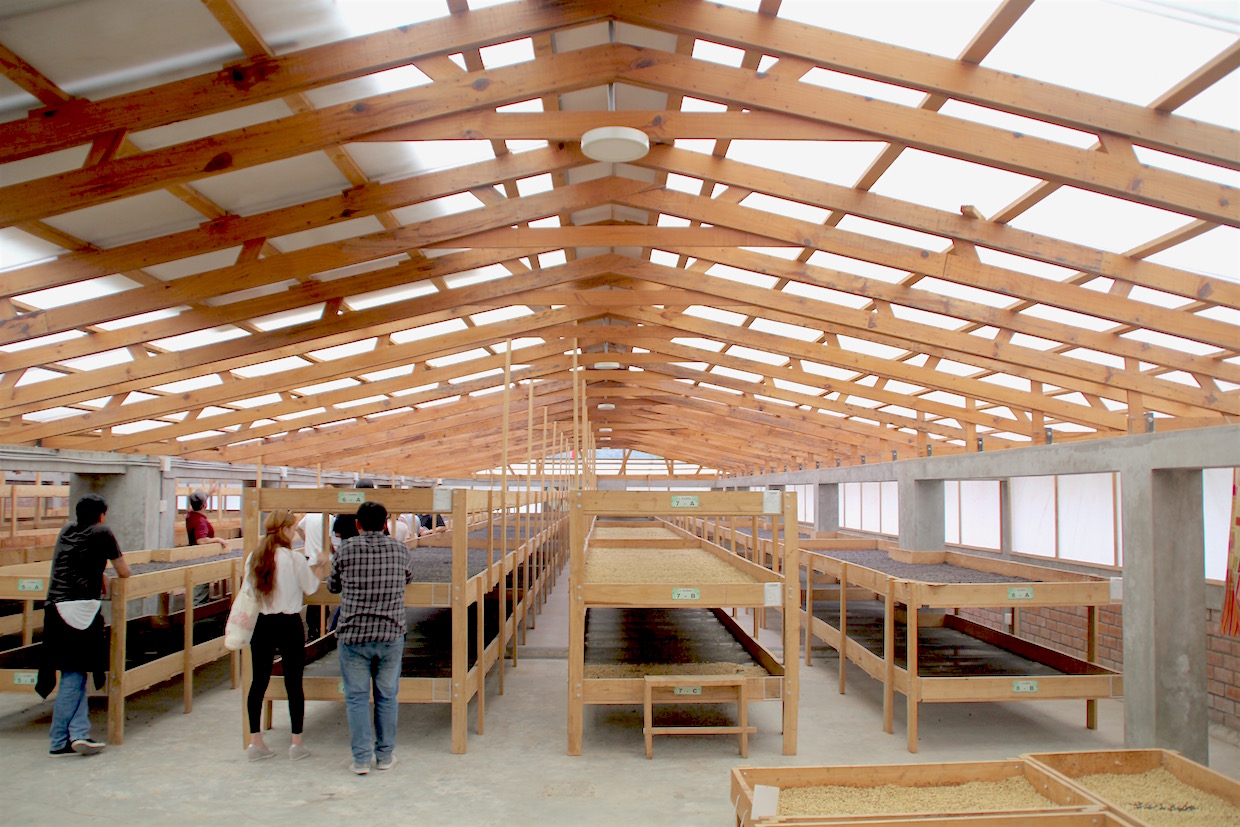 The rooftop of the coffee center is home to a solar-powered, greenhouse-like structure for raised drying beds, while a large warehouse below prepares sacks of coffee for export. At the nearby temperature-controlled cupping room, a 92-point organic natural attracts the attention of blind cuppers.

These infrastructure improvements and more bode well for the Peruvian coffee sector, but they’re also good news for coffee roasters abroad, as more exceptional, traceable coffees make their way into the hoppers.