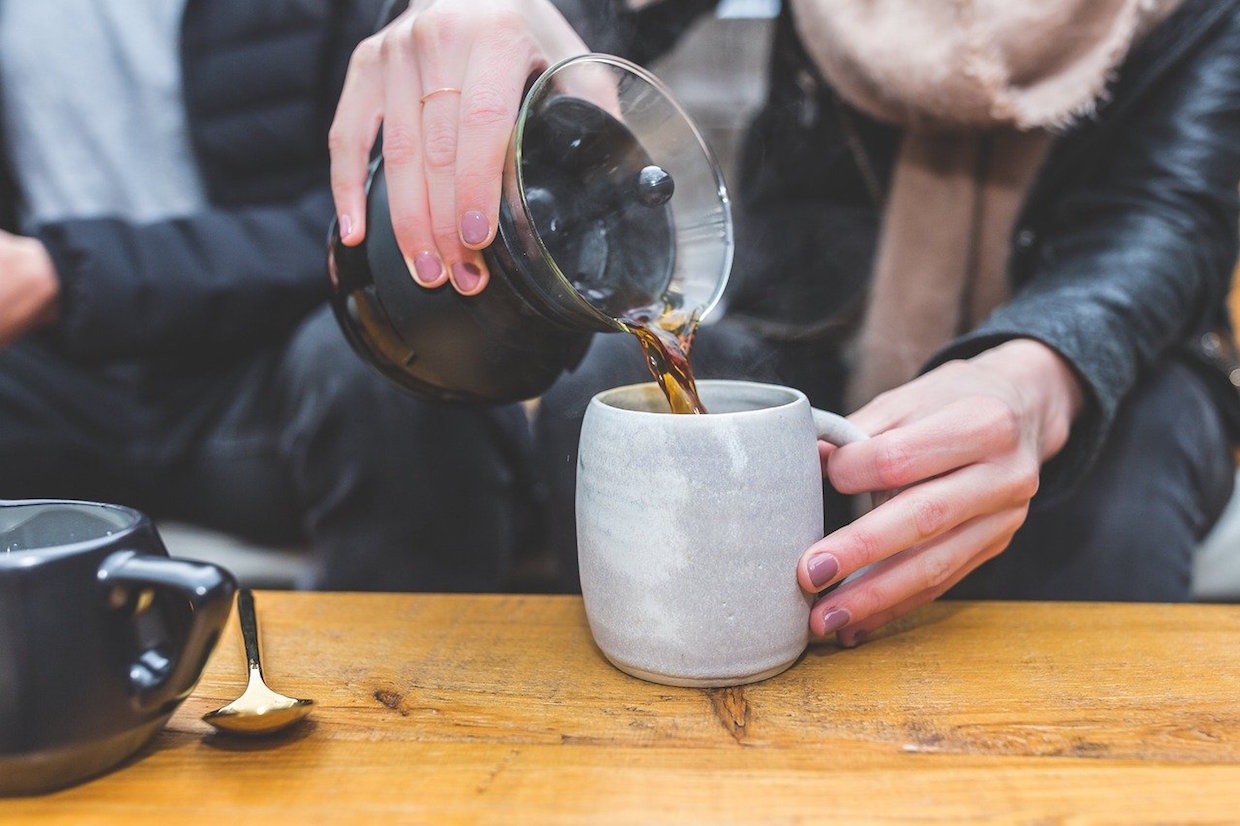 New research suggests that compounds found in coffee other than caffeine may lead to reduced total body fat and obesity, particularly among women.

Led by scientists at Anglia Ruskin University (ARU) in England and published this month in The Journal of Nutrition, the study examined relationships between the number of cups of coffee drunk per day and total body fat, as well as abdominal “trunk” fat, or adiposity.

It found that women of all age groups who drink three to four cups of coffee per day had lower total body fat and lower adiposity than women who drink less coffee.

“Our research suggests that there may be bioactive compounds in coffee other than caffeine that regulate weight and which could potentially be used as anti-obesity compounds,” Dr. Lee Smith, a reader in public health at ARU and senior author of the study, said in an announcement published by the university. “It could be that coffee, or its effective ingredients, could be integrated into a healthy diet strategy to reduce the burden of chronic conditions related to the obesity epidemic.”

The study found that women age 20-44 who drank two or three cups of decaffeinated or caffeinated coffee per day had the lowest incidence of abdominal fat, 3.4% lower than those who did not consume coffee. Women between 45-69 had the highest reduction in abdominal fat compared to non-drinkers of the same gender and age, at 4.1%.

In men, the relationship was less significant but still apparent, with coffee drinkers age 20-44 having 1.3% less total fat and 1.8% less abdominal fat.

Despite the potentially promising findings in relation to combatting obesity, the researchers were hesitant to trumpet any clear trends from the findings, while also noting that the results are not intended to promote coffee consumption as a weight loss strategy.

“It is important to interpret the findings of this study in light of its limitations — the study was at a specific point in time so trends cannot be established,” said Smith. “However, we don’t believe that someone’s weight is likely to influence their coffee consumption.”

Is good news. In addition to this I want to know the relationship between diabetes and coffee drink as well.

Is there any negative or positive impact for the people living with diabetes and drink coffee?

caffeine is known to block the body’s insulin receptors, thus elevating blood sugar somewhat. Whether this is a negative or positive effect I’ll leave to you, but it is a known phenomenon.
I would expect that this would be a negative, however, as it will then take more insulin to be in the blood to overcome this effect and press blood sugar levels down to where they ought to be.

Thankfully this is not an issue that affects me personally. I’d drink the stuff anyway, though, modulationg blood sugar levels with diet, as I already mostly do.

I would not think a difference of well under five percent in fat reduction would be sufficiently signficant to warrant one’s taking up coffee as a regular part of weight contorl efforts. A far more signficant change can be had by simply making changes in one’s diet… and this needn’t be burdensome. Simply educate yourself about which kinds of foods tend to pile on the fat. I see folks at the greengrocer’s checkouts, grossly obese, and note what they have in their carts….. and marvel at the fact they appear to be uncomfortable and miserable with their huge weight yet continue to eat the way they did to get that way. Cause, effect, right under the nose hiding behind their cloth facemasks. Oh but they’ll have a case of diet soda of some sort…..

I don’t understand the last sentence of the story. Someone who is overweight most certainly might consider switching from tea to coffee! Or going from one cup a day to three!