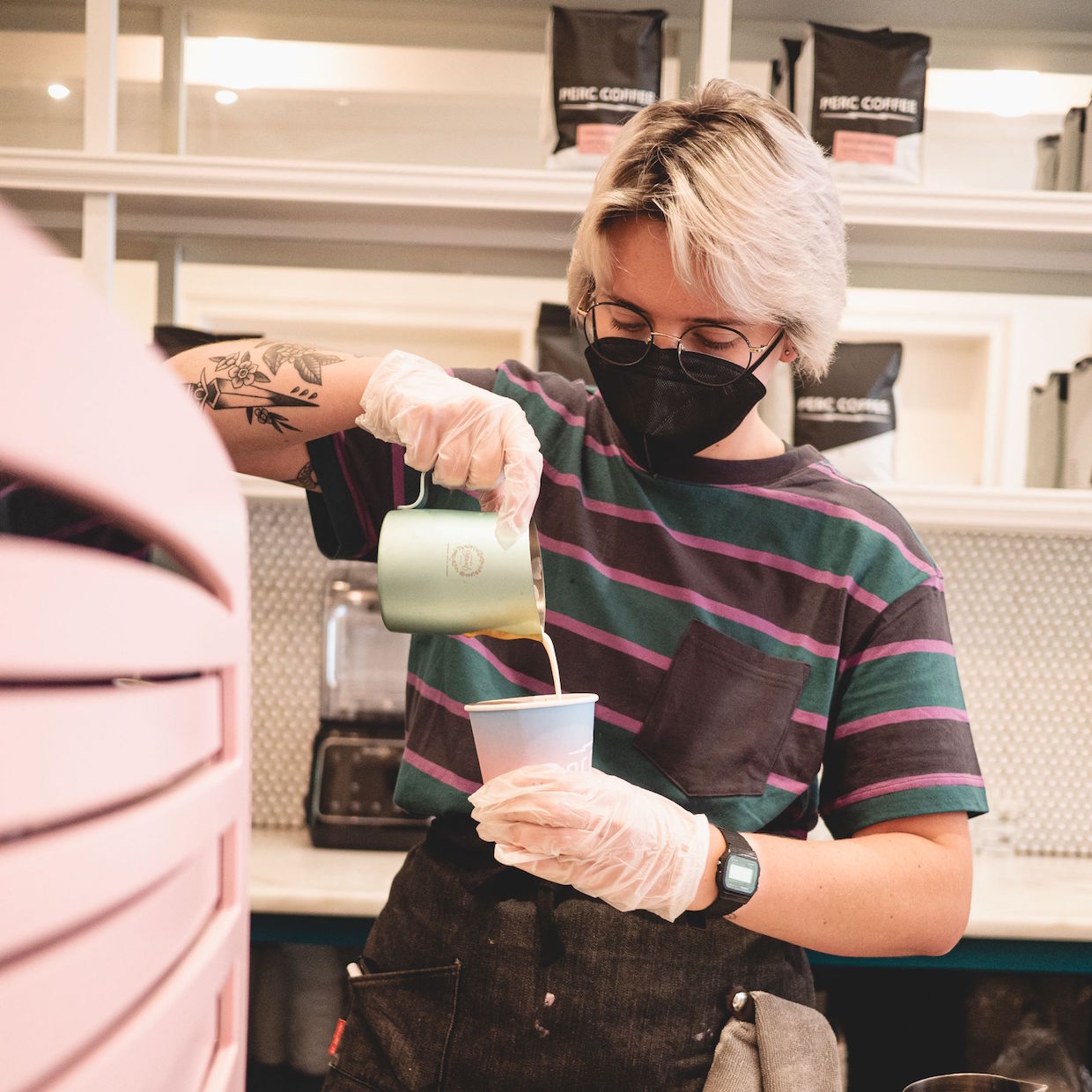 Perc Coffee Roasters has opened its second cheery, pastels-filled coffee shop in the city of Atlanta. The new shop in the city’s Virginia-Highland neighborhood is the Savannah-born company’s third retail location overall, and comes roughly eight months after its opening in Atlanta’s Eastlake neighborhood. 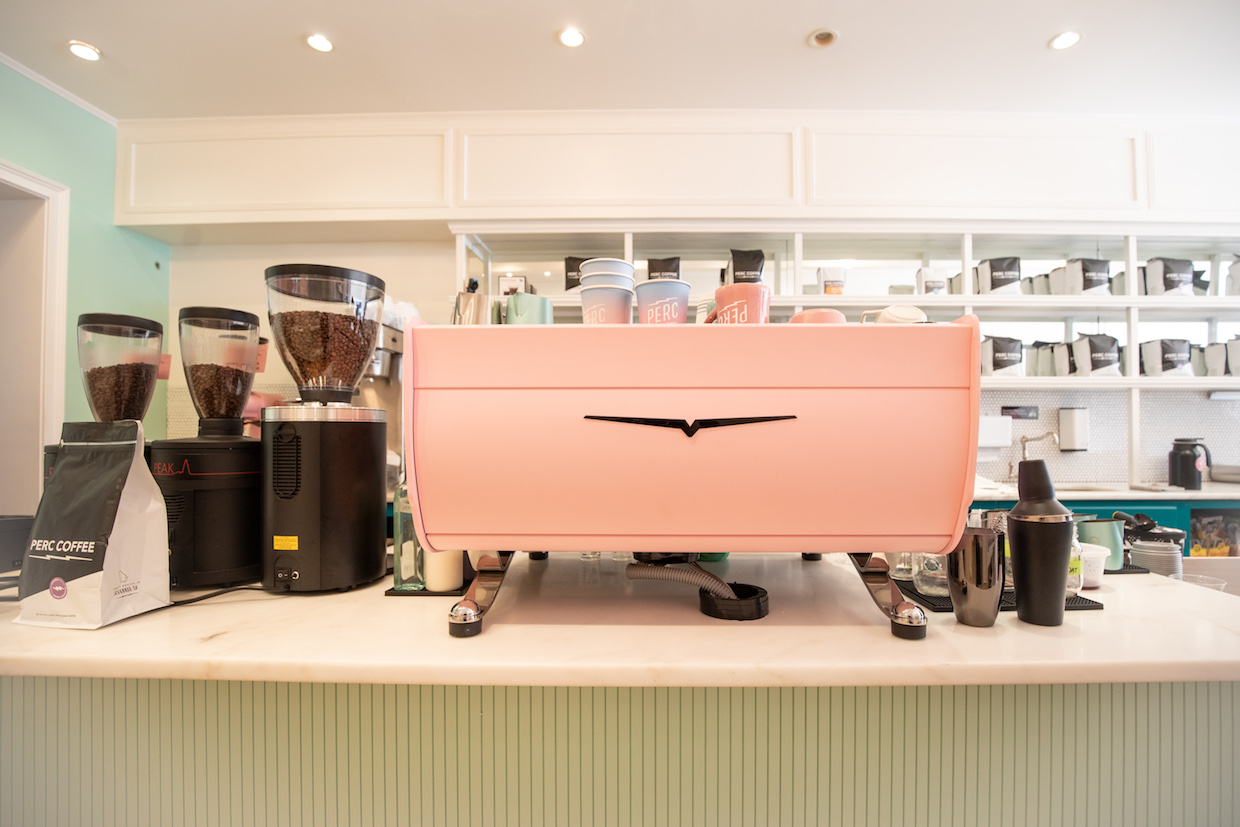 Perc Coffee Co-Owner Alan Fischer told Daily Coffee News that while the layout of the former chocolate shop space in Virginia-Highland was easy to repurpose, the cosmetic overhaul was a 180-degree turn.

“It was really dark and intimate, which was great for what [they] were trying to do, but anyone familiar with PERC would know that’s very much not our vibe,” Fischer told DCN. “You can’t help but walk into the shop in Virginia-Highland and just feel happy and welcome. That’s what we’re going for.”

Offsetting the pinks and pastels are three black Mahlkönig espresso grinders, a black Curtis G4 batch brewer and hot water tower, and a high-precision manual brew program centered around black Clever Coffee Drippers. Baristas modulate the flow of water into the drippers by pouring through Gabi Master B agitation-mitigating accessories made by Glowbeans, while also taking TDS measurements throughout the day for confirmation all methods are hitting their targets.

“We’re doing it at all of our bars right now, and we love it because we can set the same recipe across all the shops and know that people are able to get the same cup no matter who’s on bar, no matter what shop they walk into,” said Fischer. “It’s a really phenomenal cup.” 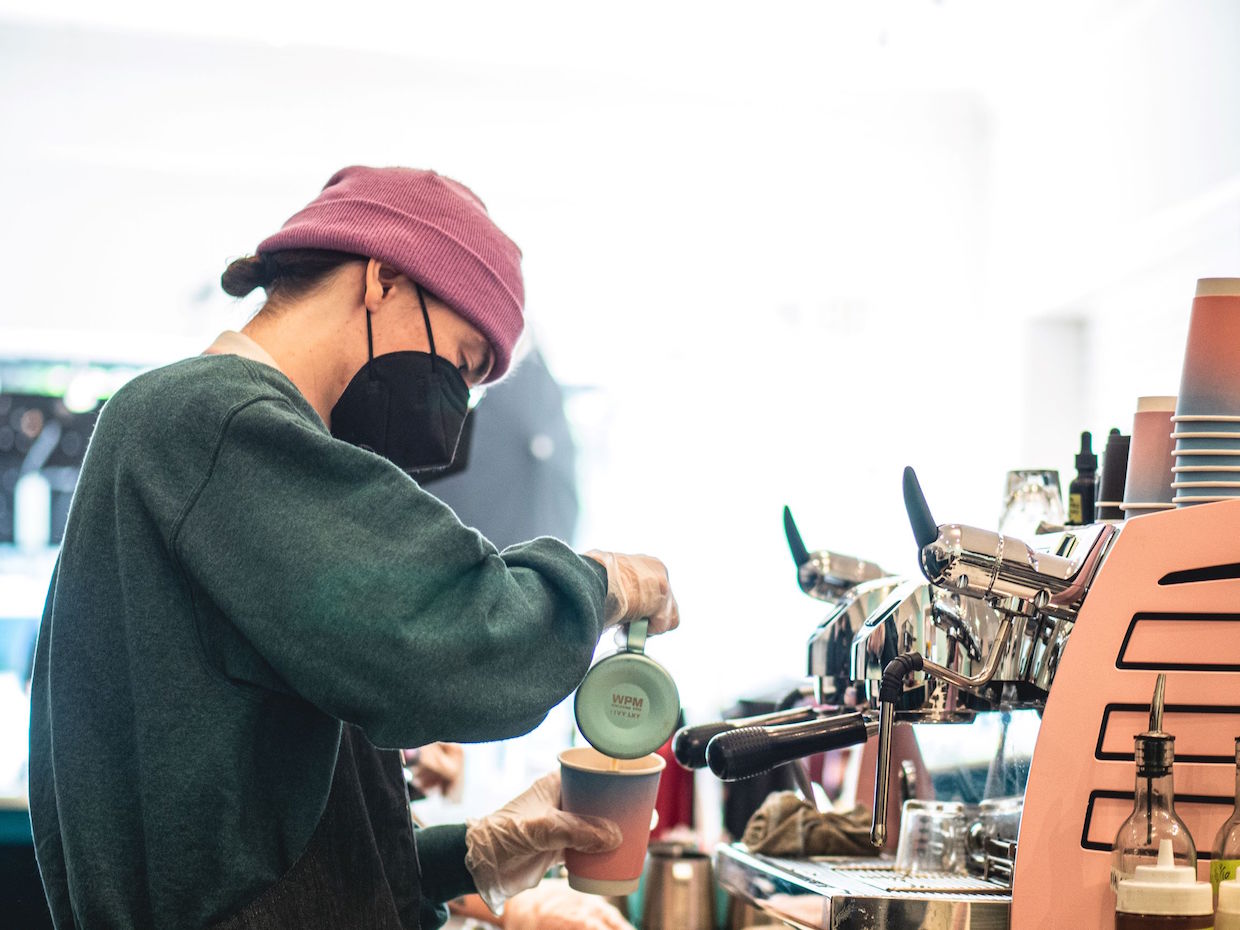 Along with carefully crafted coffee drinks, the new shop serves fresh sandwiches, locally baked goods and a selection of “nostalgic” treats baked in-house in a Turbochef Double Batch oven. These include sweet filled pastries called Perc Tarts, and savory filled pastries called Perc Pockets. Versions of the latter include bacon egg and cheese, potato hash, and a veggie tikka masala, all of which Fischer said are designed to pass what he calls the stroller test.

“Could I envision eating this food while pushing my daughter in a stroller?” said Fischer. “I think that’s important to a lot of families in Virginia-Highland, as well. These things hit all the boxes of being really delicious, really fun, really nostalgic, and then of course, passing the stroller test.”

Service is currently only available for takeout while Perc plans to open for indoor seating next month. 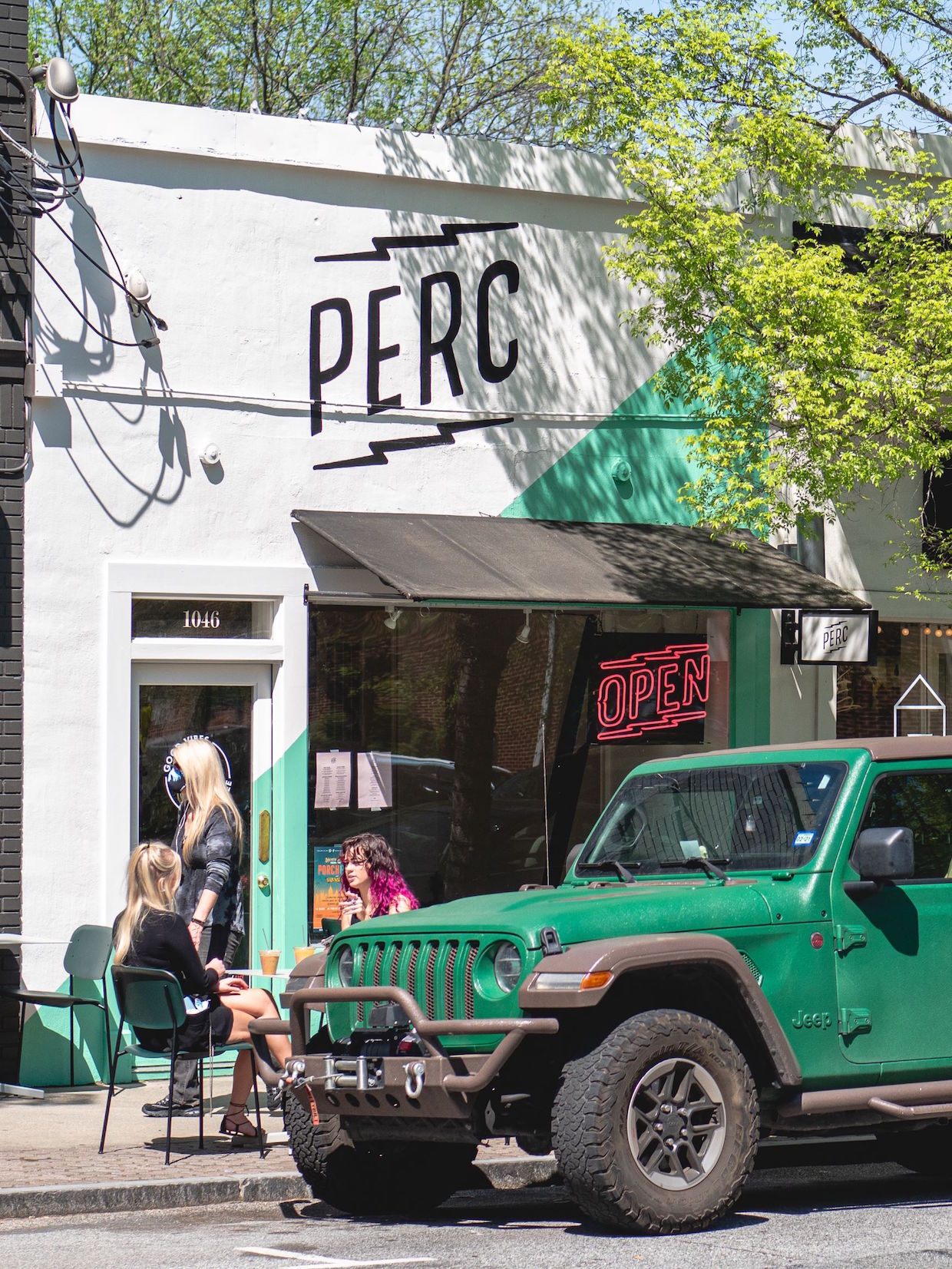 Meanwhile, back in Savannah, Perc has begun some expansion work that will double the size of its roastery. A new Loring S35 roaster has joined the company’s existing Diedrich CR-25 roaster, supplanting the company’s Diedrich IR12 which has been liquidated to make room.

That facility now occupies a total of roughly 4,400 square feet, half of which is occupied by a retail bar and the company’s offices. A new Atlanta headquarters and training center is also in the works for early this summer, while yet another Atlanta shop is in the planning stages.