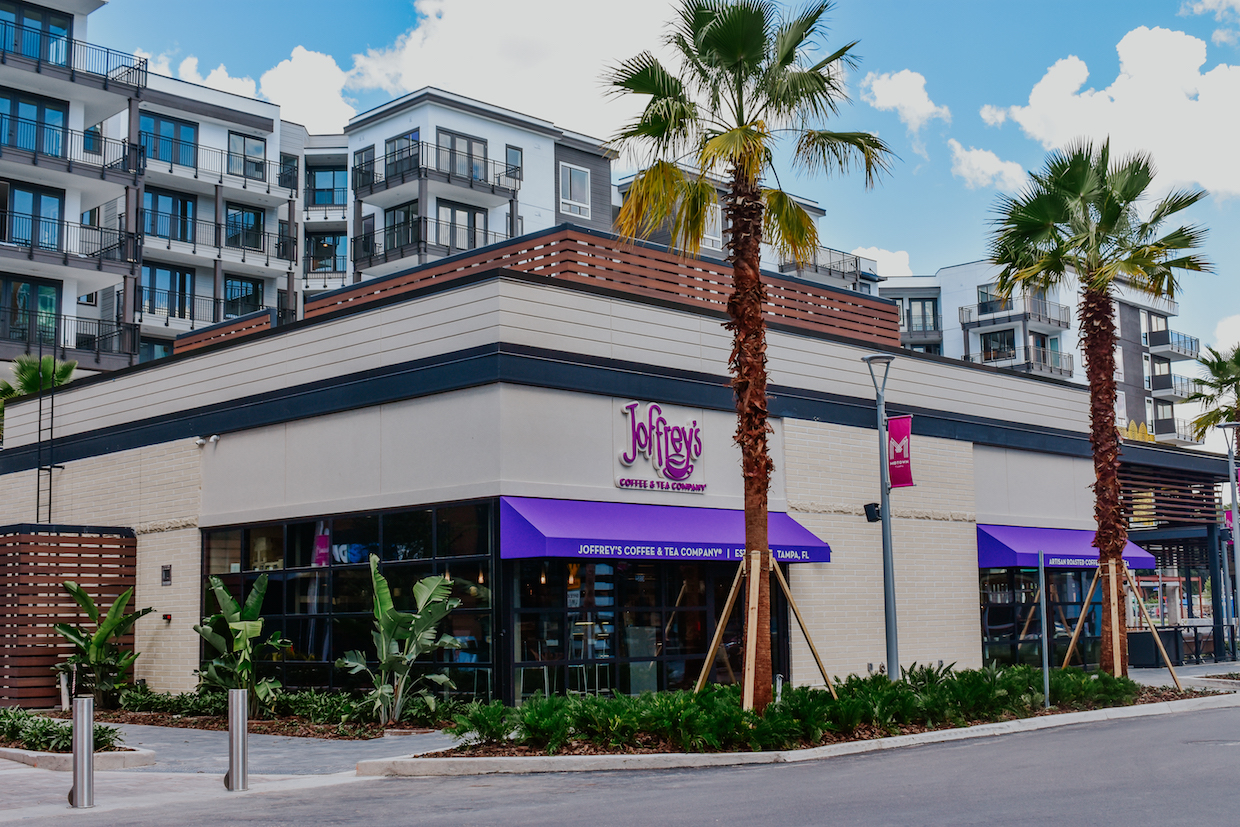 The new Joffrey’s Coffee & Tea in Midtown Tampa. All images courtesy of Joffrey’s.

Florida-based coffee roasting company Joffrey’s Coffee and Tea has returned to its retail roots, opening a flagship coffee bar within a new mixed-use development in Tampa.

Best known among vacationers as the official specialty coffee supplier to various Disney properties, including the Walt Disney World Resort, the 37-year-old company’s new cafe comes more than two decades after the last of its original cafes closed down in Cigar City. 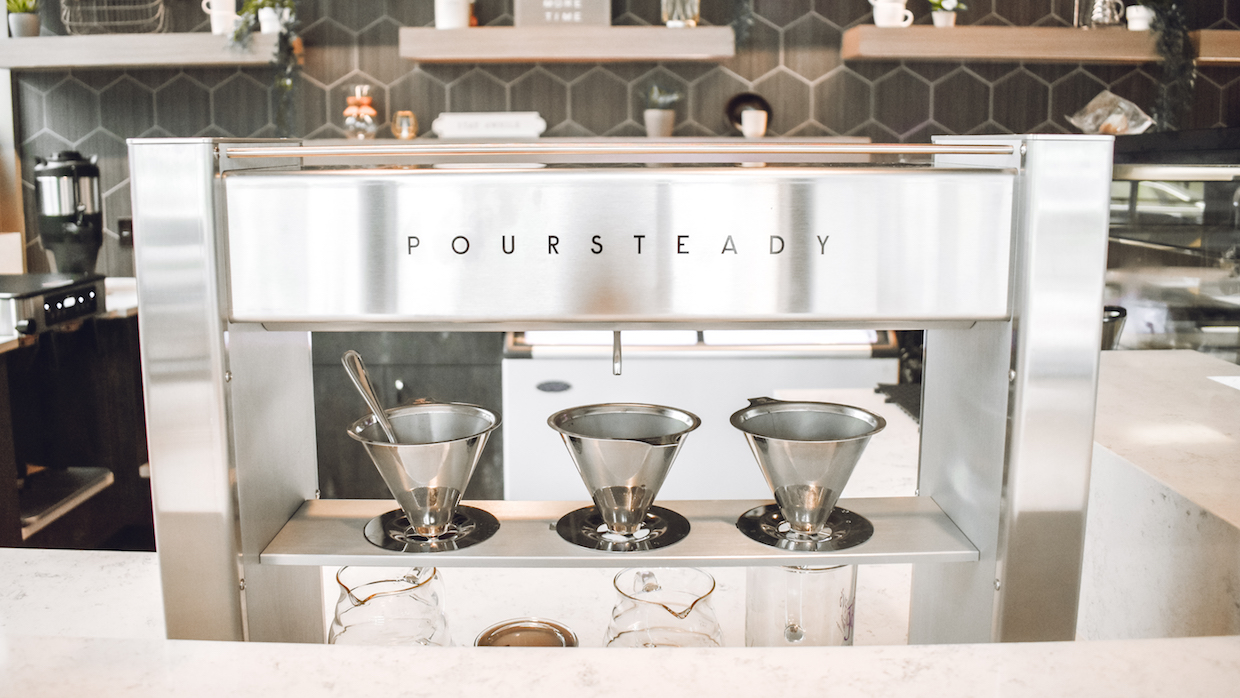 The Poursteady brewing machine at the flagship.

The company opened its first cafe in Tampa in 1984, growing quickly into about one dozen retail locations. The business ultimately turned more towards wholesale roasting, ceasing all retail cafe operations by 1999.

The new flagship sits within a public plaza at the heart of the 22-acre Midtown Tampa mixed use development that also includes apartments, a hotel, restaurants, retail stores and offices. 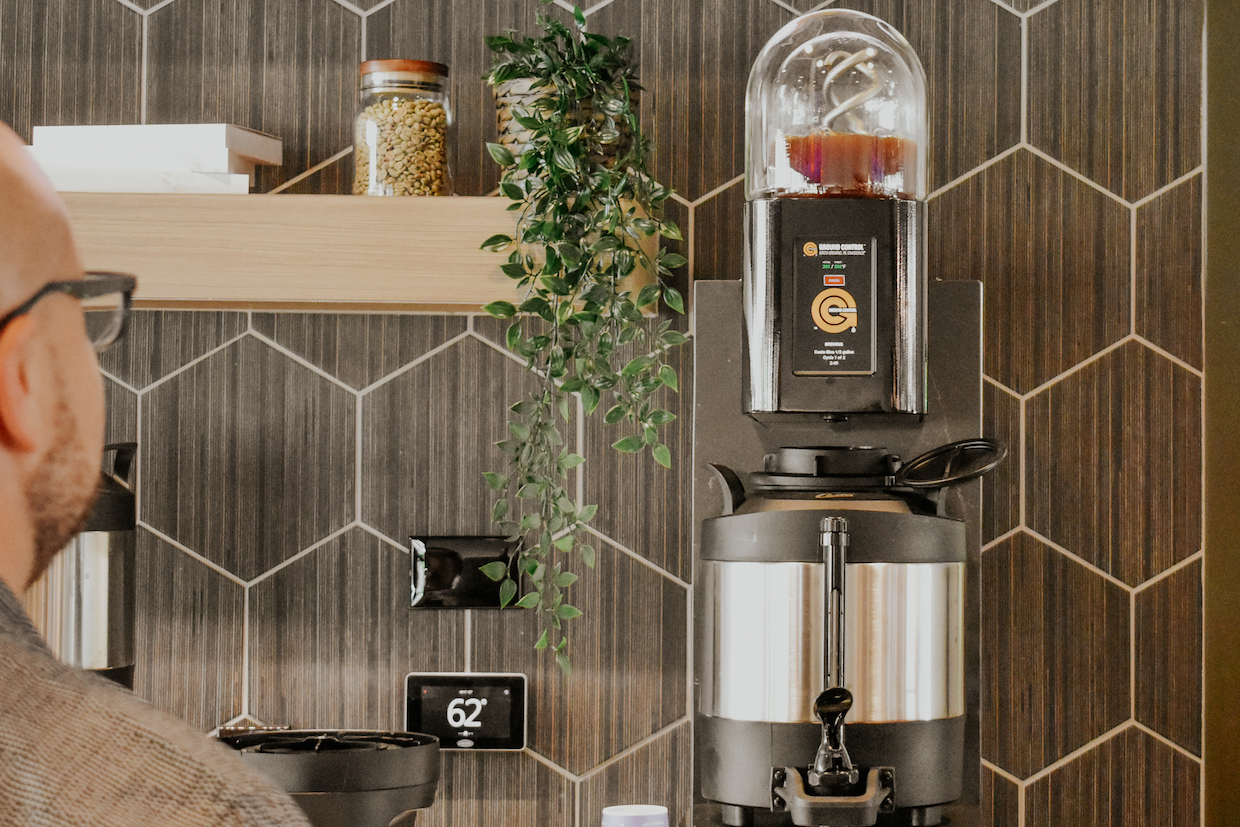 The Ground Control batch brewer at the flagship.

“We couldn’t be more excited to once again have a physical location in the city we call home,” Chris de Mezzo, Joffrey’s COO and head roaster, told DCN. “We wanted the space to feel like an extension of a home, while putting a focus on comfort and the importance of community. We also wanted a space where we could best highlight various brewing formats and tell our coffee story.”

The 1,500-square-foot cafe is adorned with soft filament lighting that brightens the polished concrete floors and honeycomb tiles behind a bar that is outfitted with eye-catching coffee preparation gear.

An under-counter Modbar system is on call for espresso, where milk-laden drinks can be customized with a foam-printed image of the guest’s choosing through a Ripples system and associated app; batches of drip brew come through a Ground Control Cyclops system; a three-bay Poursteady automated pourover system streamlines single-cup service; and baristas are also lending their hands to a manual slow bar.

“We are serving up unique offerings from local bakeries, performing unique brewing methods, and new exclusive signature beverages,” said de Mezzo. “Customers can choose from four single-origin coffees to be brewed via French press, pourover and Chemex, while learning about the coffee’s origins and taste profile.” 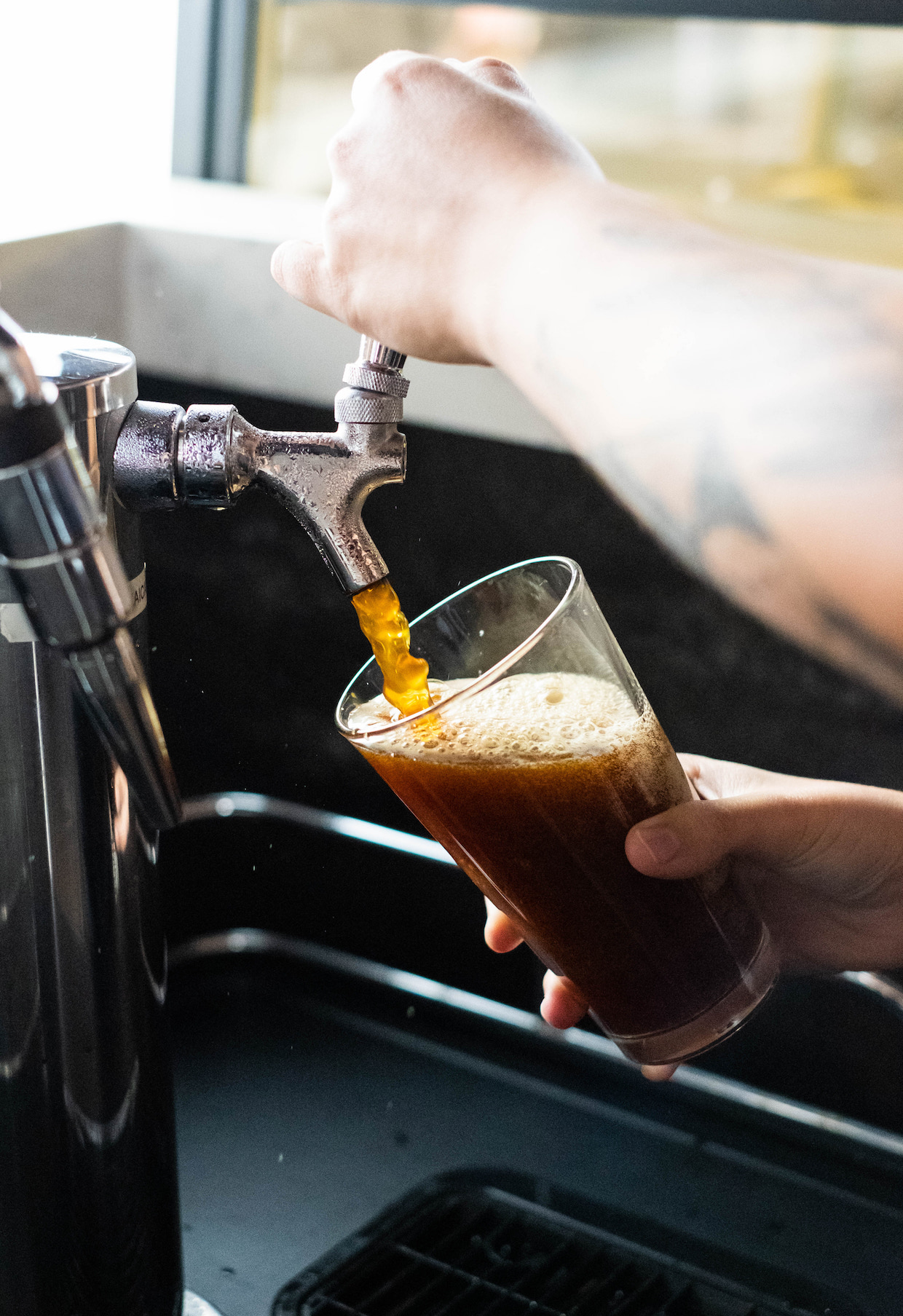 All of Joffrey’s coffees continue to be roasted at a 38,000-square-foot roastery in Tampa that features four Probat production roasters ranging from capacities of 90 to 240 kilograms.

Offerings at the cafe beyond its selection of hot coffees include nitro cold brews and teas, light bites such as avocado toast, pastries and locally baked goods, and for the evenings, a beer and wine selection, including Biere de Cafe, a brown ale brewed with Joffrey’s French roast by Tampa microbrewery Dunedin Brewery.

Joffrey’s Coffee and Tea is located at 3655 Midtown Dr. in Tampa. Tell us about your new coffee shop or roastery here.