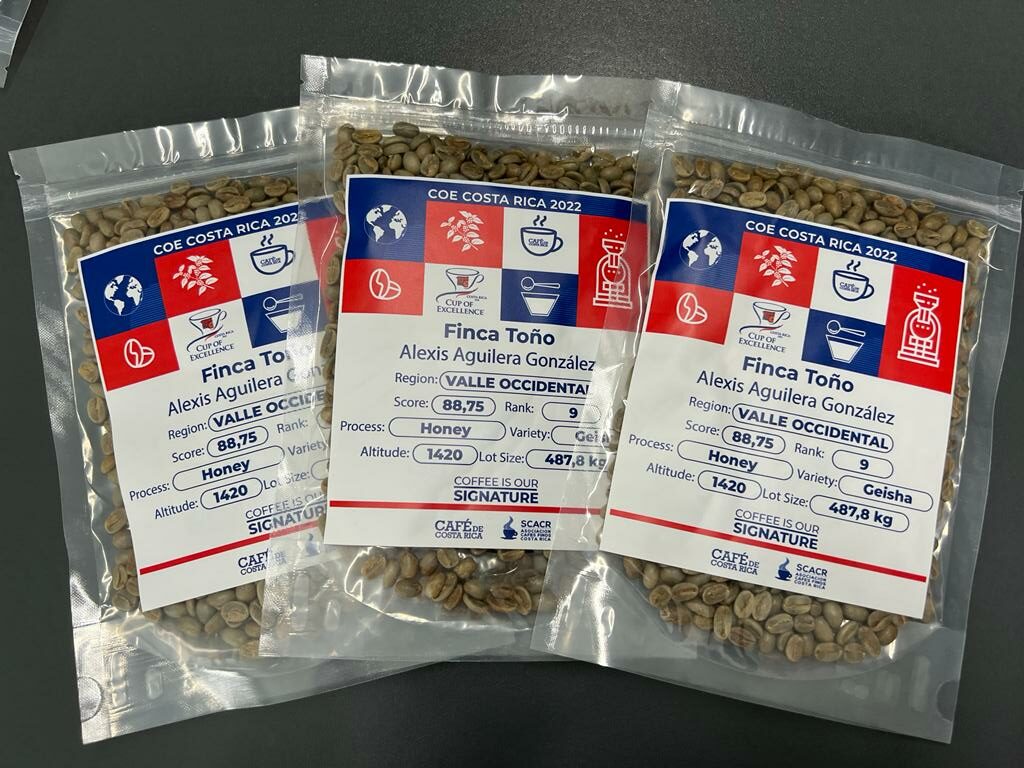 Twenty-two high-quality coffees from four different growing regions in Costa Rica were named Cup of Excellence winners at a ceremony last week. All the winning lots are moving on to an online auction on Thursday, Aug. 11.

Notable outcomes of the 15th iteration of the Costa Rica CoE green coffee competition include: three coffees reaching a score of more than 90 points, according to the international jury; a third first-place win for the farm Don Cayito, where a record-breaking lot produced in 2018 fetched more than $300 per pound; and a first time CoE top-three win originating from Costa Rica’s Pérez Zeledón region. 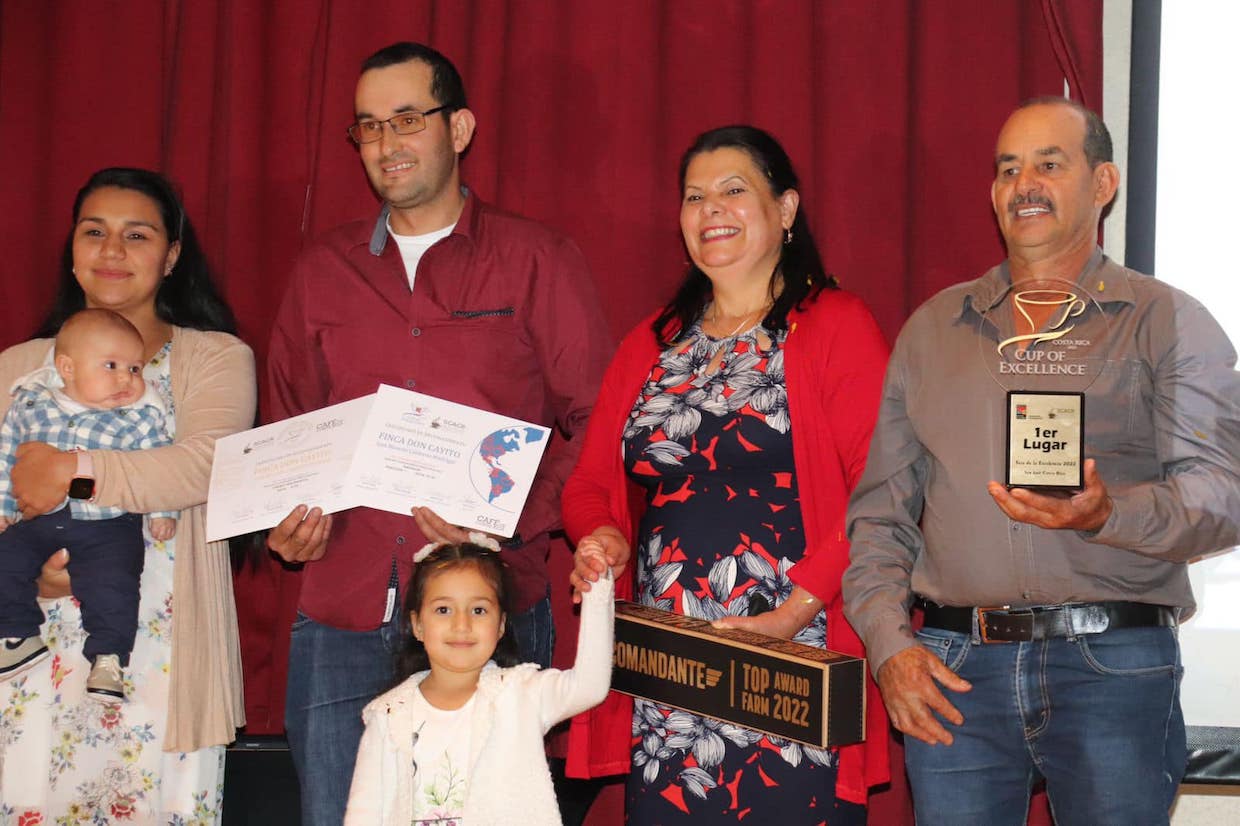 Family representatives of the winning farm, Don Cayito, which also won the top spot in 2011 and 2018.

From the Los Santos region, the Don Cayito winner produced by Luis Ricardo Calderon Madrigal, is a honey-process, Gesha-variety coffee that scored 91.08 points. The Don Cayito farm first took the top spot in the Costa Rica CoE in 2011.

The Pérez Zeledón third-place winner is a Millenium (a.k.a. Milenio) variety subjected to anaerobic fermentation processing that was produced by John Alvarado Abarca at Finca Los Toños. It scored 90 points even.

Auction registration and a complete list of winners can be found through the Alliance for Coffee Excellence website.

Hi i was recently in Costa Rica how can i get more Don Cayito medium roast?
Black bag gold letters it was amazing!