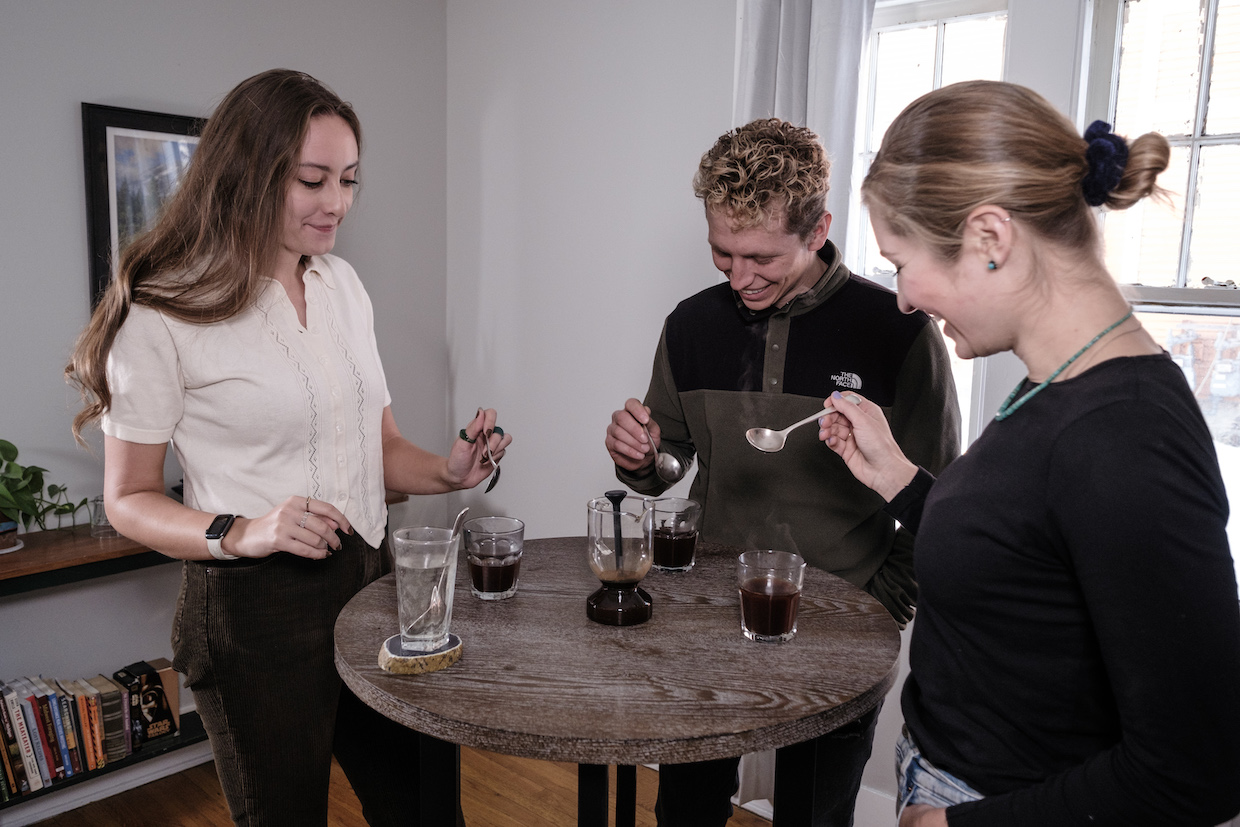 The Cupping Brewer has been reintroduced with new branding, upgraded materials and a standalone website.

Appropriate for coffee professionals seeking to savor what they may find at the cupping table, the device is also aimed at the growing number of home coffee roasters and aficionados.

“Every coffee has a best way to brew that coffee because of its chemical makeup. Sometimes you find that on the cupping table,” Taves, who first publicized the device through a 2015 Kickstarter campaign, told Daily Coffee News. “Coming up on 20 years in coffee, I would find those coffees from time to time and it would be disappointing because I got a few spoonfuls of that, and that was it.” 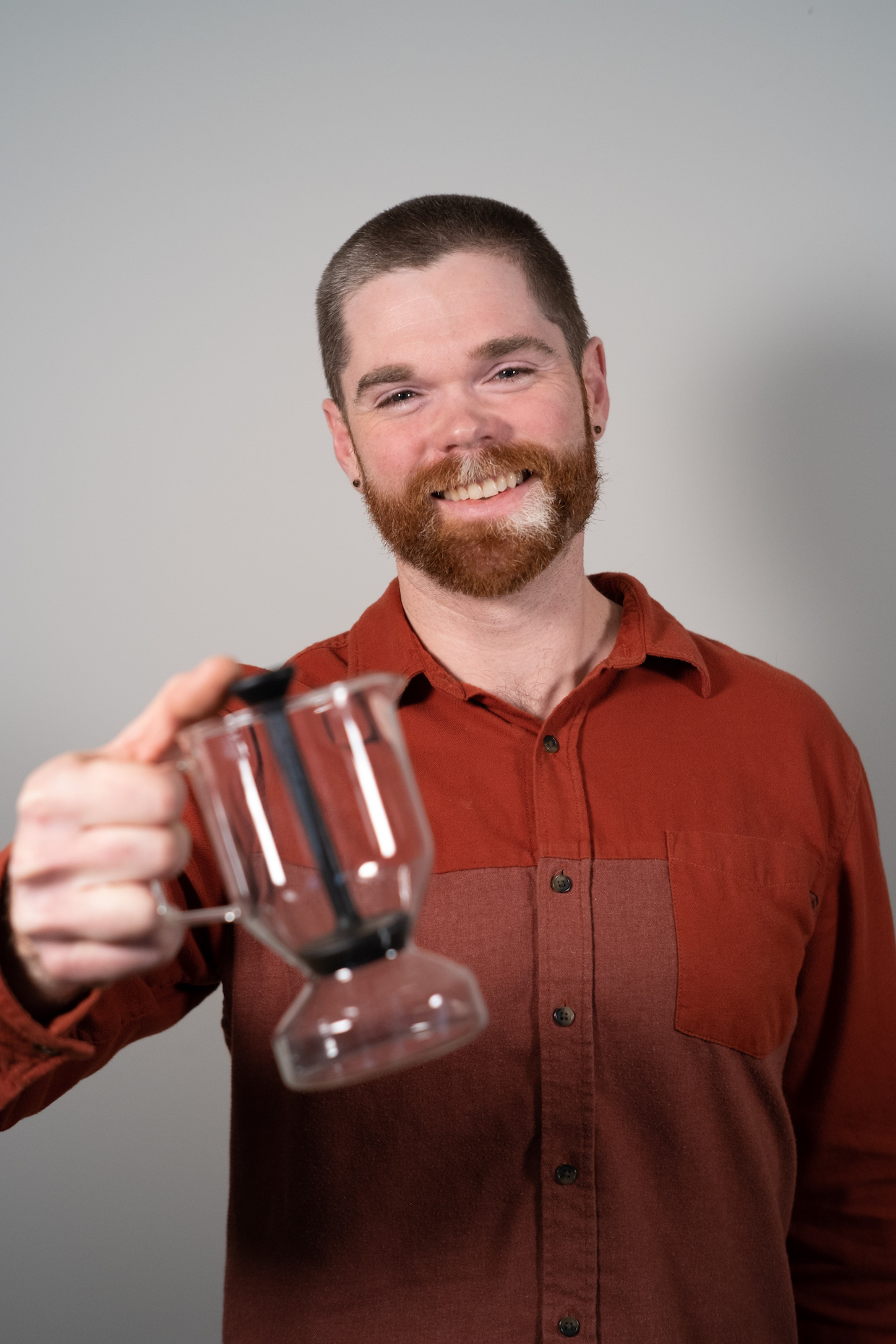 Recommended use of the brewer mirrors a traditional cupping procedure, but with a scaled-up brewing ratio. Users are instructed to add 500 ml of water to 30 grams of coffee, wait four minutes, break the crust, savor the aroma, then skim the surface clean.

“I cup four days a week, sometimes five days a week. I understand the value in the traditional cupping method,” said Taves, who is also the head of business development for Stovetop Coffee Roasters in Grand Rapids, Michigan. “I didn’t want to try and reinvent the wheel. I just wanted to make the wheel better.”

The only procedural deviation from traditional cupping comes through the insertion of a stopper that seals the grounds into the brewer’s bottom chamber.

This not only keeps grounds from flowing into drinkers’ cups but also prevents the additional extraction as turbulence is created during lifting and pouring.

“You don’t want to pick the cup up from the table in a traditional cupping, which is a lot of the problem I’m trying to solve,” said Taves. “Not just because you’re going to stir up the grounds and get them in your mouth. The grounds have settled, and that, for all intents and purposes, stops the brewing process because there’s no more movement of the liquid in and out of the grounds… In the Cupping Brewer it’s the same thing, and in a lot of ways you could argue it’s better because you are totally sealing off those grounds from the drinkable portion.” 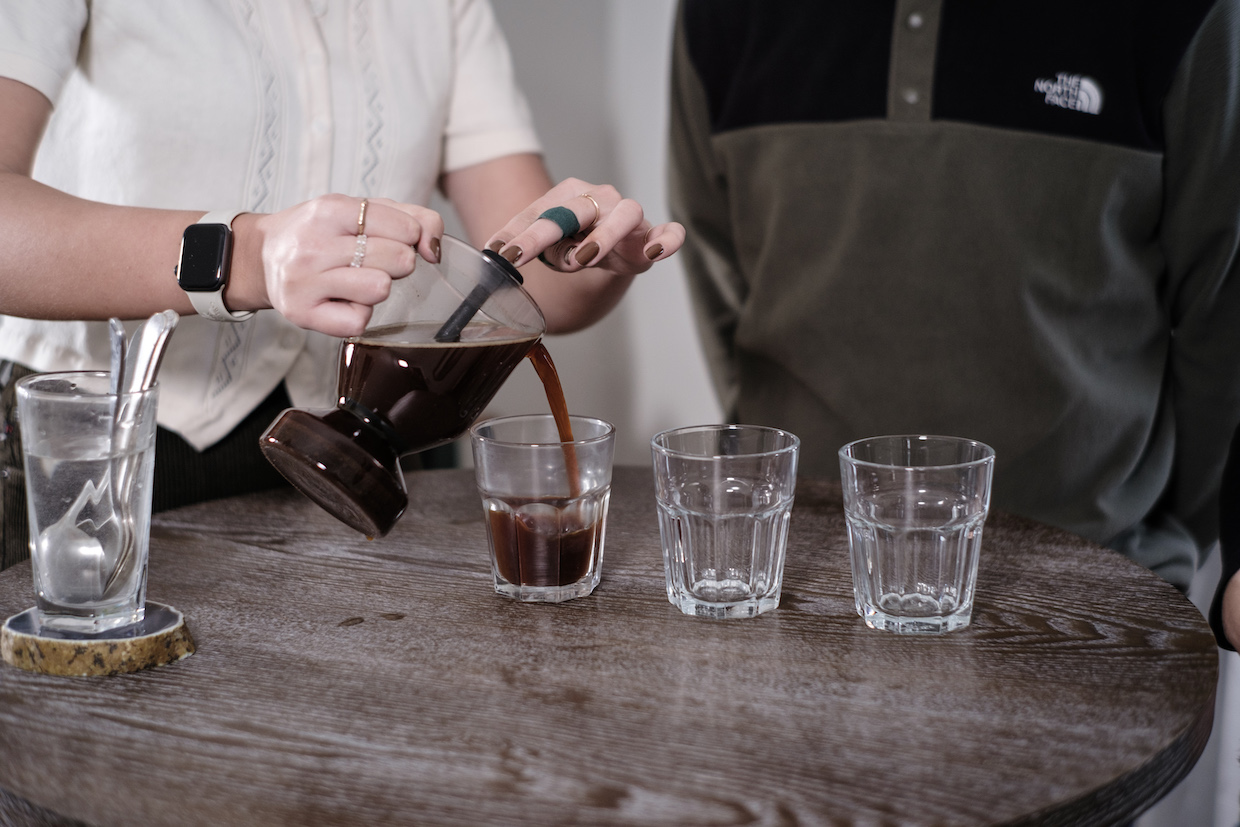 For the relaunch, the stopper is now a single piece, as opposed to multiple parts. A higher-quality rubber also forms a more durable seal at the base of the brewer, according to Taves.

The size, shape and glass construction of the Cupping Brewer are unchanged, as is its $40 price tag and continued availability through the Rattleware catalog. Sales are also now conducted directly through the brand’s own web store.

The grounds have settled, and that, for all intents and purposes, stops the brewing process because there’s no more movement of the liquid in and out of the grounds…

Not so at all. IN that vessel we have heat differentials from one part to another, and this drives water movement. Anyone who brews in a french press knows to get the coffee OFF the grounds bed within a few minutes, as brewing DOES continue, although at a slower rate once the screen is plunged. Same thing happens when brewing tea in a classic teapot. Use a basket or strainer to remove the ta leaves after the specified brew time else the tea gets unacceptibly bitter. This is one signficant reason I never spend the additional money to purchase any thermal type brewer that leaves the grounds in direct contact with the brew water.
The one nar-exception of which i am aware is the Espro presses which have the filter on a near-horizontal plane and very nearly seals them off from contact with the brew water.

This does look like an interesting concept as it does address the issue of continued long contact of the brew water with the immersed grounds. It is a rare coffee indeed that remains drinkable in the standard cupping protocol until it cools to lukewarm. I rmember maybe half a dozen like this.. And I bought every one of them that was on offer.

This is just wrong.