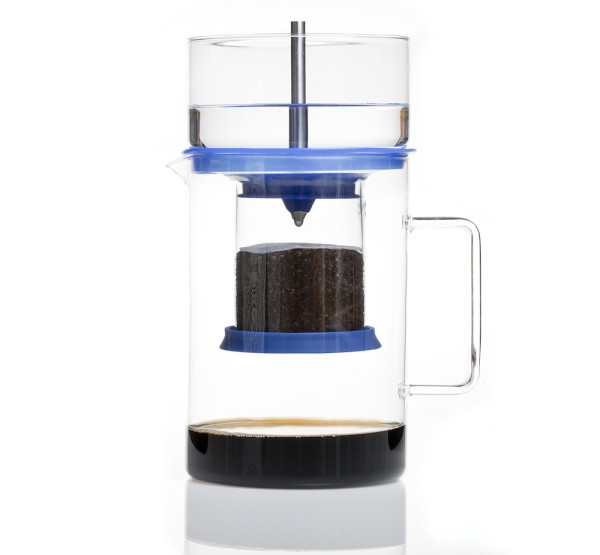 When we first reported on the Cold Bruer, an adjustable-rate cold brew system designed by Santa Cruz, Calif., inventors Andy Clark and Gabe Herz, the project had raised more than $25,000 on Kickstarter, just shy of a $30,000 goal with time ticking.

(related: Specialty Coffee is Good in Sacramento, and These Roasters Want You to Know It)

Clark and Herz said they invented the Bruer after taking an interest in cold brewing, but not finding any systems that personally worked for them. It seems they were on to something. The Bruer Kickstarter exploded, raking in more than $193,000 from more than 3,000 backers, and the Bruer evolved from concept to reality.

Composed of a carafe, a brew tower and a reservoir for ice water with an adjustable valve, the Bruer’s capacity is a mere 24 ounces of water, making it impractical for most commercial applications. But dang it, it looks fun. Here, Sacramento’s Temple Coffee Roasters provides the first independent instructional video that they or I know of for using the Bruer. Starring Temple trainer and educator Cole Cuchna, the video is serious, visually clear and straightforward, as an instructional video ought to be: