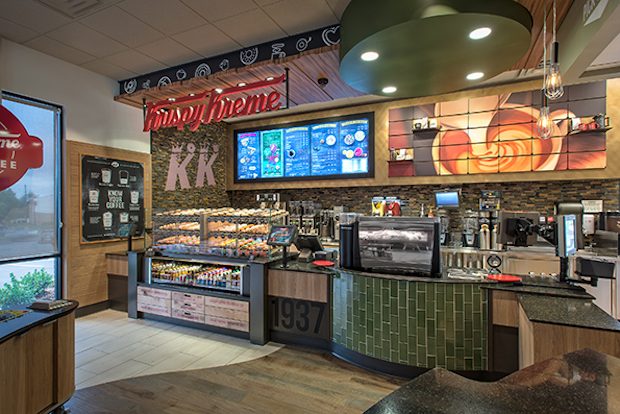 Coffee represents only about 5 percent of the doughnut-focused chain’s sales, according to sources in a Bloomberg report last year, but the company has been making concerted efforts to increase coffee sales. Earlier this year, the company unveiled a new prototype shop in Winston-Salem designed to encourage coffee sales, while giving employees the title of barista and introducing to-order grinding and manual espresso preparation for an expanded coffee menu.

Let’s see Krispy Kreme come out with a coffee donut!

I think purchasing more retail coffee houses would be a better idea for Jab if they want to increase their coffee presents. Donuts are their thing, and they should continue purchasing successful donut based businesses. However, they should start focusing a lot of their attention to coffee retail chains. These can be lucrative businesses that fit the company’s overall image, and can be an outlet for the company to test out new pastry based products locally before distributing them on a wide scale. People may not want coffee when they buy their donuts, but they are probably more like to buy donuts or pastries when buying coffee. It’s an idea.