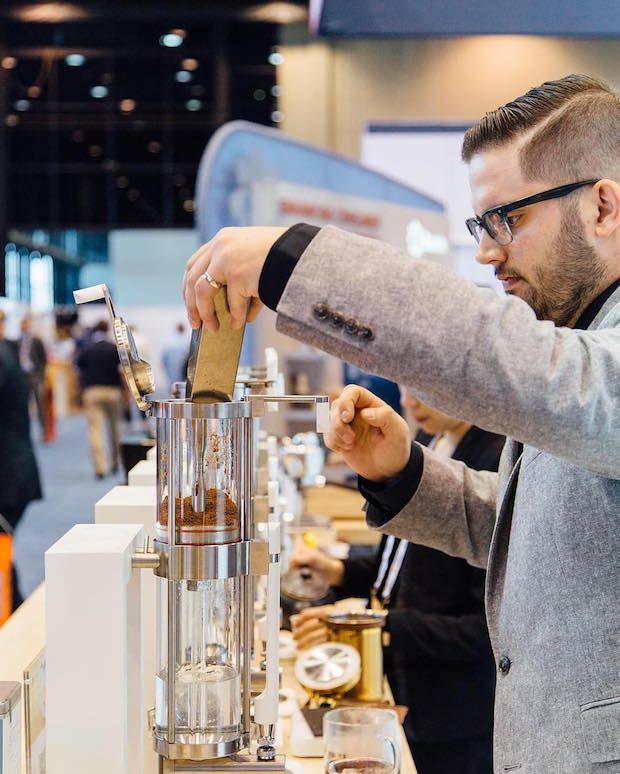 Alex Enzbigilis at the helm of a Steampunk. Photo by Prima Coffee Equipment.

Alpha Dominche burst onto the coffee equipment scene in 2012 when it introduced its Steampunk commercial coffee and tea brewer, and the company introduced its second major product — an immersion-based, visually engaging batch brewer called the Sight — earlier this year.

“I care about our customers deeply, and want them to experience the same joy I do when serving them the best coffee and tea they have ever tasted,” Enzbigilis said in an announcement issued by AD. “I want their guests to be wowed by our signature products, the Steampunk and Sight, and drawn to what is happening behind the cup.”