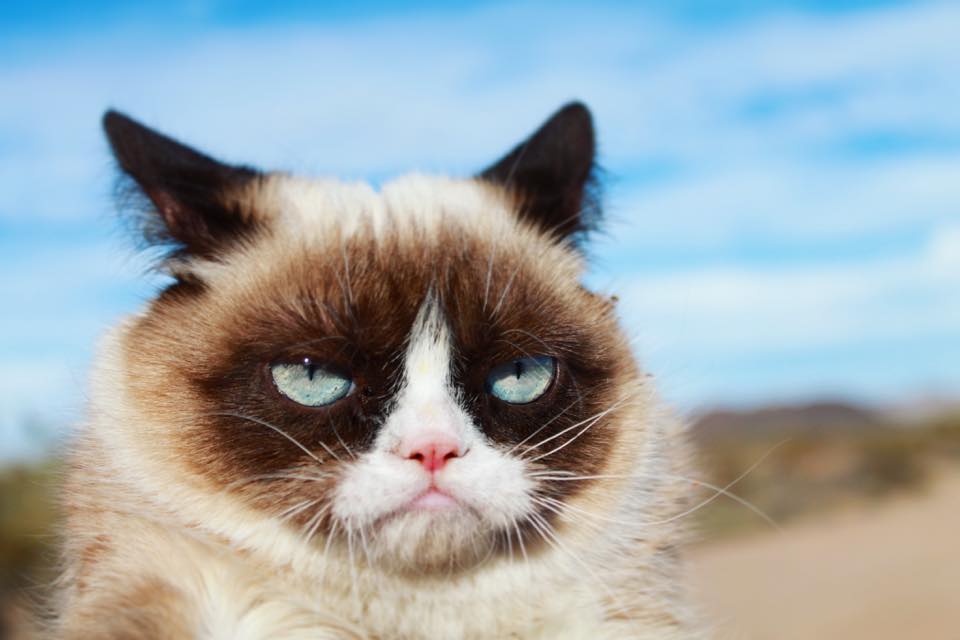 A lawsuit filed by the owners of the meme-famous Grumpy Cat — whose real name is Tardar Sauce — has shown its indemnification claws.

A California jury has awarded Grumpy Cat Limited $710,001 resulting from a 2015 lawsuit filed against Grenage Beverage, LLC, owned by Paul and Nick Sandford. The latter company had a licensing agreement with Grumpy Cat dating back to 2013 for a Grumpy Cat Grumpuccino line of RTD coffee drinks bearing a striking resemblance to the Starbucks bottled Frappuccino line.

Then, in 2015, Grenade launched a line of roasted, bagged coffees. The lawsuit said that Grumpy Cat’s name and likeness in the product line, along with usage of the grumpycat.com domain name violated trademarks and the previous licensing agreement.

“Ironically, while the world-famous feline Grumpy Cat and her valuable brand are most often invoked in a tongue-and-cheek fashion, Defendants’ despicable misconduct here has actually given Grumpy Cat and her owners something to be grumpy about,” the lawsuit stated.

Based on the flattened, dour-looking face of Tardar Sauce, who reportedly suffers from a form of dwarfism, The Grumpy Cat brand arose to viral popularity in the early part of this decade, capitalizing on numerous licensing and merchandising opportunities since.