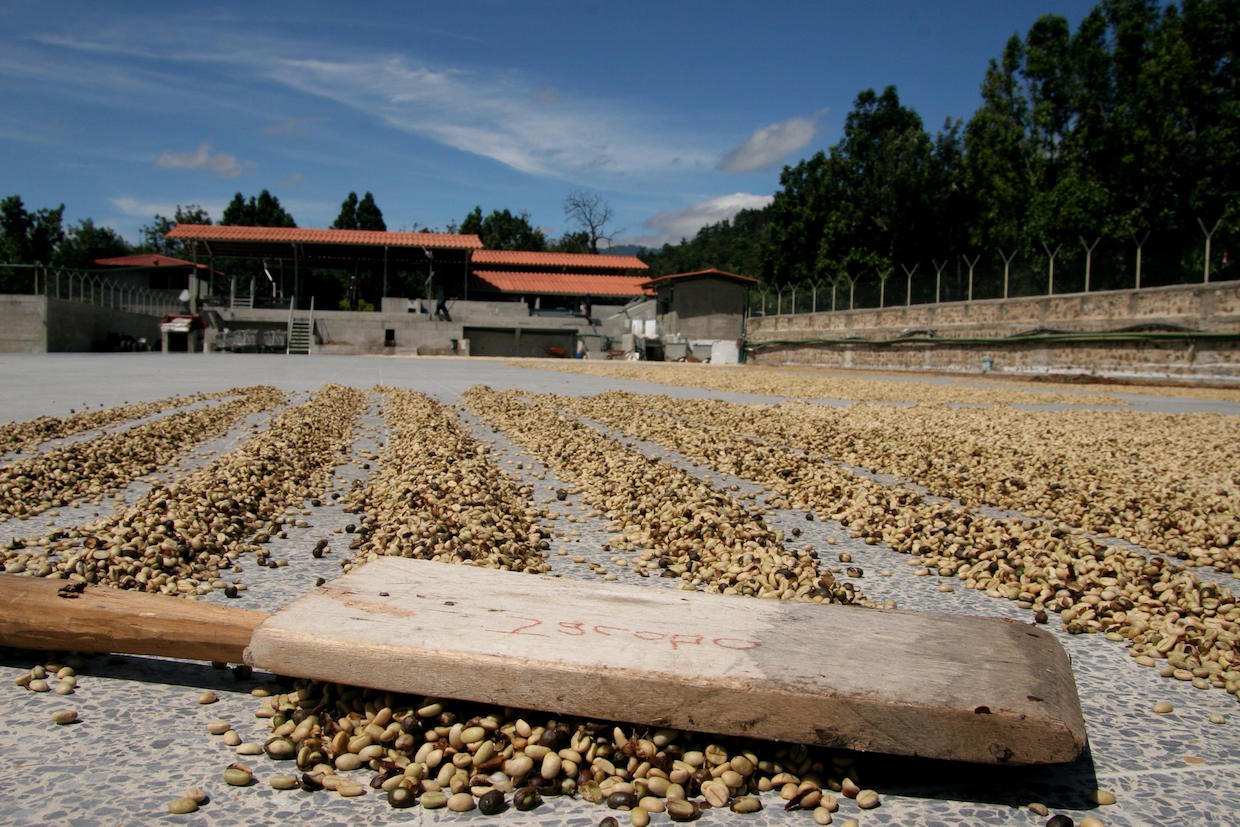 A drying bed at Finca Medina on the outskirts of Antigua, Guatemala. Photo license CC0.

While Guatemala continues to deliver some of the world’s most exquisite coffees from producers pioneering innovations in processing and variety selection, the country’s coffee sector as is still rebounding from the disastrous leaf rust (la roya) epidemic that hit hardest in 2012.

Increasing costs of production combined with consistently low prices in the international commodities market have been adding to these problems. For thousands of the country’s coffee farmers — particularly smallholders, who represent the vast majority of producers — costs continue to outpace earnings, forcing farmers to abandon coffee production altogether.

The latest annual report from the USDA’s Global Agriculture Information Network (GAIN) outlines these and other troubling market realities, while also suggesting recent marketing and organizational efforts from organizations such as producer association ANACAFE and continued success in the very high end of the premium quality market offer potential for positive growth. 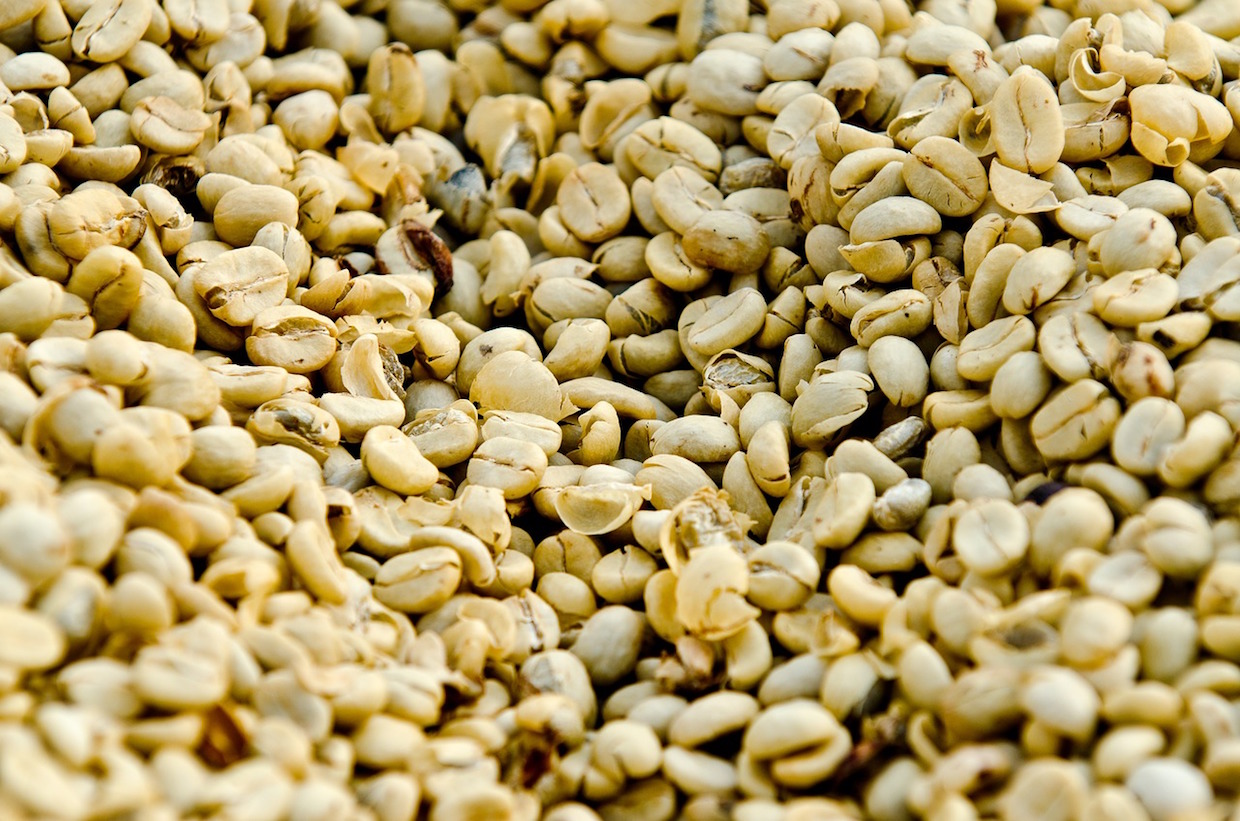 The leaf rust epidemic wiped out approximately 20 percent of the country’s planted coffee area beginning in 2011/2012, and GAIN estimates that after five years of subsequent decreases in planted area, newly planted areas with more disease-resistant varieties and cultivars will lead to a 9 percent increase in planted area country-wide in the 2019 market year.

Despite this, the report notes, “Farmers are struggling to remain in the market due to low prices.”

The farmers struggling most appear to be the smallholders, who represent 97 percent of the country’s coffee farmer population. The GAIN report shows huge discrepancies in production cost percentages between those smallholder farmers and large plantation producers, with smallholders often lacking infrastructure or resources to negotiate for lower-cost inputs. Percentage-wise, smallholders also are paying approximately twice as much for labor as large producers, while high minimum wage requirements relative to other large Central American coffee producing countries continue to drive up production costs throughout the sector.

Despite the challenges in the commodities market, Guatemala remains well-positioned in the higher-end specialty market, although that represents just a small sliver of the country’s coffee market overall.

Initiatives such as ANACAFE’s Guatemalan Coffees marketing campaign — which includes distinctions for eight different Guatemalan growing regions supplemented by an annual quality competition and awards program — as well as success at the very high end of international quality competitions such as Cup of Excellence have responded to and highlighted continued demand for Guatemalan specialty coffees.

Interesting the acknowledgement that minimum wage does have a measurable effect on costs, which seems to be ignored when we talk about minimum wages in the United States. That being said, I do hope we soon find an equilibrium that gives fair wages to coffee workers, and cuts out on unnecessary costs to also keep prices reasonable for the consumer. I’m also interested to see what effect diversity in the gene pool does for disease resistance in these large coffee producing areas

Nick,
I’m not certain this will measure up to a story idea or feedback, but here goes…
I am James Mitchell from Newport RI. As chef in a local restaurant I employ a Gutemalan coffee plantation owner, his wife is running the farm. Jose has a single origin-high altitude crop being harvested now. Jose has asked for my assist in locating a buyer in US to import some green beans.
Maybe a story here after-all…we’ll see how this works out…since I am not experienced with trade or commodity imports we are inclined to find a single buyer to purchase FOB (warehouse) Guatemala.
I have managed to raise some interest from some merchants in New England, but would like to introduce samples to more. The two major challenges I’m inquiring about…if you will; are narrowing my search to whom to contact that has that particular capacity and purchasing expertise. Additionally, where to begin pricing the product.
Jose currently has @20,000 lbs in his warehouse.
How do I determine the price per pound assuming it is loaded FOB at his location?

Any feedback is greatly appreciated, and worth dinner on me at your next visit to Newport; at the acclaimed Midtown Oyster Bar.

I’m not a socialist, nor hold atheistic/communist ideologies about how societies should operate within relationship to government. considering the us gov’t has already legislated minimum requirements for wage earners, their hands have already been fumbling through the business of private sector economy. yes raising the minimum wage will add additional costs to businesses….how much remains to be seen. but unlike third world country economic systems, the american economy has proven to be resilient throughout the years and has a knack for market correction. so i don’t think the comparison is quite equal. i say raise the wage to $15…there’s so much more to this than hard numbers…it involves the human psyche and will to succeed….for both the wage earner AND the employer! god bless. maga. kag and on and on….also, what we don’t need to become is a high tech welfare state. along the lines of politics, an increase in small scale coffee farm failure in central america means an increase in migration to the american border. so yes, we need to build the wall.