Trinity Coffee Lightens Up With the Trinity Zero Brewer 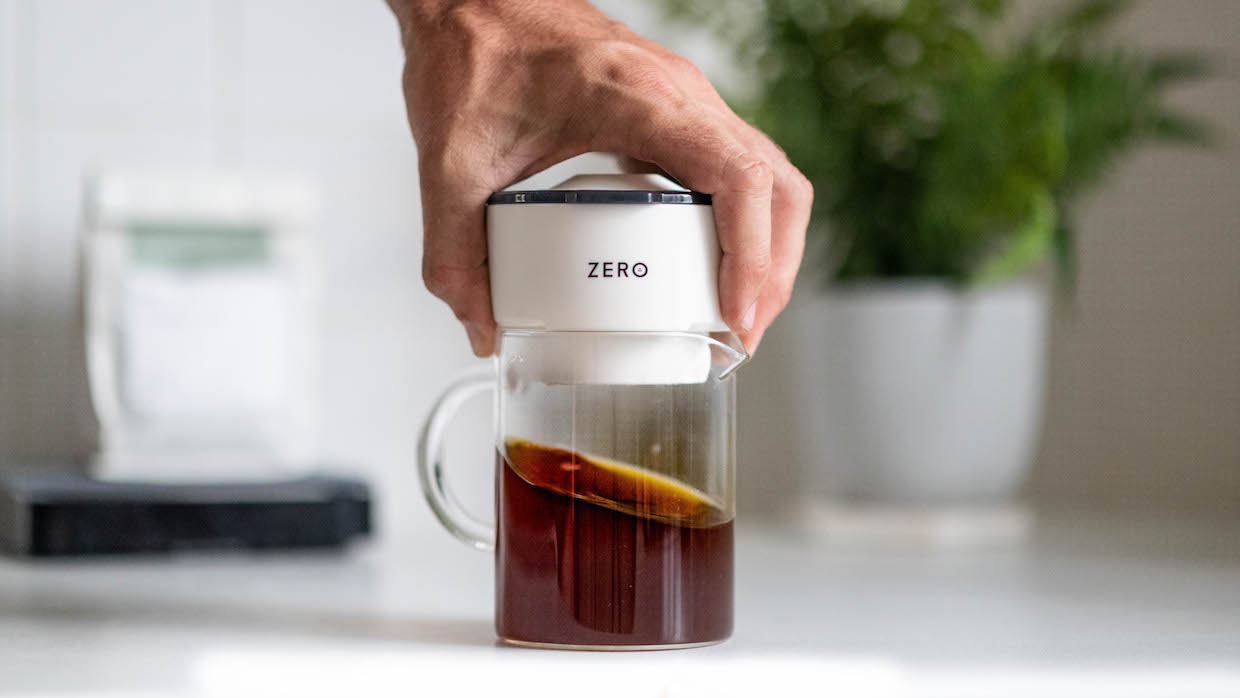 The Trinity Zero brewer positioned above a glass carafe. All images courtesy of Trinity Coffee.

The Australia-based maker of the Trinity One brewer Trinity Coffee has a new pared-down, low-impact brewer in production called the Trinity Zero.

The palm-size, thumb-pressured brewer makes what company founder and director Mark Folker describes as a happy medium between espresso and drip.

“I like to think of the Trinity Zero as a hybrid style of coffee brewing,” Folker told Daily Coffee News. “It’s not trying to be another portable espresso maker, and it also is not your usual filter coffee maker. It’s kind of the best of both worlds.” 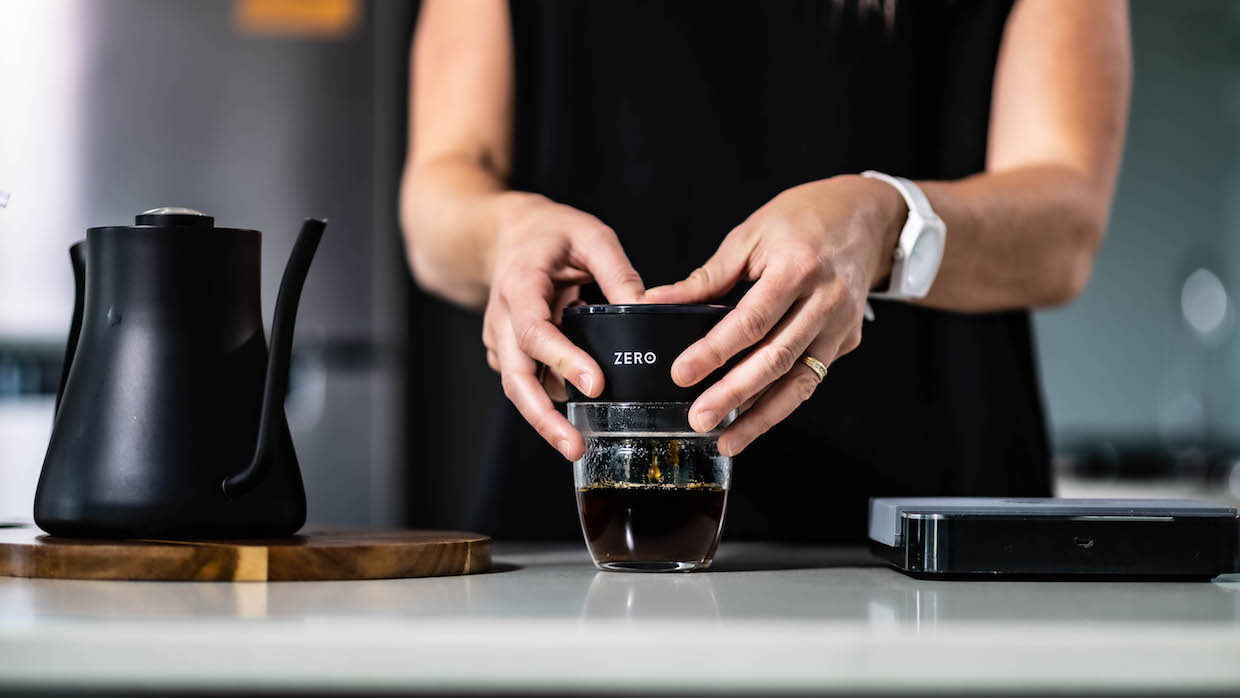 In addition to portability, the brewer’s small size is also the result of environmentalist design and business principles that are part of the company’s #TowardsZero campaign. With the Zero brewer, the aim is for a quality brew while consuming as little material as possible, as well as discouraging any additional single-use components.

The brewer’s 150-micron stainless steel filter comes molded permanently inside a recyclable, BPA-free polypropylene body as the default filtration method, and the entire brewer weighs only 116 grams, according to the company.

“This is great for travel and portability, but it also means that only around roughly 30-40% of the material is consumed, by volume, to produce the Zero when compared to other press devices,” said Folker. “We think it’s a good idea to start off with a product that is consuming less material to begin with, before you even open the box.” 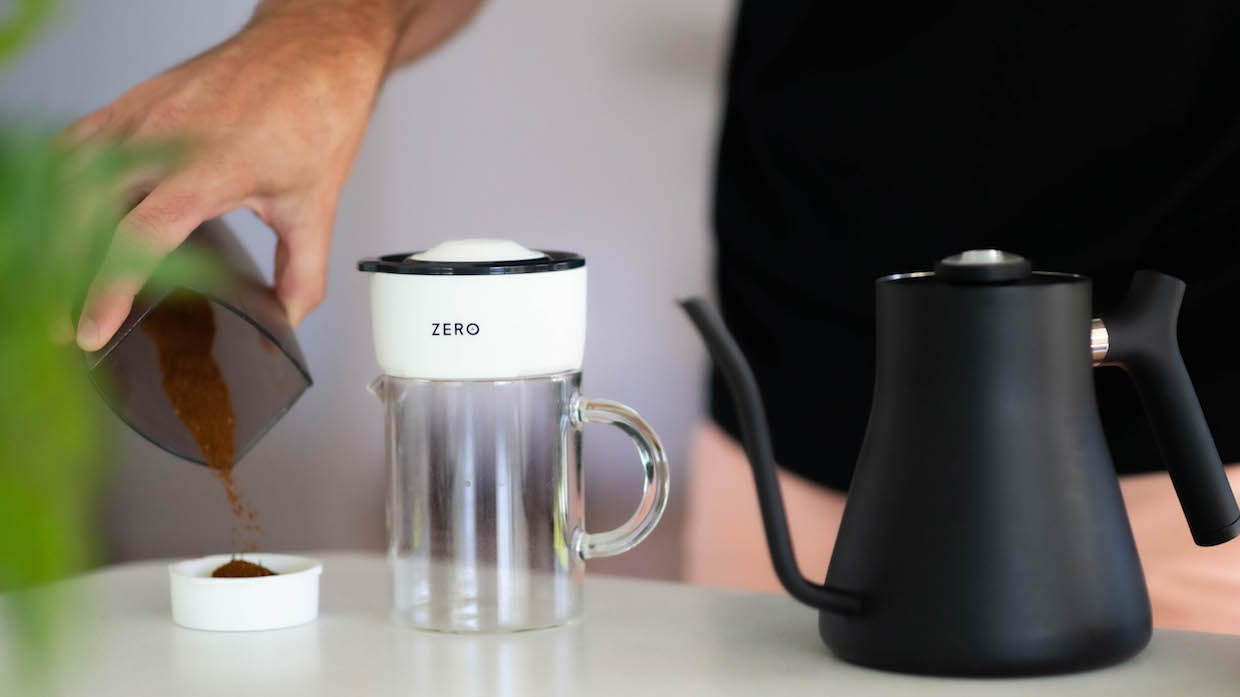 To brew with the Trinity Zero, users add coffee to a capsule that bears some similarity to an espresso basket in the way it locks into water chamber. A layer of silicone serves as a sort of diffusion screen between the water chamber and the coffee, so that as users add water to a designated fill line then seal it with the lid, water trickles through holes roughly 1 millimeter in diameter to pre-infuse the coffee. After allowing a few seconds for that pre-infusion process, users then begin pressing on a the silicone “pump” on the lid, pressurizing both chambers, adding more fresh water to the coffee while also forcing liquid though until it has all passed. The entire process takes around a dozen pumps and roughly 60 seconds, per the company’s recommendations.

“The Trinity Zero is actually very unique in its functional features, and we’ve been able to secure a patent for it,” said Folker. “The diaphragm pump mechanism is a unique way to generate pressure, enough for a coffee concentrate that isn’t espresso, but it is not filter either. It’s around 4% TDS and provides you with 80-ml concentrate.” 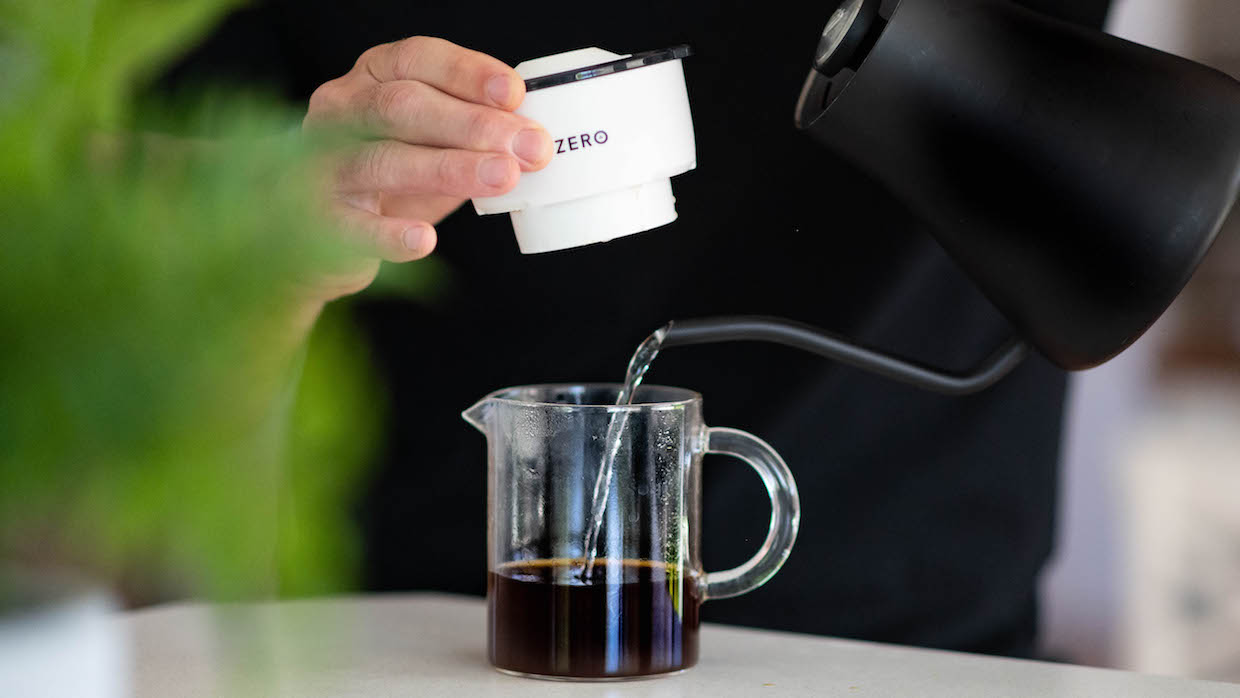 Folker suggests users either dilute the concentrate with additional hot water for a drip-like brew up to 8 ounces, add milk for a stronger drink at a 1:1 ratio, or take it their own way. For greater cup clarity, users can incorporate a paper filter, since the dimensions are similar to the Trinity One brewer that accepts any Aeropress-compatible filter.

A Kickstarter campaign to boost Trinity Zero production has generated about USD$22,000 with nine days to go, as of this writing. Orders are expected to begin shipping in January of 2021, and the brewer is expected to sell for roughly USD$40.

Trinity’s sibling brand that was also founded by Folker, Delter Coffee, will soon begin shipping its Cold Drip brewer, and Folker said additional Delter products are in the pipeline for 2021. 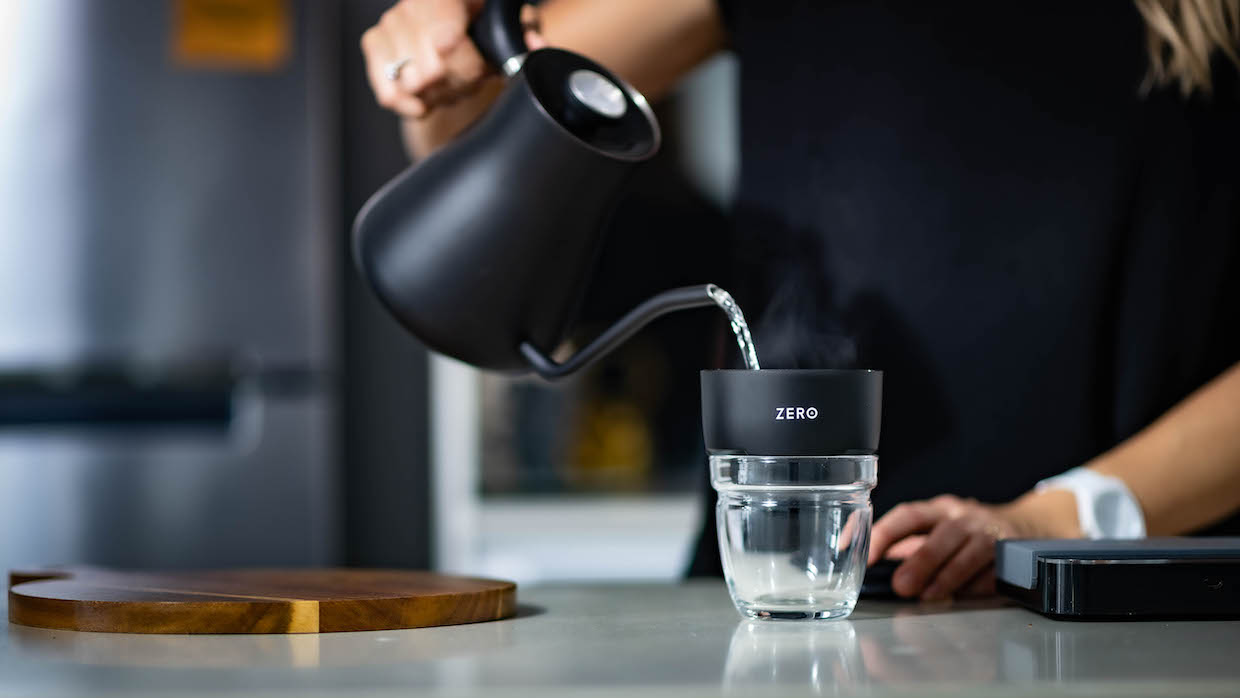 “Overall, we cannot complain at all,” Folker said of doing business during the pandemic era of 2020. “We cannot even begin to understand and describe the difficulties many of the front line hospitality workers and businesses have suffered this year. We are hoping for their sake that 2021 will rebound promptly and bring positive change for this industry.”