Hinterland Empire Plants its Flag in Portland, and All Are Welcome 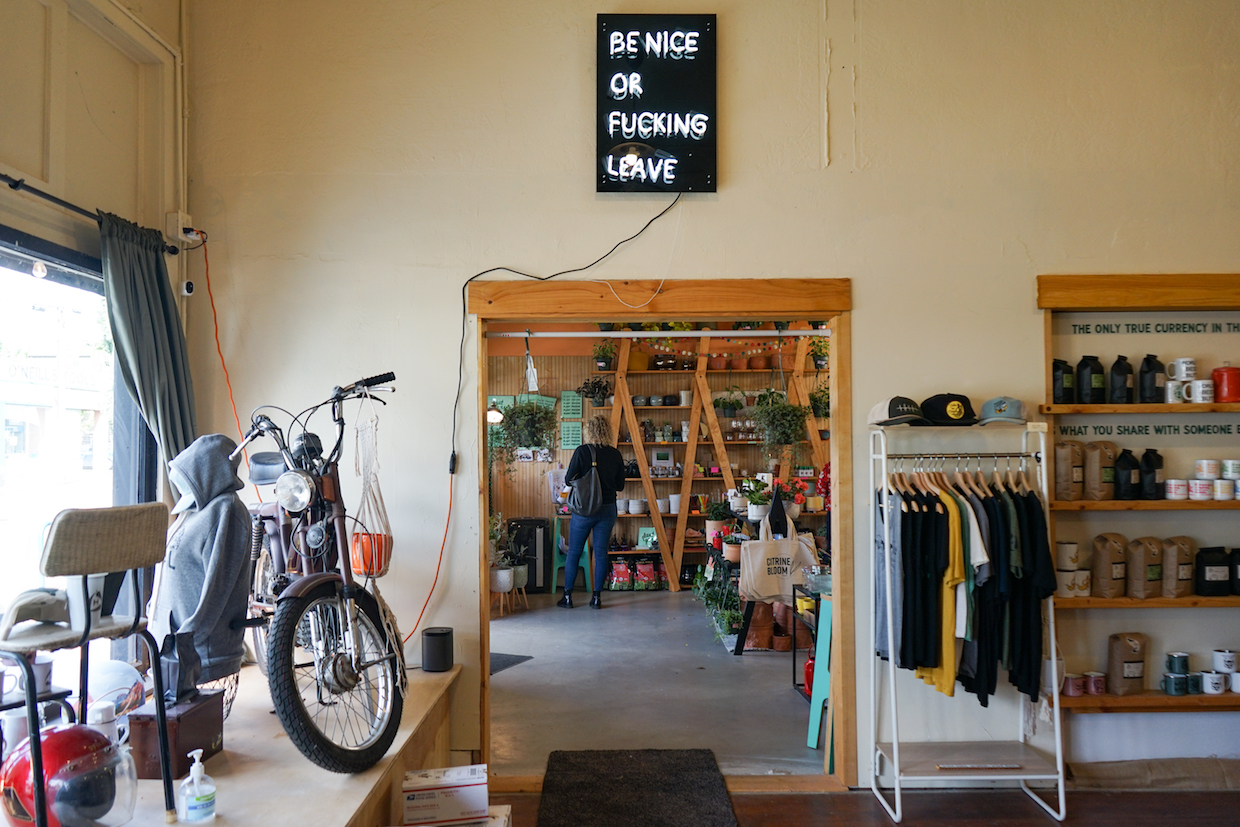 A “Be Nice or Fucking Leave” sign at the Hinterland Empire Portland store. Daily Coffee News photo by Howard Bryman.

Coffee roaster, design and apparel company Hinterland Empire has brought a welcome dose of rogue “old Portland” vibes back to the current-day Rose City with the opening of its Montavilla neighborhood store.

Pairing its earthy, eccentric and outspoken aesthetics with a no-nonsense passion for fresh-roasted coffee, the proudly queer-owned, woman-owned company transplanted from Northern California sells its beans, drip coffee, espresso and wares from a multifaceted production space. Retail sales also continue both online and at its original store in the Sonoma County town of Occidental. In Portland, customers are welcome to stroll the refinished original wood floors to browse apparel and other merchandise bearing creative original designs. One wall opens to Citrine Bloom, the plant and flower shop next door. Patio seating is in the works out back, while sidewalk seating is available now out front.

Hinterland Empire Founder and Roaster Trinia Jean has worked as a barista and manager at various coffee houses around the United States for almost two decades. After launching the screenprinting company and retail brand in Humboldt County, California, in 2013, Jean began roasting coffee about two years ago, learning largely on the fly. She now employs two Sonofresco fluid bed roasters in the Portland shop. 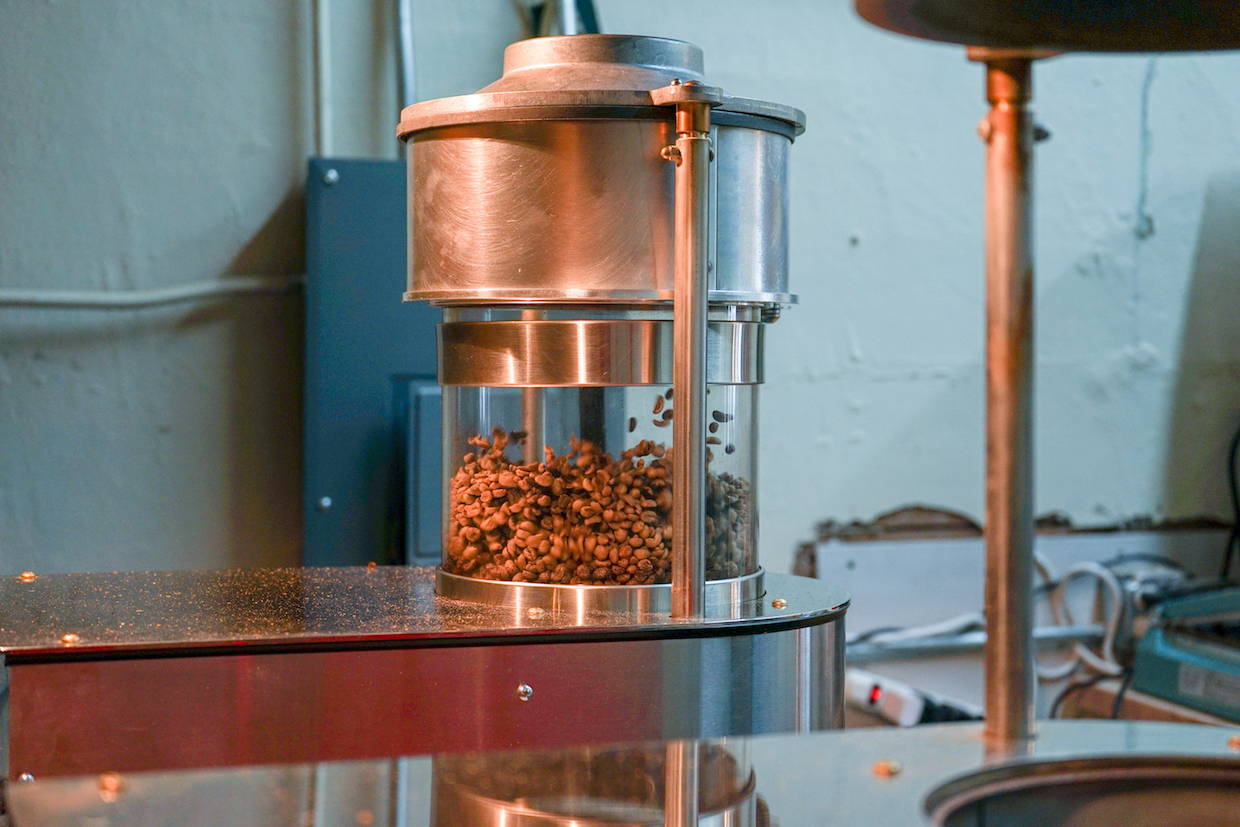 “As a queer person, as a woman, there doesn’t seem to be for me a lot of role models that I know in person, or at all, really,” Jean told Daily Coffee News. “We’re 100% winging it. We started [roasting] in a garage course, just playing around with the machine. We bought coffees from everywhere, a myriad of places, just to try. That was really fun.”

In recent weeks, fans of the brand have helped it surpass the $60,000 Kickstarter campaign goal that will allow the business to grow in Portland, while potentially purchasing the building it has been renting.

“We’ve been in here a year doing all this work on our dime, and we just fell in love with the space,” said Jean. “We’re learning about the history of the building, we’re crawling around the crawl spaces, finding all these cool little antique bottles and cans, little things people made, trash from when they fixed it up and cleaned it.”

The power of perspective that differentiates trash from treasure is a central tenet to Hinterland’s outsider artsiness. Slowly fixing up a neglected and strangely tinkered-with building strikes at the heart of that spirit, not unlike throwing a saddle over a giant banana slug, as a wild woman does in the company’s playful logo. 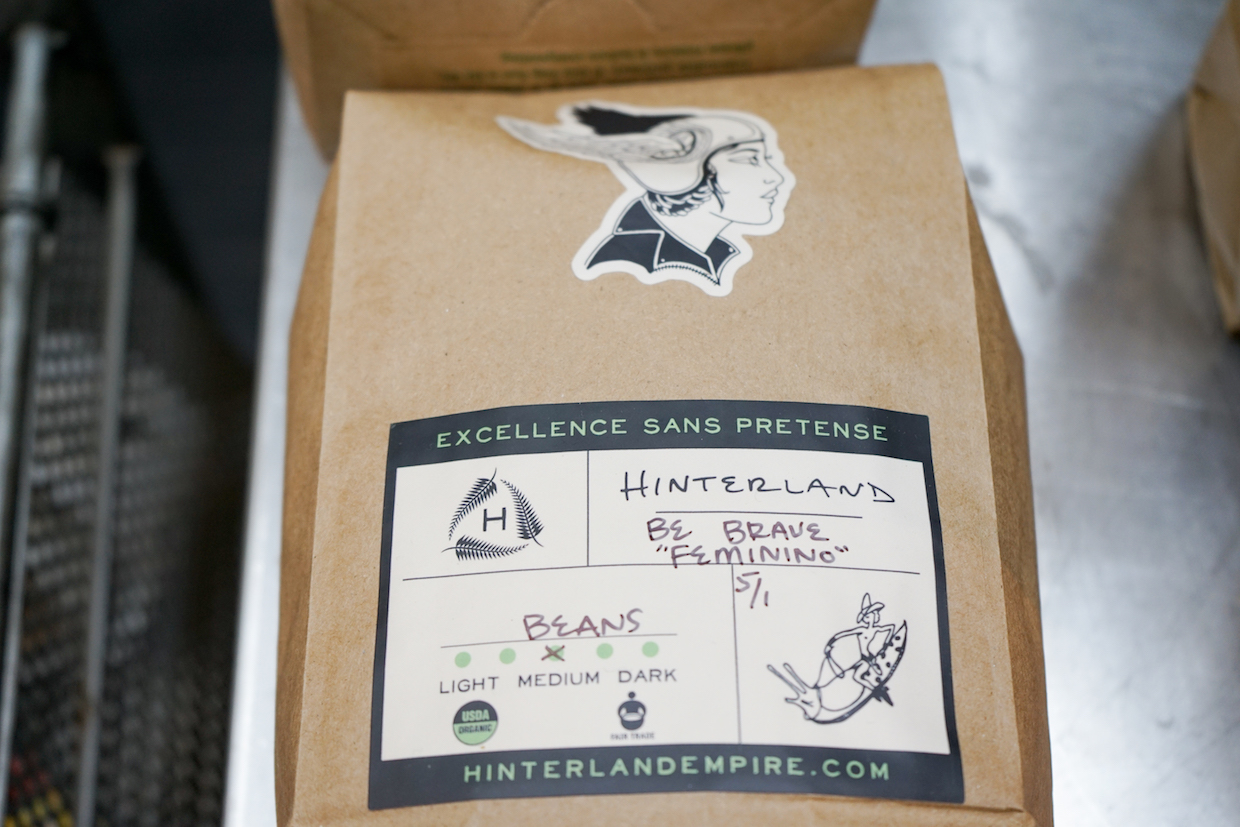 Alongside its carefully roasted single-origin and blended coffees sourced in a program that prioritizes women coffee growers, Hinterland also bags and sells Trash Panda Soup, an unscripted blend of perfectly good beans left over after other coffees are bagged in precise amounts. Cupping notes on the product’s web page indicate it is “trashy, divine, with a hint of cabbage and old boots.”

Jokes aside, the company’s mission of providing a creative and welcoming safe space for all — especially women, queer folks, people of color and anyone else on society’s margins — is serious. With the goal of purchasing its current building, Hinterland hopes to extend its “come as you are” warmth and “take it or leave it” style in perpetuity, one t-shirt or freshly brewed coffee at a time. 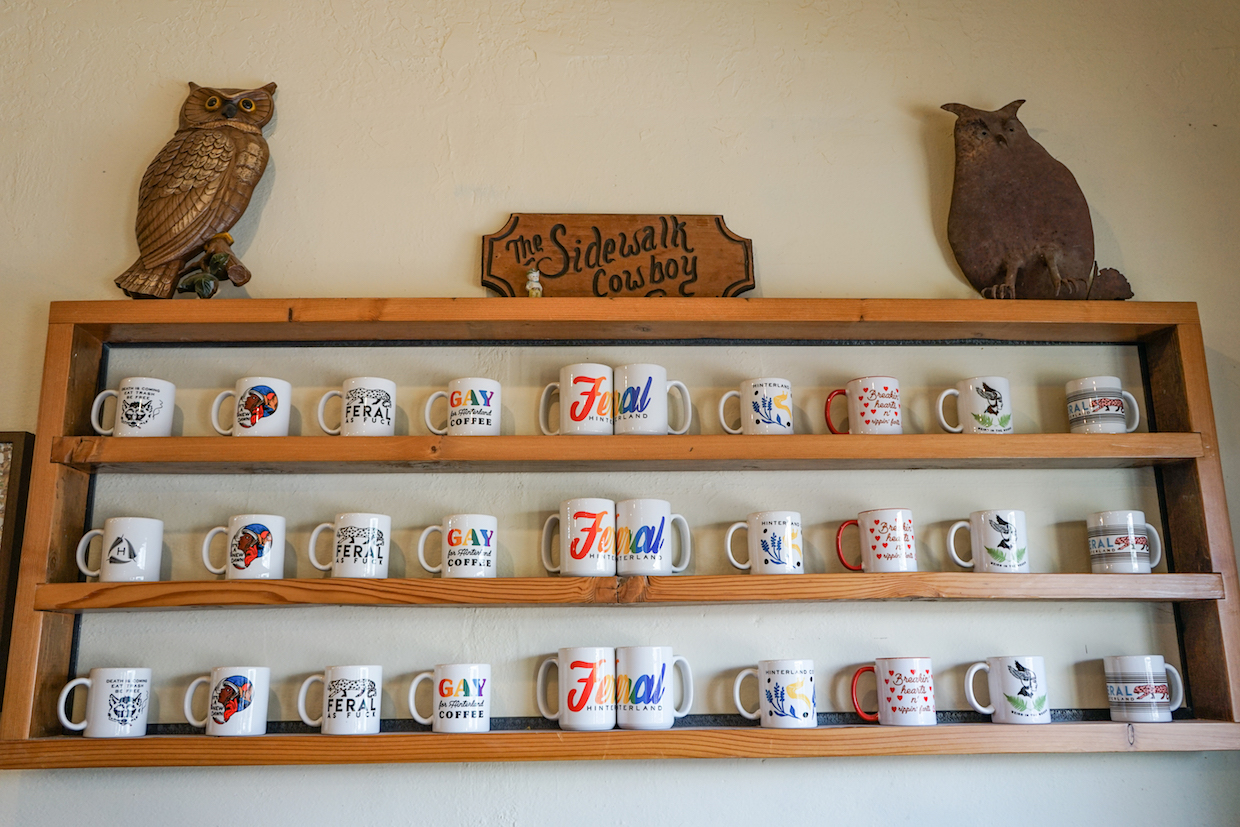 “I don’t see us doing high-volume anything, ever,” Jean said. “When you get to that point, your quality goes down or you just get too big that you lose control of what you’re doing. My future goal is to be employee-owned. I’m not trying to do anything exciting except for make a living.”

Hinterland Empire is open now at at 7112 NE Glisan St. in Portland. 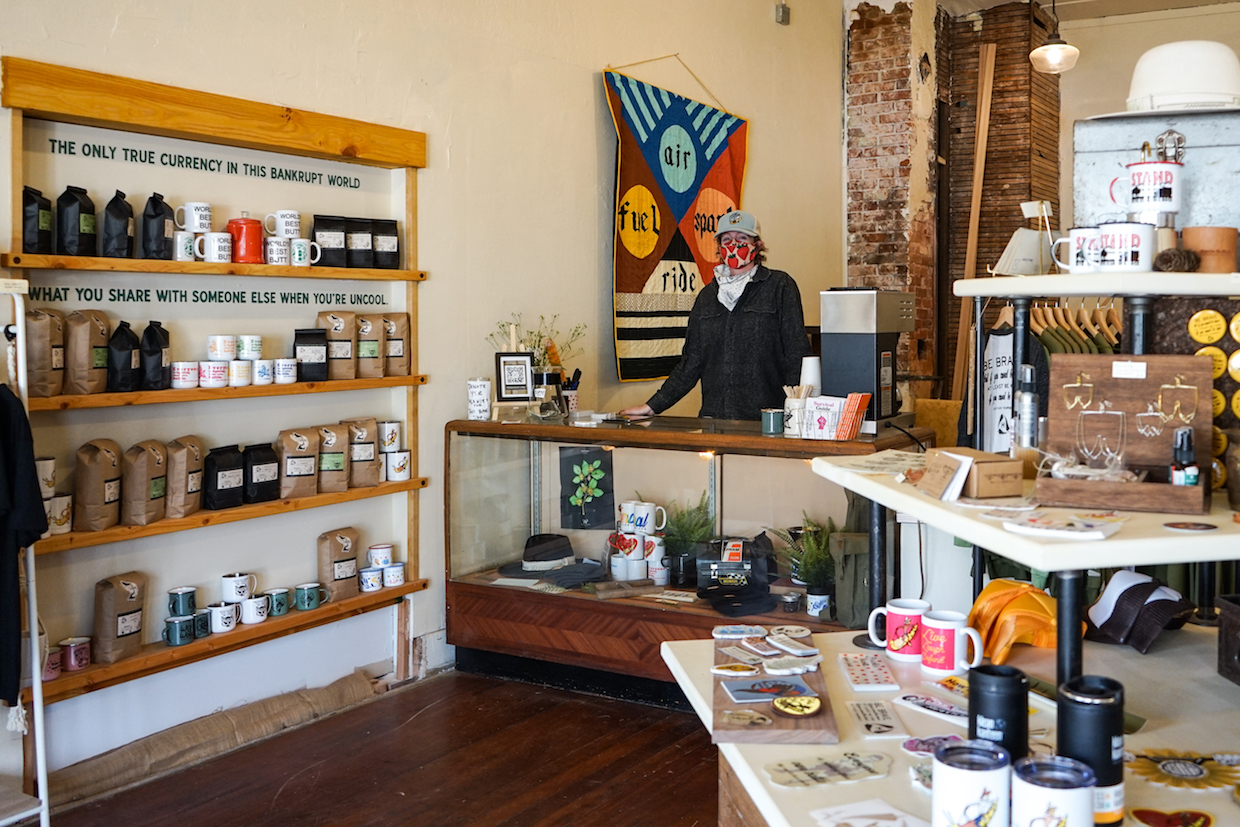