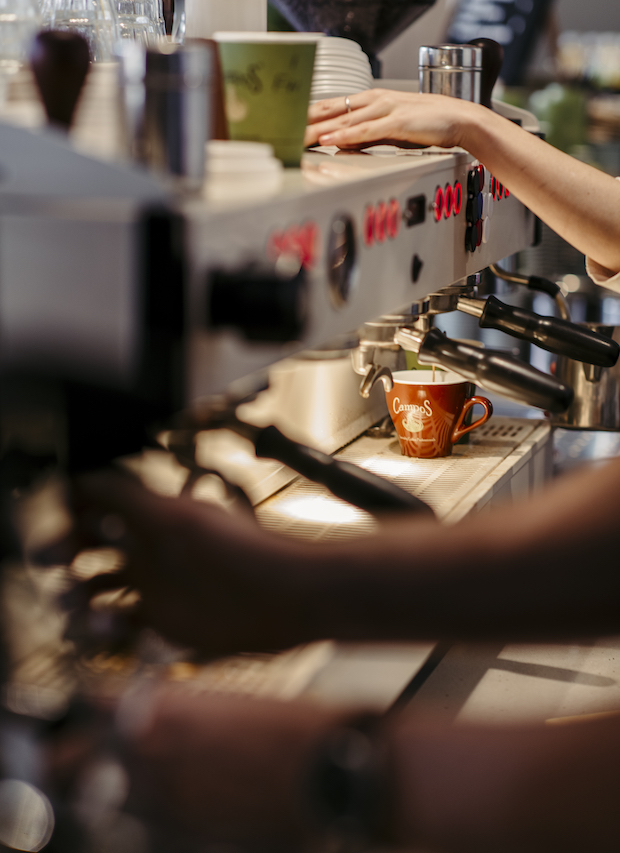 Meanwhile, citing an “ongoing period of challenging circumstances,” Campos Coffee’s North American business, Campos Coffee USA, has announced that it is ceasing all roasting and retail operations at the end of this month.

Financial terms of the acquisition have not been disclosed, although the transaction is expected to be completed sometime in July 2021, according to an announcement from publicly traded JDE Peet’s.

The company owns a broad range of major global brands, such as Jacobs, Douwe Egberts, Tassimo and Peet’s, with product lines in every major consumer category, including soluble (instant) coffee and single-serve disposable pods. Through its acquisition of Peet’s, the coffee giant also owns prominent U.S. brands Intelligentsia Coffee and Stumptown Coffee Roasters.

In terms of market segmentation, Campos Coffee most resembles those last two brands in the JDE Peet’s profile. Campos was started by pioneering coffee roaster Will Young in Sydney in 2002, eventually growing to supply coffees to some 600 wholesale locations and helping lead Australia’s quality-driven “Third Wave” coffee movement through numerous roasteries and branded cafes of its own.

“It’s because of your support that we’ve been able to share our love of great coffee in some of the best cafes and restaurants across Vancouver, Seattle, San Francisco and the rest of North America. We are especially grateful for your support over the last 12 months during what’s been such a difficult time for all of us,” a statement on the Campos Coffee U.S. site read. “This ongoing period of challenging circumstances has unfortunately prevented us from being able to continue a sustainable business in North America which led to this difficult decision.”