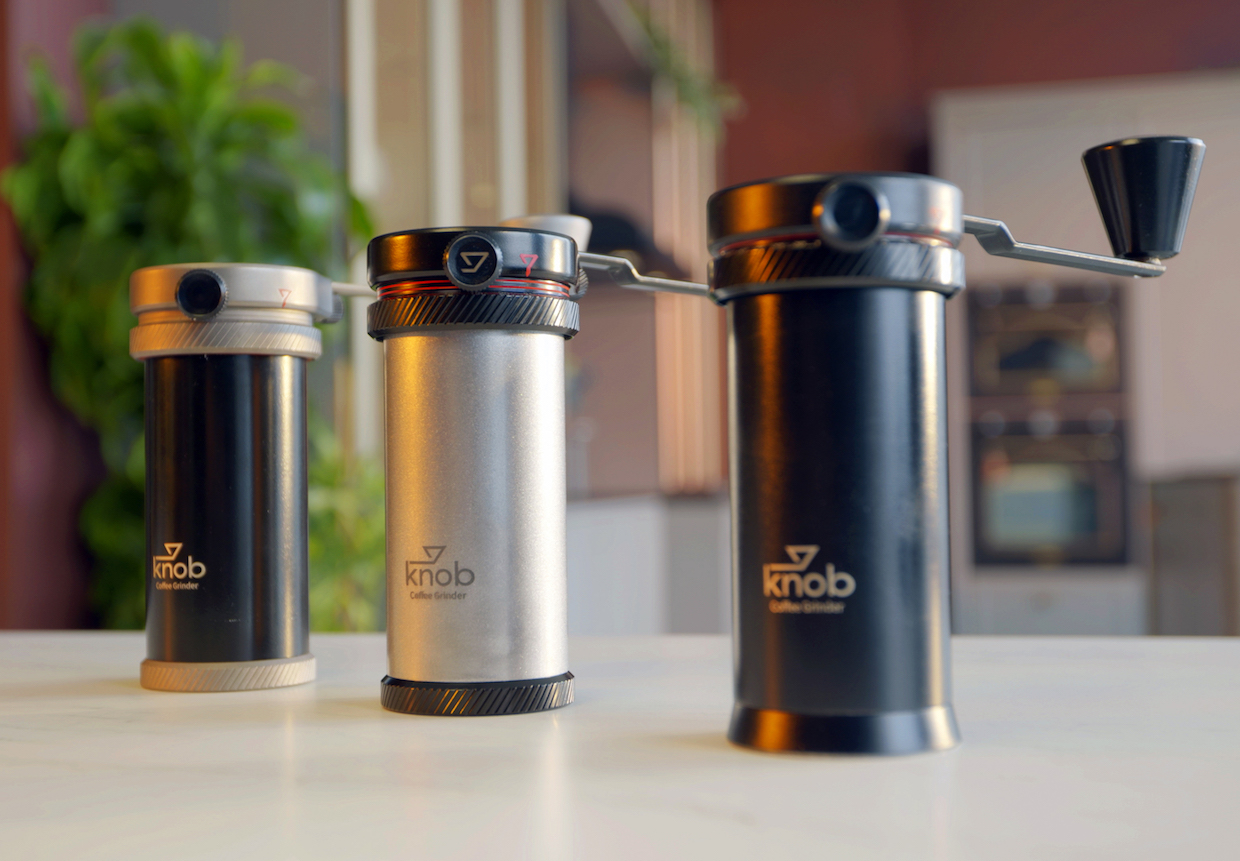 The Knob Coffee Grinder, which is currently making its way through Kickstarter. Images courtesy of Knob.

The rotating ring burr evolution has taken another turn with an axle-free manual coffee grinder called the Knob Coffee Grinder.

The makers of the device are currently rounding up pre-orders on Kickstarter, where more than $200,000 has been raised with a little over a week to go in the campaign.

The grinder was created by a Fairfax, Virginia-based team lead by industrial designer Ahmet Ergün and architect Yavuz Bozkurt. 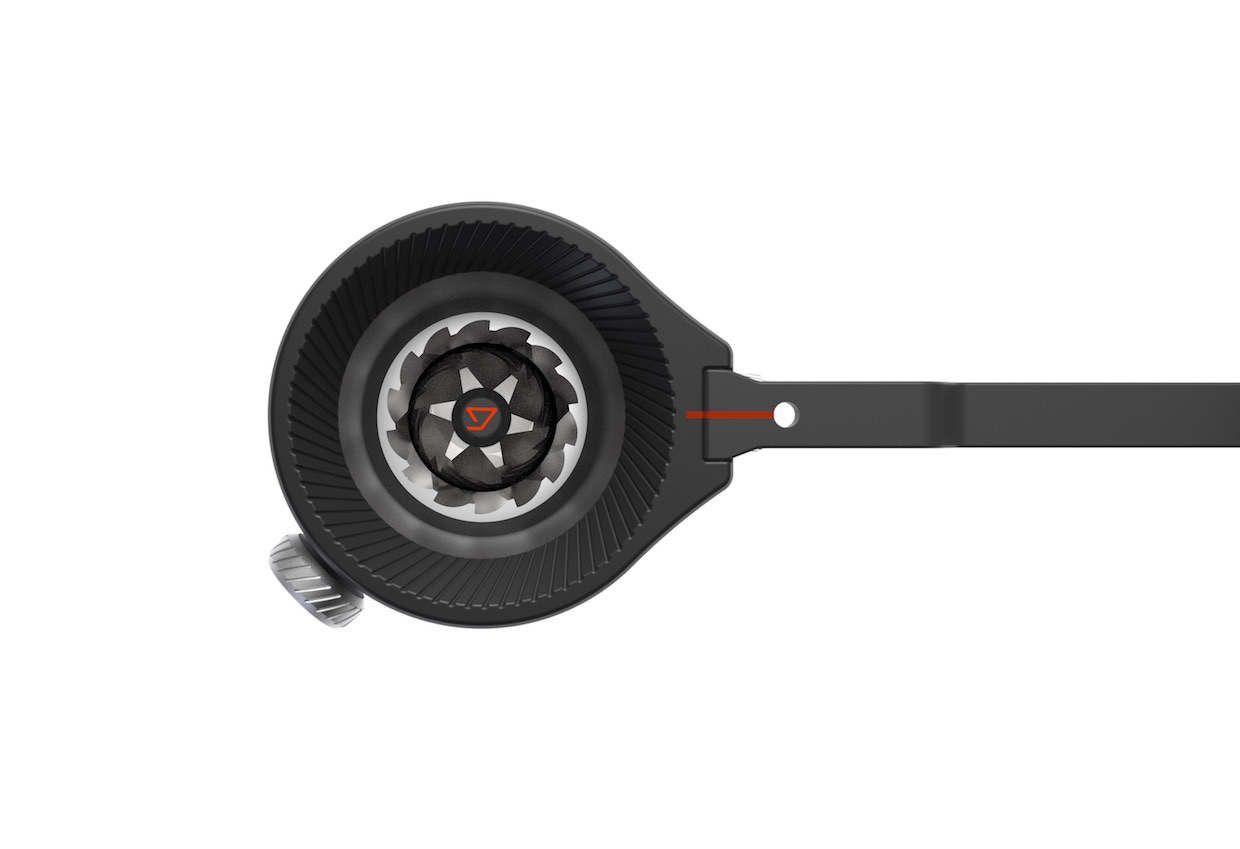 It centers on a conical burr set where the outer ring burr rotates while the inner cone burr remains fixed. Akin to the system designed by engineer Christian Etzinger and first brought to the electric grinder market by Baratza in its Sette mechanical grinder line, the Knob Grinder inverts conventional burr grinding action in which the inner cone burr is spun within a fixed outer cone burr.

“There are several premium hand grinders on the market and all of them have the same design with an axle,” Yavuz Bozkurt, professional architect and Knob Grinder lead engineer, told Daily Coffee News. “The main difference of the Knob grinder is kicking the axle out and giving all the space to the coffee beans.”

According to Bozkurt, the Knob avoids the potential manual grinder pitfall of axle wobble that results in an inconsistent grind. It also allows users to clean the grinder with a brush without entirely disassembling it.

“You will never have a risk of losing the washer, spring, etc. of your grinder,” said Bozkurt. “The other useful feature is grind coarseness adjusting can be made outside of the grinder with a high resolution.” 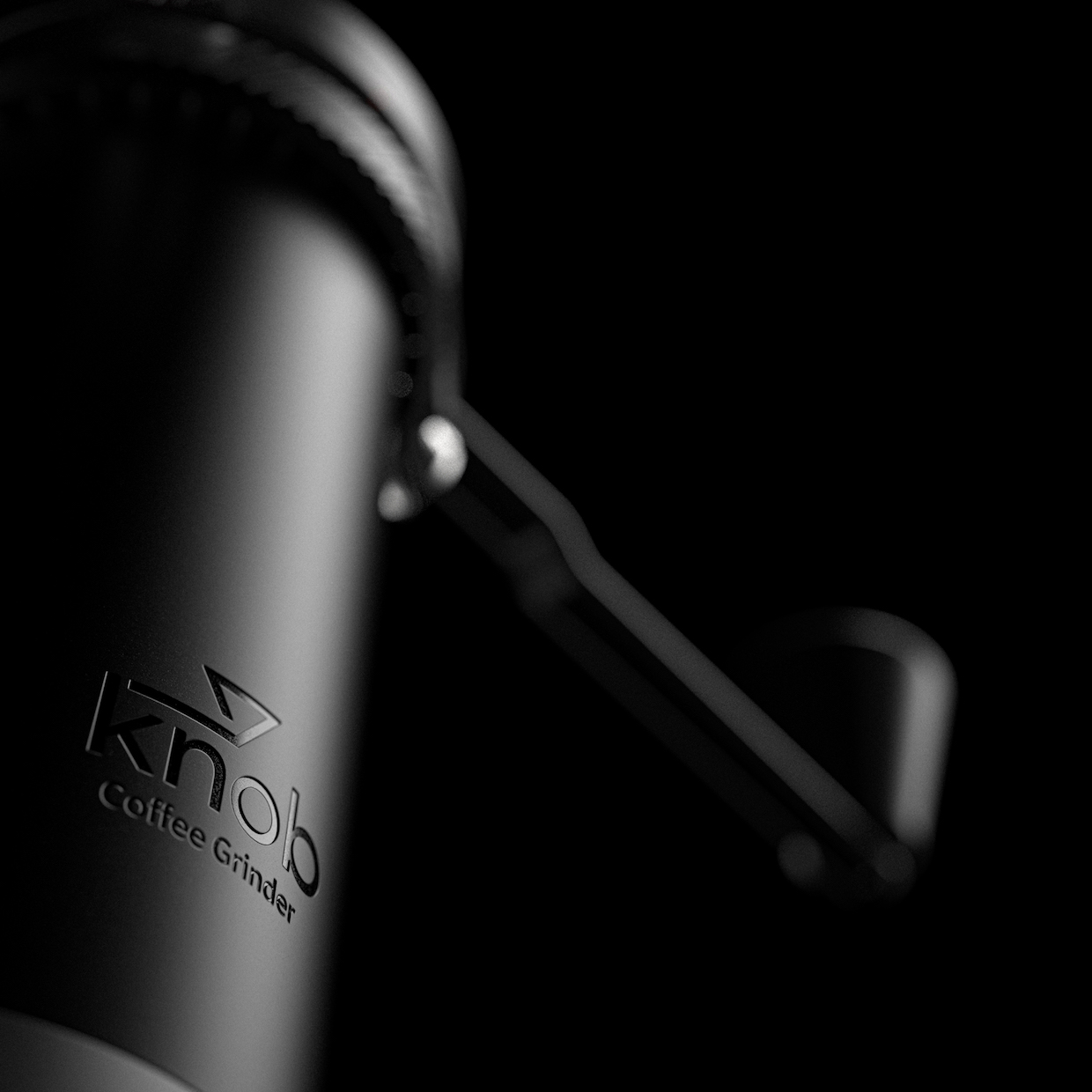 The Knob’s cone burr is centered in the aluminum body of the grinder by arms attached to a threaded collar piece. To operate the Knob’s stepless adjustment system, the user turns that collar, which raises and lowers the position of the fixed inner cone burr relative to the rotating ring burr, which remains in its position at the top of the column.

Between each of the adjustment collar’s 108 reference points, the change in burr gap is 30 microns, and the threading is fine enough to provide three full rotations, resulting in a range of grind sizes the company said will cover the full spectrum of coffee brewing methods.

To provide a clockwise grinding motion, the final version of the Knob will feature either a mirrored version of the standard 47-millimeter conical burrs made by Italian manufacturer Italmill or, depending on the outcome of the Kickstarter campaign, Italmill’s new V-Macino titanium-coated burrs, which are designed specifically for manual grinders.

A special, “censored” version of the Knob grinder upon which the name will appear as the *No* Axle Grinder will also be offered to users in the United Kingdom, where the grinder’s name presents a double entendre that has resulted in a flurry of online jokes.

Of the grinder’s two signature exterior side knobs, one screws down to hold the grind setting in place, and the opposite knob holds the detachable handle in place when the grinder is in “travel mode.” The lid and the receptacle are both dishwasher safe and both nest within the body of the grinder at the top and bottom respectively. The lid can also nest within the catcher to function as an air-tight canister for storing a dose or two of whole or ground coffee. 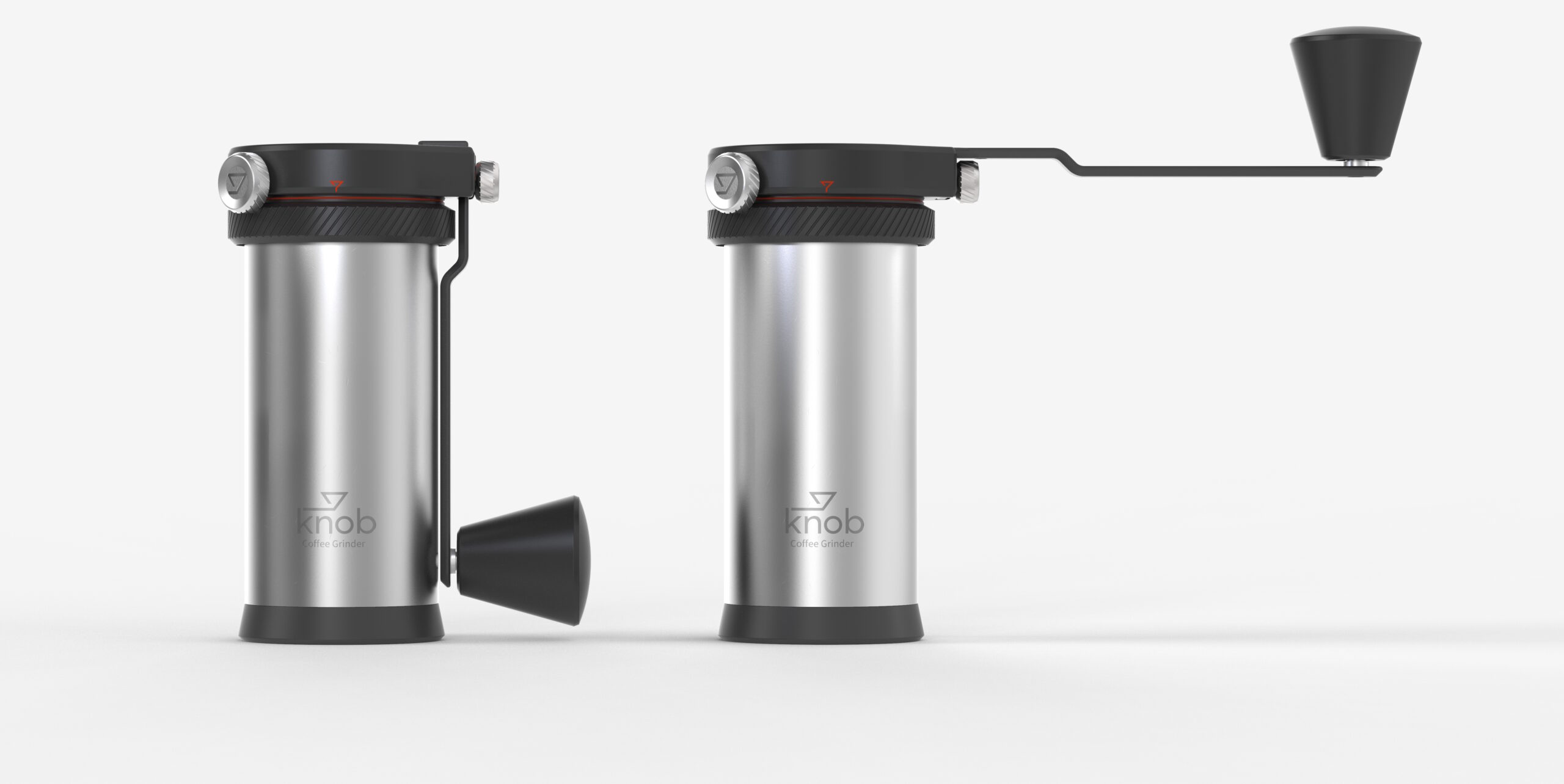 The company anticipates launching retail sales of the Knob Grinder worldwide in February 2022 at the price of $285.