The Sanremo X-One is a Commercial Grinder Times Three 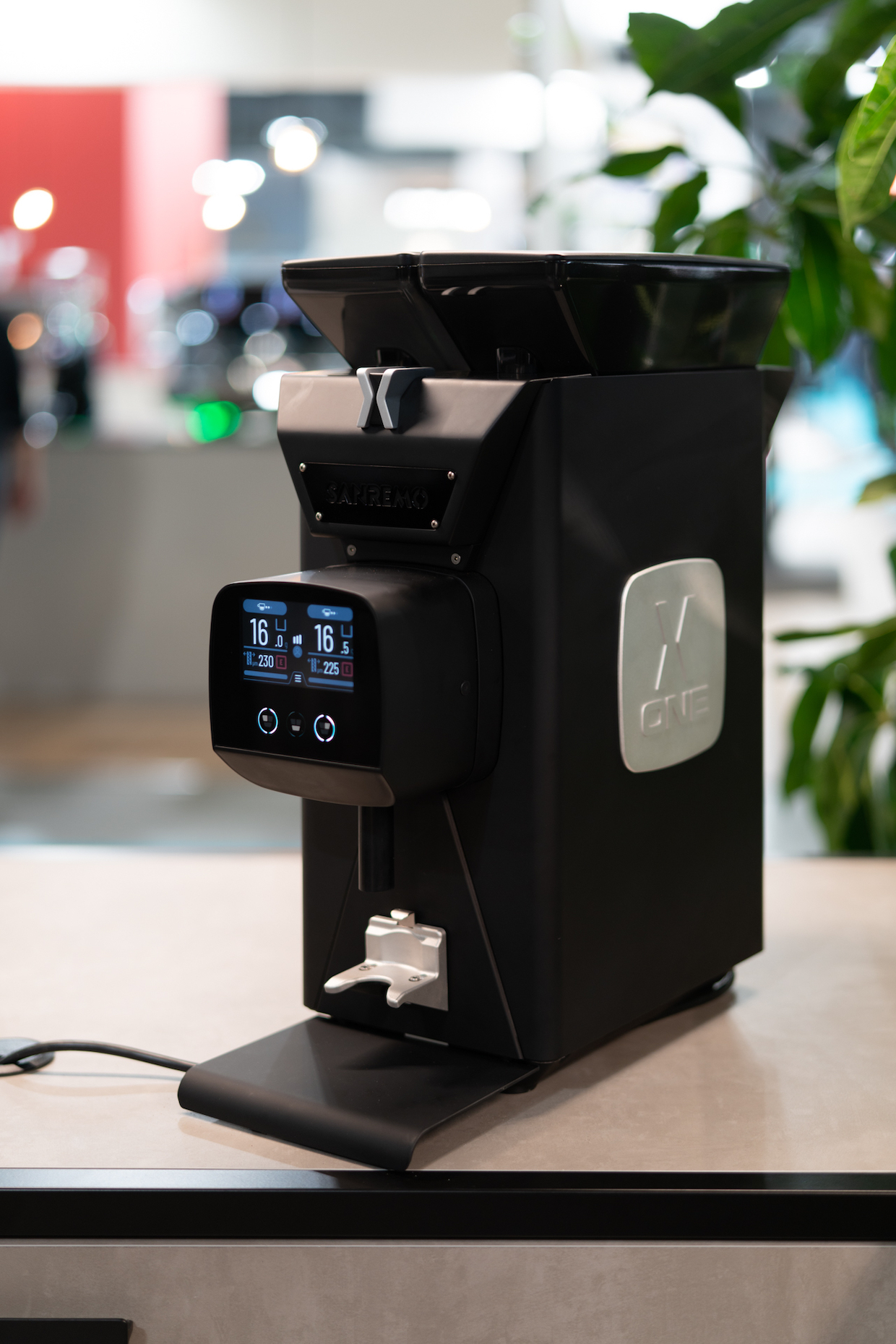 Pricing information has not yet been disclosed for the feature-rich machine that made its public debut at the HostMilano trade show in Milan, Italy, in October.

Sanremo, maker of the Cafe Racer commercial espresso machine line and more recently the single-group You machine, said the X-One is expected to be ready for shipping to the United States by the latter half of 2022. 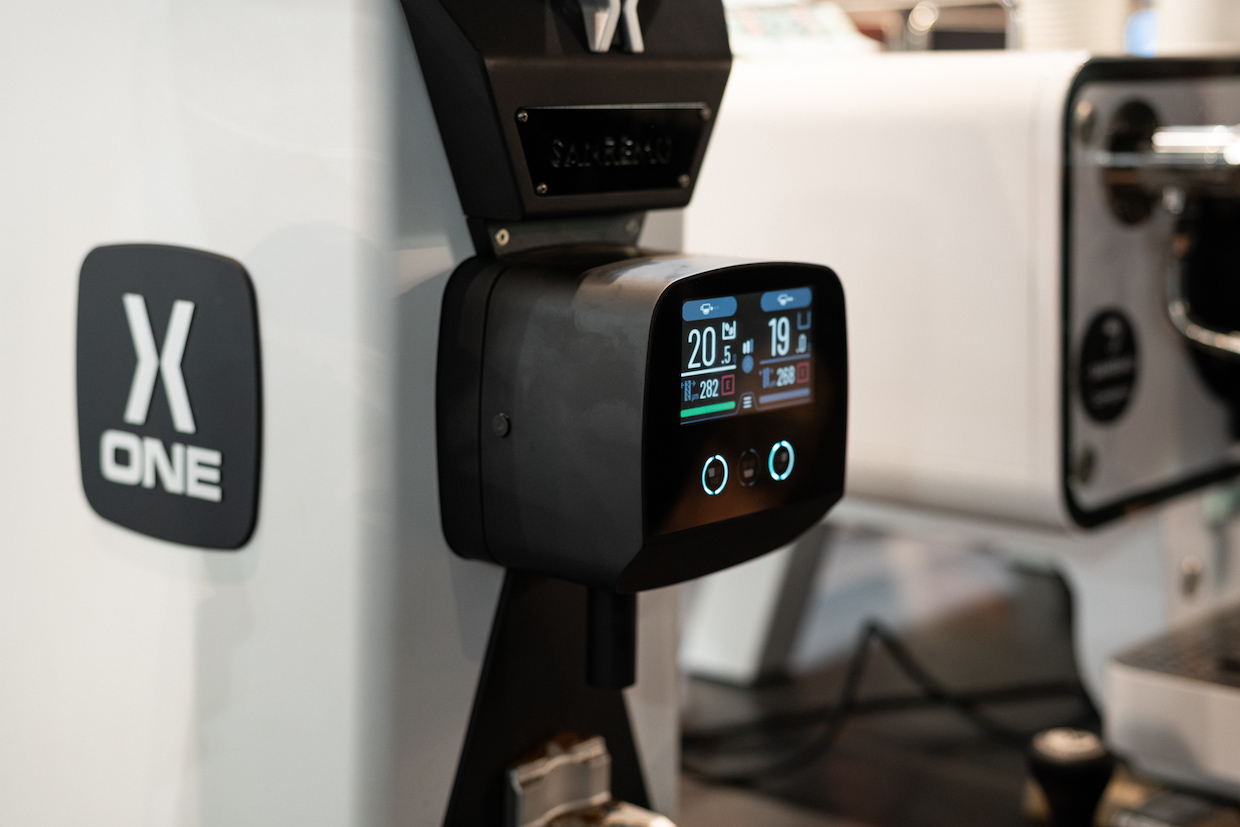 The machine is centered around a set of vertically oriented 98-millimeter flat burrs and a system for weighing each dose of whole beans prior to dropping them into the grind chamber.

“We have designed our own weighing electronics, capable of achieving a resolution of a single coffee bean,” Sanremo Coffee Machines R&D Manager Danilo Llopis told Daily Coffee News. “It’s a real industrial-grade measuring instrument, not standard load cell electronics. This solution does not require an additional scale on the portafilter holder.”

A 4.3-inch tempered glass touchscreen shows settings for grind speed and coarseness for each hopper. 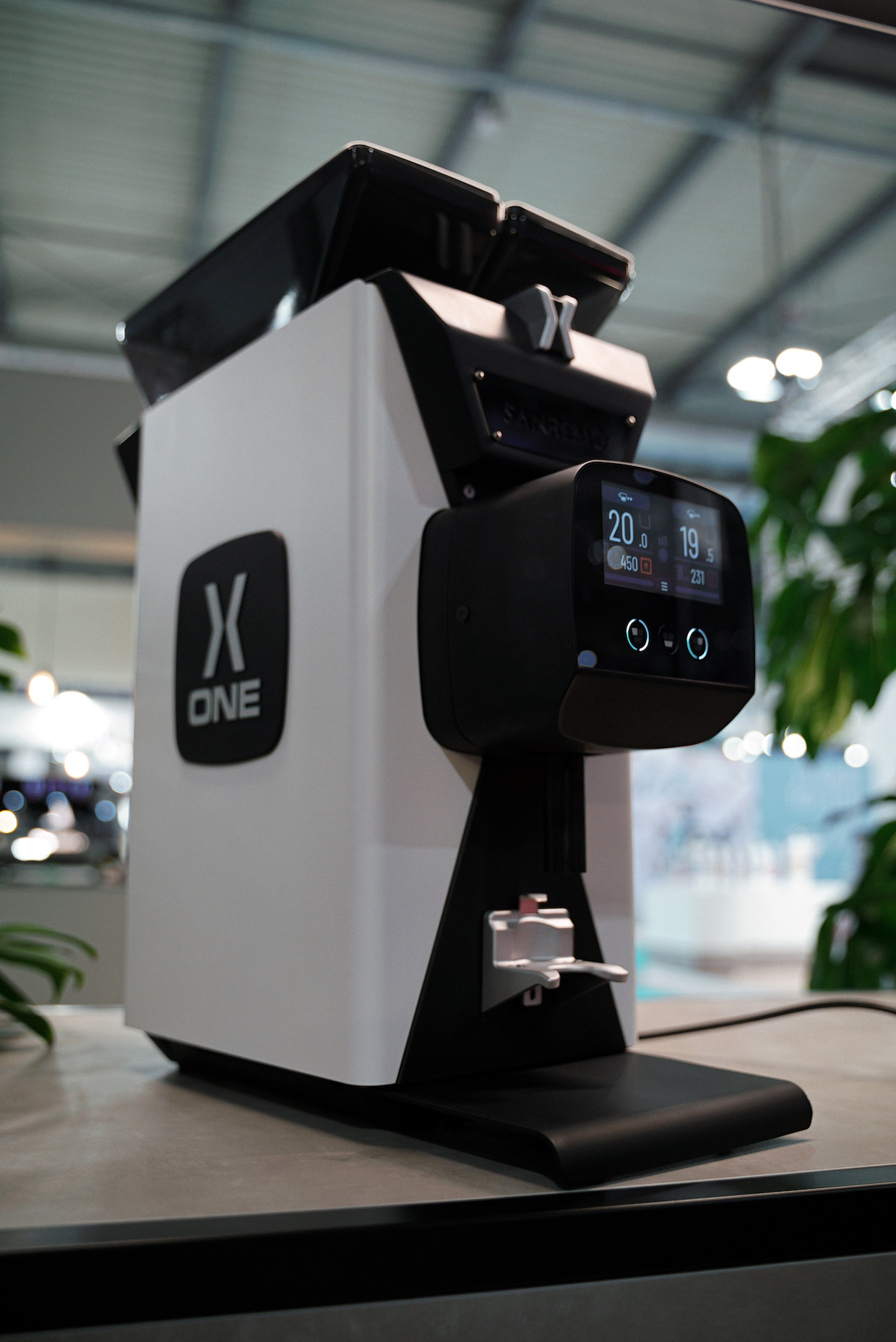 A bypass drawer on the front of the machine allows users to load any other beans in for grinding, either for single doses or for whole retail bags on demand. Upon opening the drawer, which is essentially an ad hoc 250-gram-capacity third hopper, the display automatically shifts to settings the user pre-programs for use of the drawer.

The machine stores up to 12 grind settings, including bean dose and burr speed. Default burr speed selections are 1,000, 1,200 or 1,400 RPM. In “advanced user” mode, baristas can set the speed anywhere within that range.

The company said the burrs are engineered for grinding both for espresso and for filter brew, and the portafilter fork is removable without tools to make way for a coffee bag to stand beneath the chute.

“We are studying a receptacle for filter coffee grounds as optional to offer in late 2022, based on market requests,” said Llopis, who added that the machine may also soon provide users the ability to grind measured, programmed blends of beans from both hoppers. “Blend function is a niche feature, which will be developed after launch, [among] many other functions we have in our pocket.” 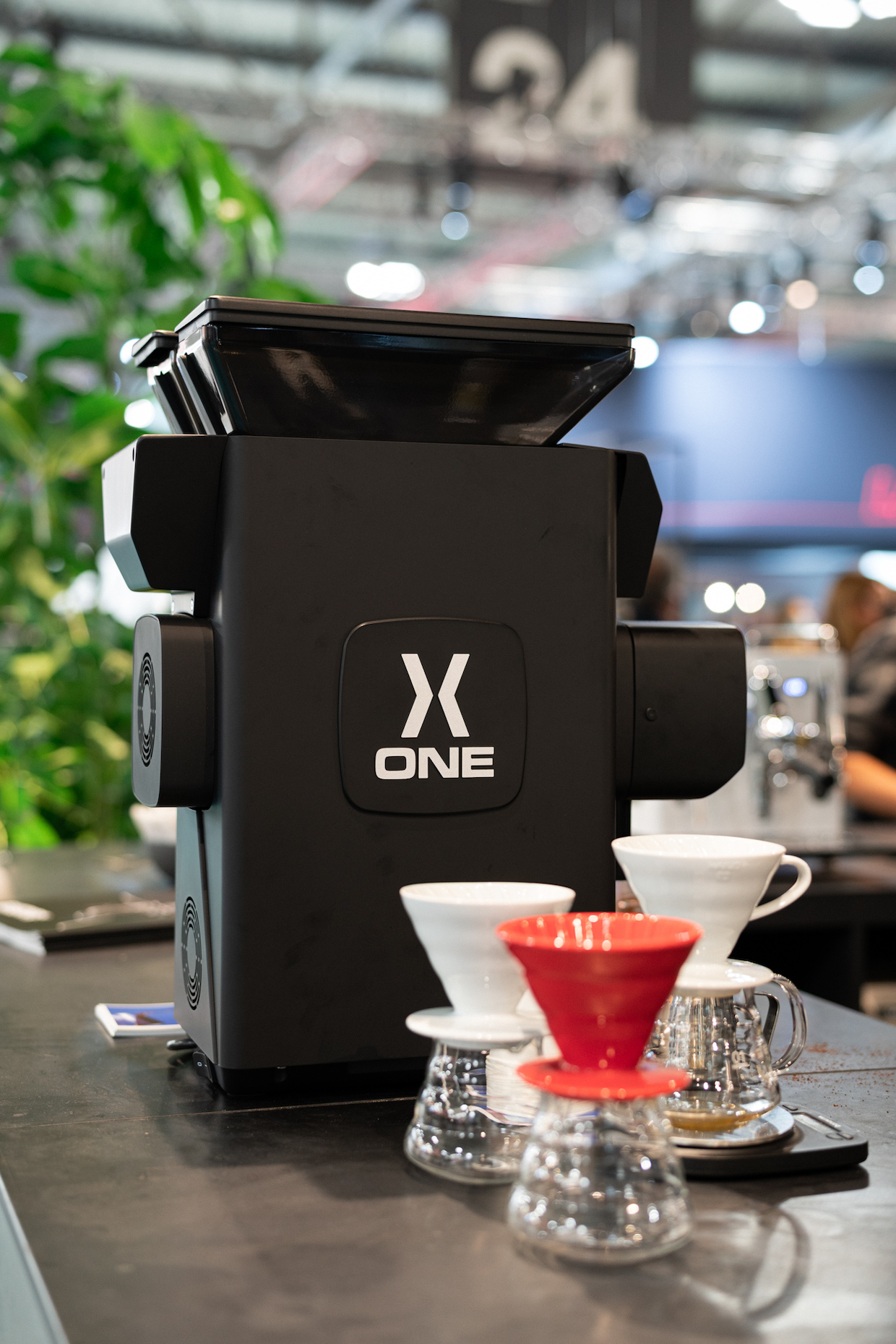