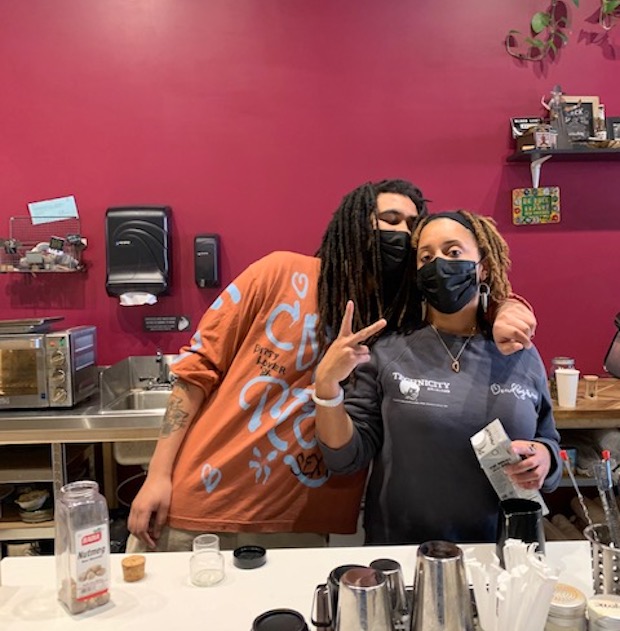 A pair of Hartford, Connecticut natives — one a barista, one a city planner — are sewing seeds of community at Semilla Cafe + Studio, a multiroaster cafe that opened last fall.

Supporting BIPOC and LGBTQIA+ identities and culture within a space designed to be as welcoming as grandma’s house, Semilla is serving coffee roasted by local specialty coffee roasters Neat Coffee and Black-owned startup Big Up Brew, as well as some familiar Cafe Bustelo. 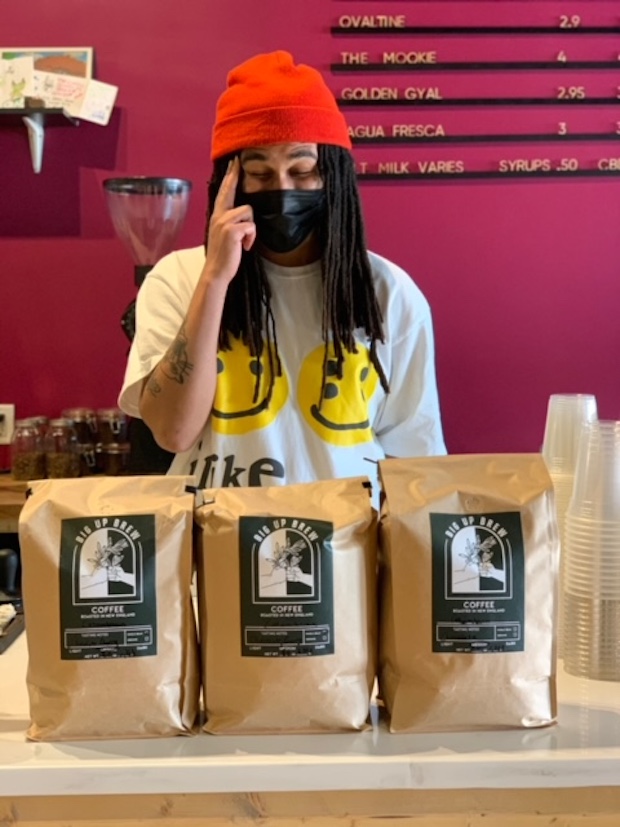 Hilliman with wholesale bags of Big Up Brew.

“We have Cafe Bustelo on specifically to make two drinks: the Cafe Con Leche [made from] Bustelo, vanilla bean simple syrup, steamed milk, and a cinnamon garnish; and the North End Blend [made from] Bustelo, condensed milk, and fresh ground nutmeg, which is how my great grandmother drank her coffee every day,” Semilla Cafe Co-Owner Aimee Chambers told Daily Coffee News. 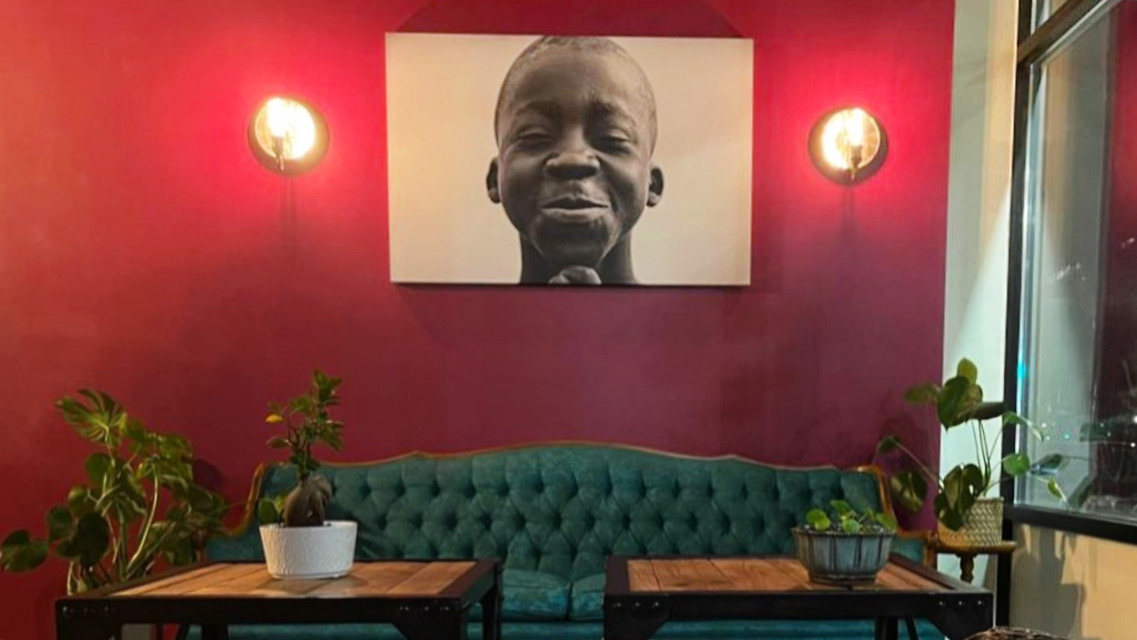 Customers can enjoy these while settling into a melánge of vintage furniture, in a space that also hosts pop-up events, arts shows and retail displays of goods from local makers.

“The cafe is meant to be a third place that centers, celebrates and provides increased visibility to BIPOC, in particular those who are local to the Hartford area,” said Chambers. “It leverages the collective presence of these makers and vendors to highlight the value to our local economy, while also creating another platform for folks to do their thing — music, art, dance, conversation — with freedom.”

The building is owned by the nonprofit San Juan Center, which has worked for decades in the Clay Arsenal neighborhood to support housing affordability and issues faced by immigrants. The 1,700-square-foot coffee shop is on the ground floor beneath 10 affordable apartments.

Said Chambers, who is also the director of planning for the City of Hartford, “We developed the space in this location in hopes to continue to push for the centrality of Black-owned businesses in future development in the area.”

Semilla Co-Owner Elijah Hilliman, whose previous work includes stints at Espresso Vivace and Tougo Coffee in Seattle, got to know Chambers when she was a regular at the Hartford coffee shop Story and Soil. As business partners in Semilla, the pair have crafted a menu that features drinks with familiar names referencing local landmarks that are also connected to the owners’ family histories.

Coming this Spring is a rum raisin affogato called Crossroads Dairy Shoppe, named for the Jamaican grocery store once run by Chambers’ grandparents. A limeade with a splash of grapefruit juice is named after La Paloma Sabanera, a coffee shop, bookstore, and gathering space founded by Hilliman’s mother. 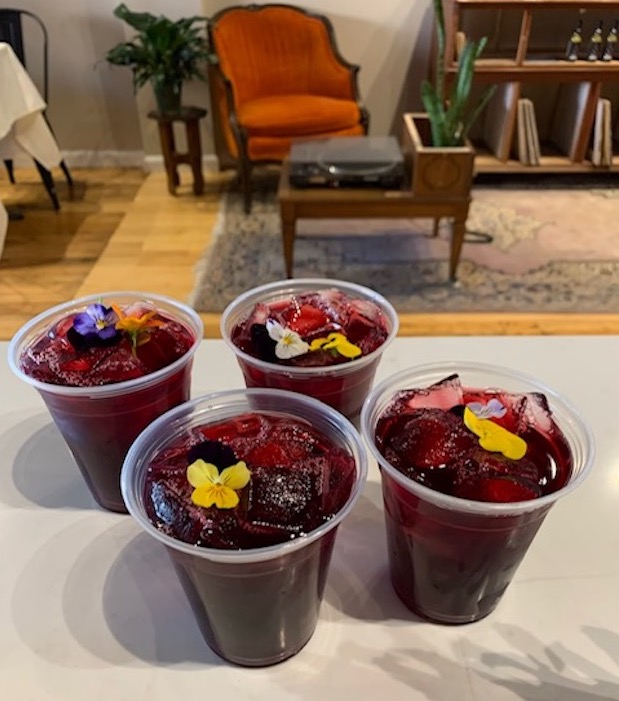 “As a youth, [Paloma Sabanera] had an impact on how I experienced community being cultivated around authenticity and a sense of belonging,” said Hilliman. “I realized I wanted to create a similar space of my own. We really wanted the space to feel like home, so we started asking ourselves, what does home feel like for us? What came up was family, culture, and tradition.”