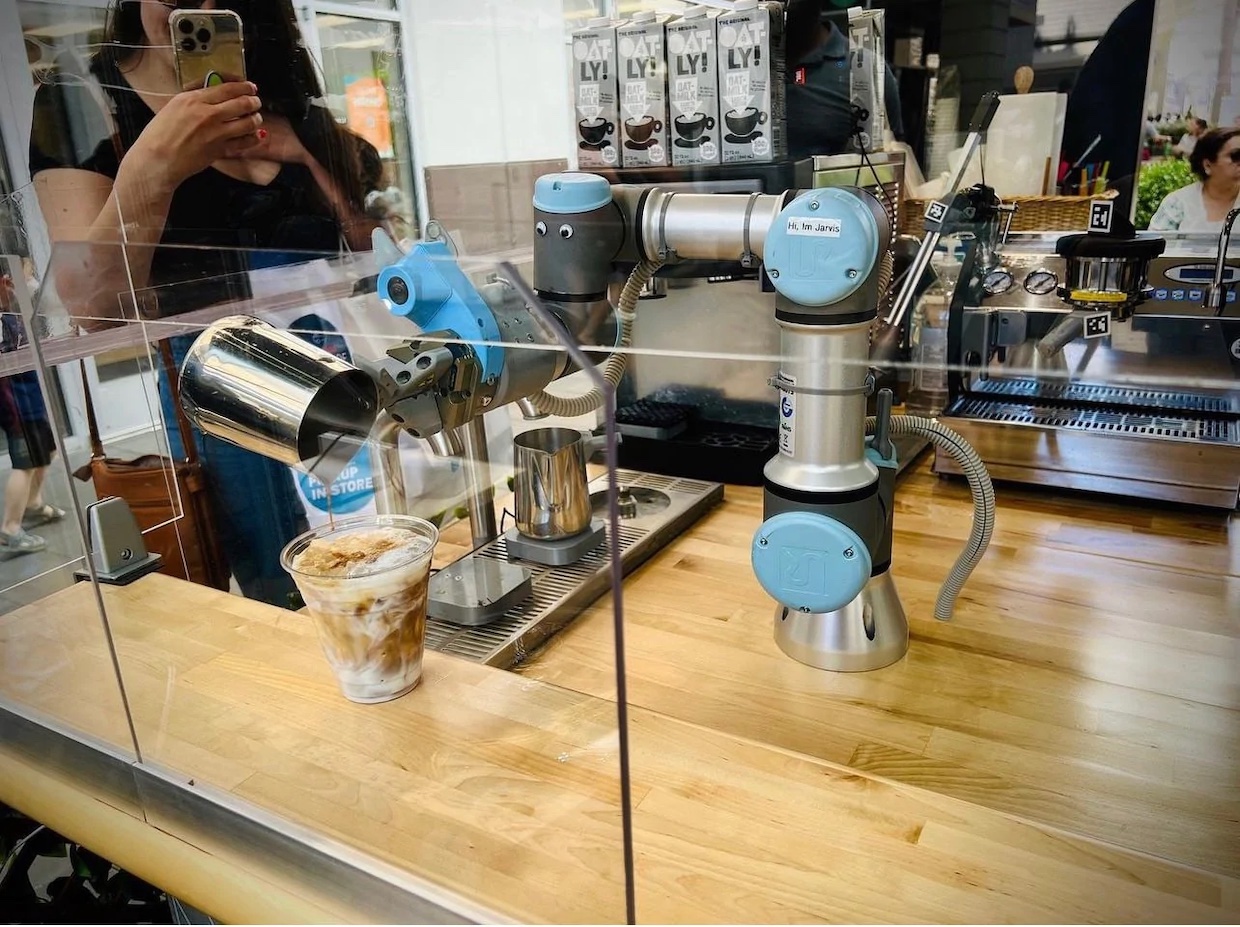 Seattle-based robot barista startup Artly has closed an $8 million investment round with plans to expand its footprint of robotic barista retail kiosks.

Since then, Artly has opened three locations in California Bay Area shopping centers, plus a location near Pike Place Market in Seattle.

Each location features robots that incorporate computer vision and deep learning to monitor coffee quality and guide the robotic arm at each step of the drink preparation and service process.

Here’s a view of the Artly robot in action:

The coffee program for the Artly brand is led by competition-winning roaster and barista Joe Yang, who first introduced a robotic barista arm to Portland in 2020 through his business In J Coffee, which has since rebranded and expanded to become Super Joy Coffee.

According to a GeekWire report, the funding round, described as a “pre Series A” round, was led by SV Tech Ventures, Amino Capital, LDV Partners, Aimtop Ventures and individual backers.

“With the help of advanced AI technologies such as imitation learning and vision-language generative models, our robots can now adapt to new environments and carry out complex and ambiguous tasks,” Wang, who serves as Artly CEO, said in an announcement of the investment. “A much wider audience can now enjoy the creation of a skilled barista, losslessly, just as what recorders and speakers are to a singer or printers to a writer or painter.”

[Note: This story has been updated. A previous version incorrectly stated that Joe Yang was the United States Roaster Champion in 2020. Yang won a qualifying event for that competition, which was ultimately canceled due to the pandemic.]