2022 Saw New Grinders for Every Type of Commercial Cafe Setting 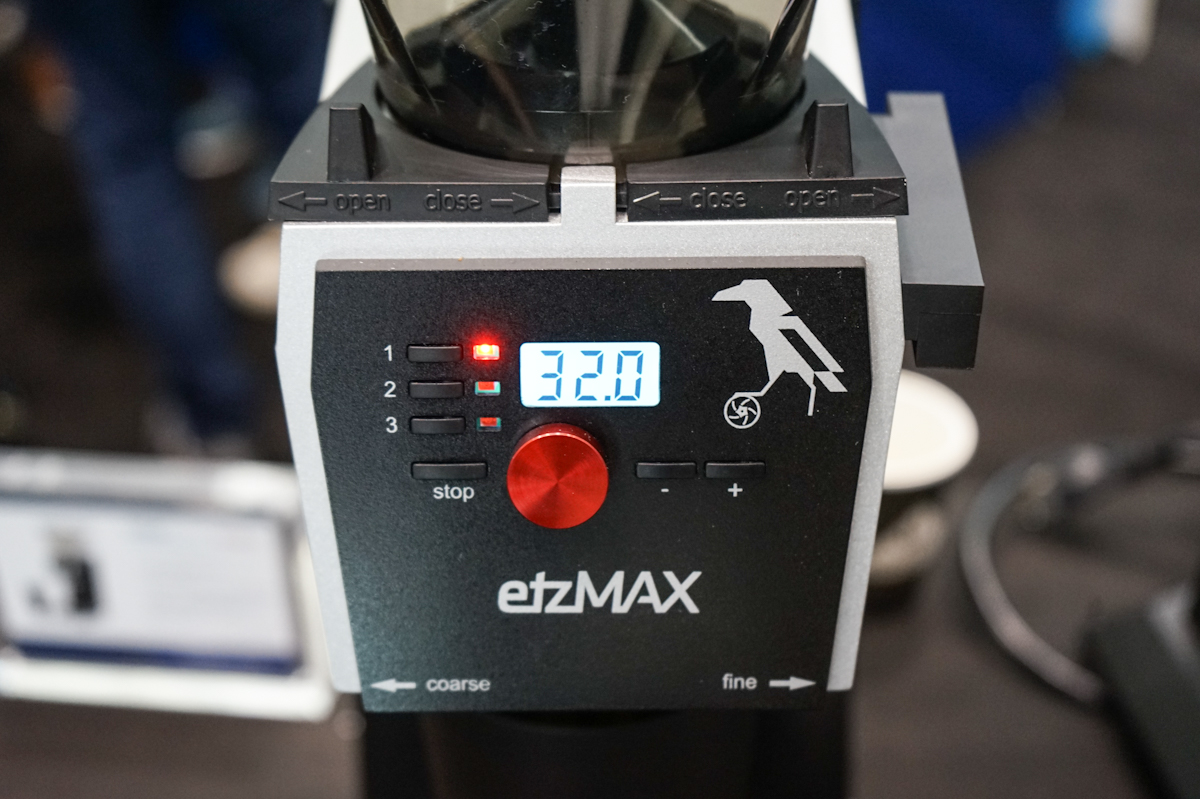 Though the year in new commercial grinders may not have been as explosive as it was for bean-breakers aimed at home consumers, there was still plenty to get excited about for virtually any type of coffee business.

The much-anticipated Mahlkönig E80 GBW made its debut under the bright lights of the SCA Expo in Boston; Weber Workshops refined its flagship grinder for slow bars seeking to flex; Slingshot upped the game for high-volume scenarios; and Quamar planted a flag at the vanguard of motor technology.

The year also saw the U.S. launch of the etzMAX Filter Grinder as well as a reintroduction of Nuova Simonelli grinders under the new GX name.

As we continue our 2022 Year in Review, here’s a look at some of our boots-on-the-grounds reportage of commercial grinder releases. 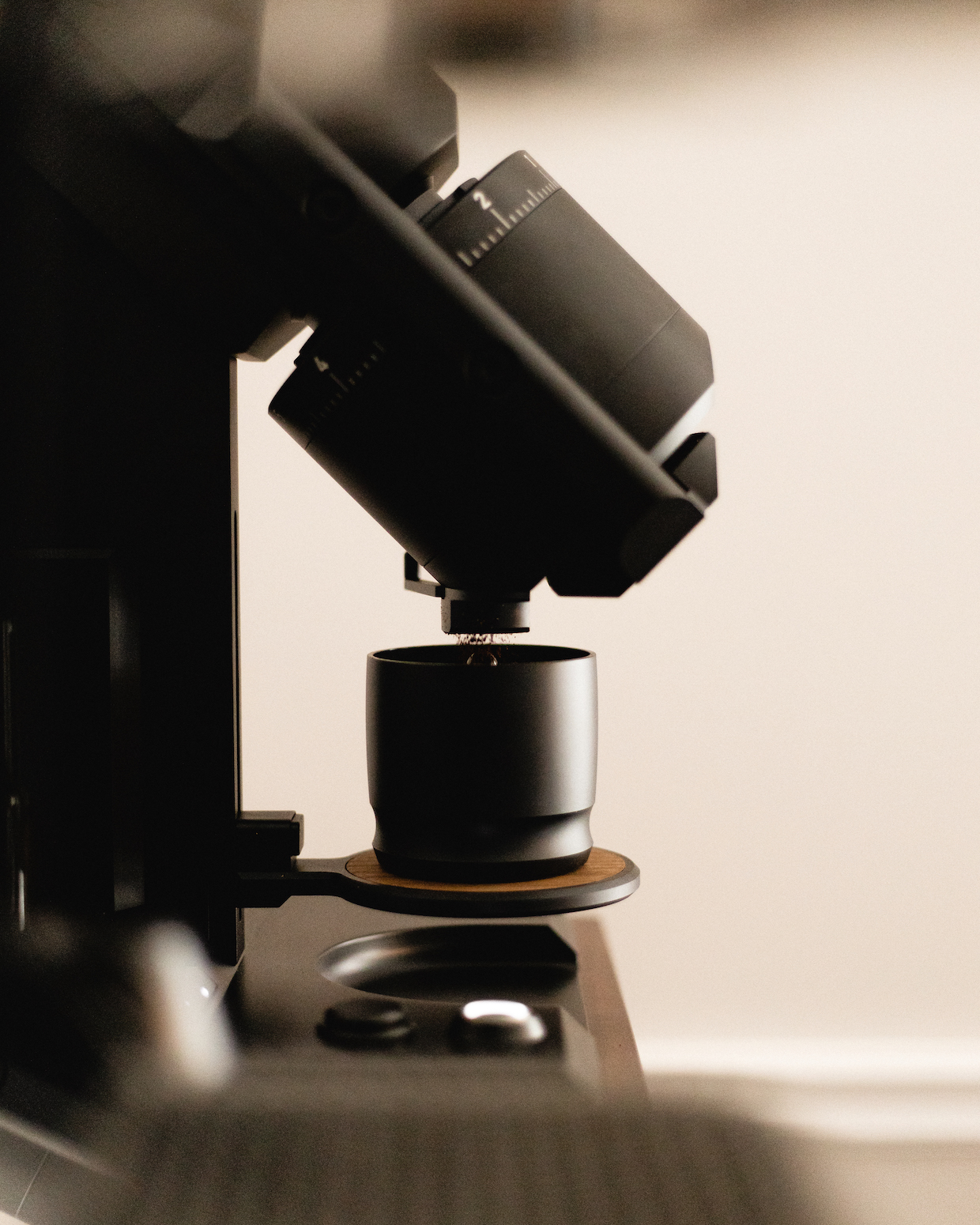 The EG-1 V3 maintains the essential character of the original, with the most prominent new feature being the addition of a “purge” button in the center of the RPM adjustment dial. The new button serves multiple functions, depending on whether the grinder is running or stopped… Read More 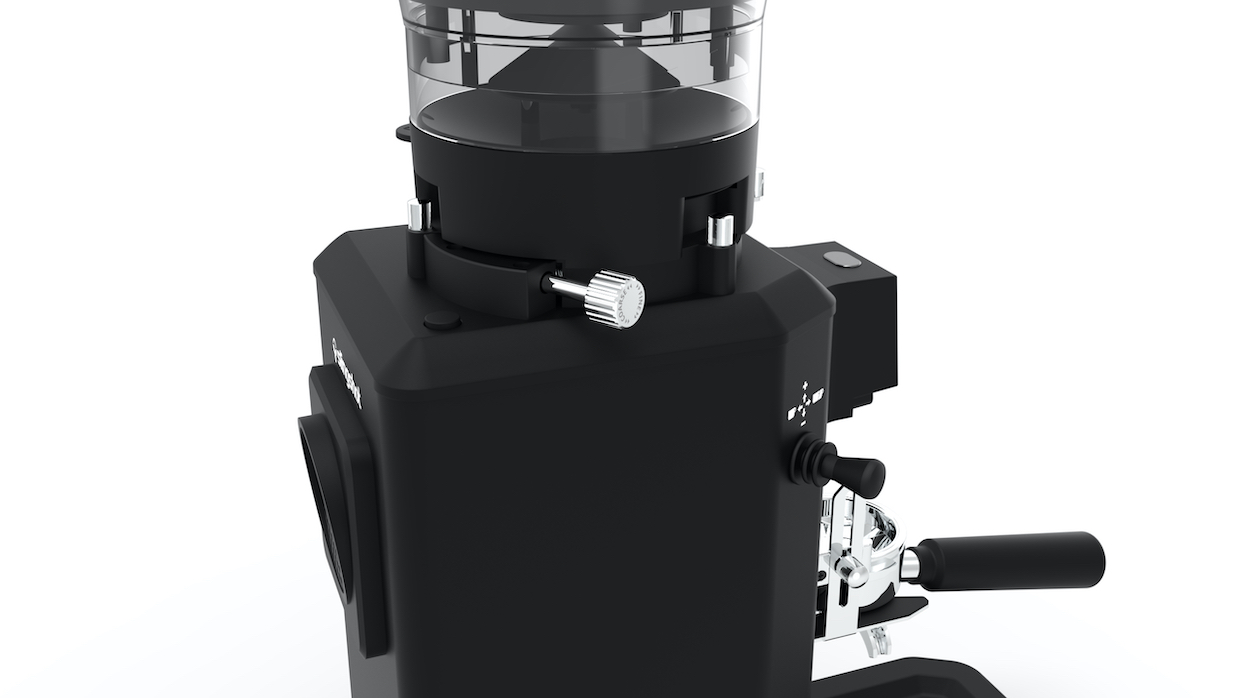 The new Sisma includes a “joystick” for micro adjustments to grind duration.

Like the original grinder introduced in 2018 — now called the Dosis — the Sisma is capable of either grinding on demand or pre-grinding designated portions of coffee for back-to-back shots during busy times.

Whereas the Dosis portions coffee volumetrically and includes a stirring chamber to improve distribution in the basket, the Sisma emphasizes fast adjustments to a time-based dosing system using a manual joystick that alters the grinding duration in 0.1-second increments.

A patented “Vibration Levelling System” on the Sisma shakes the portafilter basket for even distribution and leveling of the grounds, potentially saving time for baristas… Read More 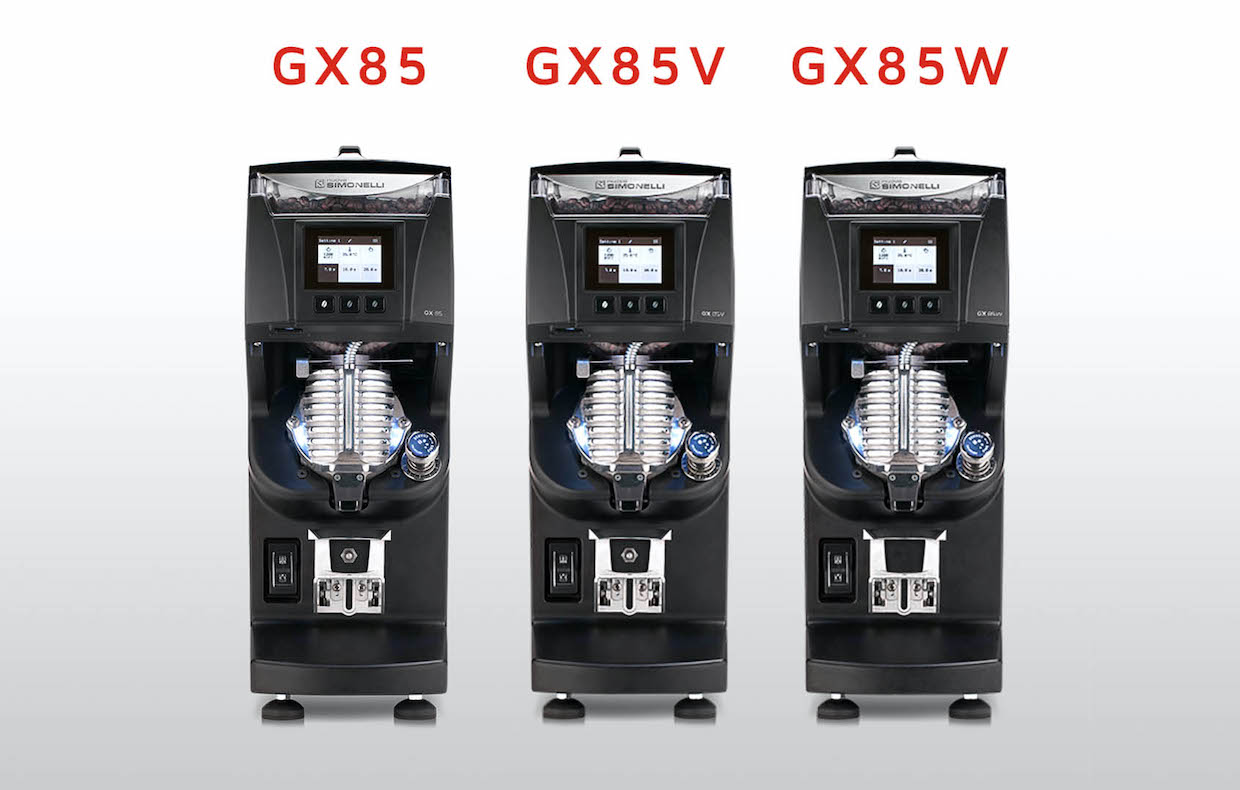 Derived from the Mythos 2 grinder platform, which first launched in 2018, the GX Series launch clarifies the product lines between Nuova Simonelli and its sibling brand under the Simonelli Group umbrella, Victoria Arduino.

The latter brand will now exclusively house the Mythos platform, which received a major update last year and is geared towards high-end coffee shops, while the GX series will be exclusive to Nuova Simonelli, catering to medium- and high-volume commercial settings… Read More 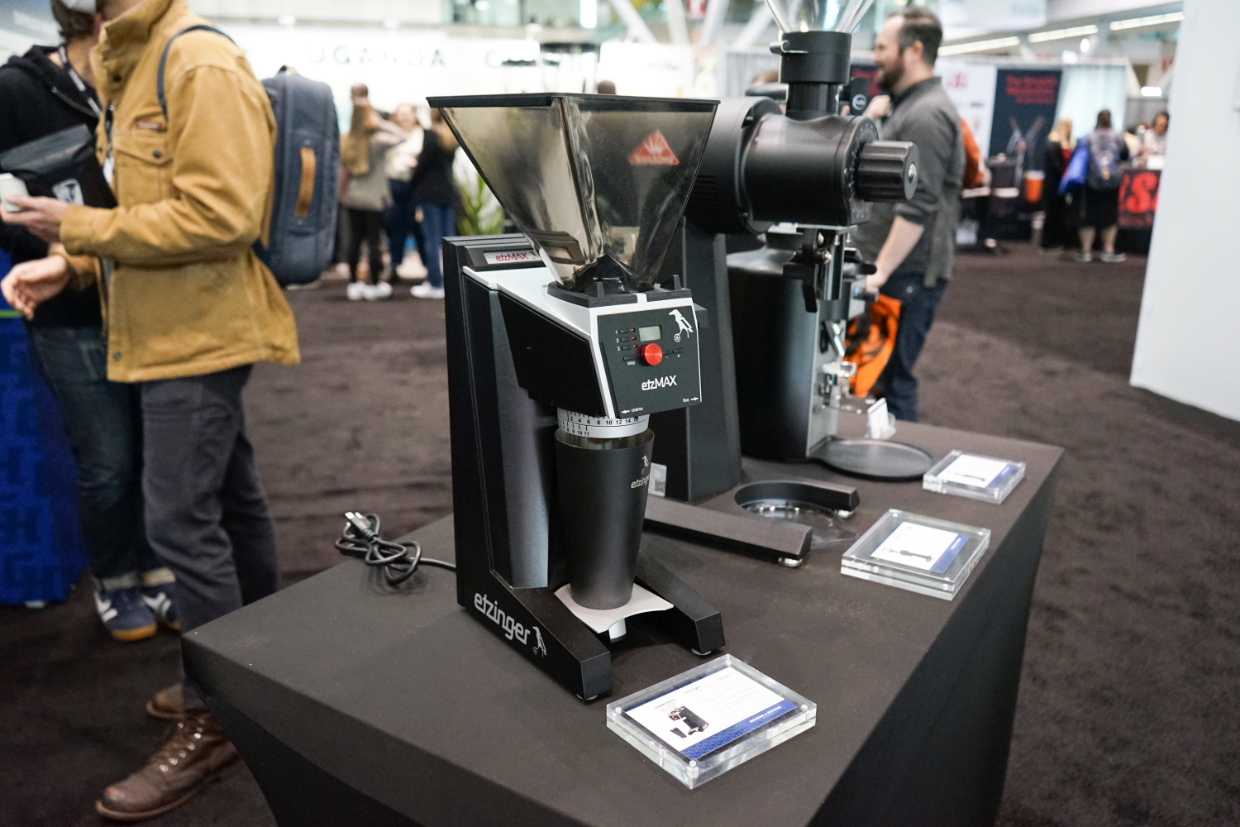 The machine features Etzinger’s signature “Etzjet” system, which involves rotating the ring burr of a conical burr set, as well as an inner cone burr optimized specifically for filter coffee or other non-espresso applications.

“The etzMAX is unique in that it’s a grind-by-weight grinder for filter coffee as opposed to espresso,” GH Sales and Marketing Representative Josh Kimbrough told Daily Coffee News. “It’s perfect for automating a pourover program or streamlining the batch brew process. Speed and low retention are hallmarks of all of Christian Etzinger’s grinder designs, including this one.” … Read More 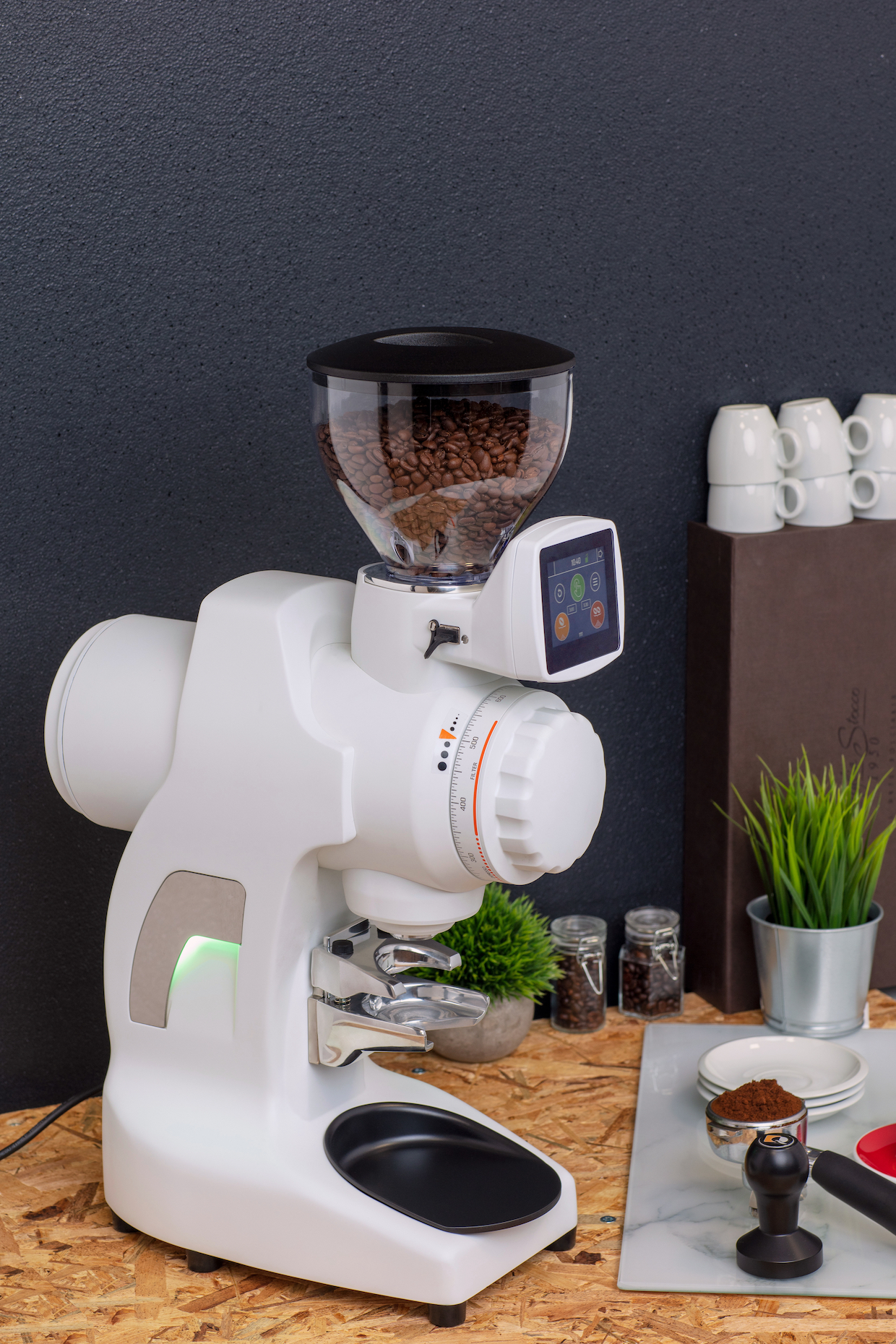 Currently the only machine in Quamar’s “premium” category, the Sirio-Q features vertically oriented 77-millimeter custom flat burrs that are spun by a brushless motor at user-adjustable speeds of 900, 1,200 or 1,500 RPM… Read More