Buy a Bag, Plant a Tree: A Roaster’s Model for Smallholder Sustainability Amid La Roya 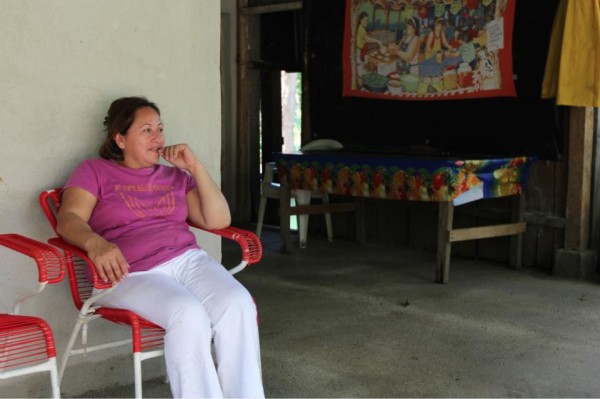 Alexa Marín Colindres at her farm in Nicaragua.

Alexa Marín Colindres lives with her two teenage sons on her small coffee farm in the mountains of Northern Nicaragua, where she has been working with the Prodecoop Cooperative for more than two decades. Coffee represents her livelihood, one that has been challenged since leaf rust (la roya) decimated much of her crop last year. The problem for farmers on this scale is, la roya doesn’t merely result in one bad season — its long-term effects can be catastrophic.

This reality touched the representatives of Fort Bragg, Calif.-based Thanksgiving Coffee Company who visited Alexa’s farm last year who found scores of brown, decaying plants alongside healthy plants that produced an equally memorable coffee. After a cupping on the farm, the Thanksgiving team committed to a purchase.

“The day we made our buying decision, we cupped more than 20 coffees in a blind tasting — I think it was closer to 30,” says Thanksgiving’s communication director Mischa Hedges. “Jacob, our roastmaster, kept coming up with notes of sweet maple and orange in Alexa’s coffee, and we were thrilled to find out it was her coffee. She actually had oranges growing on her farm in between coffee trees, which made it an extra special discovery.”

But will it be Alexa’s last?

In a unique model that they hope will a) save Alexa’s farm for future production, and b) be replicated by other sustainably minded coffee coffee buyers, Thanksgiving is returning $2 from every bag of Finca de Alexa coffee sold directly to Alexa’s farm in the form of a new coffee tree. Thanksgiving says its “Project : La Roya” represents a kind of scaled approach that, if duplicated, could help rebuild the Central American coffee crop. 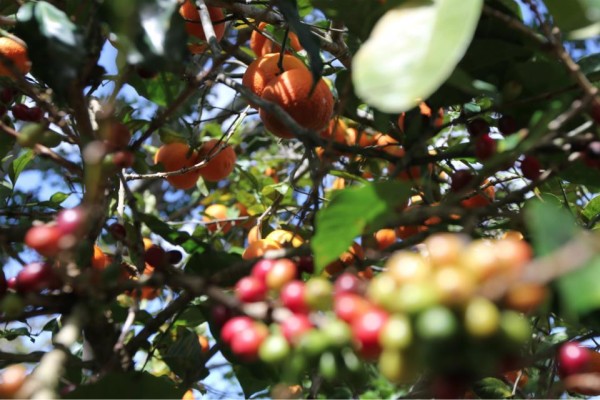 “This disease is here, and unless a major battle is waged to beat it back, Central American coffee will be a thing of the past, and coffee prices will rise as the supply of quality coffee is diminished,” says Thanksgiving CEO Paul Katzeff. “This is not Chicken Little talking here. This is absolutely a disaster about to happen this year.”

Of course, Alexa is not alone. The larger membership of the Prodecoop Cooperative — comprised of 40 smaller cooperatives representing some 2,300 member smallholders in Northern Nicaragua — has been aided in its collective battle against la roya by Etico, an ethical investment and trading company that helps integrate the supply chain for a number of projects.

Etico’s Rachel Lindsay says that for those smallholders working to keep their farms viable through replanting, improved management practices will be instrumental in fending off la roya and other natural threats in the long-term.

“Some producers, like Alexa, are replanting with Caturra again because it produces a consistently high quality coffee, while others are diversifying with Catimor and Catuaí varietals for their higher resistance to la roya,” Lindsay told Daily Coffee News. “Interesting to note is that several of the cooperatives we work with have noted that management techniques have a greater impact on the effect of la roya than the varietal. That is: proper fertilization, shade-management and preventative treatments are successful in mitigating la roya regardless of variety. That is why having resources available for farmers like Alexa at the right time in the life-cycle of the coffee plants is extremely important.”