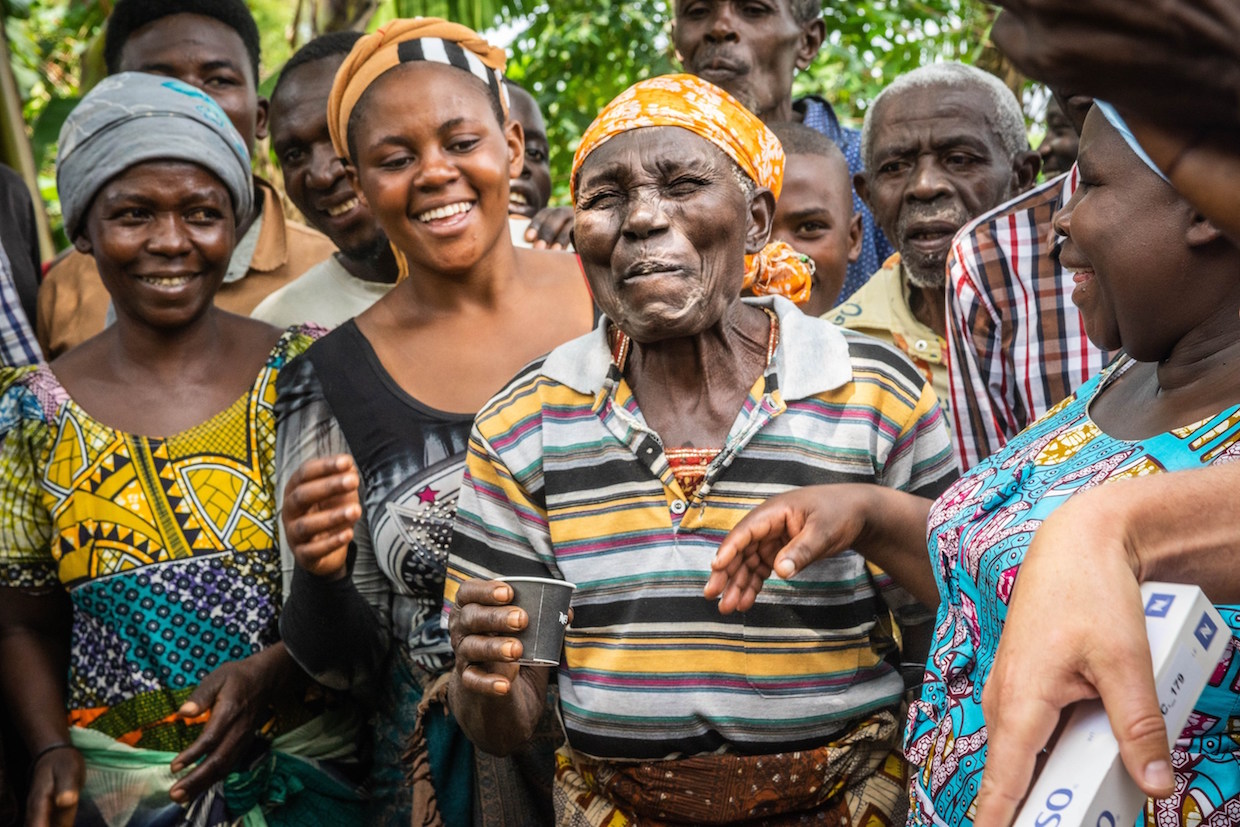 As part of its sustainability-focused, multimillion-dollar Reviving Origins program, Nestlé-owned Nespresso has announced a long-term program to help boost the coffee sector in the Democratic Republic of Congo (DRC).

Along with the announcement, Nespresso has launched its first DRC coffee in the United States, a limited-availability Eastern DRC arabica offering called Kahawa Ya Congo.

Nespresso began investing in the DRC last year, along with project partners TechnoServe, the US Agency for International Development (USAID) and green coffee company Virunga Coffee Company, which was established by Olam in 2011.

Through training and technical support to improve coffee quality and sustainable practices while increasing farmer incomes, the Nespresso program currently involves some 450 DRC coffee farmers, and the goal is to reach 5,000 farmers by 2024.

Coffee has historically been an important export crop for Congo, where nationalized production peaked throughout the 1980s and 90s. Years of civil conflict, decimated infrastructure and instability among buyers severely hampered the ability of the nation’s smallholders to grow and sell coffee, and by 2010 it was estimated that countrywide production was one tenth of what it was in 1990.

However, the main arabica-growing region along the shores of Lake Kivu on the country’s eastern edge is widely believed to offer immense potential for coffee quality that can rival some of the finest coffees coming out of nearby countries such as Rwanda and Kenya. This year, coffee producers have been dealt a range of difficulties in parts of the Eastern DRC, including attacks from armed groups, mudslides and flooding, an ebola outbreak and, of course, COVID-19.

“The coffee farmers we are working with have overcome incredible challenges over the years, and are determined to improve their coffee and in so doing, improve their lives,” William Warshauer, president and CEO of TechnoServe, said in an announcement shared by Nespresso today. “Through better agronomic and processing techniques, and the engagement of a reliable buyer like Nespresso, these farmers are already increasing their incomes and starting to build a better future for their families.”

Nespresso last year announced that it was investing 10 million Swiss francs (approximately $10.9 million USD, as of this writing) into the Reviving Origins program.

Over the past two years, the company has made purchasing commitments for coffees from former conflict zones in the Caquetá Department of Colombia; in Zimbabwe, where land reform led to coffee market volatility; and in Puerto Rico, where coffeelands were destroyed by hurricanes Maria and Irma in 2017.

In January of this year, Nespresso announced it was also extending the program to a spectacularly wildlife-diverse section of Mozambique, where the government established a peace treaty with rebel forces last year.

In addition to its coffee-related activities, Nespresso is devoting approximately $1.1 million to bringing clean water access and healthcare facilities to coffee-farming communities throughout South Kivu, including 23 water access points and six health clinics.