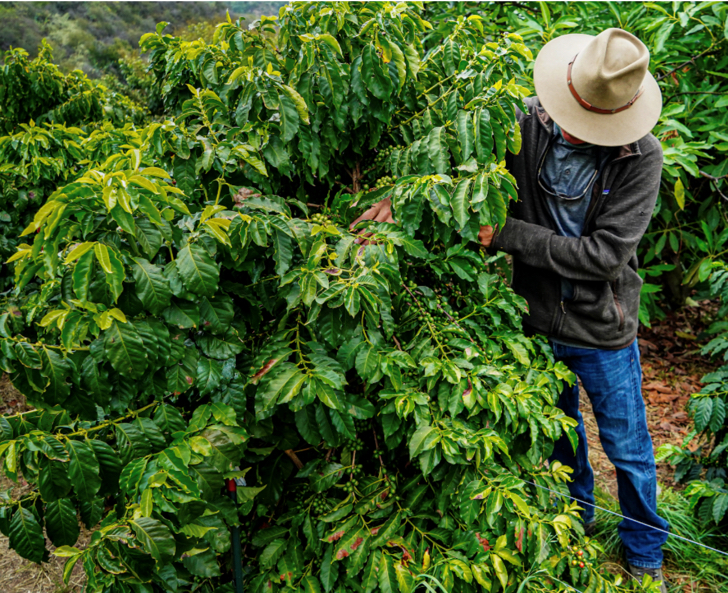 California-based coffee breeding and production company Frinj Coffee is engaging in two  land use partnerships that should shed light on coffee’s potential as a regenerative agriculture crop.

The Santa Barbara County-based company, which grew out of the decades-old Good Land Organics farm, now maintains coffee cultivation arrangements with dozens of farms throughout the region. In an announcement released today, Frinj said it hopes two new partnerships with environmental nonprofits will help further the regenerative agriculture movement while expanding interest in California-grown coffee.

The first partnership is with the Gaviota Coast Conservancy (GCC), also based in Santa Barbara County, which has awarded Frinj with a $50,000 grant to fund a three-year study on improving soil health, water management and ecosystem resiliency.

As part of the study, a test plot will include approximately 1,800 new coffee trees, primarily of the Gesha variety, at the Good Land Organics farm, along with various other trees and crops. The project will be documented through time-lapse photography, and it is expected to eventually benefit other progressive farmers in the region.

In addition to such research partnerships, Frinj has been actively bringing California-grown coffee to market since 2017, beginning with an offering from Oakland-based Blue Bottle Coffee that included a 100-gram tin of a Gesha and Caturra blend that sold for $65.

Last year, Frinj coffees were featured at a $125 ticketed tasting at San Diego’s Bird Rock Coffee Roasters. Six single-estate blends in 5-ounce bags currently promoted on the Frinj website all sold out for $75 a pop.