Do the Copyright Thing: Your Use of Origin Images to Sell Coffee May Be Unlawful

You’ve seen it countless times on bags, coffee shop walls and on coffee company websites: The image of a farmer picking ripe coffee cherries, designed to connect consumers to the origin of their coffee and perhaps even provide a face for farmers themselves.

They may be perfectly lovely pictures shown with good intentions, but their use in most cases is unlawful and, at best, unethical, says Dean Cycon, whose made a career over the past 20 years supporting farm-level development through his Massachussets roastery Dean’s Beans. “If you’re in business in America, you can’t take a photo of people in public and use it for commercial purposes without permission and probably compensation,” Cycon says. 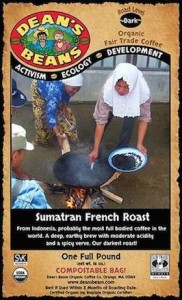 Licensed photos on the back of Dean’s Beans bags. Pictured is Aminah from the village of Tanah Abu, Sumatra.

Cycon isn’t making this stuff up. Prior to his life in coffee — which has also included a shaping hand in Coffee Kids and Cooperative Coffees — he was a lawyer involved with both representing indigenous people and trademark law. He suggests roasters throughout the United States and other top consuming countries are in clear violation of copyright law by using unauthorized images of people at origin. In legal terms, many roasters and cafes may not have obtained “right of publicity” through a signed release form or other written contract that outlines the terms of image use.

In Cycon’s mind, most roasters in violation fall into two categories: the smaller ones who may not be aware; and the larger ones who ought to know better but make the business decision to not care. “For the larger companies that have legal staff, they should know better,” says Cycon. “I’ve been in business with Dean’s Beans for 20 years, so I’ve been guilty of this, too.”

(related: After Starbucks Cease and Desist, Micro Brewer Not Giving Up Without a Laugh)

Without adequate legal representation and given the sheer distance between seed to cup — that is to say, the distance between where the images are taken and where they are used for commercial purposes — the reality is most coffee companies are never likely to be confronted with a related lawsuit. But that’s not the point, Cycon says: “I really hope other coffee companies will look at this and say ‘Oh wow, we really are getting something for nothing. It’s not fair.’ ”

To promote fairness within his own company, Cycon has created a photo and video licensing document that three of the nine cooperatives he works directly with have signed, with the six others likely to soon follow. The license, a work in progress, establishes the following agreements: 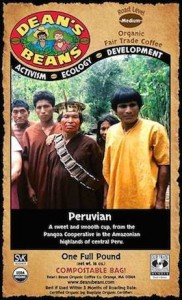 A full copy of the agreement is in PDF form here, and Cycon urges coffee roasters to adopt it, scrutinize it and generally share it among their peers. “This is a work in progress — it’s about the process, not about the formula, and we’re working with the farmers on it,” he says, adding that he hopes the SCAA will adopt some kind of similar template for its membership.

Asked how coops have responded to the agreement proposal, and Cycon says the $500 licensing fee is just a small part of the equation. “They’re really excited about it,” he says. “Mostly they like the fact that they are getting recognition and legal representation in a respectful way that benefits both parties.”