The Colombian government officially launched a coffee price stabilization fund designed to protect the country’s hundreds of thousands of coffee farmers from the volatility of the commodities market.

The groundbreaking Coffee Price Stabilization Fund, or el Fondo de Estabilización de Precios del Café (FEPC), was signed into effect in Bogotá yesterday with a budget of 218 billion Colombian pesos (approximately $64 million USD, as of this writing), with funding from the national budget and the National Coffee Fund (FoNC), which involves two-way contributions from the government and from farmers.

The fund’s managers — including high-ranking members of the National Federation of Coffee Growers (FNC), and the ministries of agriculture, commerce and finance — say the fund will be used to ensure that coffee growers are receiving a fair base price for their coffees based on analyses of local production costs, while allowing them to focus on quality improvements that could appeal to higher-paying specialty coffee markets.

As a nation, Colombia remains the world’s second-largest producer of arabica coffees and the world’s third-largest coffee producer overall. Thus, Colombia has been hit especially hard by the historically low commodity price period that has afflicted the global coffee sector over the past 17 months. 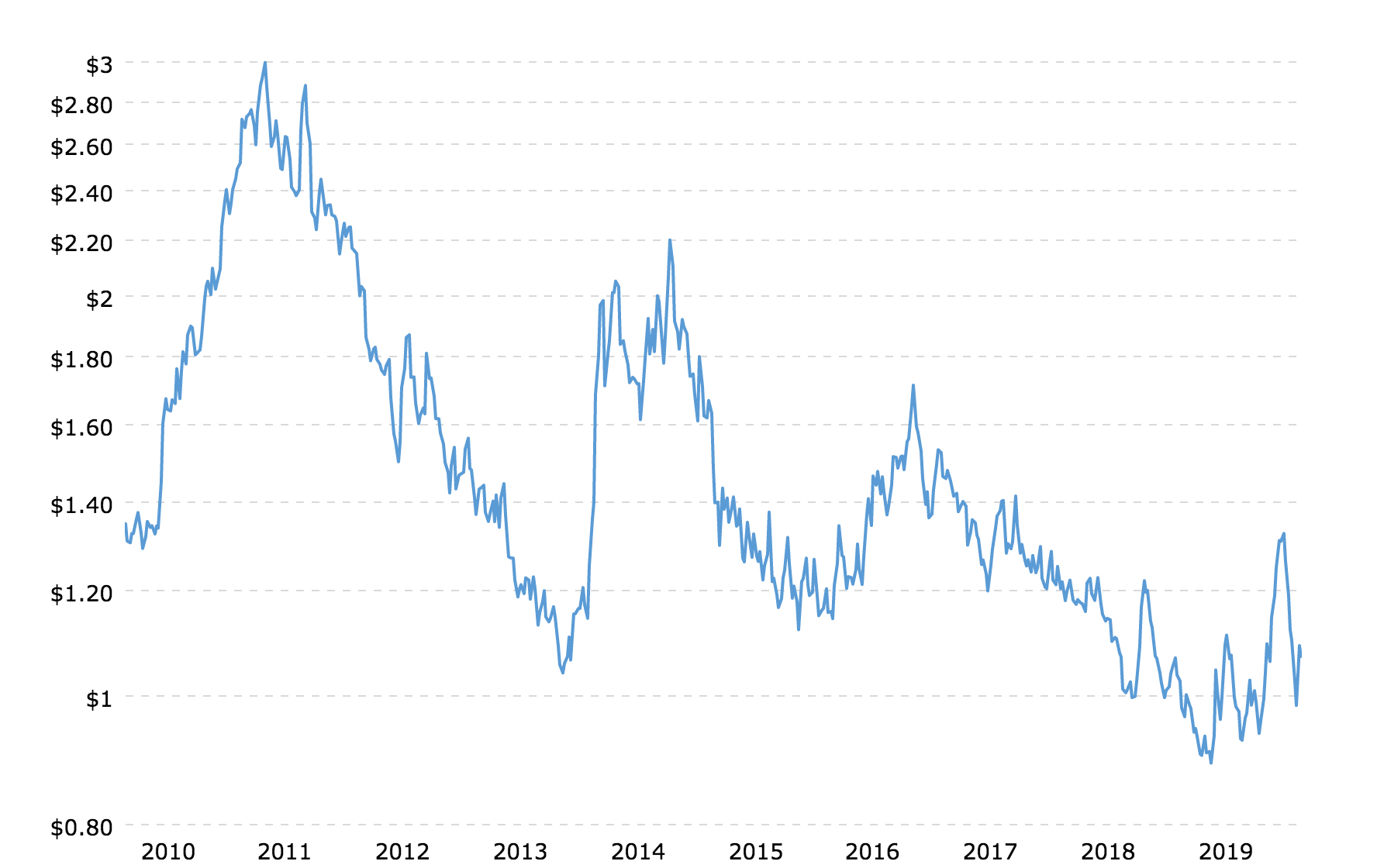 The past 10 years of arabica coffee futures base prices on the International Coffee Exchange (ICE). Prices shown in USD. Image courtesy of Macrotrends.

As of this writing, the ICE futures base price for May contracts (a.k.a. the “C price” or commodity price), was a paltry $1.06 per pound for arabica coffee. Colombian coffee leaders have explored setting a base price of as much as $1.40 or $1.50 per pound in order to try to help farmers meet or exceed costs of production, which typically have risen as prices have declined.

“If coffee were a product of the developed world, there would have been some price stabilization mechanism put in place or, at the very least, there would have been subsidies at low prices,” Vivek Virma, the head of Olam International‘s coffee division, notably wrote last year. “Unfortunately, coffee is grown in mostly developing and underdeveloped countries, which do not have the means to support farmers in times of low prices.”

In a landmark report issued last year, renowned economist Jeffrey Sachs and a team at Columbia University made the bold call for a global fund — supported by actors throughout the supply chain — of $10 billion to help stabilize the coffee sector in the long term.

As Colombia moves forward with a price stabilization fund of its own, it’s betting on the notion that if farmers are given better financial stability along with technical assistance and other resources geared toward increased production and improved quality, then the higher-paying specialty coffee market will respond in turn.

A couple of corrections:

The link for “Fondo de Estabilización” links to the “FoNC” which is a a much bigger fund established many years ago and with many purposes.

A couple or corrections:

The link for the “Fondo de Etabilización” takes me to the FoNC which is a much bigger and older fund, that has many purposes in the Colombian coffee industry.

The 2008-2012 crisis was supported by the govt by in excess of USD 1.5 billion according to the Financial Times.